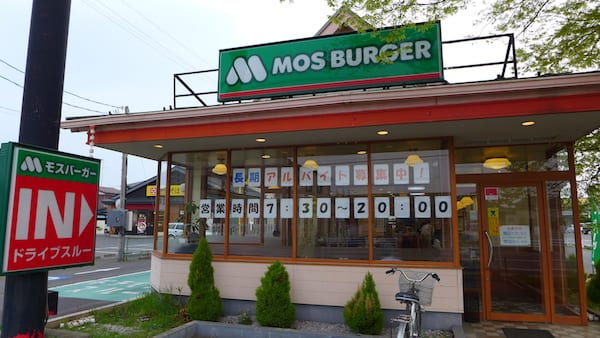 Mos Burger is the second-largest fast-food franchise in Japan after McDonald's but it  can also be found in Taiwan, Singapore, Hong Kong, Thailand, Indonesia, South Korea and even Australia! We had never heard of them and after wandering about Cat Island (Tashirojima) all day we didn't feel like a proper sit-down meal, so some fast food was the answer.

Inside the decor was homely and not your usual plastic-stylised world with proper tables & chairs and a separate room for smoking (which is surprisingly popular in 2016 Japan). 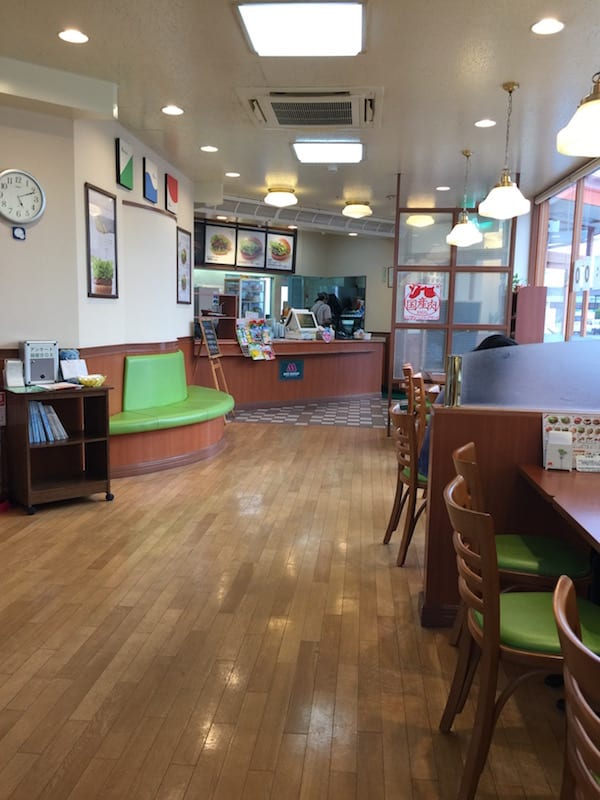 A detailed menu can be found here. 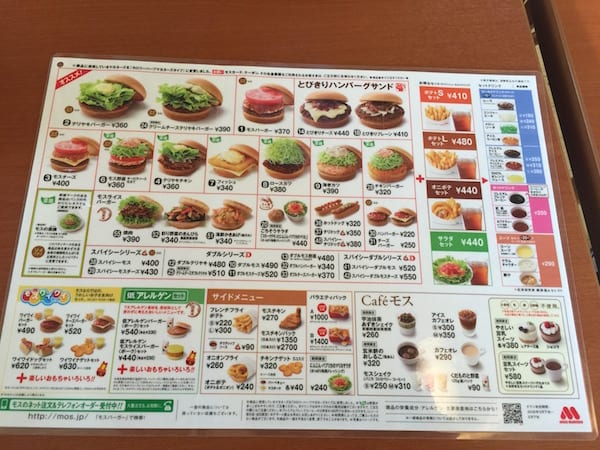 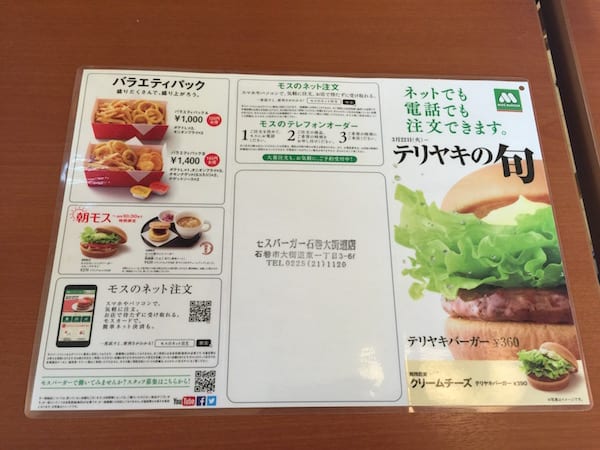 We ordered our meal and were asked to sit, before that we checked out the toilets (clean and proper Japanese toilet 👍) and shortly after our order was delivered to our table. 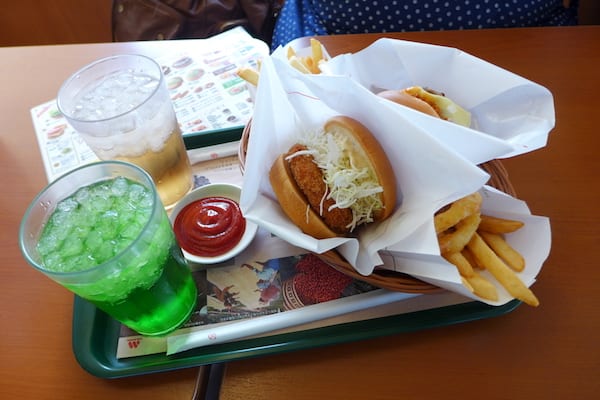 Mrs Foodie loved the glow in the dark melon soft drink.  If you like the drink Midori, you will love this. Mr Foodie quaffed some thirst quenching ginger ale which received a thumbs up too. 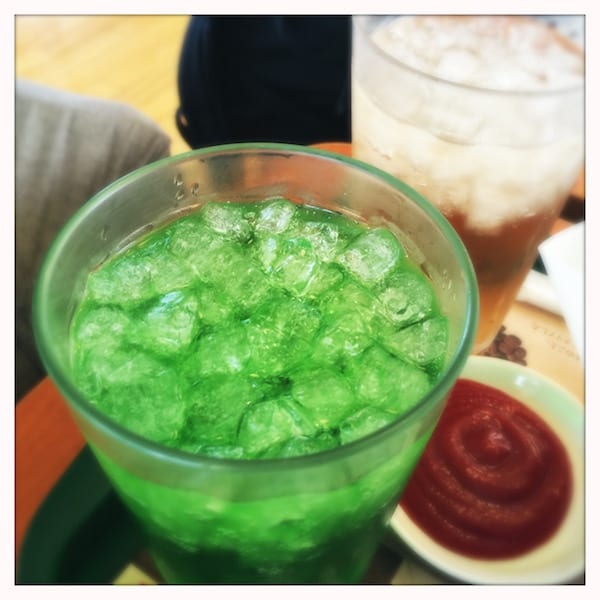 The food did look surprisingly like it did in the menu. 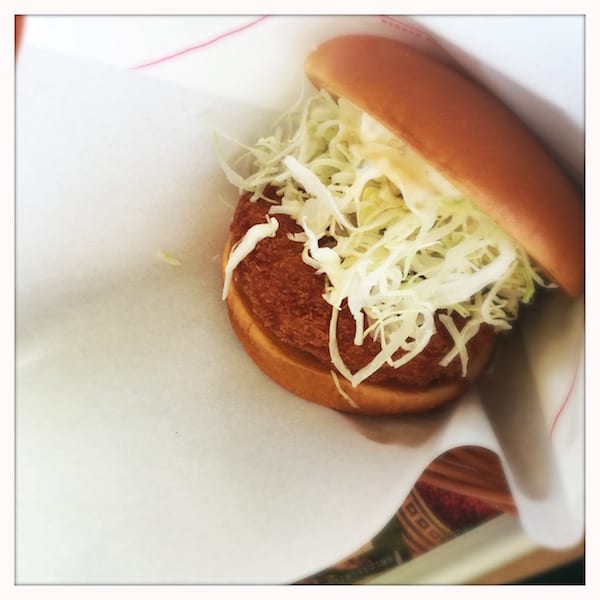 Mr Foodie picked a shrimp cutlet burger, something a bit different, it's a surimi-style burger coated in a crisp crumb.  Served with shredded lettuce and creamy Japanese Mayo whilst Mrs Foodie picked a Mos Cheese Burger.

Instead of the thick tomato slice, some mushy tomato - tasty but not really what I wanted!  The burger was a little bit bigger than a McDonald's cheese burger but not enough to fill a belly!

The meat patty was the traditional thin patty and tasted juicy and fresh.  Served on a fluffy, soft bun.

The only drawback was compared to the general Western burger size trend these were small (well everything is in Japan!) so two are probably needed to fill an empty stomach! 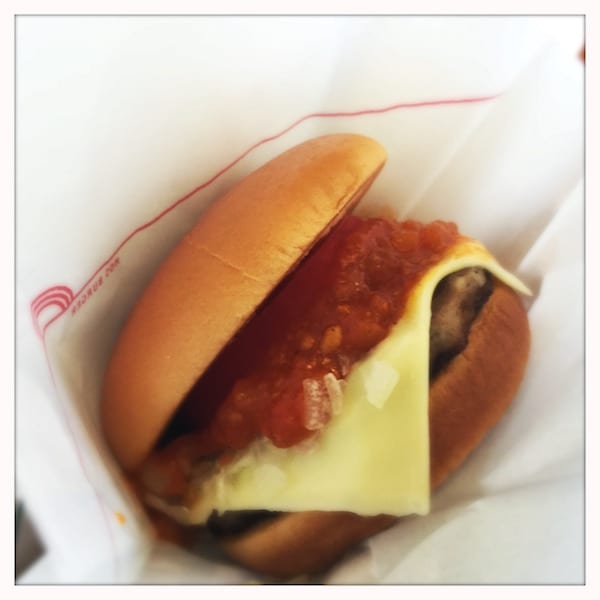 We would probably go again if looking for something fresh and quick to eat.

+ Freshly made, looked like it did in the photo
+ Good Service

- Size was a bit small so not very filling