Yorkville is one of Toronto's hippest areas. A place with an association to famous faces such as Margaret Atwood, Joni Mitchell and Neil Young. It's just north of and within walking distance of downtown. We walked from our hotel, the Le Germain on Mercer St, which took just over 45 minutes in winter. Why did we take such a long walk in chilly temperatures? Well for dinner at the highly recommended Kasa Moto, a stylish Japanese fusion restaurant run by the Chase Group who operate a number of well regarded restaurants within the city. Plus we didn’t want to miss out in seeing as much of Toronto as we could. 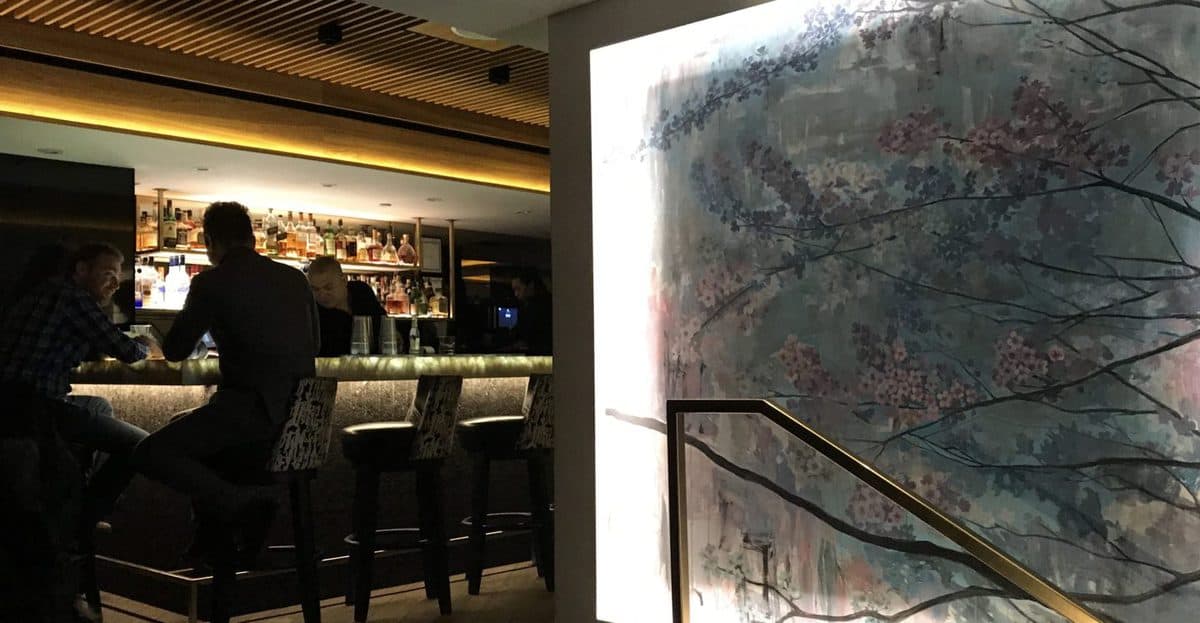 The name hints at Japanese cuisine but with a Mediterranean or Mexican influence, with 'Kasa' coming from the Spanish word for 'house' and 'Moto' meaning 'origin' in Japanese. Toronto is actually one of the world's most diverse and multicultural cities so crossover in food styles is perhaps more prevalent than what we're used to back in Scotland.

Going back to our visit, we arrived on a cold, dark night. Inside, it was dark too with imagery of Koi carp and sakura (cherry blossom) creating a chill factor of a different kind. In fact, it felt more like a sleek nightclub than a restaurant - there actually is a bar with roof terrace upstairs but unfortunately we didn't see it when we were there. 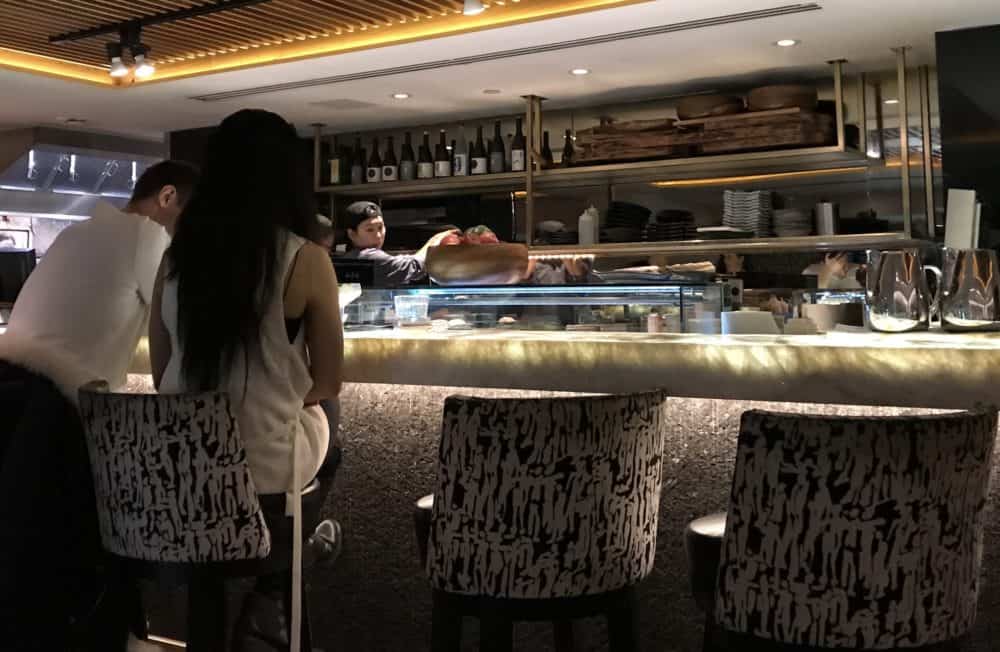 Welcomed on arrival with our coats taken, we were shown through the busy restaurant. There are seats at the bar where you can watch staff do their thing and probably walk in without a reservation but we already had a table reserved for us at the back. Upon being seated our drink order was promptly taken. 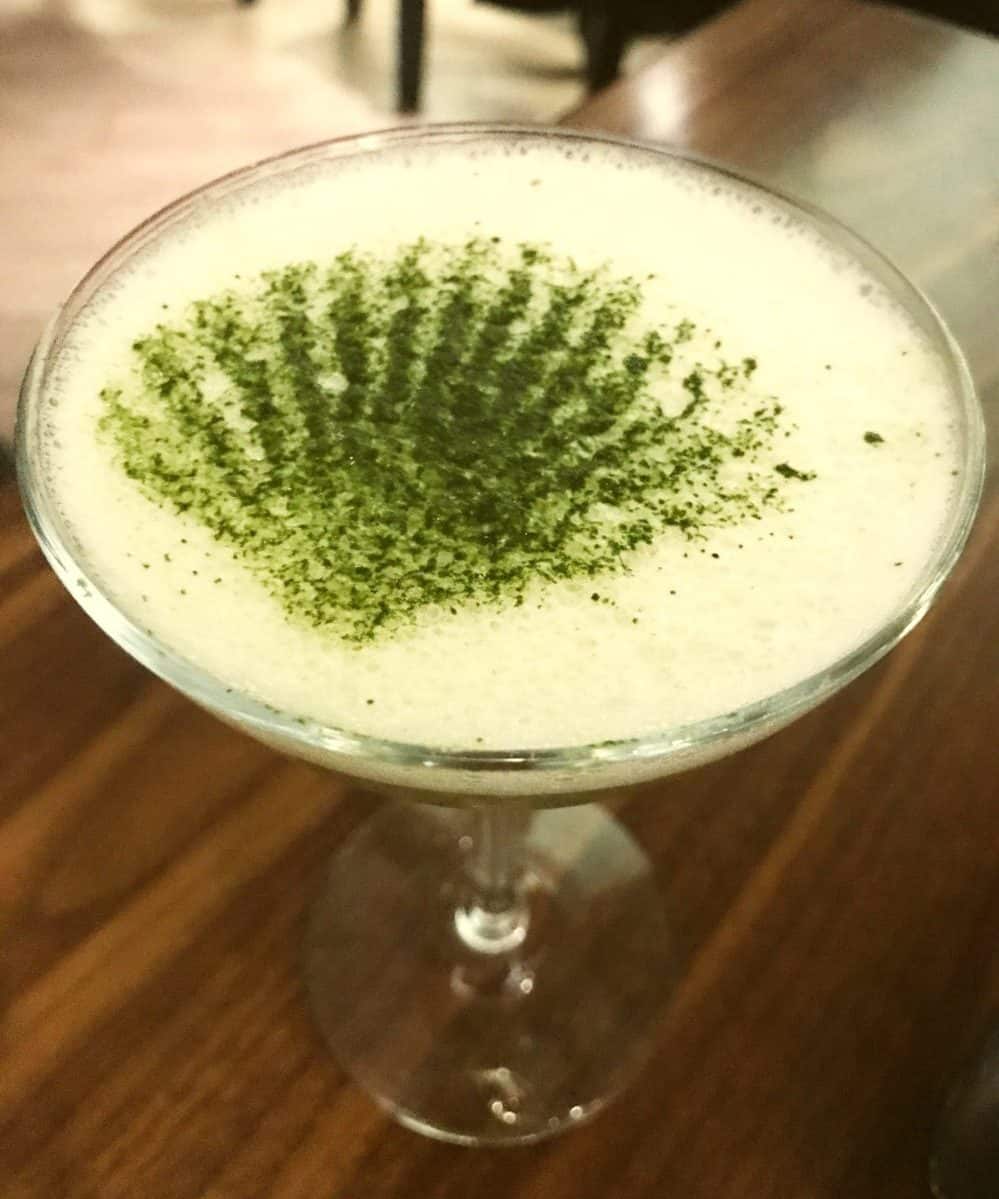 Mrs Foodie, always a sucker for matcha green tea, ordered the Spirit of Sayuri ($18), a cocktail made with Ciroc coconut vodka, matcha, coconut water and yuzu. While I stuck to beer, local beer in fact from nearby Henderson Brewing who we were previously unaware of. Ordering up a Food Truck Lagered Blonde first and following up with an award-winning take on an English ale brewed like beer would have been brewed in 19th century Toronto. This was a red beer with malty, hoppy and caramel aromas and flavours. 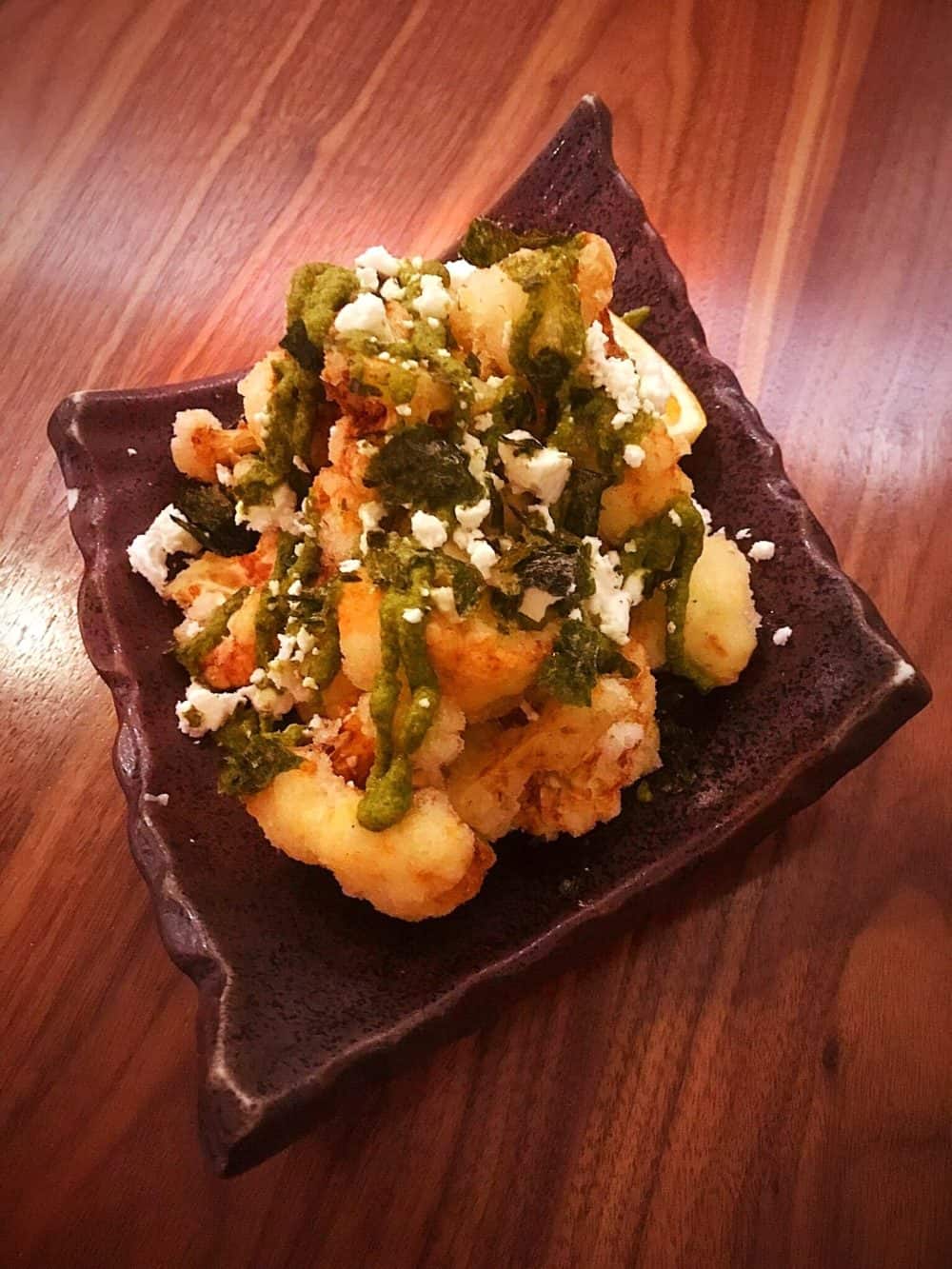 Our first dish was a good representation of the cuisine that we were expecting. Cauliflower karaage ($14), poblano cashew crema, toasted nori and monforte goat feta. We have actually eaten karaage in Japan - usually made with chicken, but here was a veggie version, still fried and crispy but with Mexican pepper cream and Greek-style cheese that is actually made with Ontario provence. We are big fans of cauliflower pakora back home so this moreish dish went down a treat. 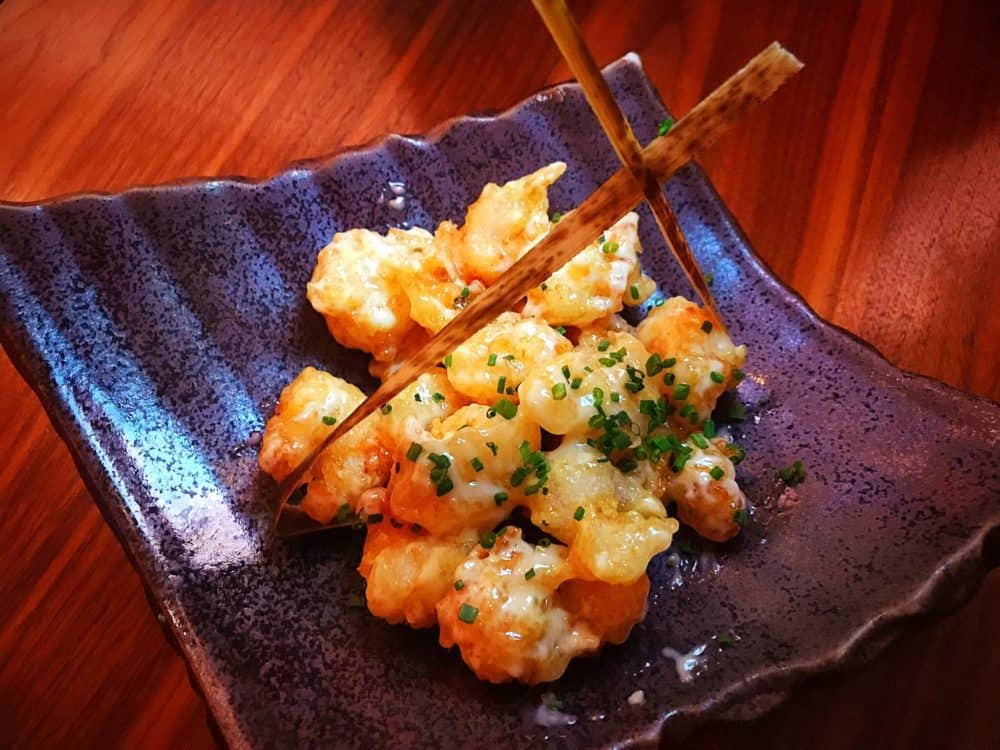 More food in batter this time with a lighter coating but still a crunch, the Rock shrimp tempura ($19) came with yuzu, pepper aioli and wasabi and had a good balance of citrus, spicy and creamy flavours making this another snacky, moreish dish for sharing. 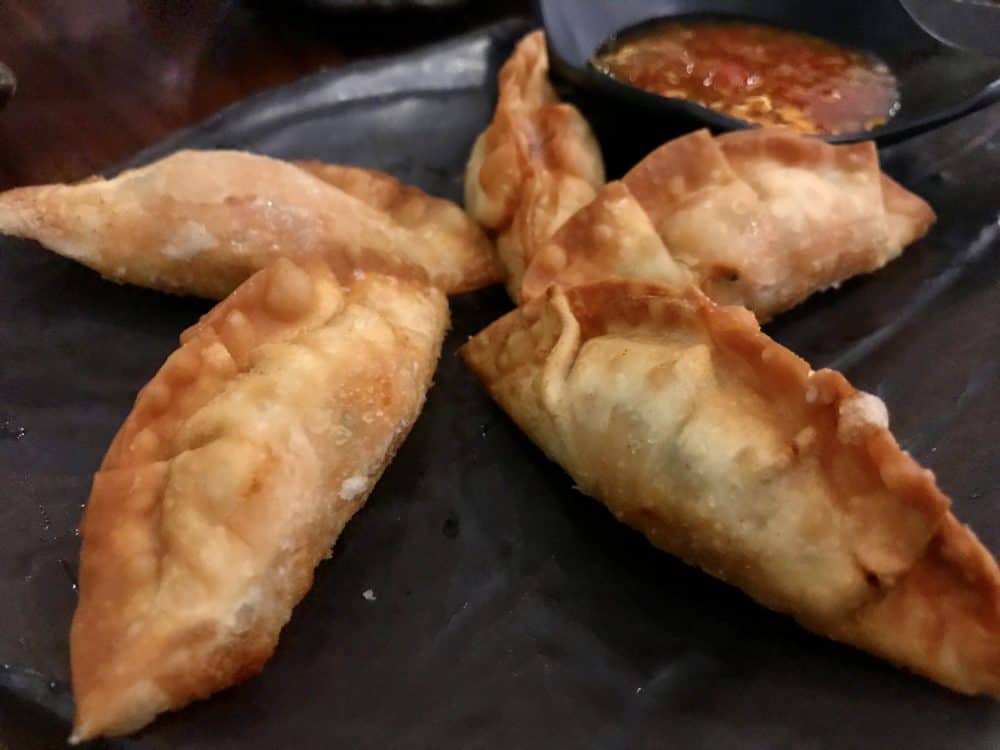 Why have regular gyoza when lobster is on the menu we thought, and I think this is the first time we have ever eaten lobster gyoza ($22) coming with scallion (spring onion), ginger and habanero - so more Mexican pepper goodness with spicy ginger and earthy allium flavour. 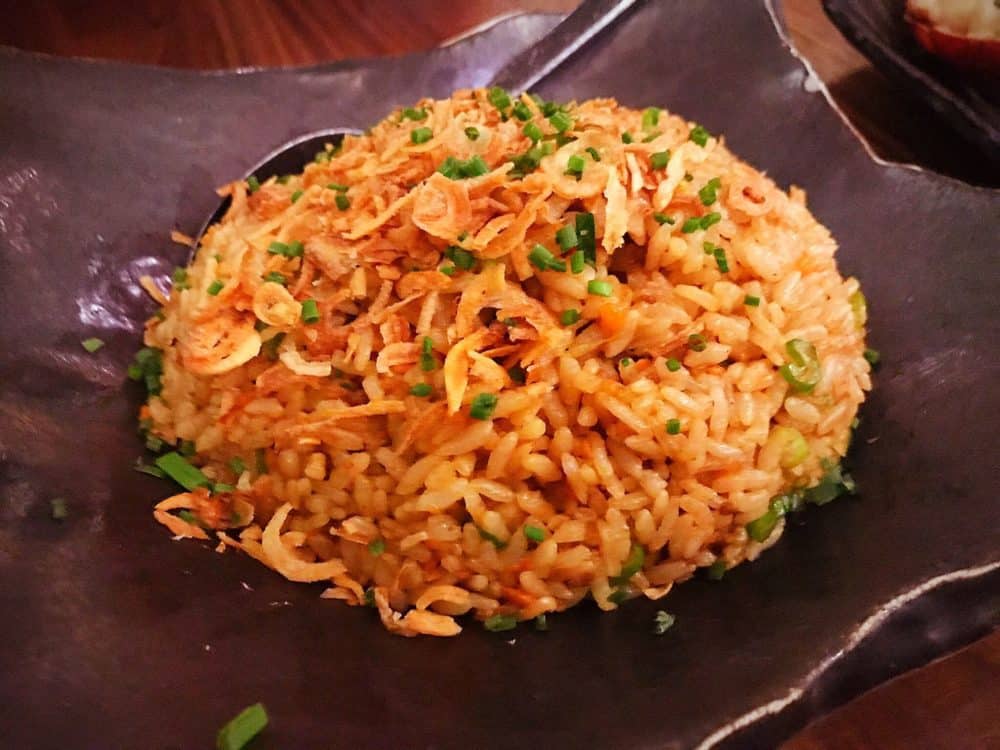 Just like the lobster above, if you have a sense of adventure and you see Wagyu fried rice ($18) on the menu then you shouldn't pass it up. You might be looking at this thinking where's the beef? Wagyu is fattier and more buttery than your typical steak so it sort of melts into the rice imparting a beefy flavour. But don’t worry the beef is there. Also mixed into the rice was soy butter, crispy shallots and chives for texture and more earthy vegetal flavours. 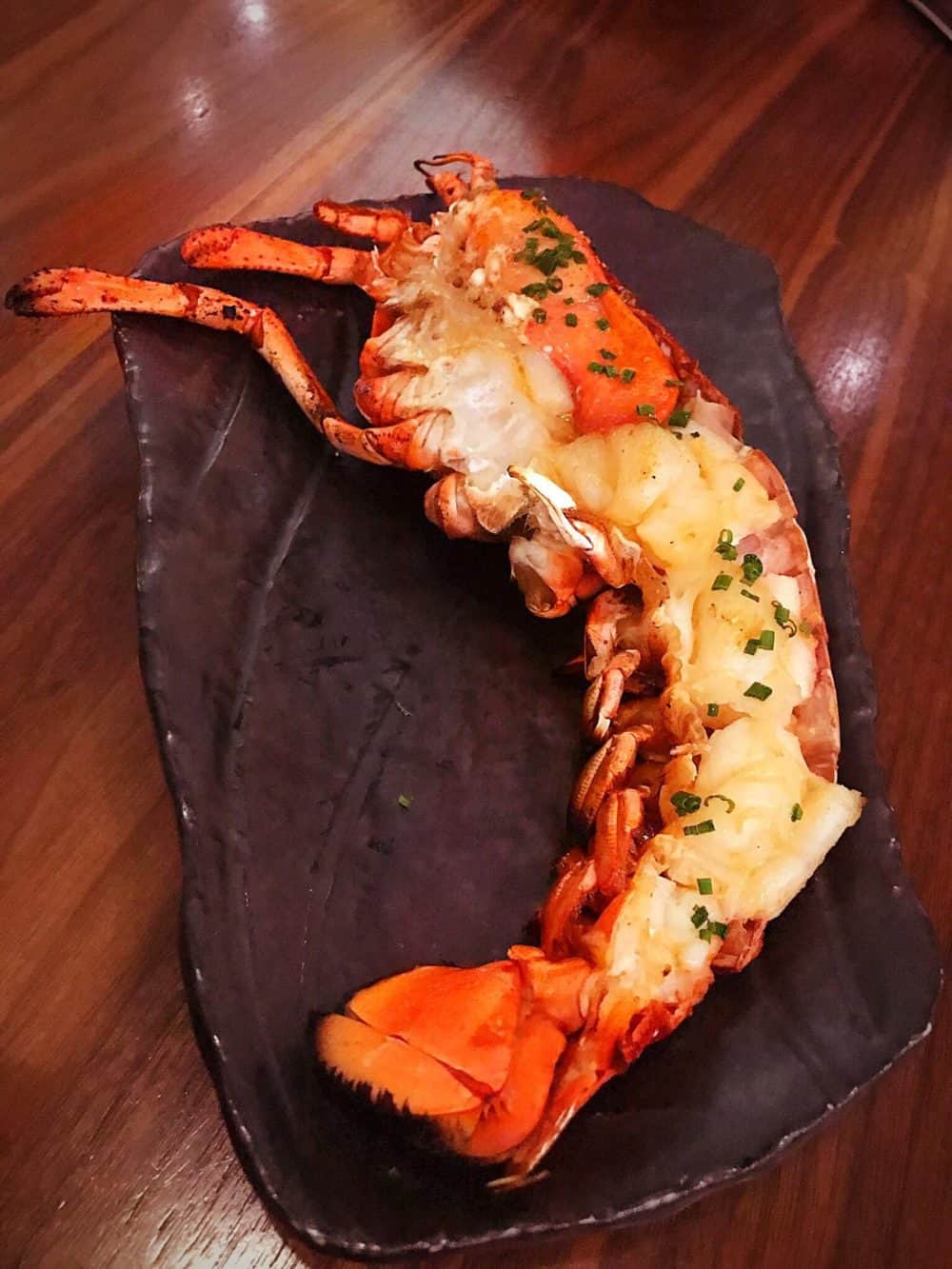 And if the gyoza doesn't appeal to you then you can also have a half lobster ($28) with saikyo miso butter. 28 Canadian dollars is around £16 - £17 which isn't bad. 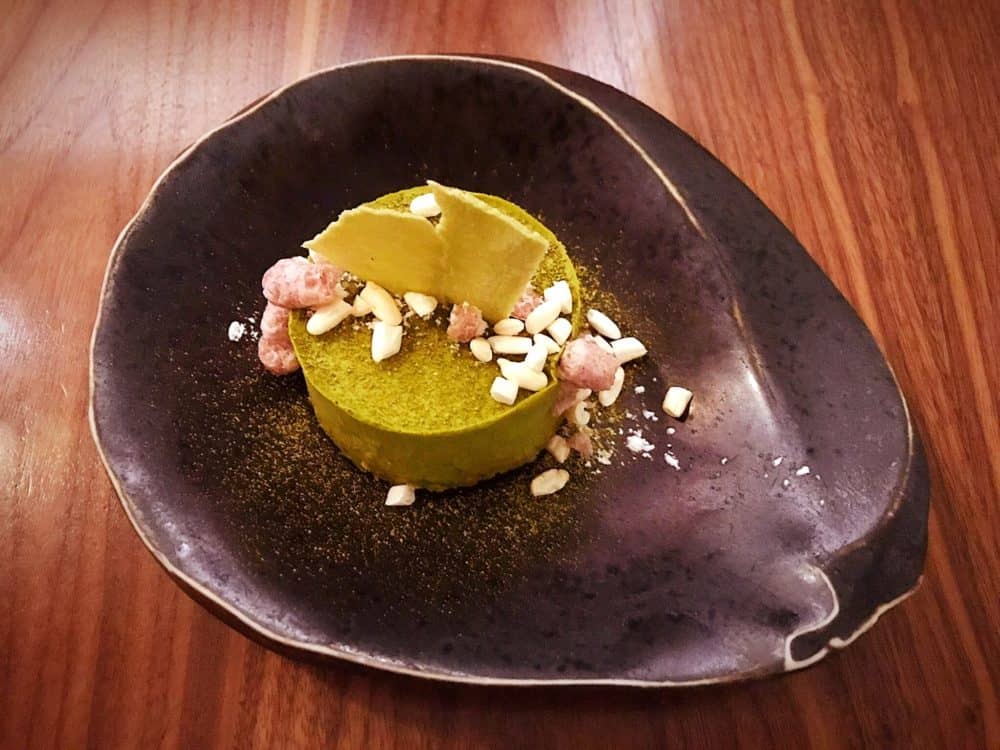 Matcha cheesecake ($12) Graham crust, crisp rice and green tea glaze. A customary dessert at Japanese restaurants back home in the UK but with a North american twist given the Graham cracker crust. Being both matcha and cheesecake lovers we enjoyed this a lot. 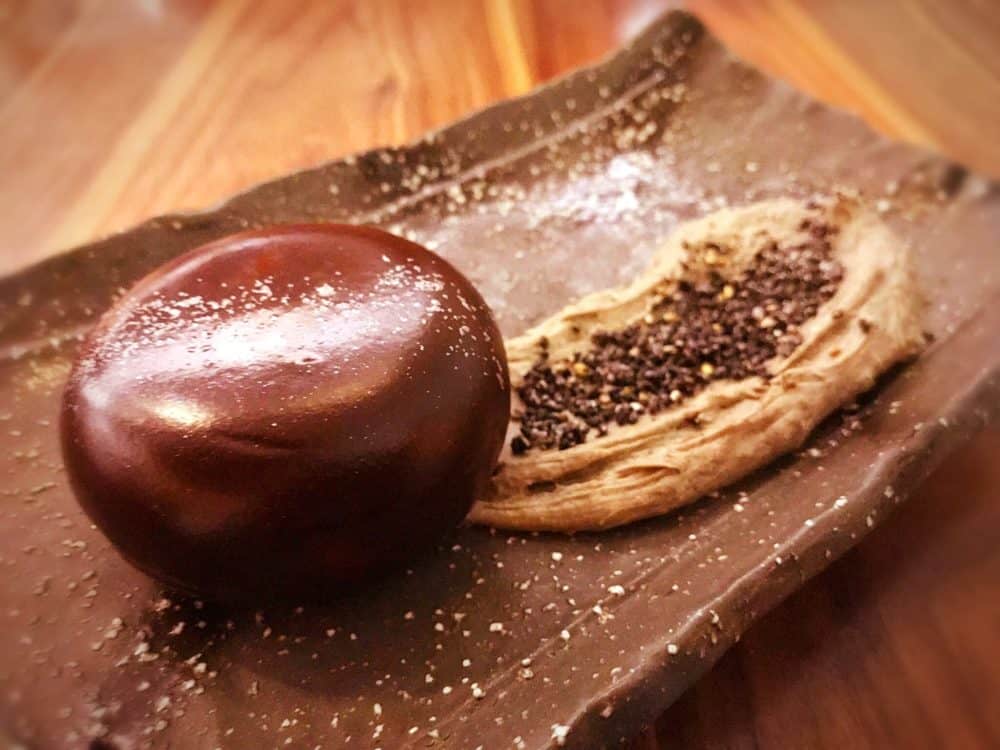 Chocolate stone ($9) with milk chocolate mousse, dark chocolate sponge, black sesame cream. My kind of dessert, rich, sweet and decadent with just a hint of sesame to give it an Asian touch.

Kasa Moto is an upmarket restaurant in one of Toronto's coolest neighbourhoods with an intriguing menu, Japanese in nature also pulling in influences from Spanish and South American cuisine but also utilising more local Canadian ingredients. The menu appealed to us making it difficult to just pick out a few items, especially with Foodie Explorers favourites such as soft shell crab and California rolls - there are plenty of other sushi varieties too and further fusion options include crab tacos, edamame hummus, scallop ceviche and wagyu carpaccio. It isn't cheap but you get what you pay for and this is a stylish restaurant with wagyu, lobster and great food and drinks in general. Service was also exceptional so we would happily return here again.

Disclaimer: we received a complimentary meal but made sure to leave a 20% tip, which they deserved. Fred vouches for out truthfulness even though he wasn't there - he was back home in Scotland curled up into a ball. Purr purr.