McDonald’s has launched a bigger version of its famous Big Mac Burger, the Big Mac Grand, as well as a junior version to celebrate the Big Mac’s 50th Birthday.  The Big Mac has been around since February 1968 when it was born in Pennysylvania, USA.  The original price was a mere 45 cents! 🍔

Being a fan of that magical McDonald’s Big Mac special sauce,  Mrs Foodie talked a hungover Mr C into some lunch to try the Grand Big Mac out. 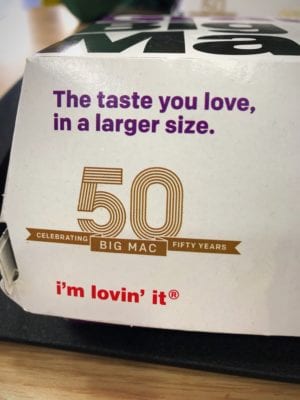 So what is a Grand Big Mac? It looks just like the original McDonald’s Big Mac but wider. But did it taste as good?  There was only one way to find out... 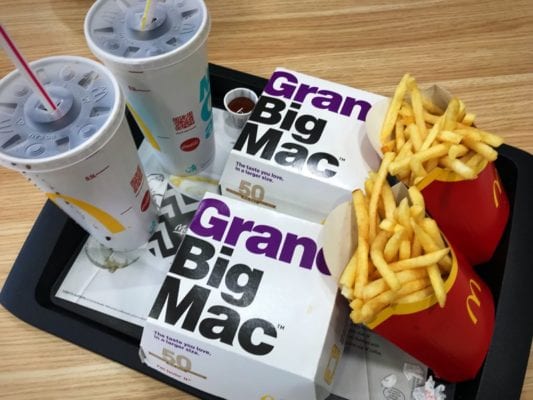 There’s seemingly two heftier beef patties, two slices of cheese and more lettuce and onions on this iconic bun but looks-wise it was underwhelming compared with what’s available in the hipper burger joints these days. Could there be enough magical Big Mac sauce to save it? 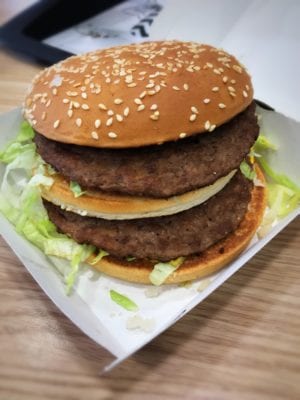 Let’s also have a look under the bonnet... 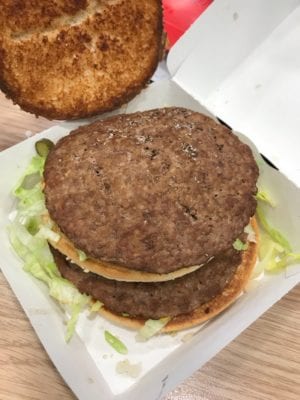 The larger meaty patty was definitely dry(er than the usual burger?).  Was this just our luck? We were there at lunch time so the burgers should have been in tip-top condition. 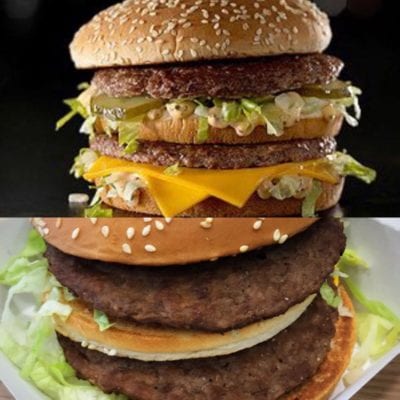 The top image is what is advertised - the patties look meatier, the lettuce is more consistent and you can see the cheese but the bottom image is what you actually get. Two dry floppy burgers with shrivelled-up cheese and lettuce everywhere.

If you enjoy McDonald’s burgers, then this is one for you, but more sauce was definitely required for my tastes!