When in the East End of London and immersed in a sea of South Indian restaurants where should you go?  Well, we decided to visit Chan’s Restaurant for Peking and Cantonese cuisine and were able to find a table on a Saturday night without a reservation (there's also more seating upstairs if downstairs is full).

This may seem like a strange choice but we were drawn in by its old school neighbourhood look and high score on Google reviews. We did a bit more internet research and found out that Photographer David Bailey frequented here and Chan’s has actually been part of the fabric of East Ham since 1941! 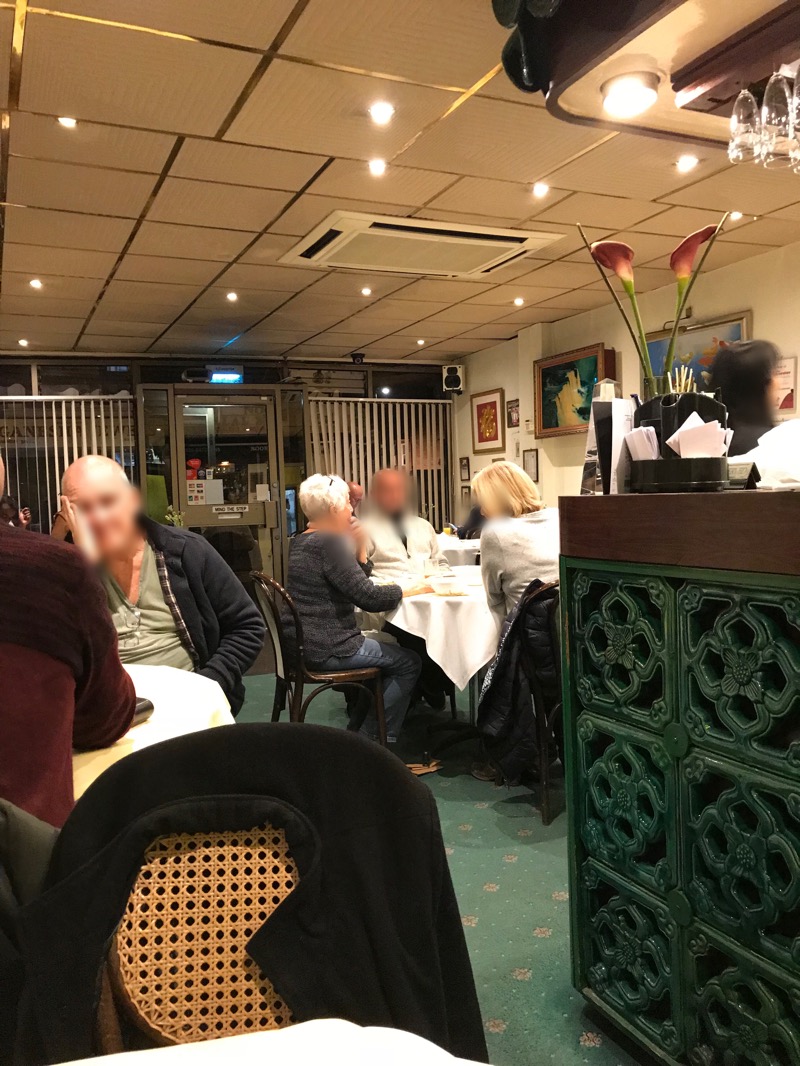 Step inside for some brisk and friendly service. We were seated quickly within the restaurant which has 70's, 80's and 90's styling inside and the Chinese tiled roofed bar has a function suite feel. It was like stepping back in time to somewhere that has been a long-standing family favourite restaurant. Guests chatted comfortably with staff and takeaways were regularly being called in and delivered out. 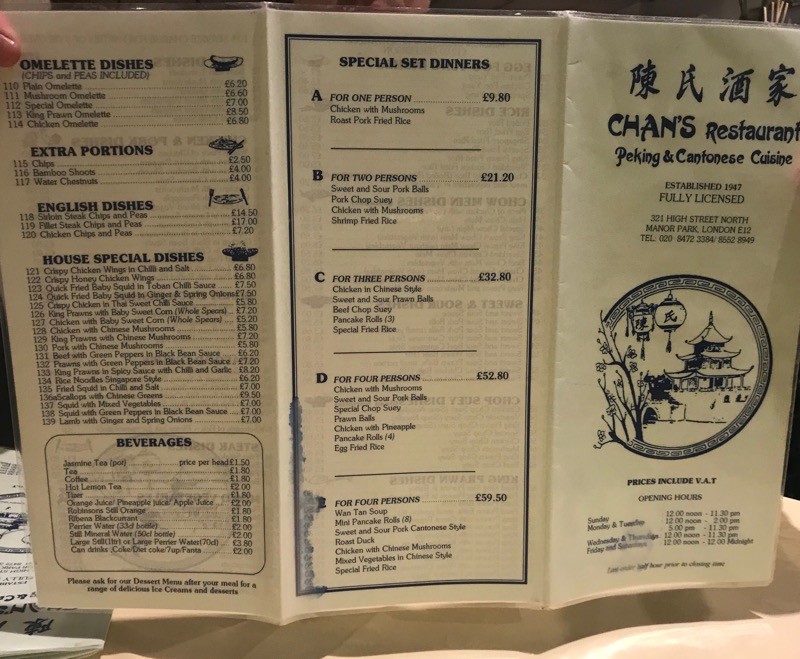 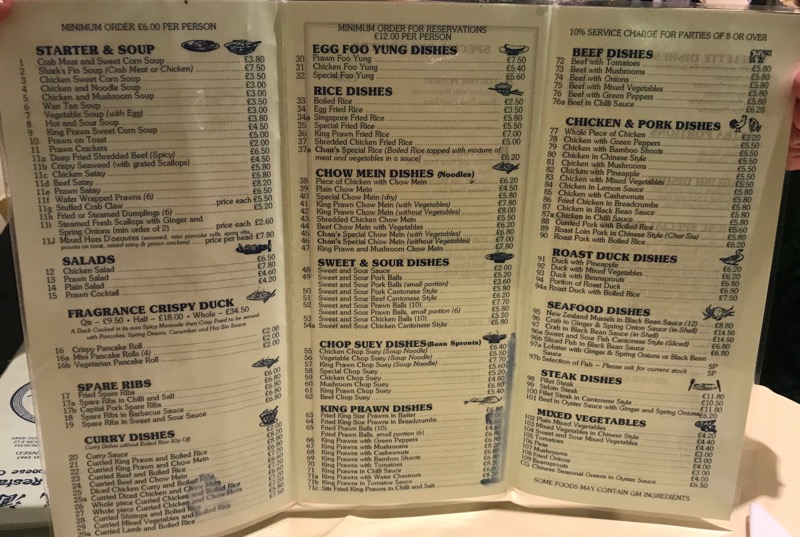 They had a Chinese red and white wine listed but we were told that these were no longer stocked (boo!) so just asked for soda water and lime but what arrived was two bottles of Perrier with lime cordial.

I'm sure that "floater coffee" is fine but it sounds a bit um...dubious. 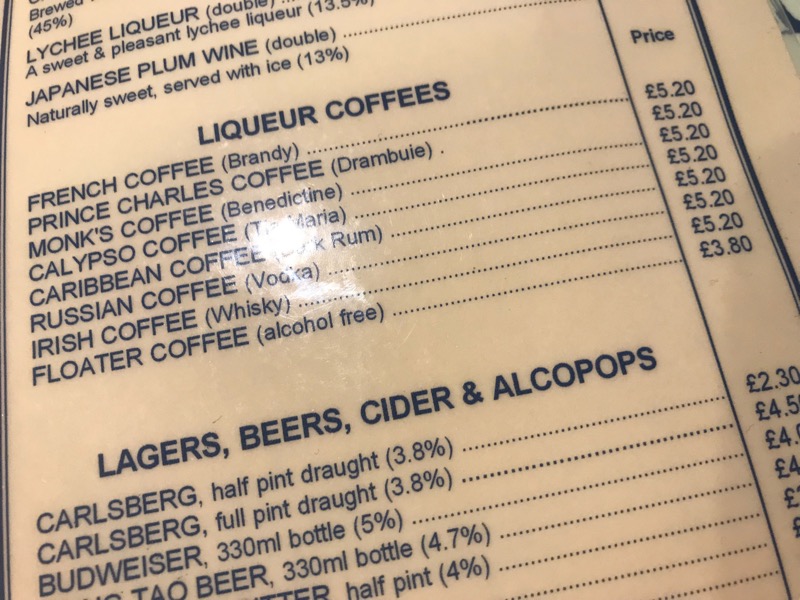 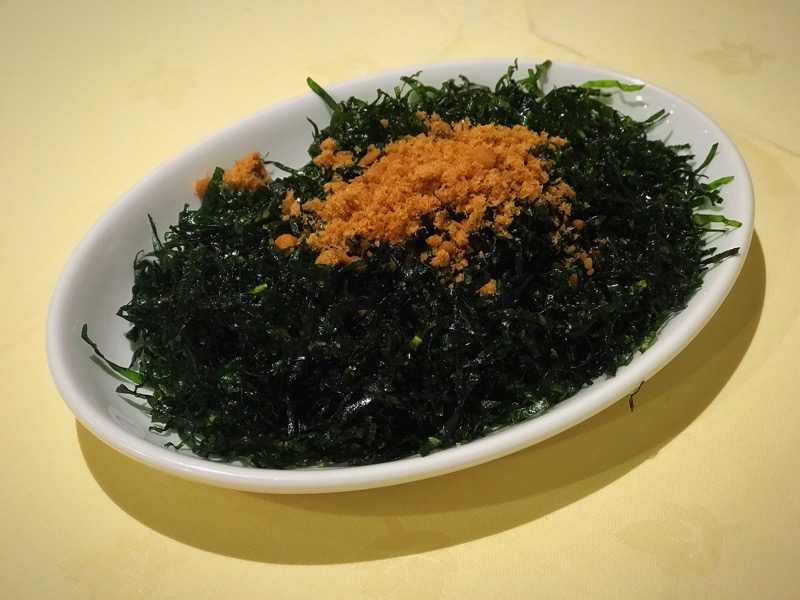 Finely shredded green stuff and dehydrated...stuff, which tasted quite sweet and had a dusty consistency. Overall pretty salty, quite moreish but goes all over the table like puff pastry when you take a forkful (or can Mr Foodie just not eat without making a mess?!). No, it is messy even fi you aren't Mr Foodie. 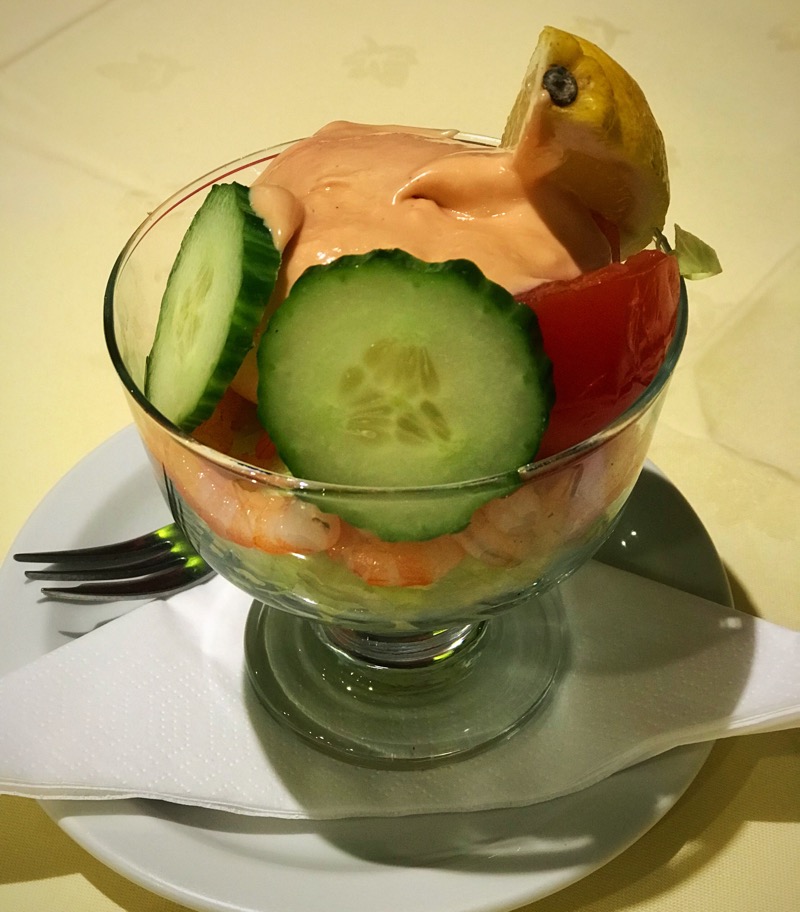 Mrs Foodie just had to order the prawn cocktail.  Lots of prawns with far too much sauce to lettuce ratio.  It did the job of tasting like a classic 1970's prawn cocktail though. 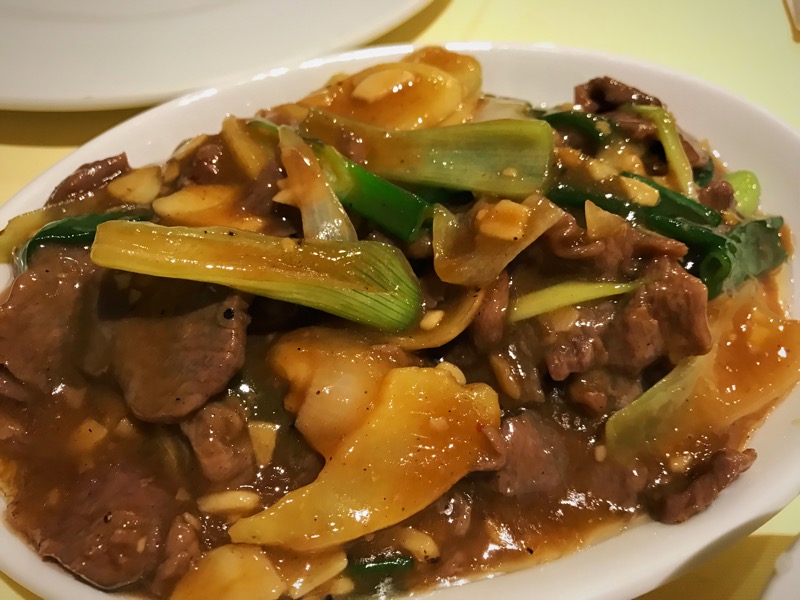 Lamb with ginger and spring onions

Lamb might not be a typical Chinese dish but lamb dishes are popular in Xinjiang/western China and so we took a gamble on this but the lamb tasted suspiciously like beef. Big slices of ginger and massive amounts of spring onion in a fairly typical Chinese sauce. Mr Foodie enjoyed it. 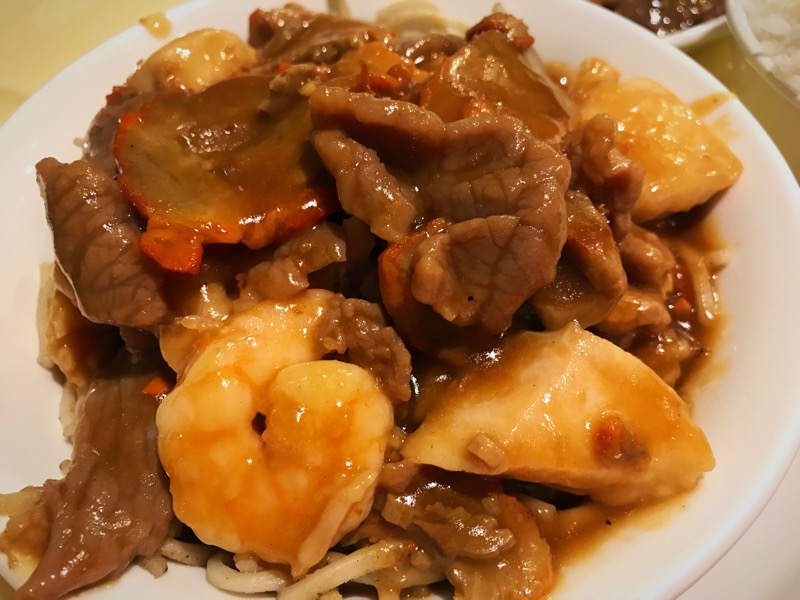 Char Sui pork, chicken, beef and prawn in noodles coated in gravy.  Tasting just like homemade chow mein. The thick gravy of soy and oyster sauce was comforting.  That basically sums up the meal for Mrs Foodie, comfort food.

Nothing too fancy but a good local restaurant where you can find classic dishes at good prices - the total cost for two courses each was a mere £29 including 2 soda water and limes. A busy place but service was pretty decent and the meal was delivered quickly. Female toilets are upstairs in the quiet spillover space, while the male ones are in the kitchen, yes, literally in the kitchen, so you get a glimpse of the chefs in action! (so much for Britain being health & safety mad!) Both were clean and in working order.

- Male toilets are in the kitchen so watch out for scalding hot pots!
- Chinese wine listed on menu but discontinued