A taste of Quebec and Canada delivered to your door

The Poutinerie has a well-earned reputation as a go-to for a poutine fix. They can be found at London's Brick Lane market...but what if you are elsewhere in the UK and have a craving for Canadian-style comfort food?

Their DIY Poutine Kit is perfect for a night in when you want something comforting, especially in times of Coronavirus when you might not be leaving the house so much.

In the kit is everything you need for poutine at home, even The Poutinerie boxes to recreate the street food feeling. 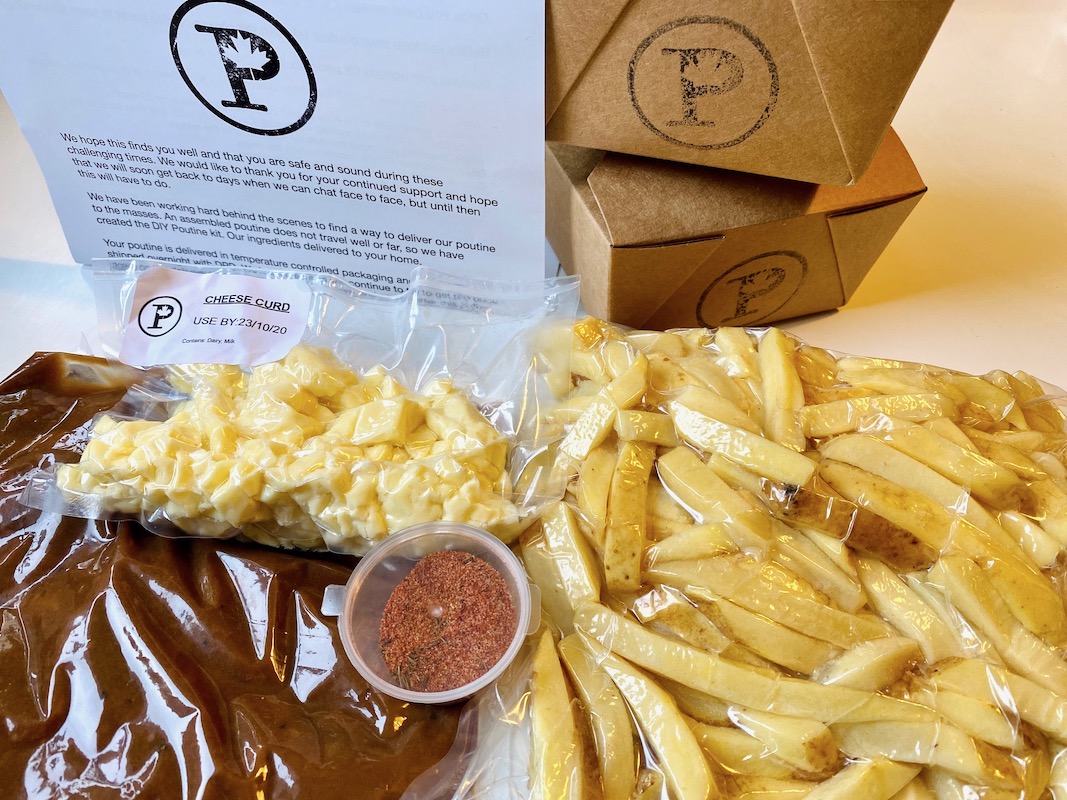 The ingredients are packaged as double portions to save on plastic waste.

Poutine is much more than chips, cheese and gravy. Poutine is french fries and cheese curds topped with a brown gravy. The origins are clouded in the mists of time but it is thought to have emerged in Quebec in the late 1950s.

How To Pronounce Poutine

In the English speaking areas of Canada it is pronounced "poo-teen" whereas French Canadians pronounce it "poo-tin".

French fries: soft on the inside and crispy on the outside. Thin chips means that the gravy can dribble down through all the layers.

Cheese curds: squeaky fresh cheese curds give poutine its unusual texture. If your cheese curds are thick enough they won’t melt when the gravy is added, but merely soften. The squeak from the cheese is just like the noise of a balloon being tied.

Gravy: generally the gravy is made with a mixture of chicken and beef broth thickened with some cornflour. For vegetarians you can order a meat-free kit for the same price. There is no vegan cheese kit though. 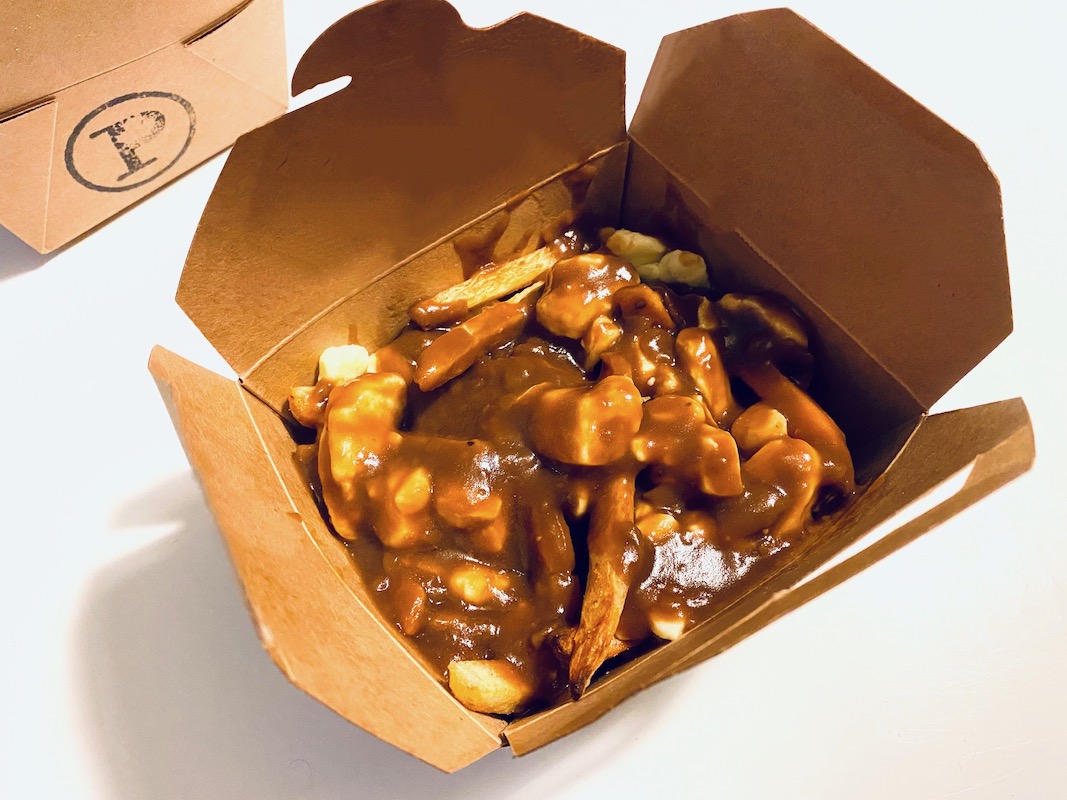 How to serve poutine

Once the fries have cooked, drain them of fat and place immediately into a bowl or deep plate (this keeps the heat in). Add the cheese curds and then as much gravy as you wish. 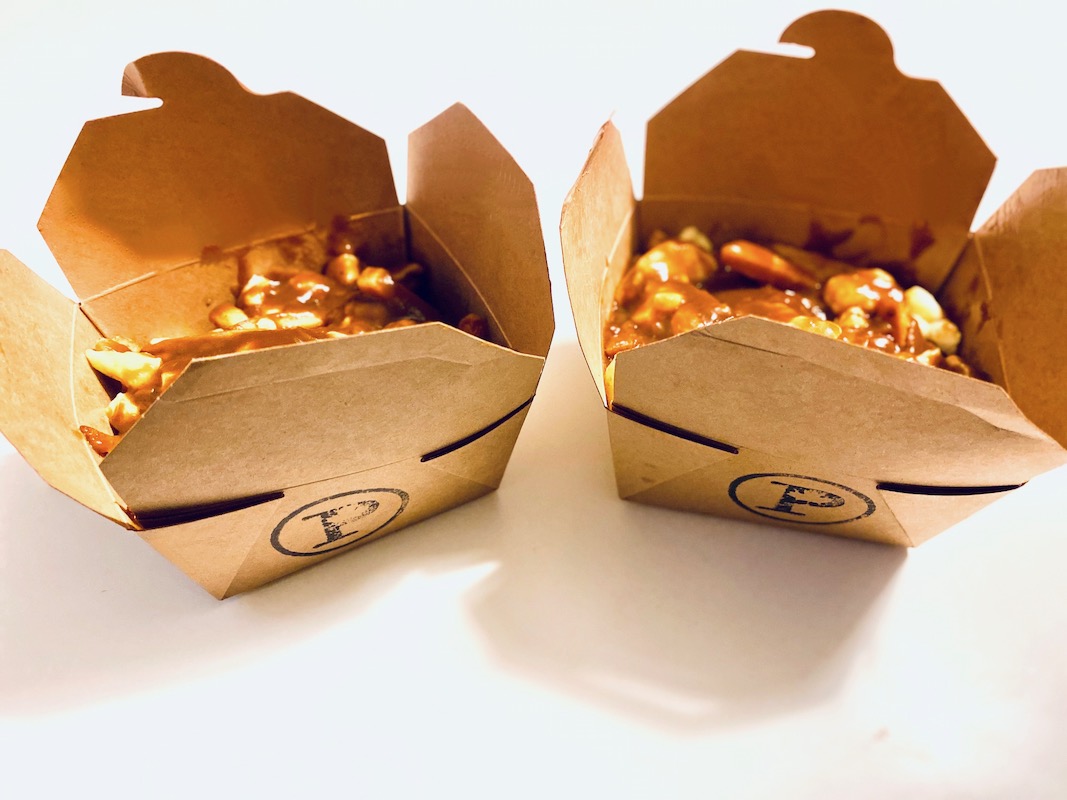 How to eat poutine

It has to be a fork. There’s no other way of eating gravy coated fries without dribbling gravy all over you.

👍 These are well tasty, the silence as we munched our boxes of cheesy, gravy-covered fries was noted.  It was so quiet we could hear the squeak of the curds. The only negative is that a portion for 2 including delivery is almost £20 but it is very filling so more of a main meal than a snack and it's the sort of thing you would want to order a few portions of so take note that orders over £35 have free delivery. Should you just want the authentic cheese curds for adding to your own fries and gravy then you can order them on their own at £3 for a small bag and £5 for a larger one.

Order online at The Poutinerie.

Orders are opened at 4pm each Sunday with the kits depatched on the Thursday. Being based in Glasgow we received ours on a Friday. The cheese curds keep good for a full week. Any orders placed after 7pm on Wednesday will be shipped the following week. Shipping for orders under £35 is fixed at £4.95 with delivery in temperature controlled packaging. We were also emailed an approximate delivery time as well, which was helpful. 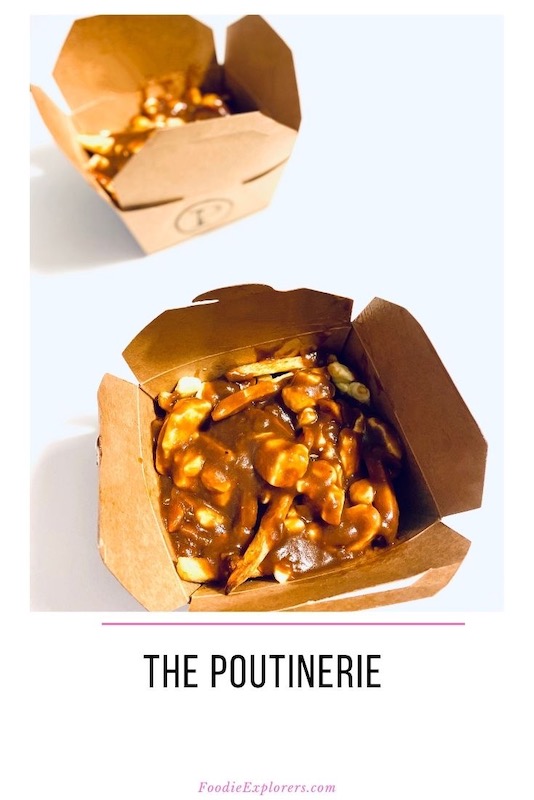