New York State probably isn’t an obvious location where you'd expect to find great American wine. Aside from California you don't see much else from the USA on these shores, although we did once try wine from Virginia from the Turnberry hotel in Ayrshire.

California is warm and sunny all year round. New York has harsh winters. We know all too well as our sole visit to the states was to NYC one February and it was really chilly. However, we have also visited Toronto in winter, which is even further north where we sampled wine (not just icewine) from the Niagara area so we know that grapes can grow there and turn into wine worth drinking - actually, New York is on the same latitude as Spain and Italy so perhaps it's not that surprising that there is a New York state wine industry. Anyway...

Diana at Wine Events Scotland joined up with Susy Atkins, Wine and Drink columnist for the Sunday Telegraph, to guide us through three wines in our most exciting virtual wine tasting to date. The event cost £50 and included three full-size bottles plus a zoom link that covers the whole household (i.e. regardless of however many people you have with you joining the virtual tasting the total you pay is £50). Considering these wines are super-rare and exclusive in the UK; they retail for £20+ each, then suddenly you realise that this is excellent value. When else do you get the chance to try three recommended wines from New York State without going there yourself, which is a bit difficult at the moment..?!

An American Viticultural Area (AVA) is a designated wine grape-growing region in the United States. The seven major AVAs in New York State are shown below. There are also smaller AVAs in the Finger Lakes (Seneca Lake and Cayuga Lake) and on Long Island (The Hamptons and North Fork of Long Island). 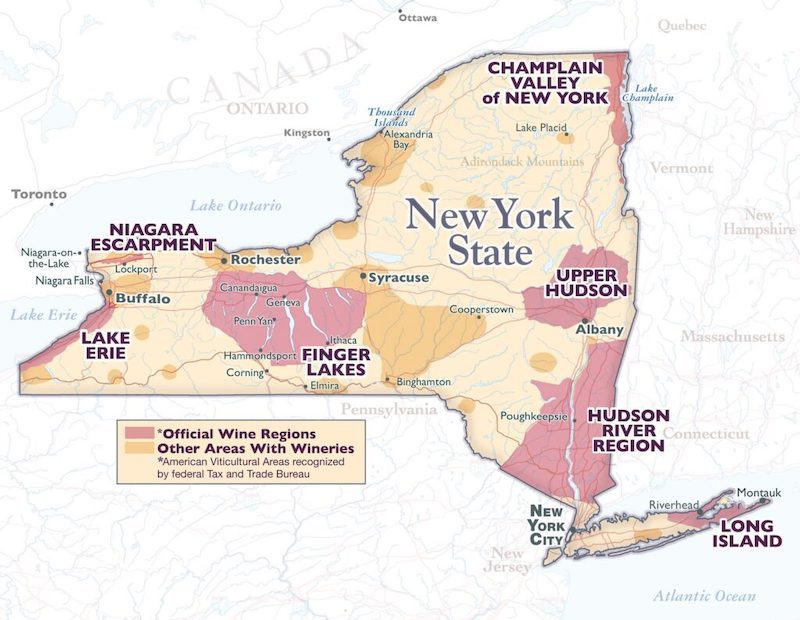 Where are the Finger Lakes?

All of the bottles we tried were from the Finger Lakes district, so named because of the long thin lakes from where the vineyards can be found. They can be reached in about 4 hours from New York City. 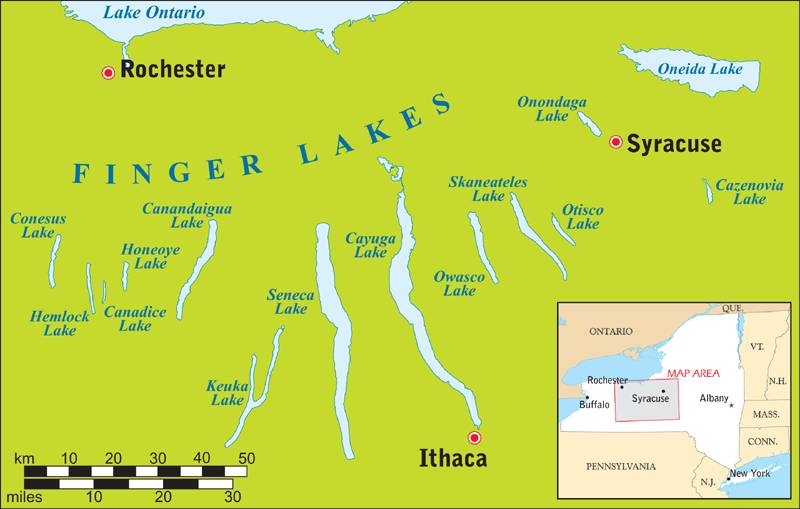 With over 100 wineries and vineyards, the Finger Lakes is New York's largest wine-producing region. 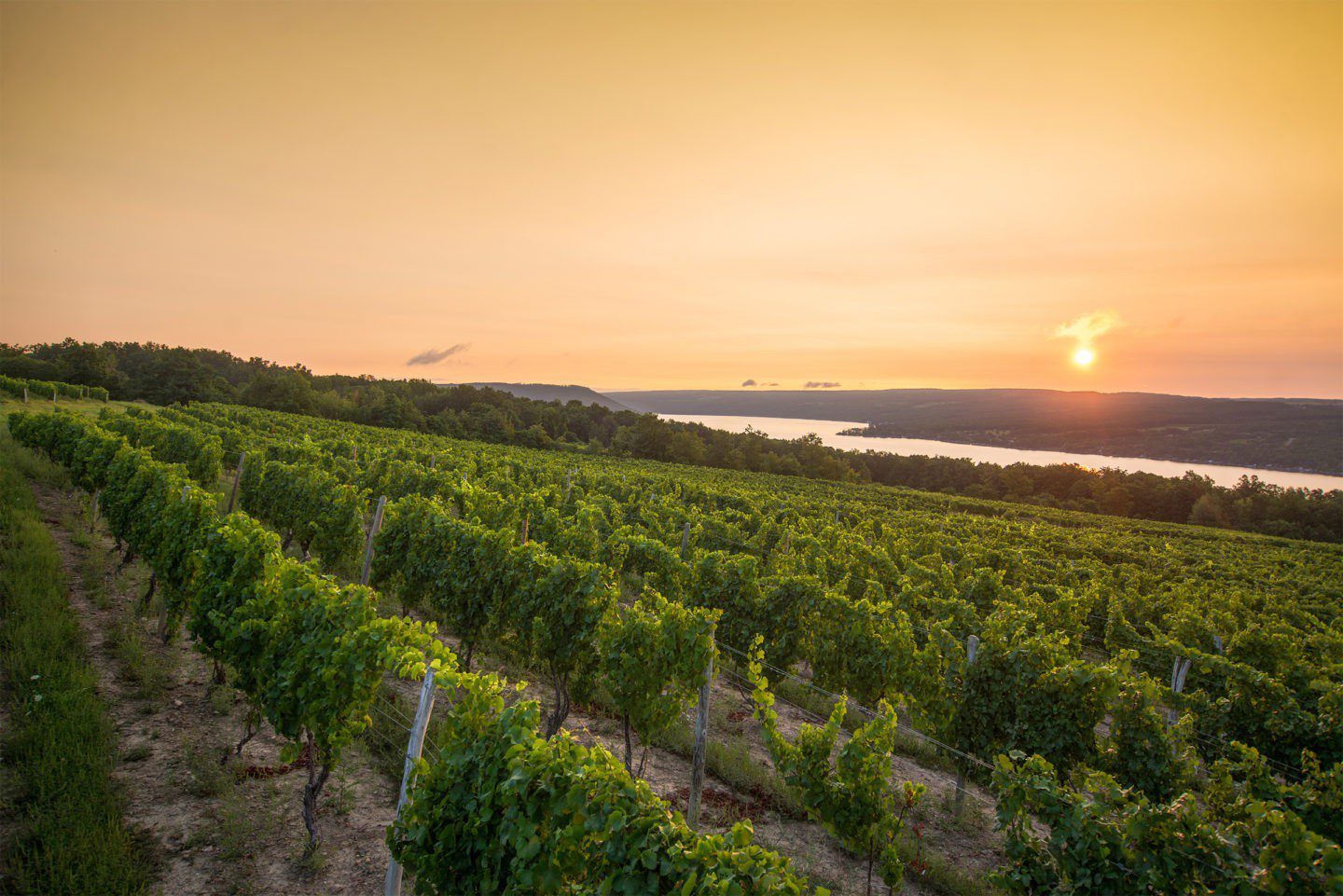 The geography of the area helps the vines to grow, the steep lakeside reflects the areas around the Mosel river and likewise, you will find lots of Riesling here as well. Retaining residual summer warmth in the winter and protected from spring frost (however the temperature can drop to -20!) The main grape varieties grown here are European in origin e.g. Riesling, Gewürztraminer, Cabernet Franc and Pinot noir. Which are handily some of our favourite grapes. 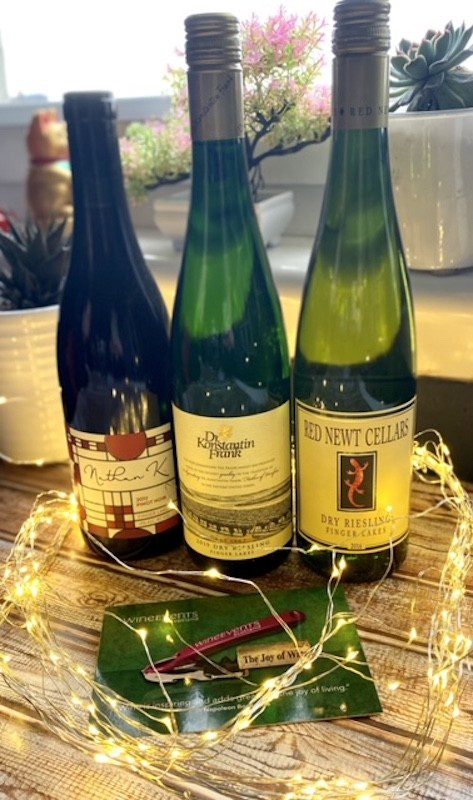 We were joined by Meaghan Frank, Vice President and the great-granddaughter of Dr Konstantin Frank. 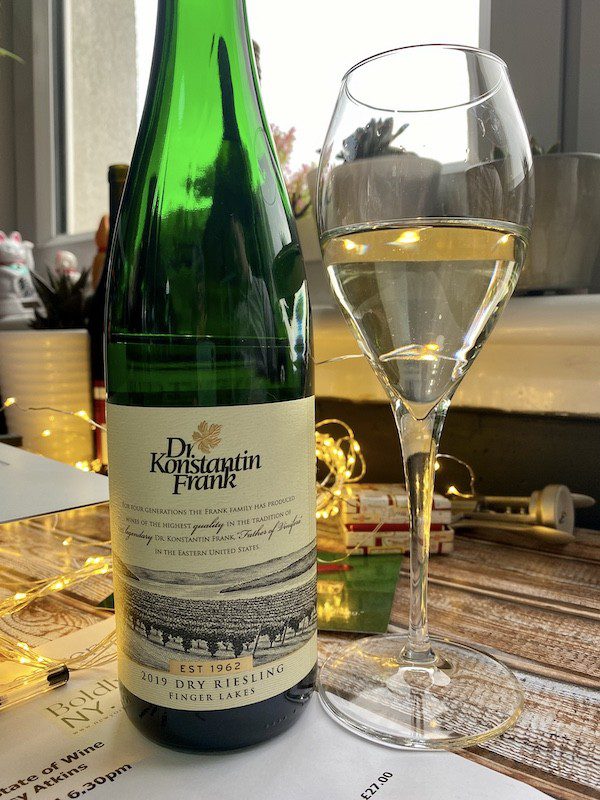 Dr Konstantin Frank originates from Odesa in Ukraine, so that was a plus point from Mrs Foodie already with her family heritage. He earned his PhD in Viticulture immigrated to New York in 1951 with no knowledge of English but a love of a property in the Finger Lakes areas meant he set down roots (and vines!) here.

The Dr Konstantin Frank classic dry style of Riesling made from vines dating back to 1958. This was their 2019 offering and was yellow-green in colour with lots of pineapple, pear and floral aromas and a crisp apple and pear taste.

We were joined by Kelby Russell, the lead winemaker. Red Newt Cellars is located on the east side of Seneca Lake and was founded in 1998 by David and Debra Whiting. Wine production was started with the 1998 vintage with a mere 1,200 cases of Chardonnay, Riesling, Vidal, Cayuga, Cabernet Franc, Cabernet Sauvignon and Merlot. The first white wines were released at the grand opening of the winery and restaurant in July of 1999.

The 2016 Dry Riesling had a yellow-green colour, which was drier than the first Riesling with a mild mineral aroma, some plastic and petrol notes and more of an acidic lemon taste. 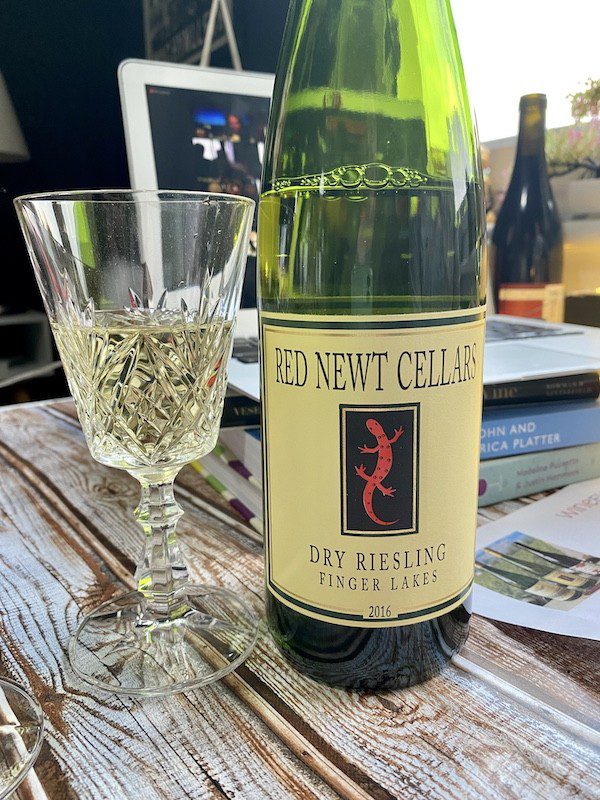 We were joined by Nathan Kendall, founder of Nathan K Wines which is based at Hickory Hollow Wine Cellars. Founded in 2011 by Finger Lakes native Nathan Kendall. He is an internationally trained winemaker who has experience in Sonoma, Willamette Valley, Waipara (NZ), Adelaide Hills (AUS), and Mosel (GER).

This was the final wine in this tasting, a 2017 Pinot Noir. The fruit for this blend is sourced from Seneca Lake vineyards and is aged for one year in neutral French oak barrels. A delicious clear, cherry red colour with an earthy leather aroma. Light strawberry and cherry taste followed by lime acidity. It's like a cross between rosé and orange wine. 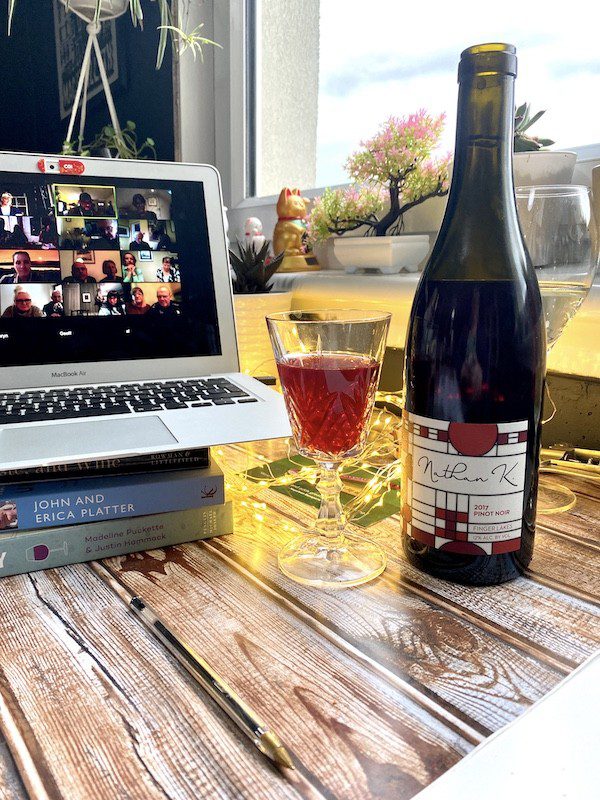