One of the oldest buildings on the Royal Mile

One of the Royal Mile’s oldest buildings, the National Trust for Scotland’s Gladstone’s Land, started a new chapter of its 500-year-old history as it reopened to the public following a £1.5m restoration that included a brand new coffee shop and ice cream parlour.

The building was rescued from demolition in 1934.  The National Trust for Scotland have previously focused on the life and times of merchant Thomas ‘Gledstanes’, who bought the building in the early 17th century. Now the lives of other residents of the property over the centuries are being told too, with three floors of rooms laid out to reflect how they would have lived and worked. 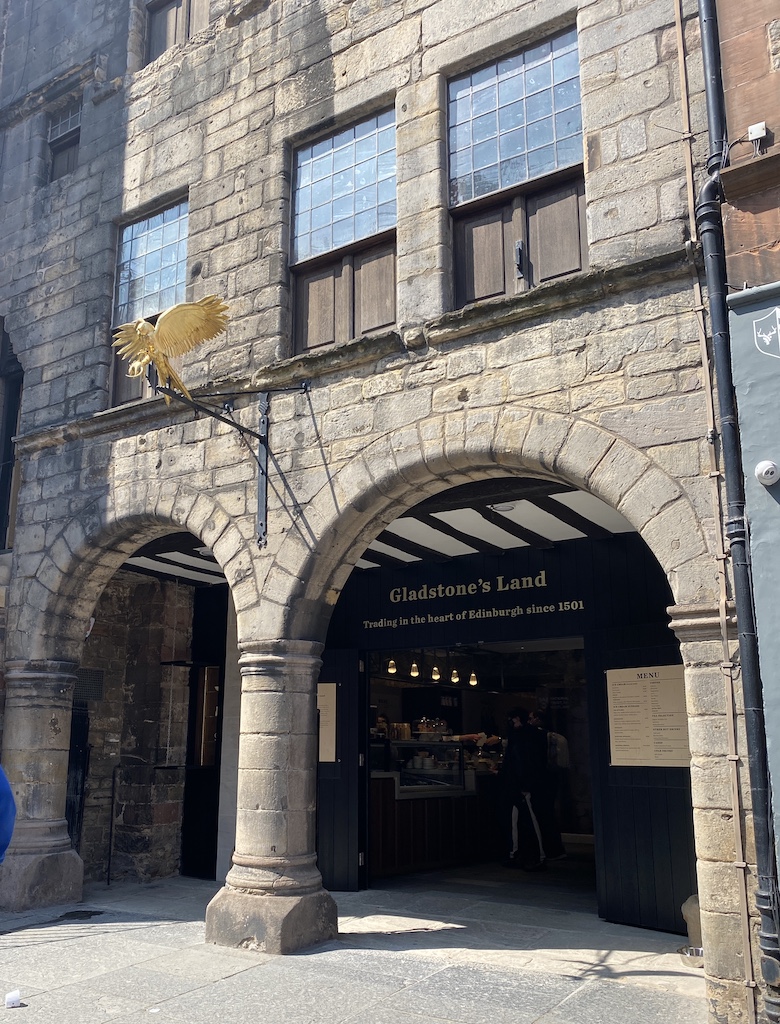 To locate Gladstone’s Land, look out for the copper hawk with its outstretched wings, near the top of the Royal Mile on Lawnmarket, before the castle in Edinburgh’s Old Town. We were invited along to take part in their "Tables Through Time: Food in Gladstone’s Land" tour (They currently also have a tour about sex in the Old Town too!).

The tour follows the lives of three women from different eras, who lived and worked in the building, telling the story of changing tastes in food in the Old Town and the impact of trade, class and fashion on people’s diets. 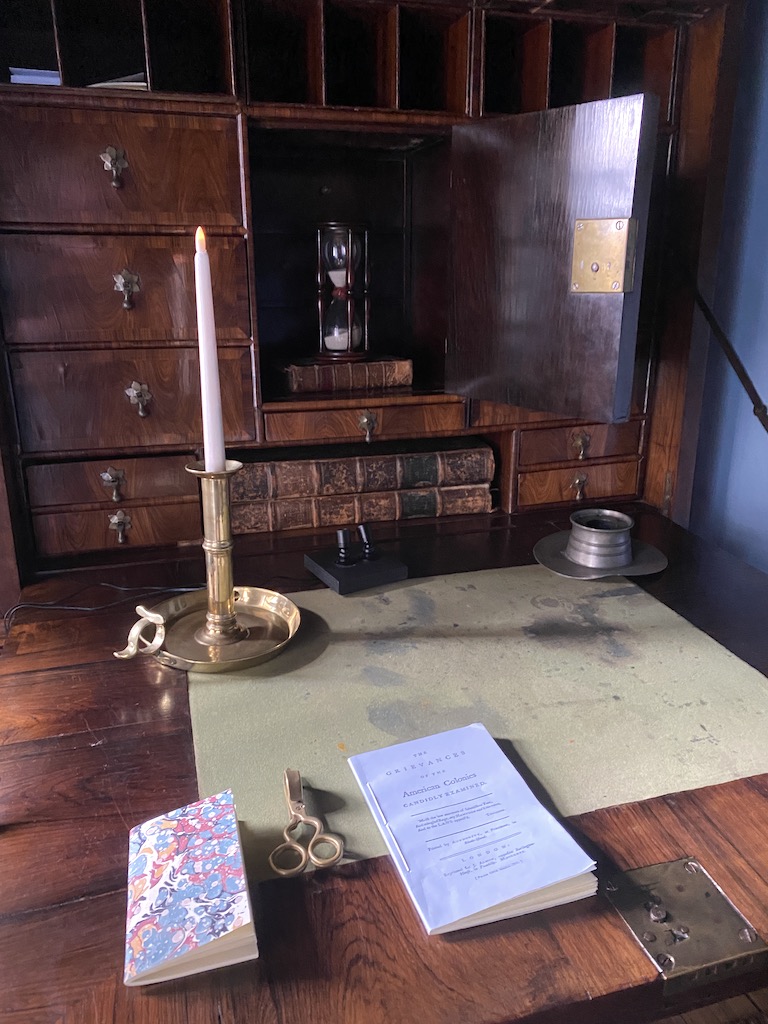 Along the way you get to try some items made to the original recipes, like bannocks (oatcakes), ginger biscuits and...donkey tea (below)! 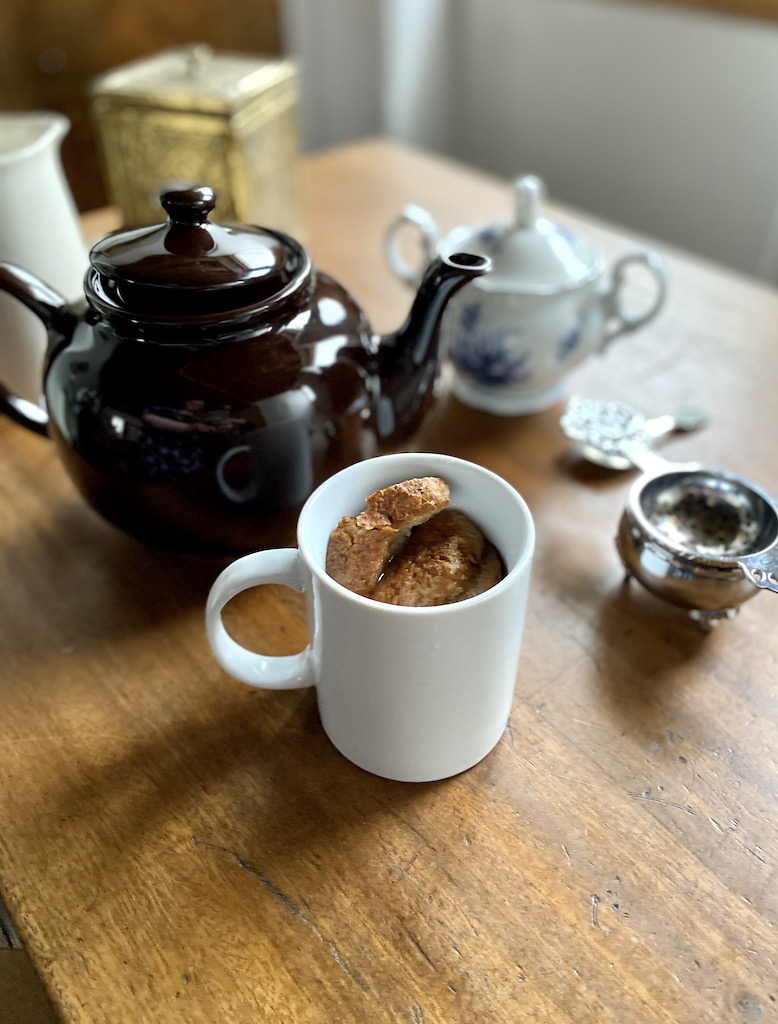 Donkey tea is also known as toast water, which gives a clue as to its contents. Basically it was drunk by those who were too poor to afford real tea. 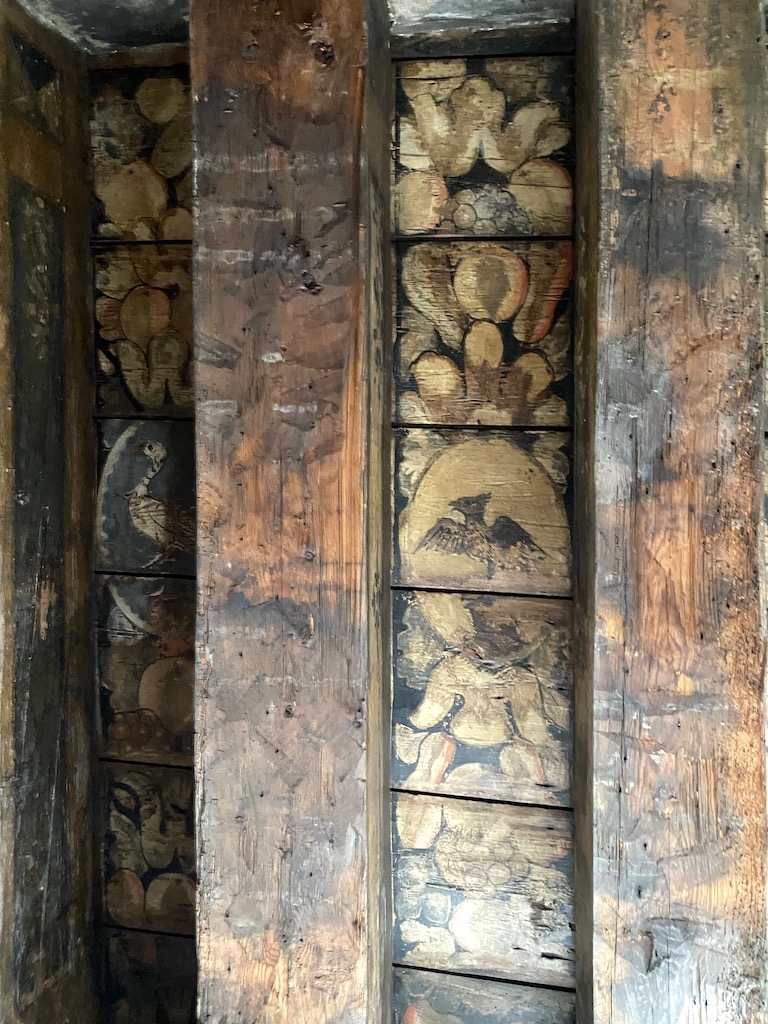 Make sure you look up at the painted ceilings.
Below is a look at what to expect when you visit.

Afterwards, you can relax in the cafe and enjoy a wide range of Equi’s ice cream flavours, sundaes, delicious cakes and hot drinks. These are available for takeaway as well. 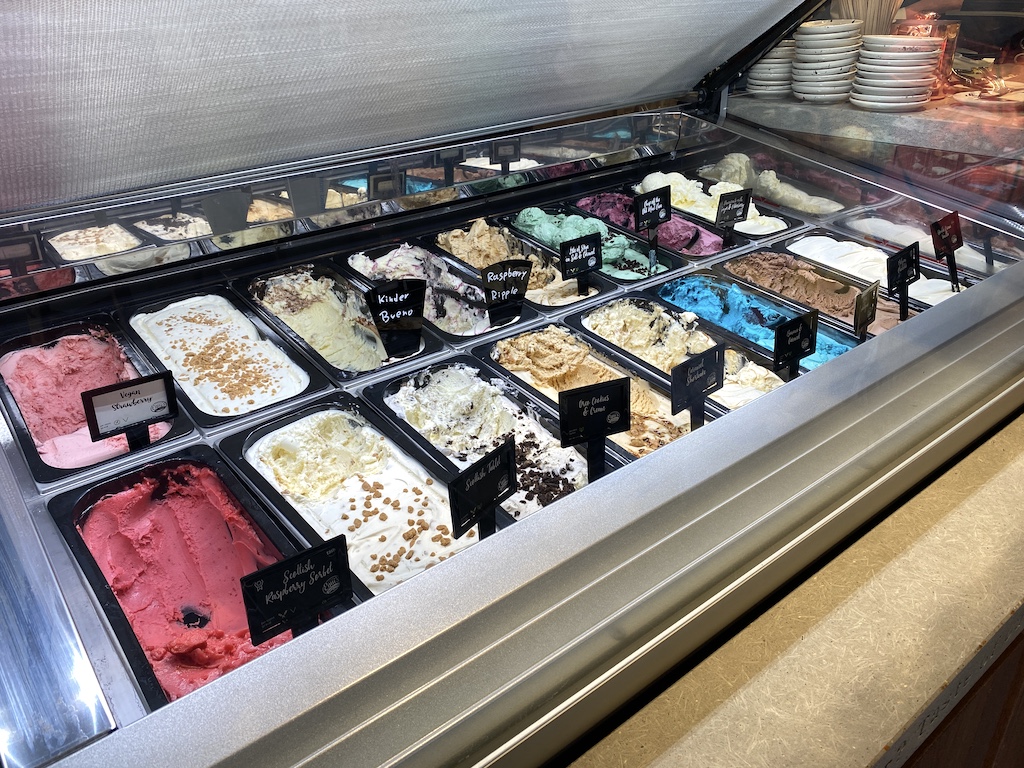 The ice cream parlour has been inspired by the refreshment rooms and ice cream shops that were prevalent on the Lawnmarket in the 19th and 20th centuries so a couple of historic flavours, made to original recipes may also be available during your visit. There are vegan and gluten-free options too. 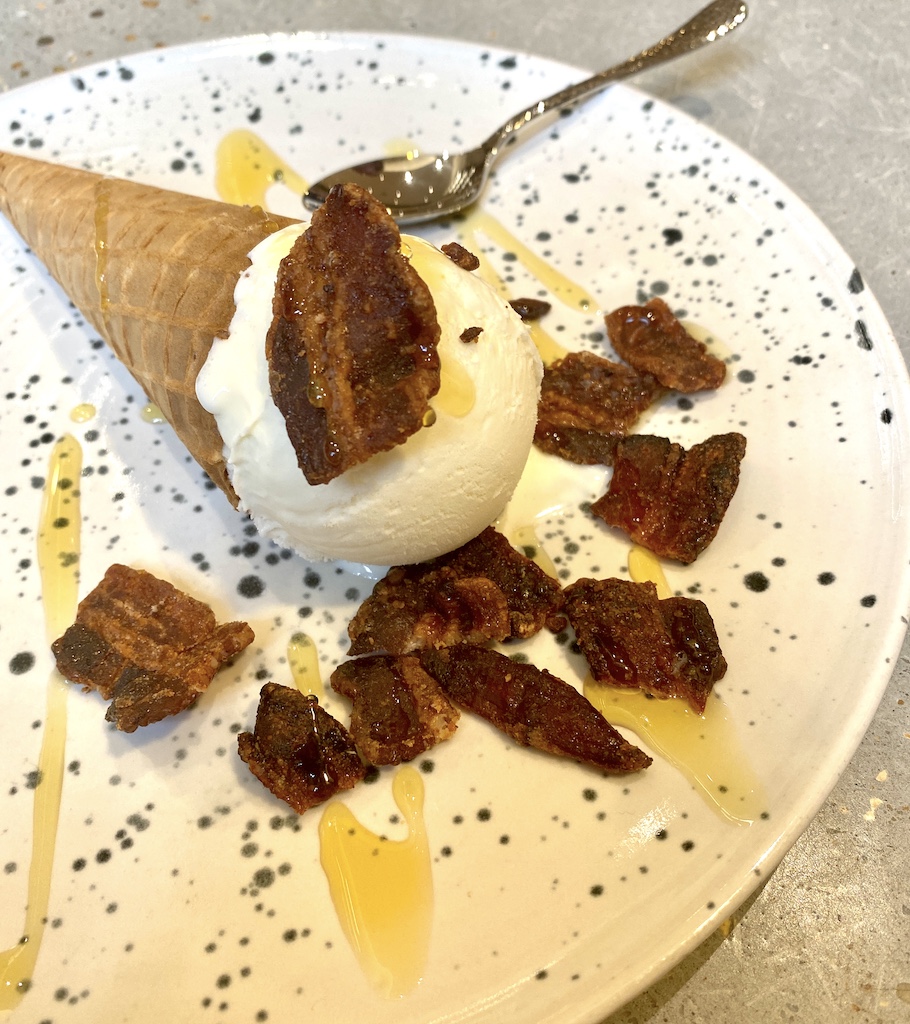 But for those, like us, you can enjoy a double cream ice cream cone with candied bacon and whisky sauce! 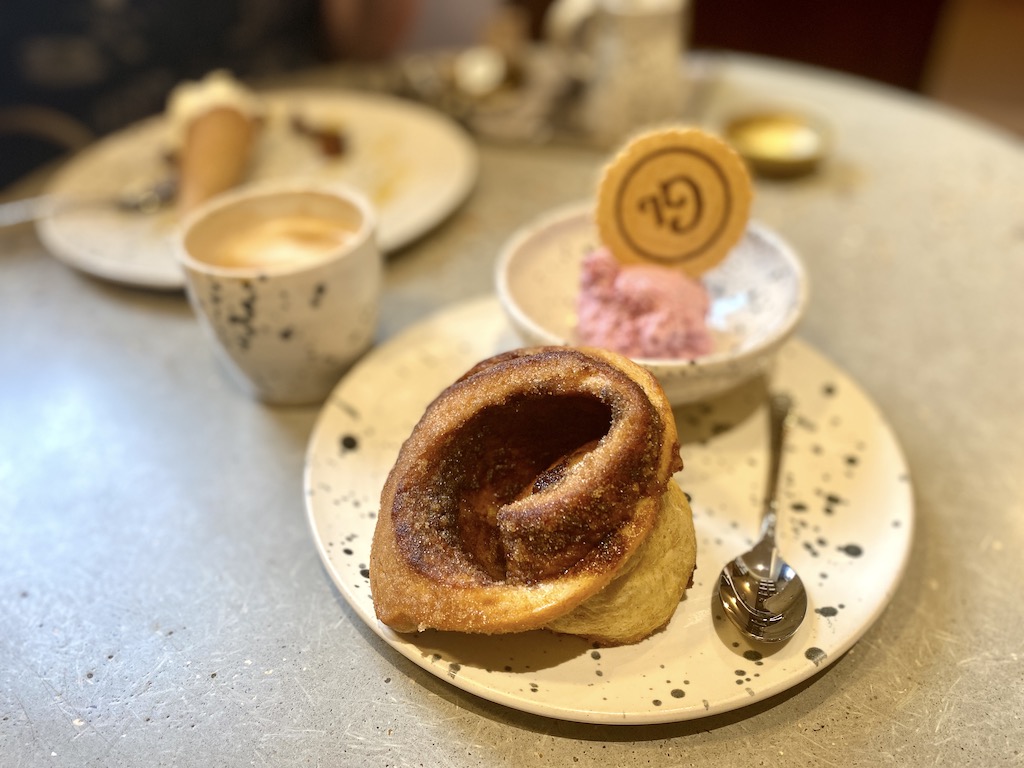 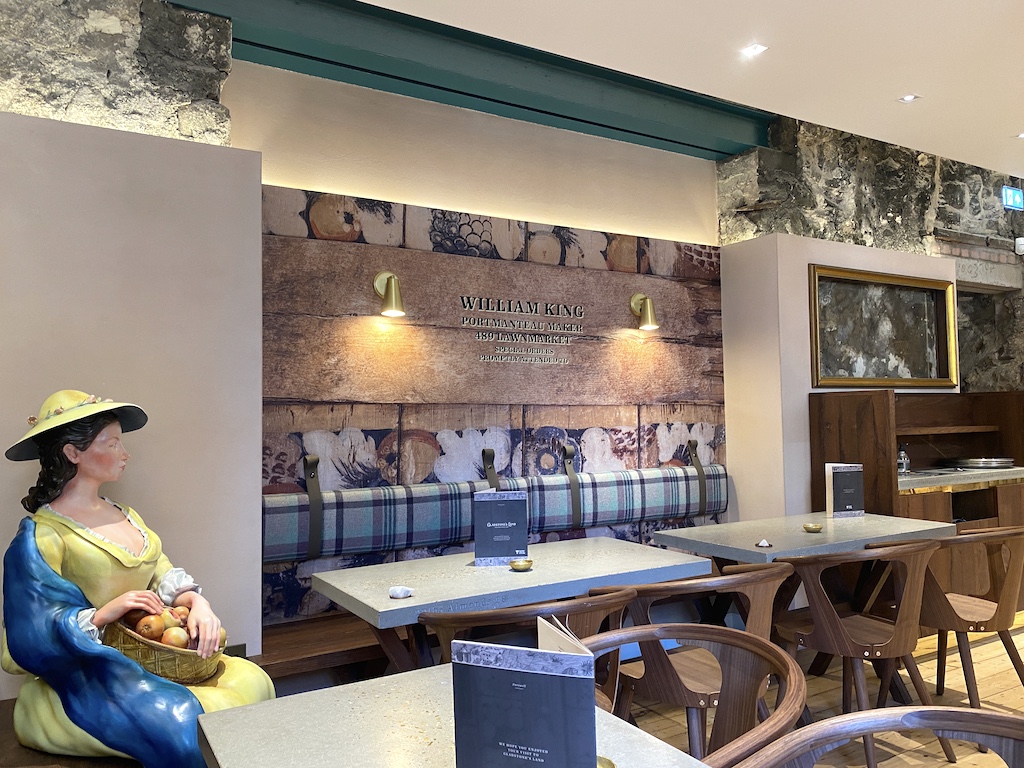 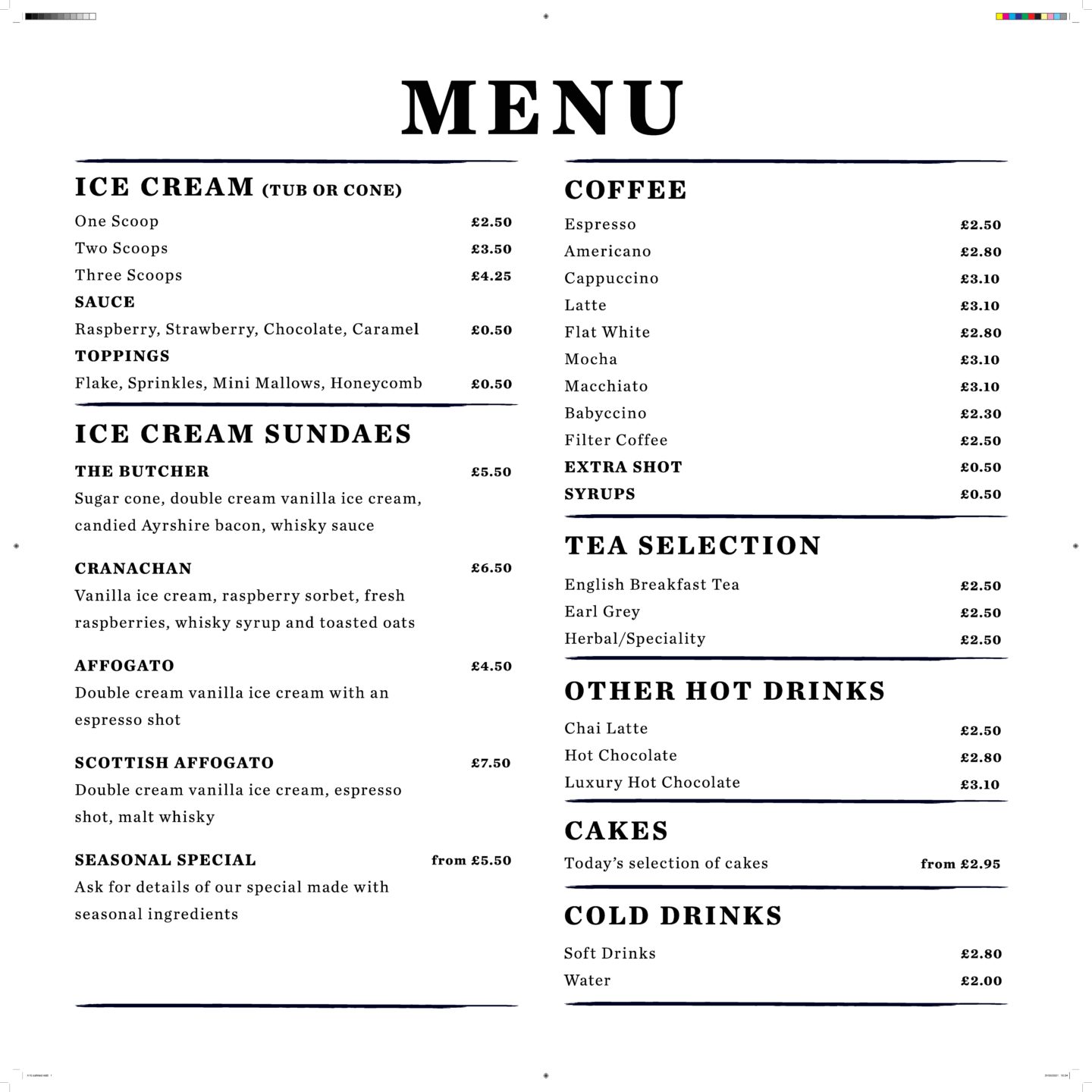 Self guided tours can be booked with a general admission ticket.

Following the lives of three women that lived and worked in Gladstone’s Land, Tables Through Time tells the story of changing tastes in food in Edinburgh’s Old Town and the impact of trade, class and fashion on people’s diets. Tastings included!

Not for the easily embarrassed, this in-depth look at the history of sex in Edinburgh covers fascinating topics including contraception, sex work and LGBTQ+ relationships. Includes some very crude (but historically correct) language.

There is no parking at the property. Free on-street parking is available on St Giles’ Street for Blue Badge holders.

The closest bus stops are on the Mound and on George IV Bridge. 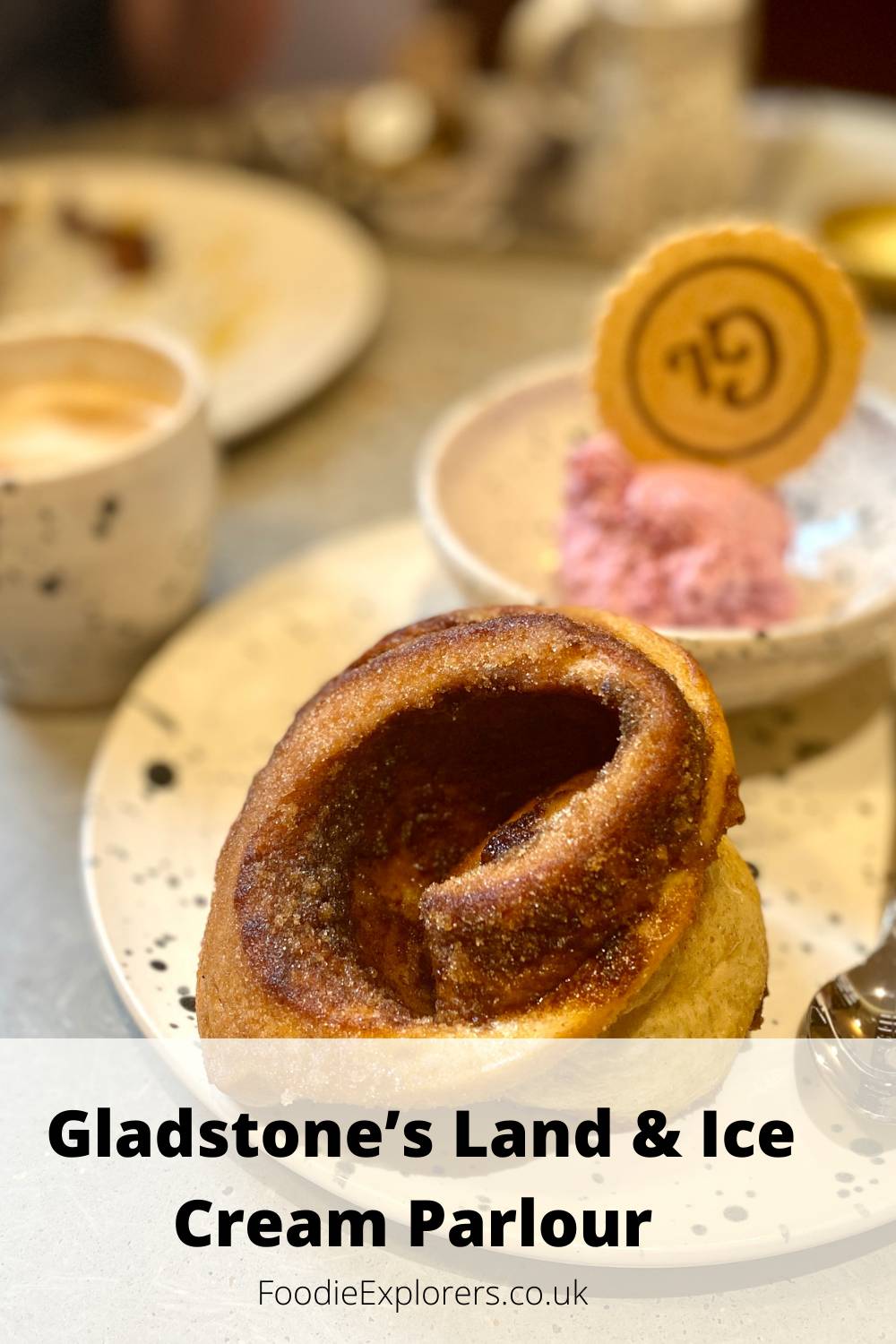 « Eat, drink and dance in the sunshine at StrEATlife
Hard Rock @ home Baby Back Ribs »