It's all about the coffee (and eggs)

Spitfire Espresso is on a perfect spot, the corner of Ingram Street and Candleriggs making it within lunchtime walking distances for myself and Mr Foodie so we end up there often (it used to be the box of DELIghts - the place which always had whisky in golf ball-shaped bottles and vodka covered in sequins or draped in limited edition furry jackets in the window!). 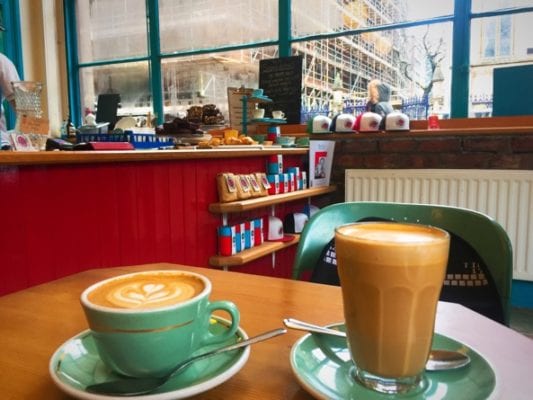 Inside, the bright walls, friendly patter and  classic tunes whisk you away from the cold outside. 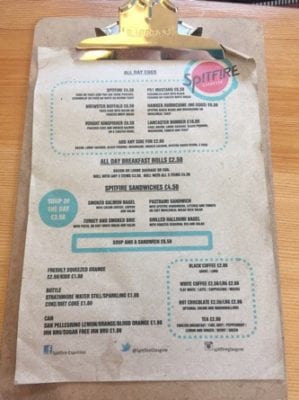 The menu is, like the cafe, compact and focuses mainly on egg-based dishes.  I'm useless at choosing from large menus, and large menus usually equals bad food.  So a small menu meant a quick pick for each of us.

I choose the halloumi with veg which looked spectacularly colourful. Then I saw Mr Foodie's poached egg and salmon bagel. 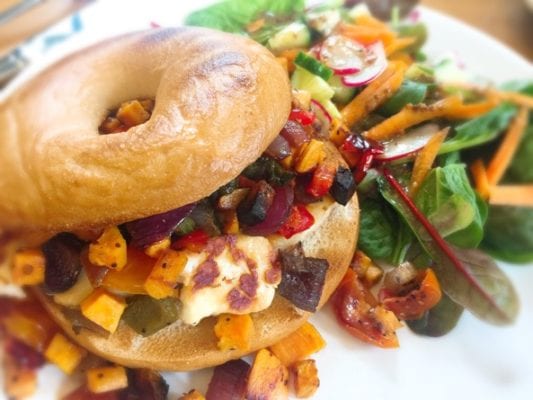 I commented oooh that looks nice, which he knows is code for, go on swap!  And being the nice chap he is, he did (sucker!). 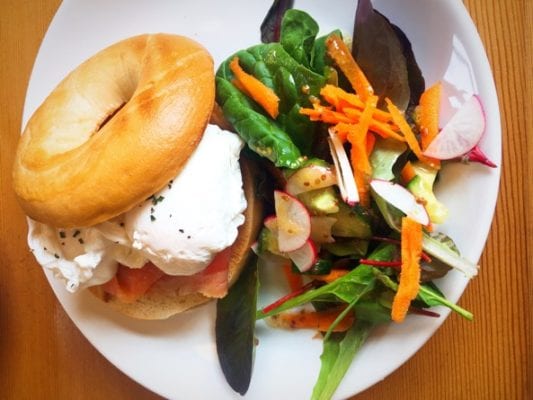 Look at those eggs, wouldn't you snaffle that? 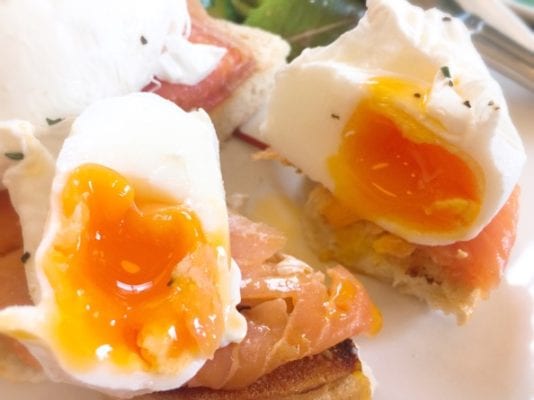 The salmon was delicious, not oily, not too smokey, which was topped off with some of the best poached eggs I've had in a while. (I'm easily egg'cited har har). 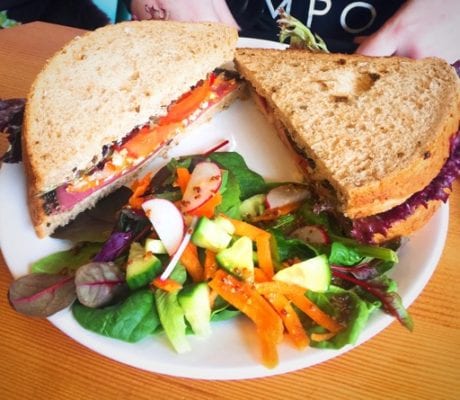 Triple D was also with us and he had a pastrami sandwich which he thoroughly enjoyed.  A bit more pastrami would've made it heavenly but it was still a top sammich! 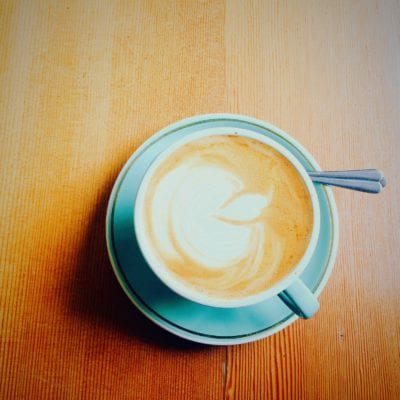 A couple of flat whites and a latte later and the plates were cleared. The cake selection looked tempting (they are worthy of purchasing based on previous visits) but we had already eaten cake at nearby Once upon a tart and felt fat enough as it was! They sell coffee cups and coffee to takeaway too (and branded baseball caps!). Toilets clean. Bonus points for the man behind the counter wearing a "Black Flag" T-shirt.

- Couldn't think of any negatives!