High above Belfast Lough on the Holywood Hills is Culloden Estate and Spa. We were here to dine at Vespers restaurant, part of the Culloden Estate and Spa. Built-in 1876 for Belfast stockbroker William Auchinleck Robinson and named after his wife, Elizabeth Jane Culloden, it took two and a half years to complete, with most of the stone arriving on boat from Scotland! 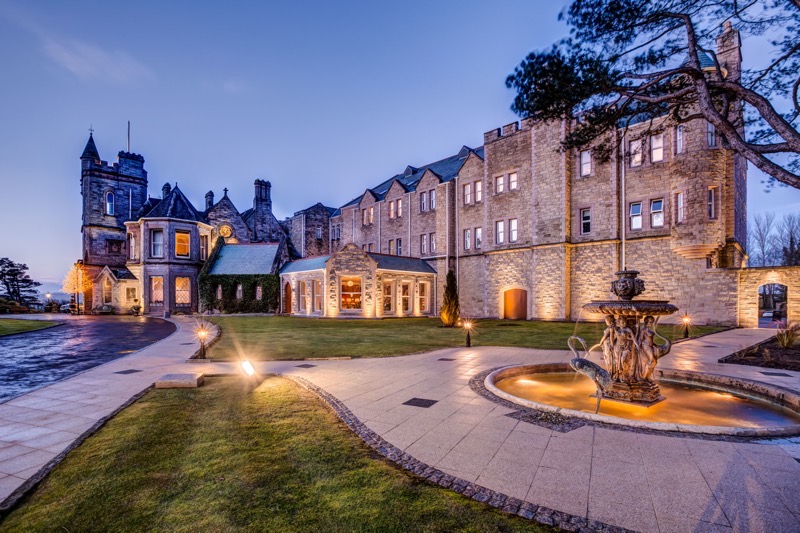 At the end of the 19th century, Culloden House became the official residence of the Lord Bishop of Down until the 1960s when it became a boutique hotel. It was then purchased in 1967 by Hastings Hotels who expanded and developed the hotel, culminating in five star-status in 1996. In fact, Culloden Estate and Spa became the first hotel in Northern Ireland to be granted this accolade.

The hotel has two dining options, The Cultra Inn with its relaxed atmosphere and traditional dining, and Vespers, a fine dining restaurant headed by Chef Paul McKnight. Vespers was our home for the night, to experience the newly refurbished restaurant. 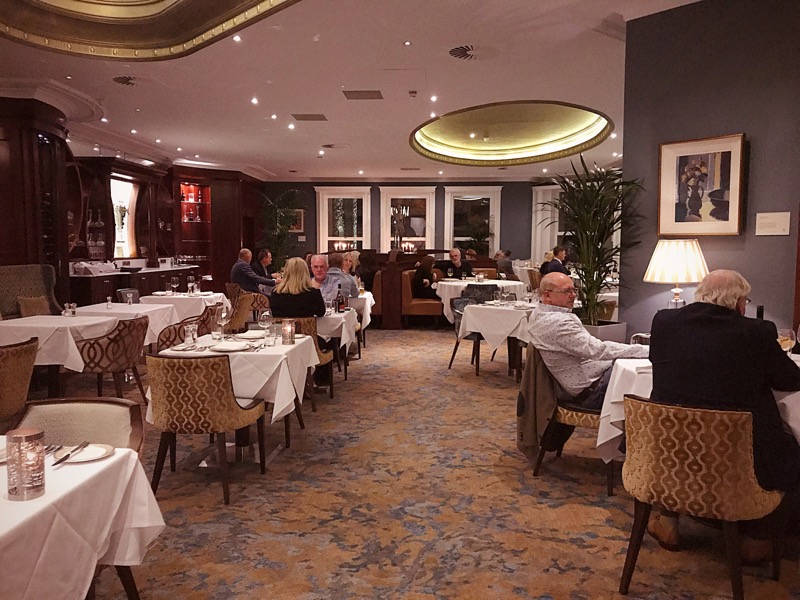 Starting off with a glass of Finca Las Moras Malbec Reserve from 2017, which was smooth, fruity and a delicate start to the evening.

An amuse-bouche then arrived: Squash filled with a mixture of cream cheese and goats cheese, and topped with cheddar cheese. 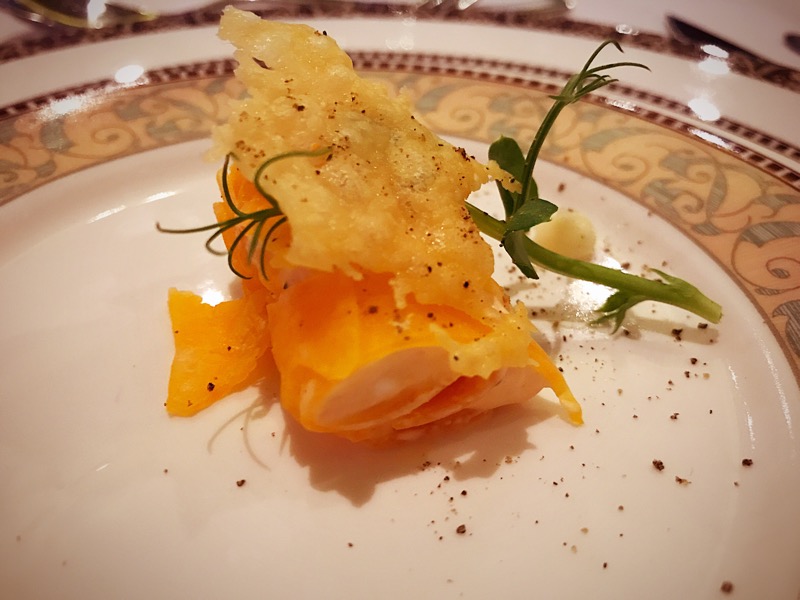 Then Guinness wheaten bread and butter to go alongside our starters. 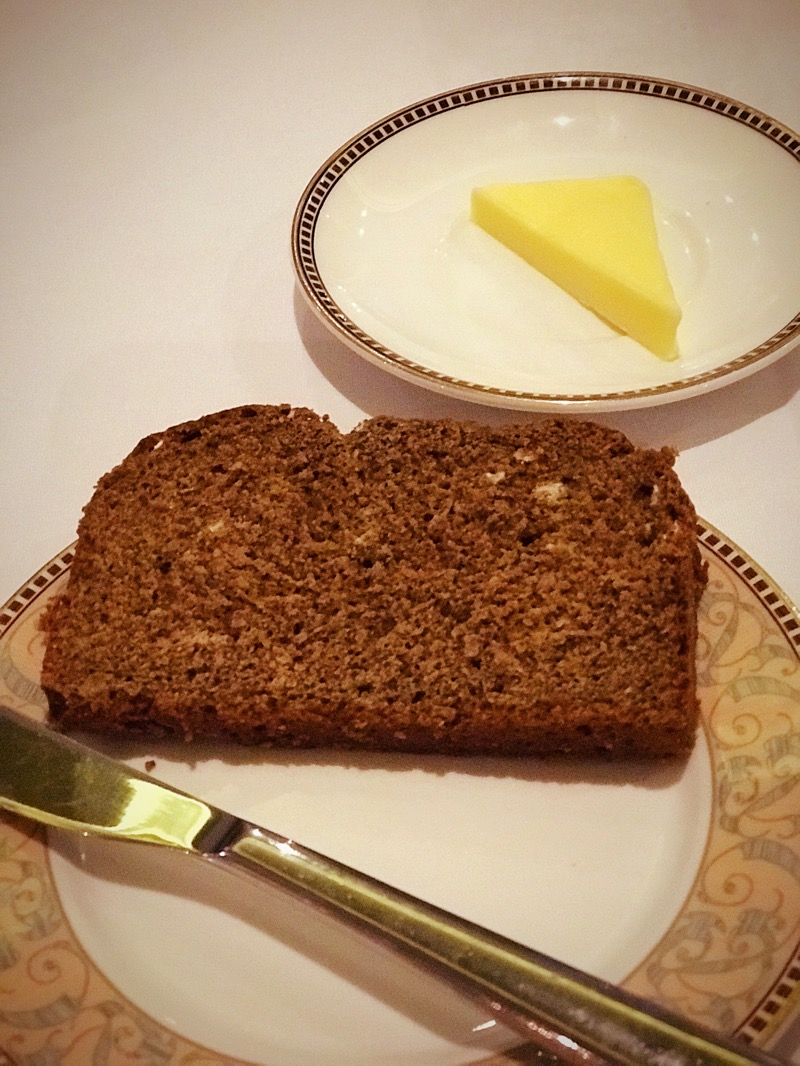 French onion soup with a parmesan croute. A strong meat stock base with just enough onions for taste but not too many to overpower. Was just what was needed with the current weather. 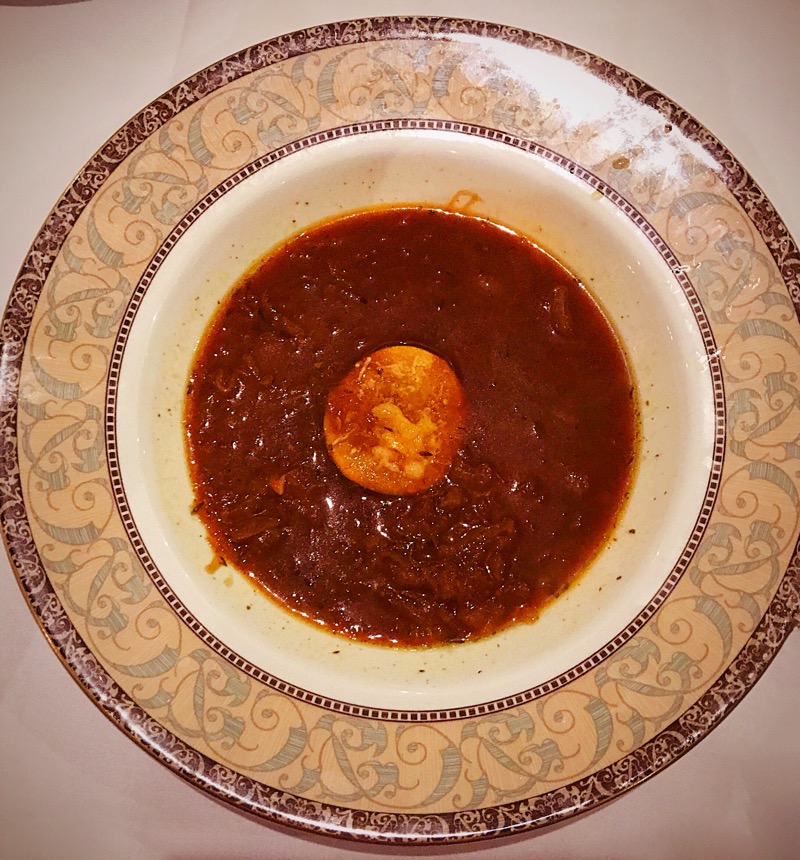 Mrs Foodie picked King Scallops with cider gel, pickled pearl onions and wasabi. Something a little bit different. Usually, scallops are on menus with black pudding or bacon, but this time it was an acidic and tart accompaniment. The pickled pearl onions especially went well with the meaty scallops. 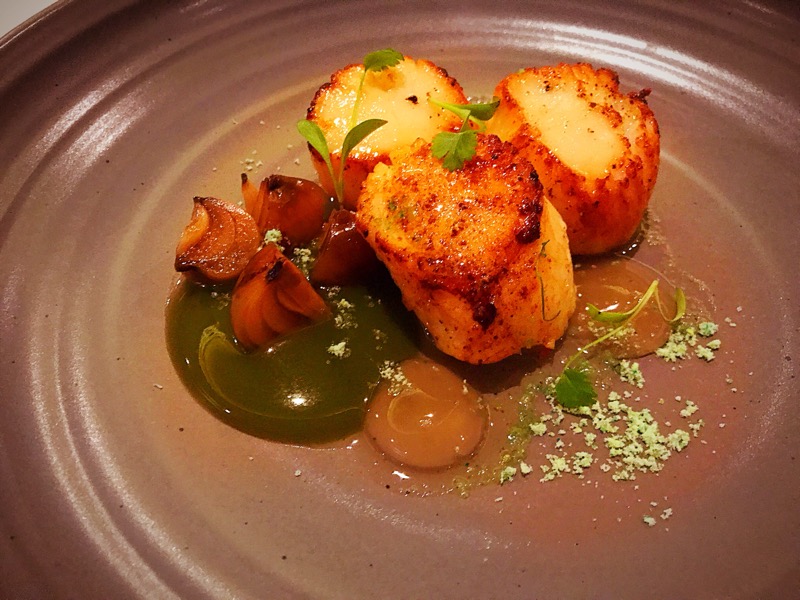 Peter Hannan's Himalayan Salt-aged Fillet of beef with black garlic emulsion, cavalo nero, duchess potatoes and red wine reduction. A side of tenderstem broccoli, fine green beans and toasted almonds. Cooked medium-rare, this beef was tender and worth the trip to Vespers restaurant on its own. Served with a duchess potato which had a fluffy interior and perfectly cooked veggies. 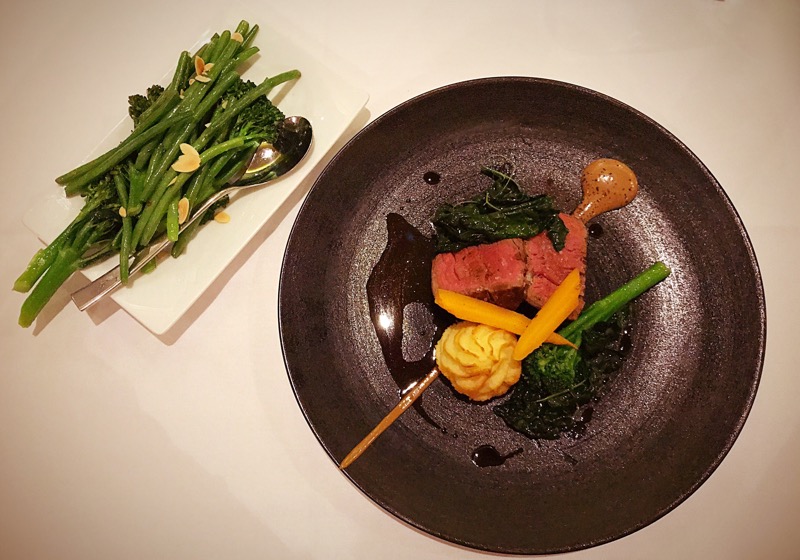 Mourne mountain lamb rump with burnt cauliflower, aubergine and pearl onion reduction. A side of spring onion mash. Lamb from County Down, you can't get much local than that. Mrs Foodie’s mum was silent, always a good sign when eating!  Special mentions were given for the buttery smooth mash and the delicate lamb. 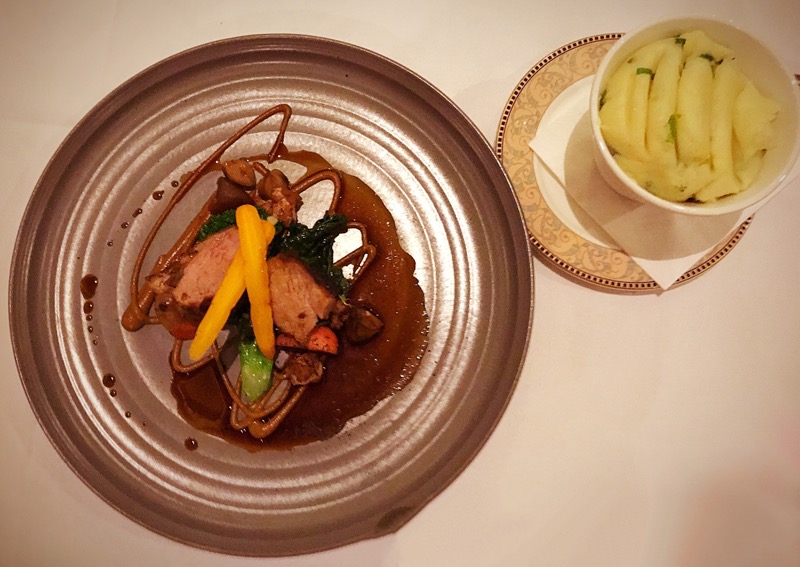 Mrs Foodie is always drawn to cheese, and a selection was provided with grapes, chutney and oatcakes. Served at ideal room temperature, Mrs Foodie was happy. She would have been even happier to know what the cheeses where though! 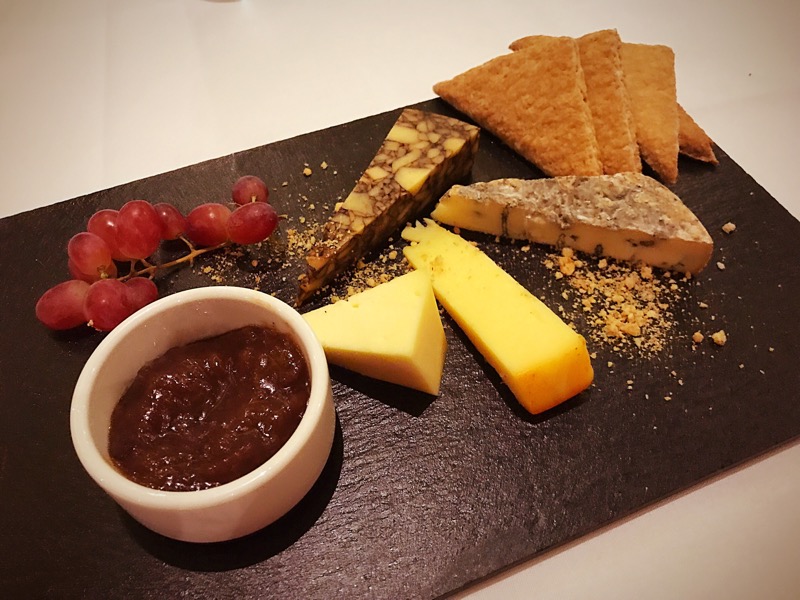 Mrs Foodie mum then picked the salted caramel tart with vanilla ice cream and banana crumble. Just like caramel cake only with the added bonus of salt to the sugary mixture. Mrs Foodie got to steal a little bit, and it was a battle to get it! A crisp base with creamy, salty caramel filling. 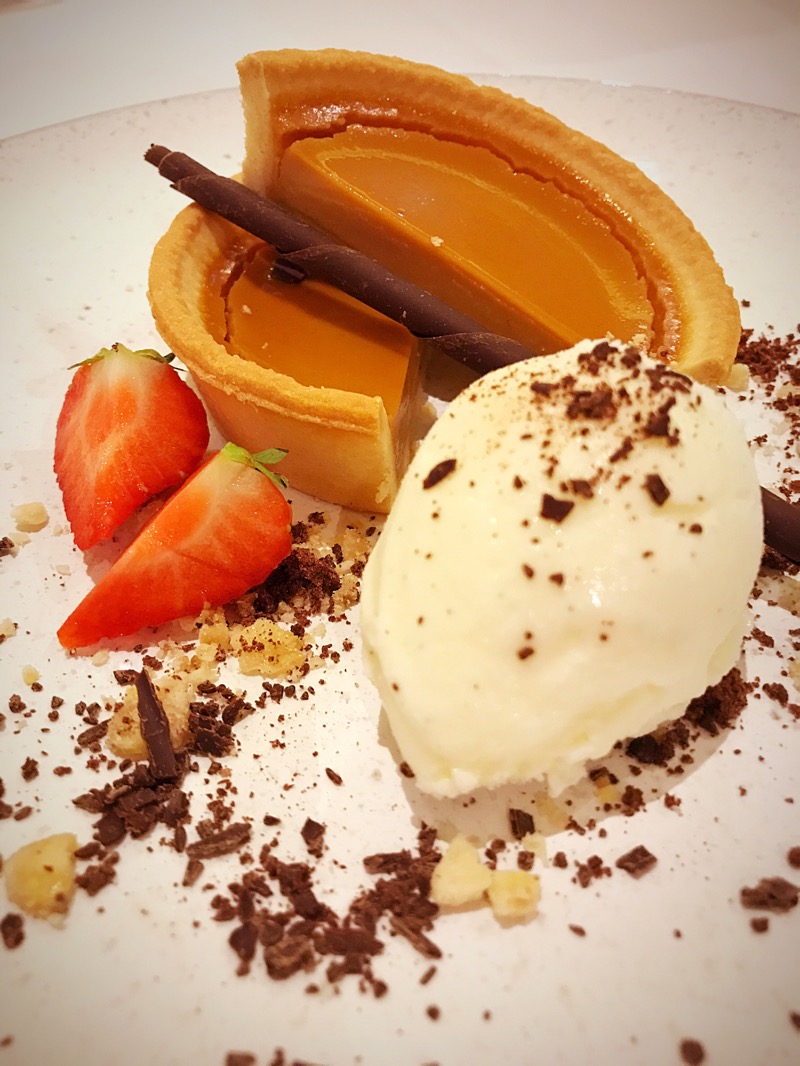 We decided to move to the lounge, sitting next to the fire with a pot of tea. A cosy end to a comforting meal. 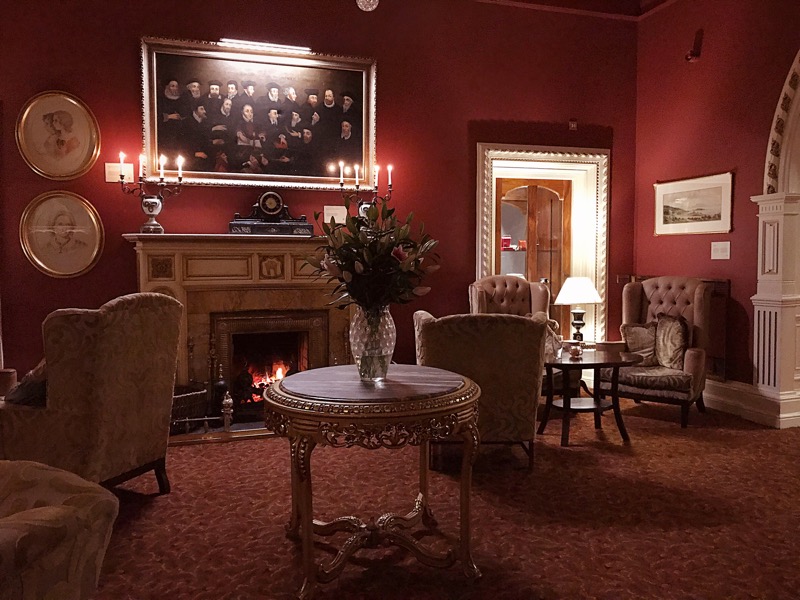 A superb meal with fresh ingredients which balanced both traditional and modern recipes. Service was friendly, helpful and not stuffy at all. The clientele was a mixture of couples out for a romantic meal and families. We were entertained by a harpist, who is there Fri/Sat and Sun. There was also a pianist in the Lough Bar.

Looking for somewhere to eat in Belfast?  Try Muddlers Club 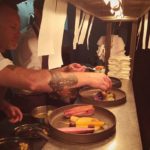 Disclaimer: We received a complimentary meal but Freddie swears on his paws that it was worth Mrs Foodie leaving him for a week to experience the sights of Belfast and Northern Ireland.