Finding the best places to eat when you are visiting a new city can be a fun challenge so we joined the Culinary Adventure Co for their Chinatown + Kensington Market food tour for an introduction to two of the most prominent eating areas in Toronto. Although we visited Toronto in winter, the food tours are not only still running but not as fully subscribed as summer making it an ideal activity to learn about what the neighbourhoods have to offer food-wise and actually feeding you at the same time!

The Food Tour is billed as lasting 3 hours and that you should arrive hungry.  I'm glad we did as there are plenty of stops with food at every one. We met our guide and fellow munchers under the cat chair on Spadina Ave and primed our cameras for action.

Toronto’s Chinatown has grown since the area was first developed in the late 19th century.  The Chinese-Canadian community is said to be one of the largest in North America.  We could believe that, as the area is filled with shops and businesses. 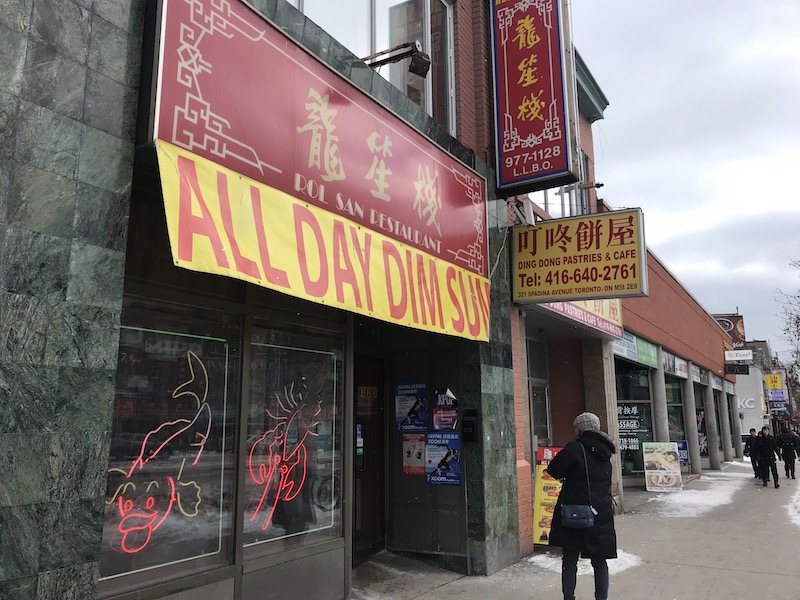 First stop, Dim Sum.  Which is a fave of ours, sampling prawn dumplings, fried squid tentacles and beef tripe with ginger and spring onions, which was surprisingly OK, not that we would rush out and order it again!  This is the best part about going as a group - trying things you would never have thought of buying and there’s no shame if you don’t like something. 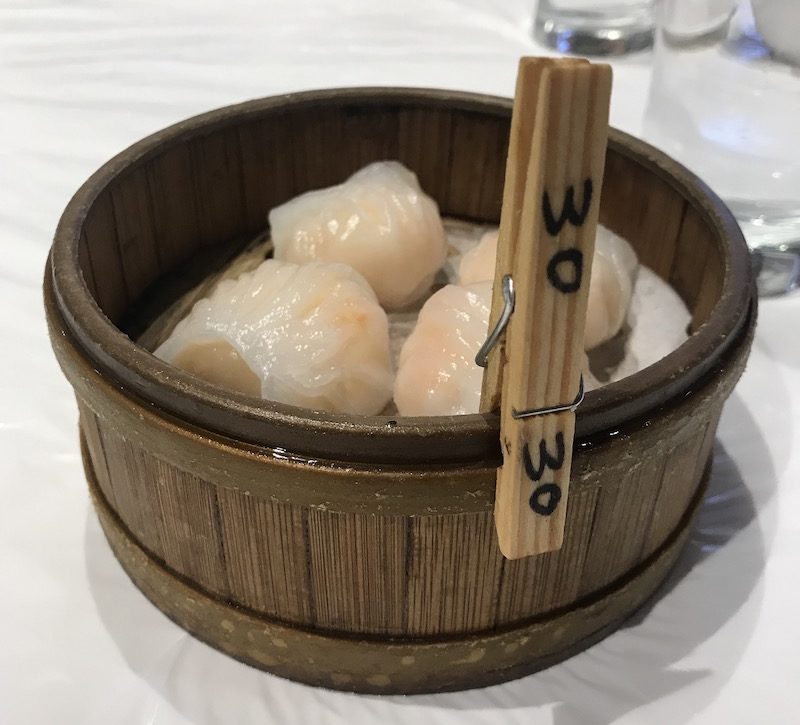 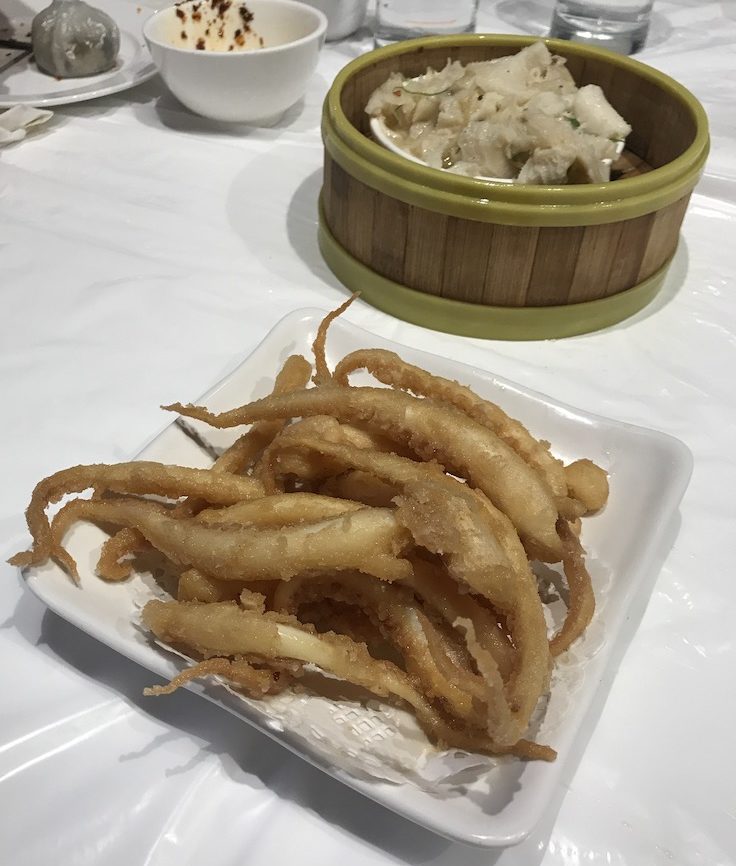 It's a popular spot and one we would like to go back to if in Toronto again. 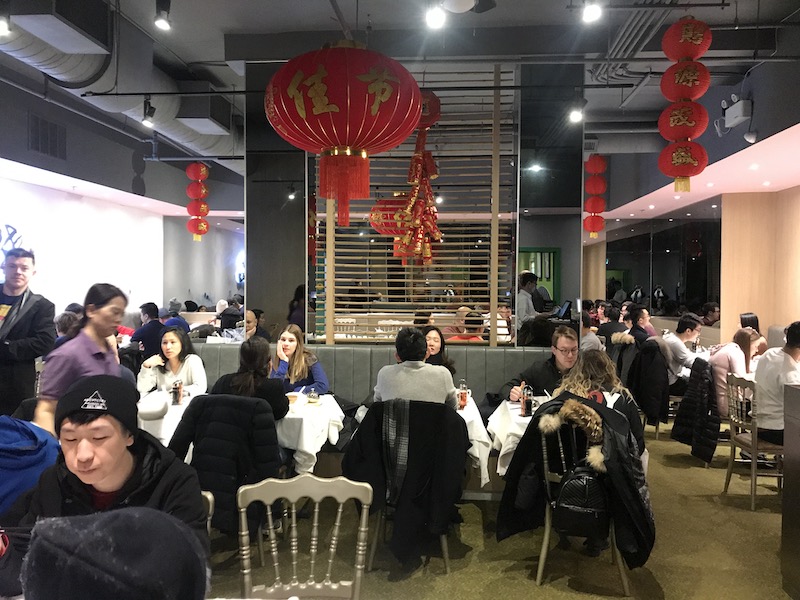 Then we checked out local supermarkets filled with everything from fresh seafood to tubs of blood!  We didn't purchase any blood but did buy some green tea Kit Kats as they were so much cheaper than they are when imported to the UK. 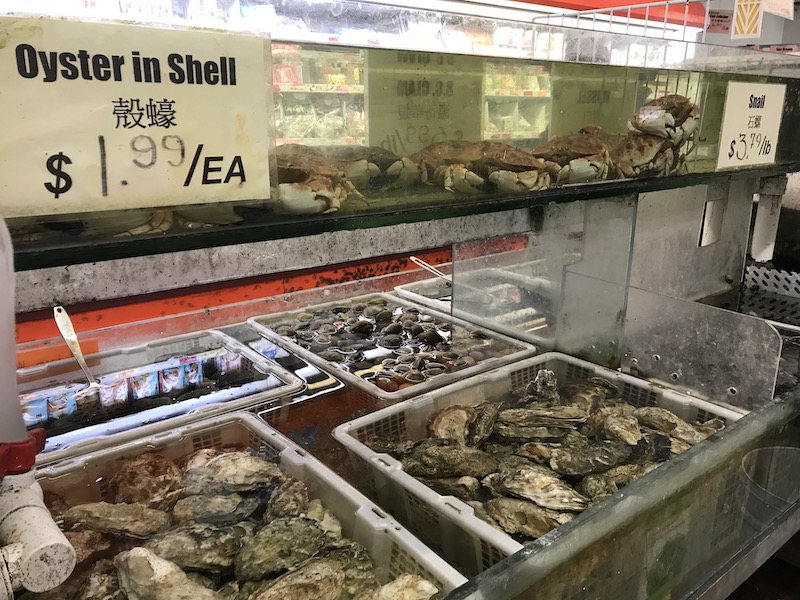 More tasting at the next stop, and this time ‘Youtiao’, which is a Chinese doughnut and we got to watch them being made. They’re not as sweet as Western doughnuts, but still moreish. 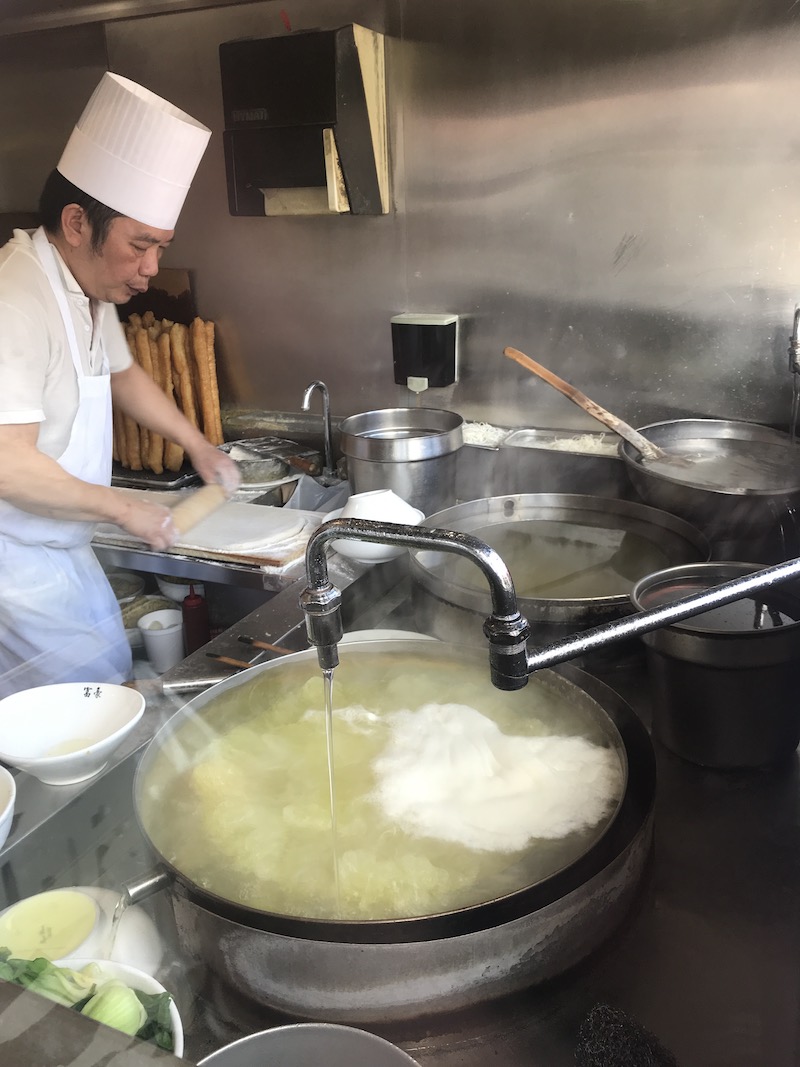 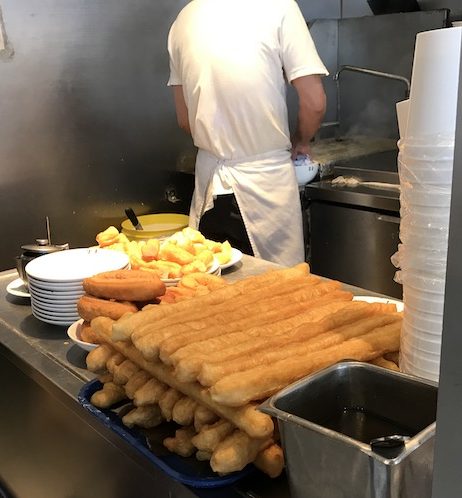 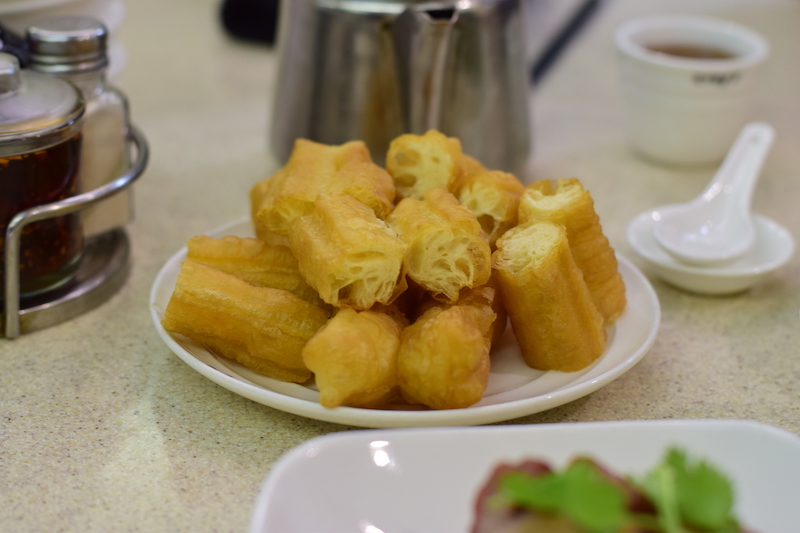 We got to try some savoury items at this stop too. 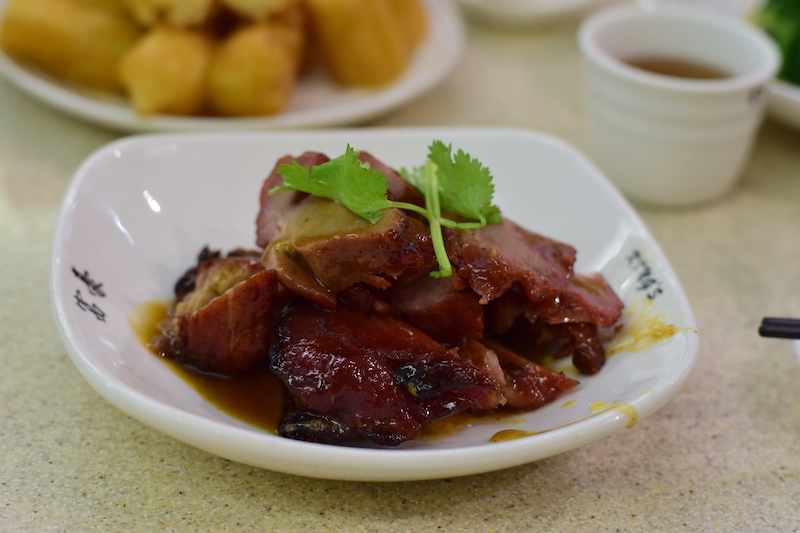 Including thick congee, a type of rice porridge, which was much needed to heat us up! 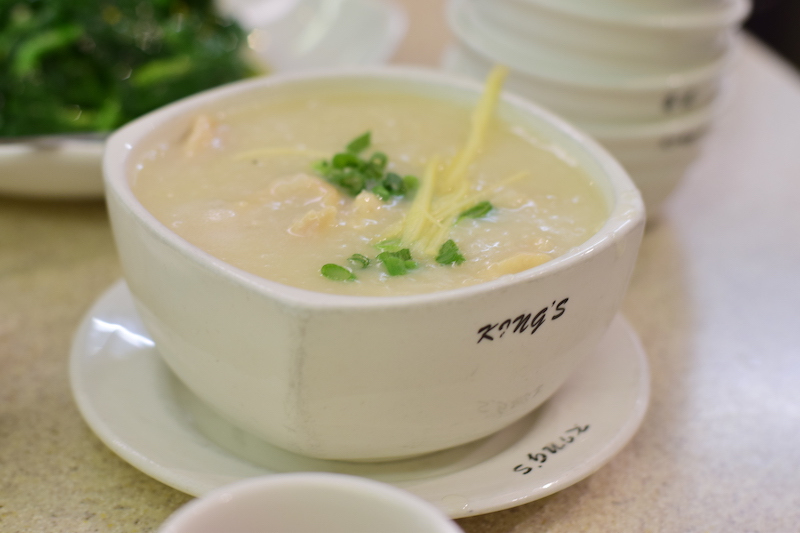 Just along from Chinatown is Kensington Market, which we have a fuller guide for. 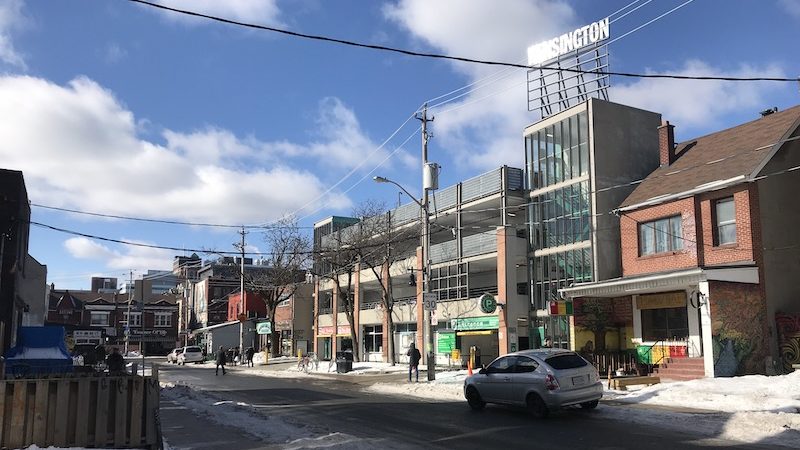 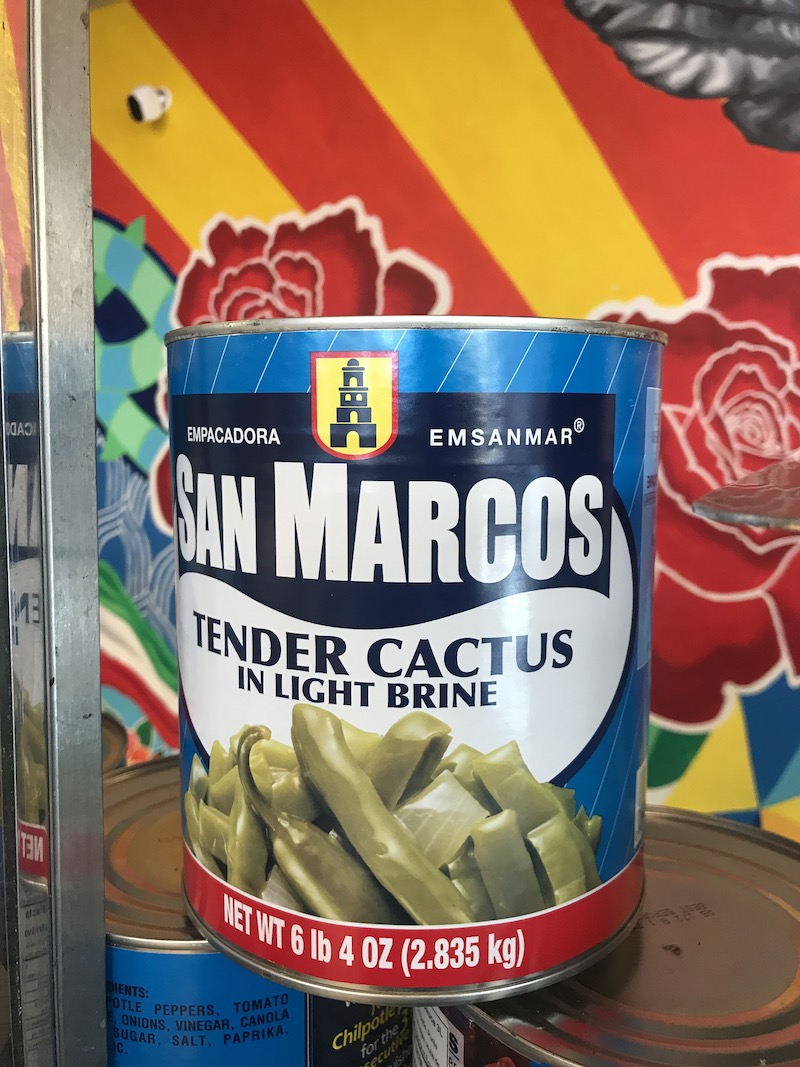 We had another few stops in Kensington Market, which included a quirky Mexican with cactus sandwiches. 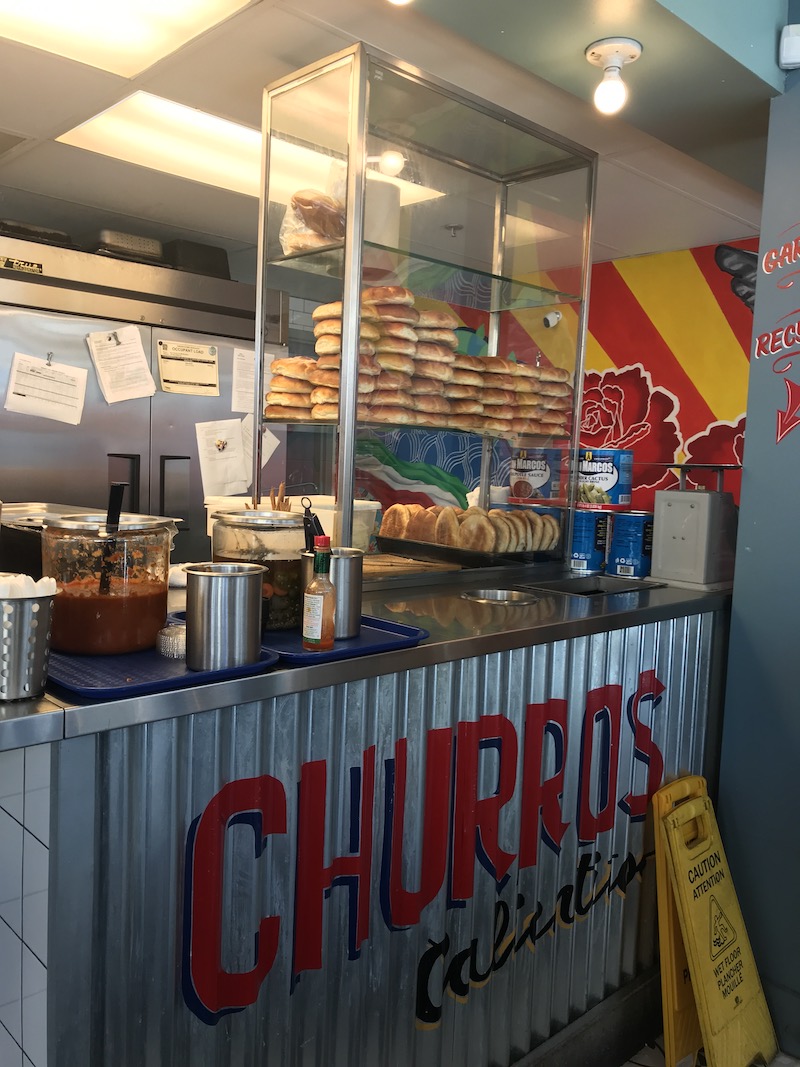 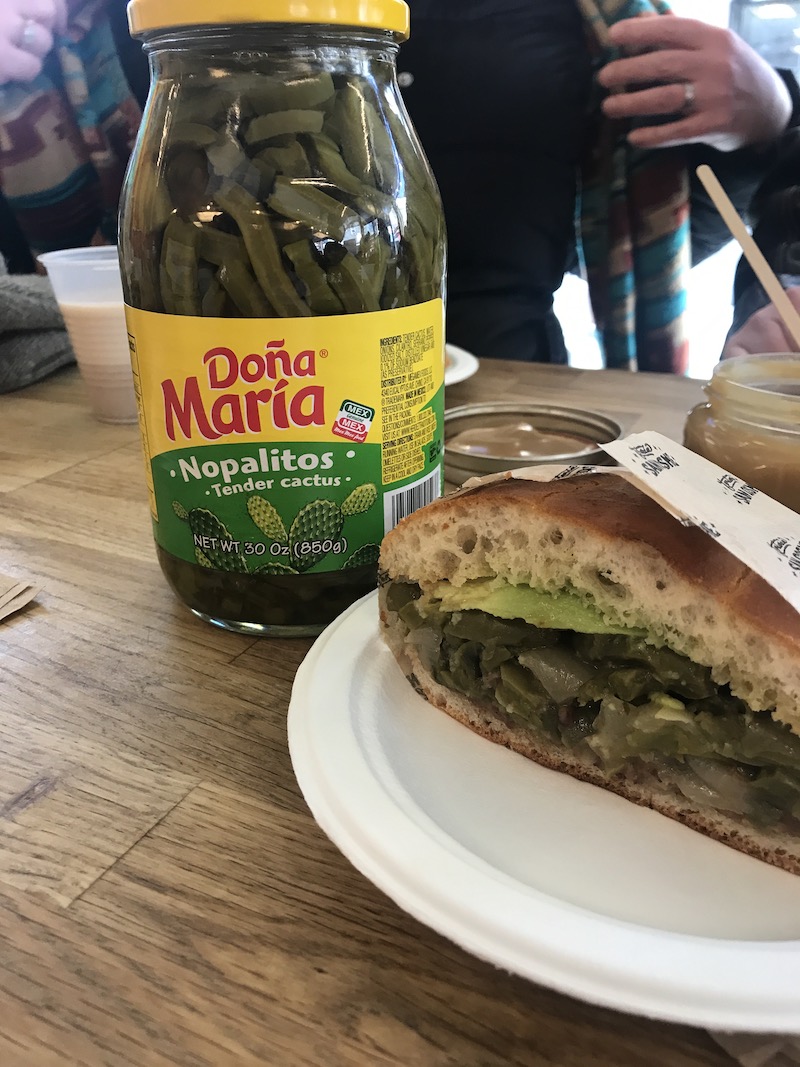 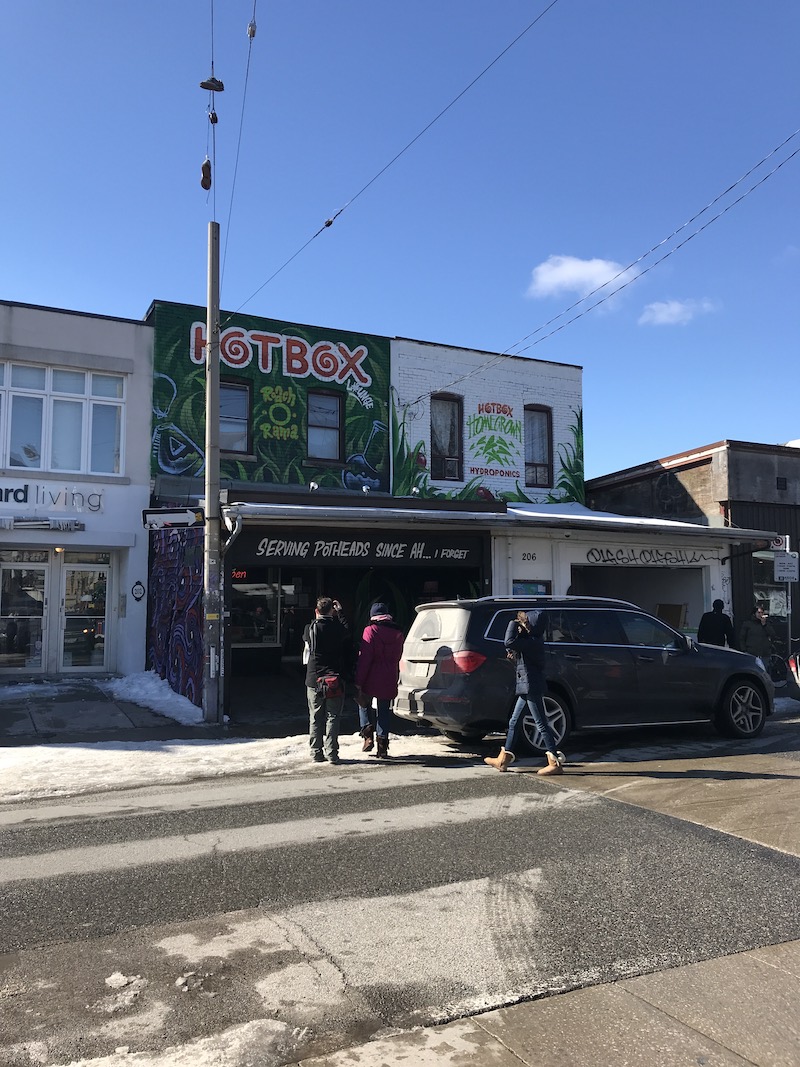 Our foodie journey had to end and end happily it did with a slice of home made cherry pie from Wanda’s Pie in the Sky. 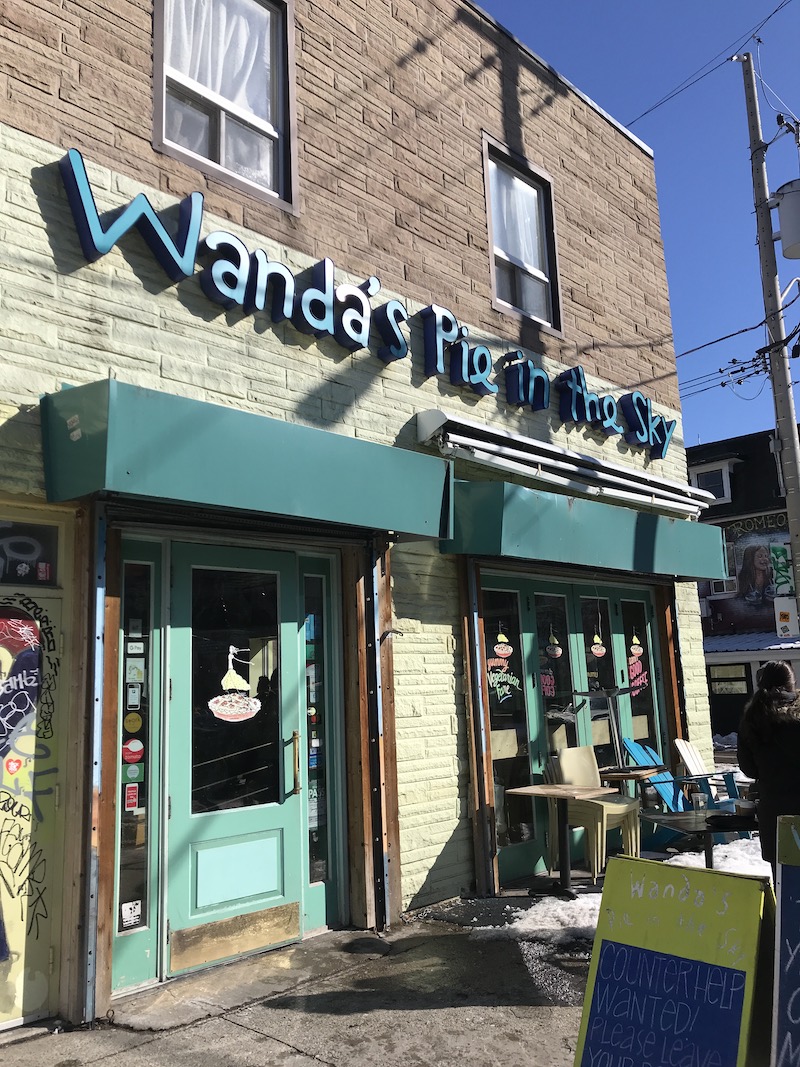 We lost count of all the different pies, sweet and savoury, there’s something for everyone. 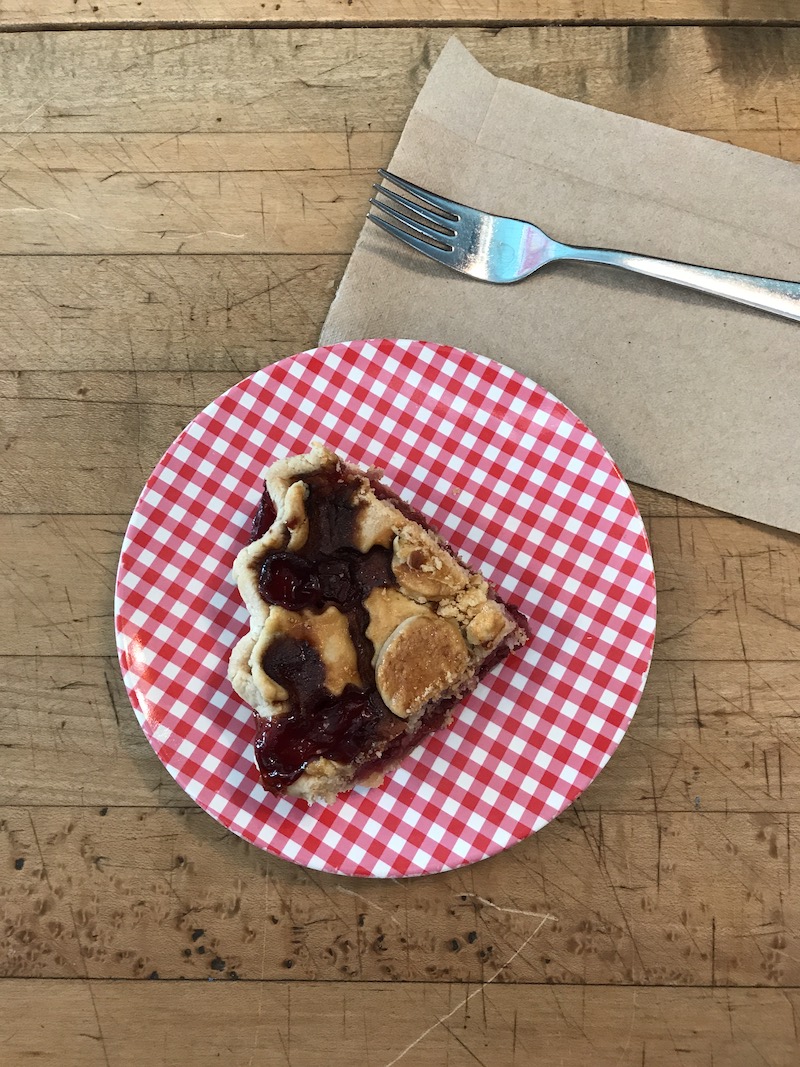 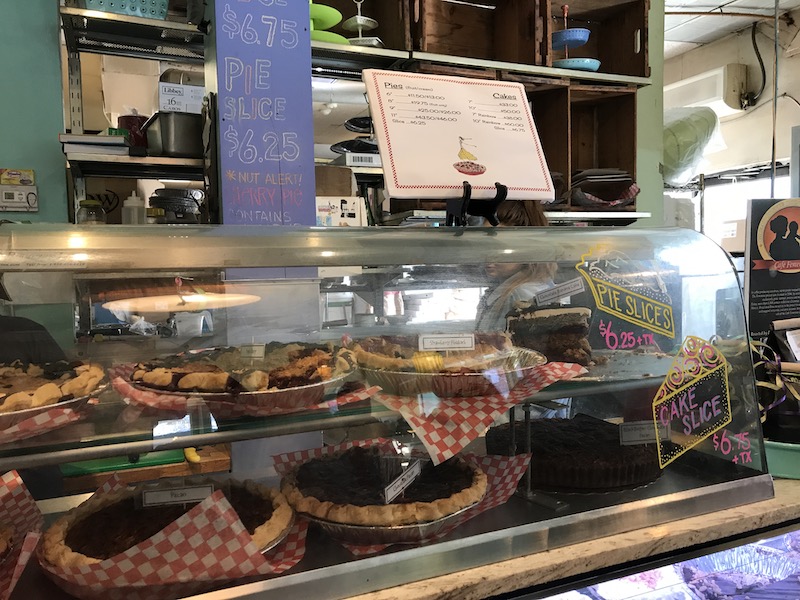 This is an ideal way to experience the foodie side of Toronto, hear some stories and learn the history, guided by someone who knows the best places.  There was not only lots of food on our tour but chat as well making it both friendly and fun. Special thanks to our guide, Kevin.

Please note that we have not shown all of our stops, to see them all sign up for a tour with Culinary Adventure Co. They don’t always visit the same places as there was a couple on our tour who had actually been before but had signed up again to see where the tour took them this time!

Check out the Culinary Adventure Co. Website for more information and to book a tour. 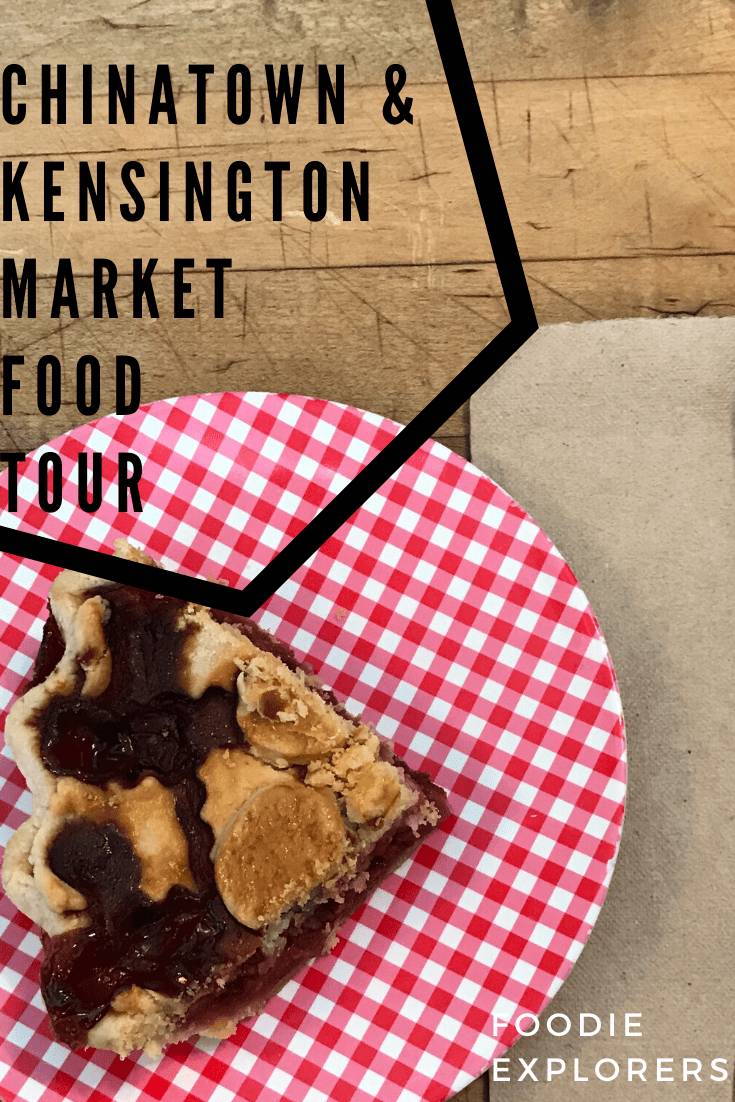 Disclaimer: we received a complimentary tour but Fred vouches for our veracity, and that's a big word for a cat!