Home » Behind the scenes with Thomson’s Coffee

Roasting coffee before it was hip

Roasting coffee in Glasgow isn't a new thing. There has been a coffee roaster in Glasgow since 1841 and I took some time out to give Thomson's Coffee a visit and go behind the scenes.

Thomson's Coffee have a long history in Glasgow.  David Thomson, from Edinburgh, moved to Glasgow and opened his first outlet on St Vincent Street in 1841.  The business quickly became part of the fabric of the city with Mr. Thomson not only providing coffee but also collaborating with the movers and shakers in the city.  He worked with celebrated engineer James Napier to develop the Naperian vacuum coffee pot.  It wouldn't look amiss in some of the coffee houses of today! 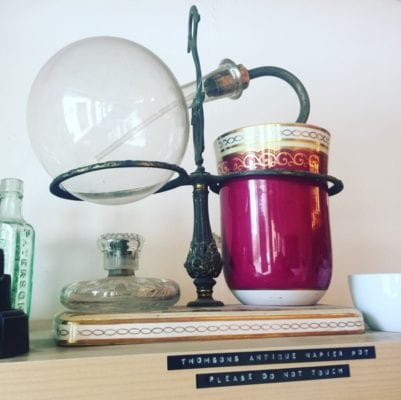 This precursor to the modern siphon brewer was a great success with David Thomson receiving an award from The Institution of Mechanical Engineers. 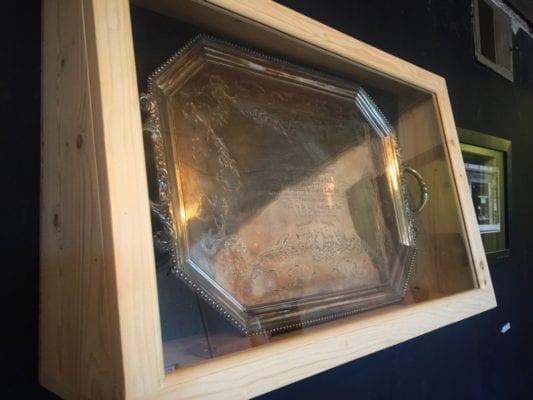 He also was invited to exhibit at the International Exhibition of Science, Art and Industry held in 1888 within Kelvingrove Park.  It was the greatest exhibition held outside London and the largest in Scotland during the 19th century.  At the end of the May - November run, over 5 million visitors had attended.

If you search on the Virtual  Mitchell website (excellent if you are a Glasgow history geek) then you will find 102-104 St Vincent Street which was Thomson's shop.  It's now where Bread Meats Bread is. 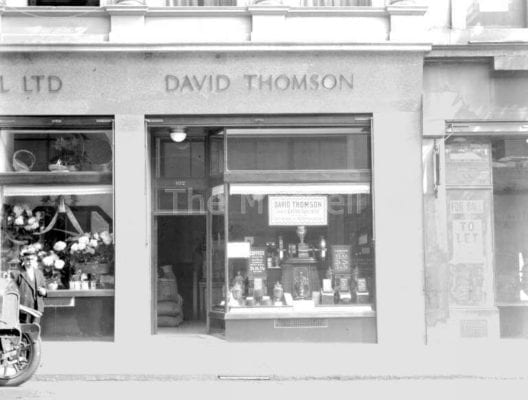 The shop moved to 79 Renfield Street, which is where I remember seeing Thomson's, and it stayed there until 2005.  I thought Thomson's was no more and was glad to see that they were still here and just not on the high street anymore.

A bespoke building was built in the 1960's  in the Southside of Glasgow, where they are still based today. 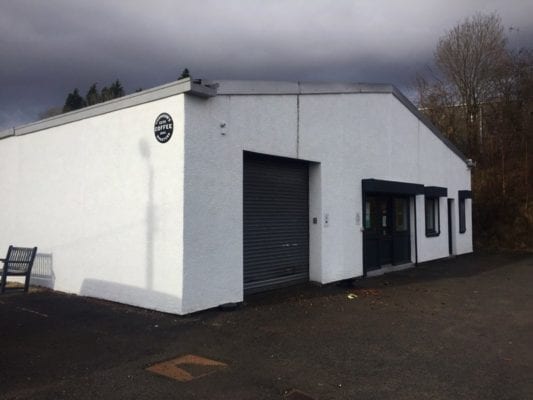 It doesn't look all that exciting from the outside, however inside it's coffee heaven.  You are surrounded by a growing collection of the history of Thomson's Coffee. From the award from the Institution of Mechanical Engineers given to David Thomson, and pictures of their old shops to tea caddies. 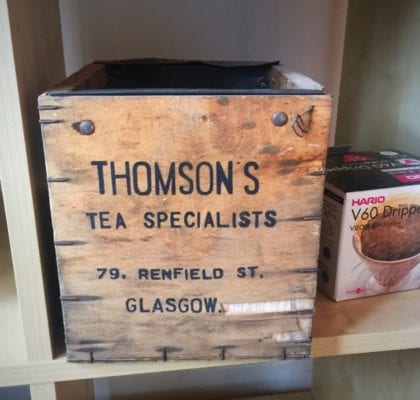 There's even an old grinder, the one you can see in the image of the St Vincent Street shop no less! 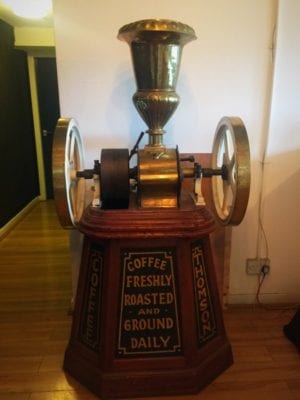 The coffee storage area here was a lot bigger than I had seen before at Munchhausen Coffee in Bremen, and they love their coffee there! 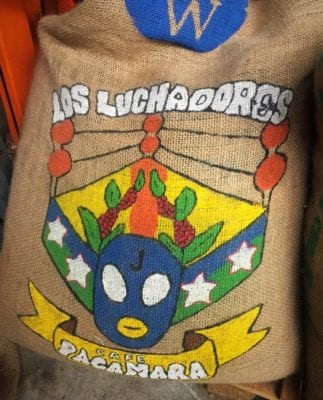 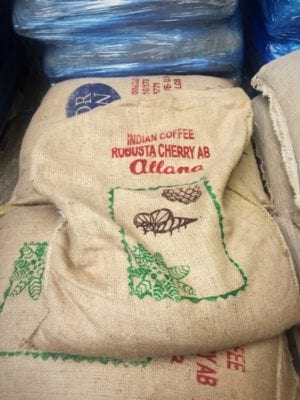 Thomson's Coffee don't just sell their own blend, they sell beans from single estates too. 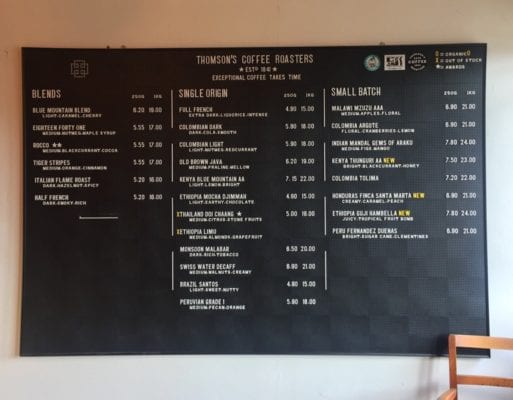 The beans are bought directly from the grower, so no middle-men to take a slice of their profit.  This creates a partnership and a long-lasting relationship with the growers, some of which have been trading with Thomson's for over 30 years.  Dealing directly also means that small-batch growers can be supported and therefore help to create sustaining sourcing of beans.  So we get unusual and exclusive beans, the growers get support and money.

There's a huge beast living here and it's a 1940's Whitmee Flame Roaster. Look at this beauty. 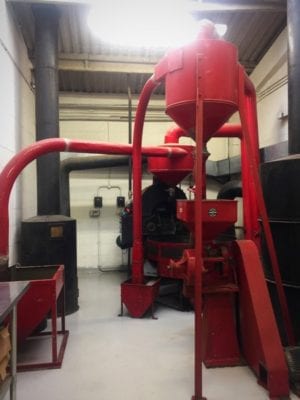 It is some size and has been working for Thomson's since the 1960's and is still going strong. Being a flame roaster, the beans come into direct contact with the flame. Which makes for a completely different flavour to the normal drum roasting machine.  A live flame and an industrial almost scary vibe, means I have the most respect for anyone roasting here!  It's been calculated that the Whitmee roaster here has roasted 2.5 million kilograms of coffee so far.  A trooper! 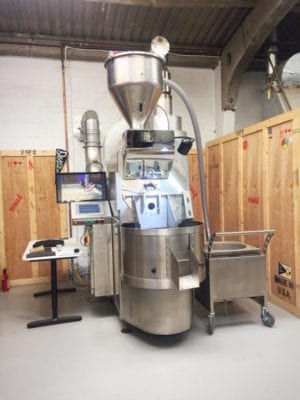 In comparison, the sparkly Loring roaster is a gentle giant.  Compact with full green credentials the Loring can roast as little a 5kg of coffee at a time, enabling Thomson's to create a wide range of small batch coffee.

It was a pleasure to see behind the scenes at Thomson's and to see that the company I loved all those years back is still here and going strong.

You can buy their coffee  (and tea!) online and take advantage of the 5% off code as well - TC1841 or look out for their swish mugs in a coffee shop near you. 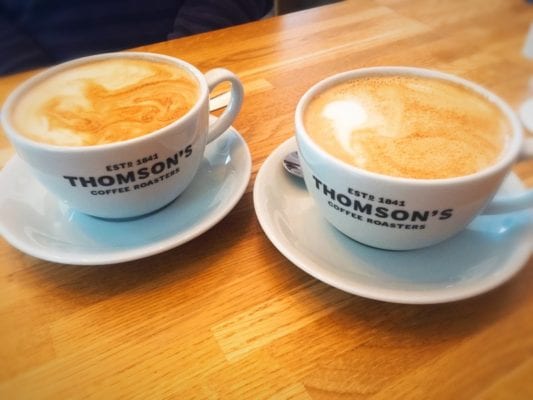