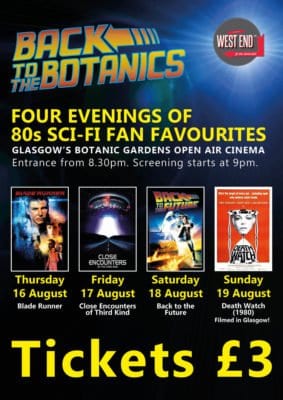 Looking for something different to do this weekend?  Then how about relaxing at Glasgow Botanic Gardens watching some retro cinema? Last night had Blade Runner and the list for the rest of the weekend is:-

All classics but I bet you haven’t heard of Death Watch?  Well unless you are a pair of Glasgow Geeks like us!   Death Watch (1980) directed by Bertrand Tavernier and was filmed in Glasgow.

The filming took place in Glasgow landmarks including; Westbourne Gardens in the West End, Glasgow Necropolis, Glasgow Cathedral, the former Queen’s Dock on the River Clyde (now The Clydeside Distillery), and the Glasgow City Chambers.

Watch the trailer and see if you recognise any film locations:

It is a strange film, you’ll be mostly checking out the backgrounds.  The story goes that at the behest of his boss (Harry Dean Stanton), Roddy (Harvey Keitel) has a TV camera implanted in his head, so that he can befriend Katherine (Romy Schneider), who is dying, and unbeknown to her, broadcast her last days to the TV audience. Max von Sydow plays Katherine’s estranged husband, and the film affords a young Robbie Coltrane his cinematic debut.

More information about Back to the Botanics: Glasgow’s Botanic Gardens open-air cinema can be found on  Facebook: 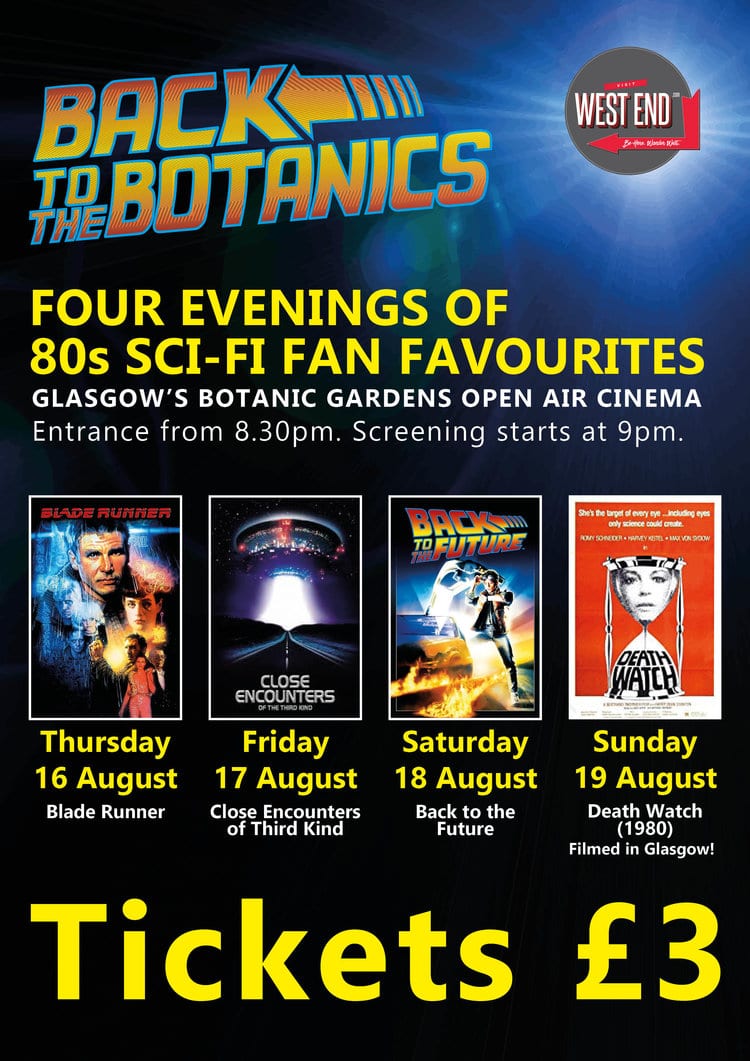