Getting off at U9 Schloßstraße station gives you a bit of advance warning of what to expect at Bierpinsel. The garish colour scheme - all 70's yellow, blue and red burn into your eyes.  It's one ugly station! However, it's also a grower.  After the initial shock we started to love  it.  It was so different to the other boring stations.  If you've used the Prague or Stockholm metros then you might feel at home with the space ship-like decor here. 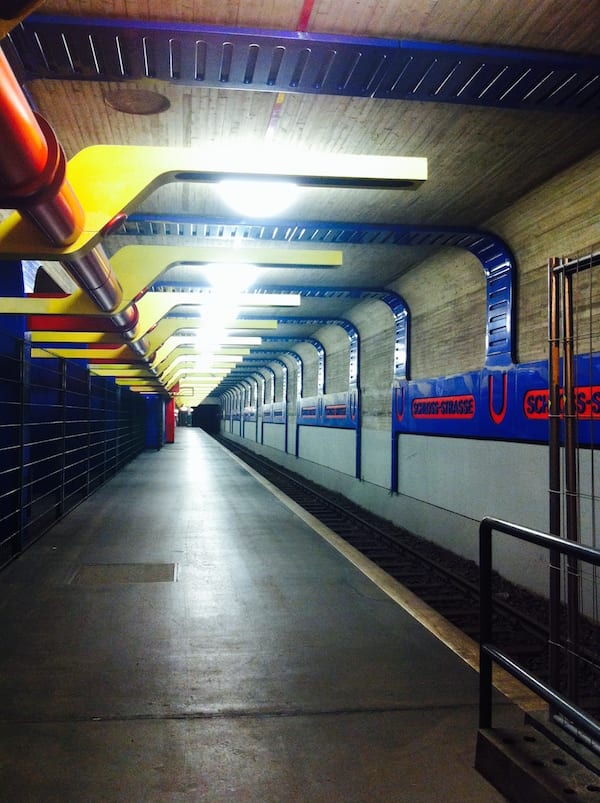 You will be able to walk up stairs to the Joachim Tibutius bridge (the expressway) and get a closer look, but remember to take some time out to venture further away for a wider look. 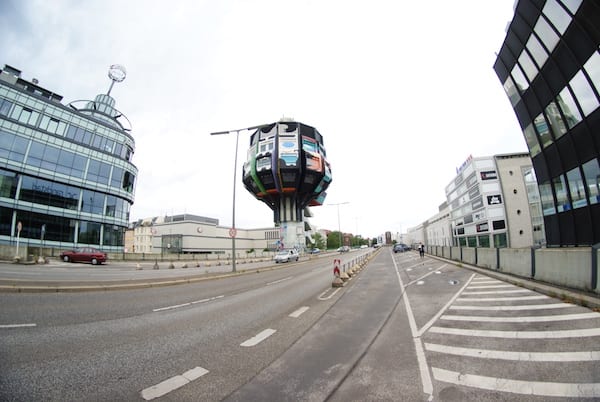 The Bierpinsel (Beer Brush) sums up Berlin for me.  A bit awkward - trying new things and then not knowing what to do with them so you slowly watch the futuristic vision crumble.  That not quite pristine look, a little rough around the edges with oddities galore is what draws me to Berlin time and time again...

The Bierpinsel (officially known as  Turmrestaurant Steglitz (Tower Restaurant Steglitz) was opened in 1976, designed by the Architects Ralf Schüler and Ursulina Schüler-Witte.  It's 47 meters high and is meant to resemble a tree and offset the expressway it sits on.

Originally the pinsel had 3 levels which were used by the Wienerwald Fast Food Chain and housed a Disco. The Bierpinsel was closed in 2002 and lay empty until 2010 when an  artists' cafe opened up inside.  Artists painted the outside of the pinsel the amazing colours which we now see. 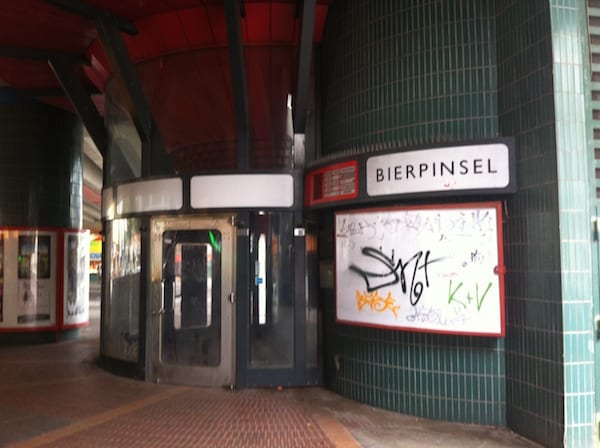 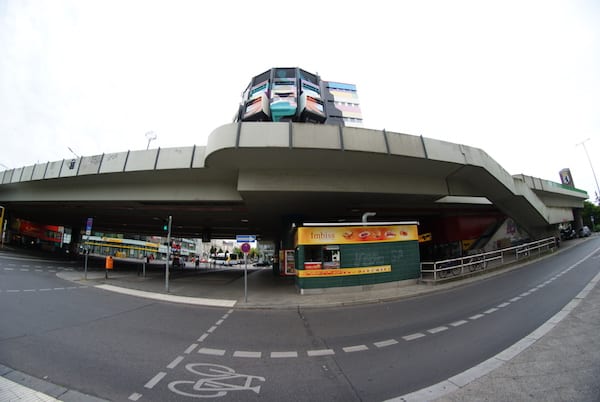 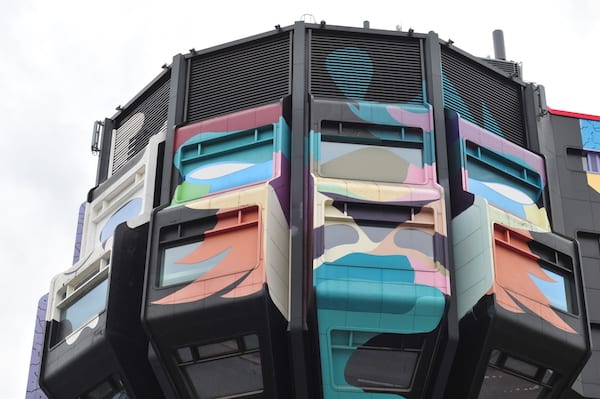 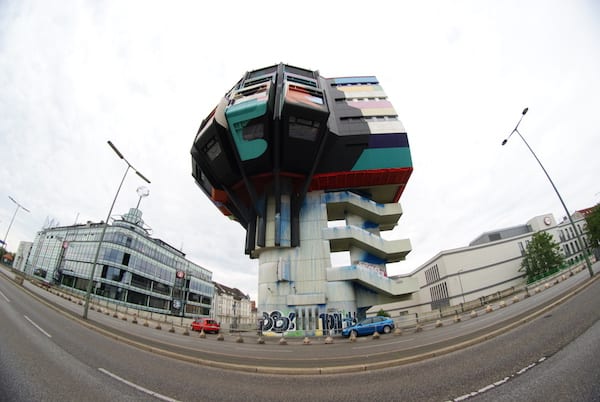 Fans of the Netflix show Dogs of Berlin will recognise the building.  The Bierpinsel was one of the Dogs of Berlin filming locations and was the base for the “Red card task force”.