A few years back on a holiday to Berlin we took the train up to the Hanseatic city of, and UNESCO World Heritage site, Stralsund then headed over to the island of Rügen (parts of which are also listed by UNESCO) to visit the beach resort of Prora.

Prora lies on a bay between the bigger resort towns of Sassnitz and Binz on the Baltic Sea. 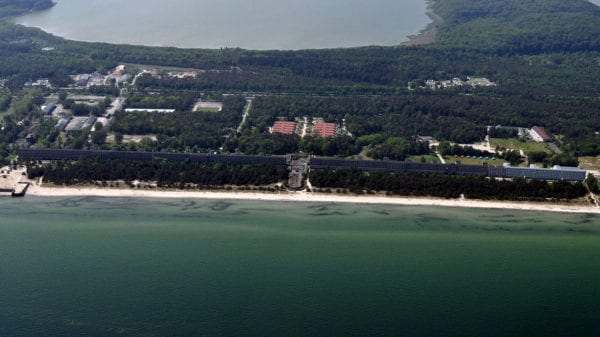 Prora was built between 1936 and 1939 as a Strength Through Joy (Kraft durch Freude or KdF) project. KdF was a state-operated organisation set up to promote National Socialism as well as boost German tourism. This was carried out by enabling activities normally associated with the middle class (such as holidays) for all German citizens.

Designed to house 20,000 holidaymakers at a time, as KDF believed that every worker deserved a holiday at the beach, even if that beach happened to be on the Baltic (it was freezing although we did visit in winter)! 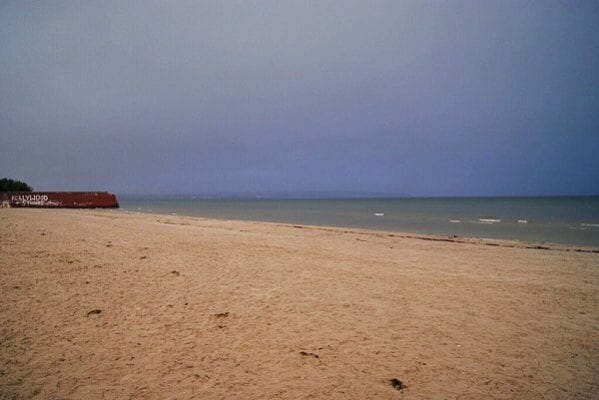 During construction around 9000 workers were involved on site. This changed in 1939 when staff were moved further along the coast to the seaport of Peenemünde where the V1 and V2 rockets were developed. Consequently, the holiday resort was never fully completed. 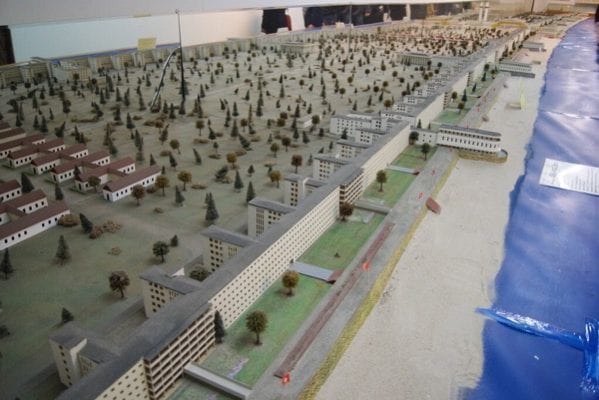 Scale model of the Prora holiday site in the museum

After the Second World War, the Soviet Army established a military base at Prora which was used until around 1955. Two housing blocks, one North and one South, were demolished.

With the establishment of the German Democratic Republic (GDR / Deutsche Demokratische Republik - DDR), the site became a base for the National People's Army (NPA / Nationale Volksarmee – NVA).

Following German reunification, the buildings were used by The Military Technical School of the Bundeswehr and to house asylum seekers fleeing the Balkan war. 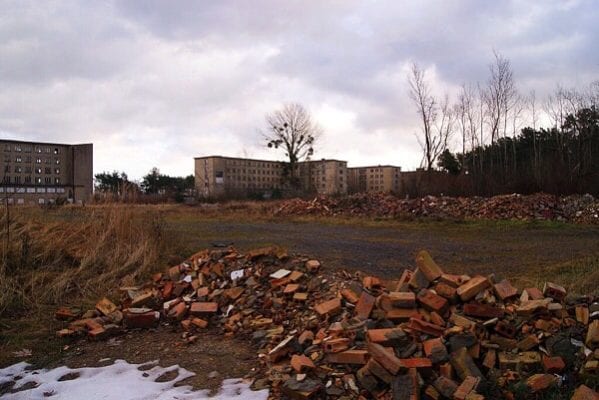 Since 2000, the Documentation Center Prora has been located here and in 2011 a youth hostel made use of one of the buildings - so at least part of the site was used for its original intention! An old-school museum, spread over 5 floors which covers various facets of history and not just WWII, can also be found in the southern complex (€6.90 entry, note most exhibits were in German-only when we visited). 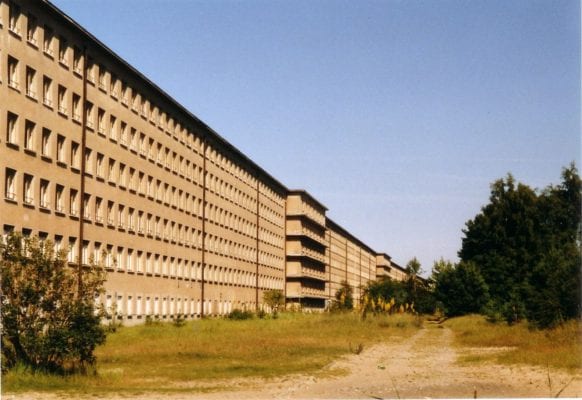 There were originally eight buildings stretching 4.5km along the coast!

Each room is 5 x 2.5 metres in size with two beds, wardrobe, sink and all had a sea view. Toilets and showers were located across the corridor on the land-side. 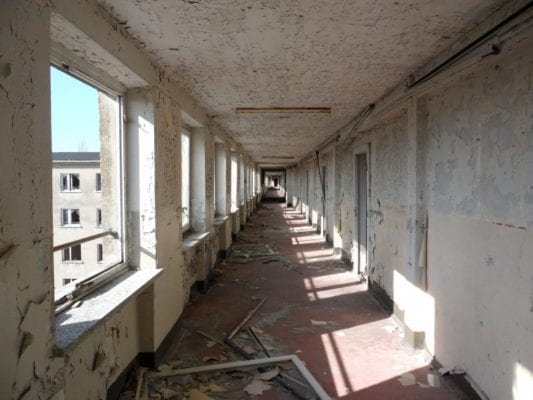 The complex has a formal heritage listing as a particularly striking example of Third Reich architecture. Disregarding the political background of the area, the buildings are impressive, and if you like modernist architecture and/or urban exploration - you'll love it here. 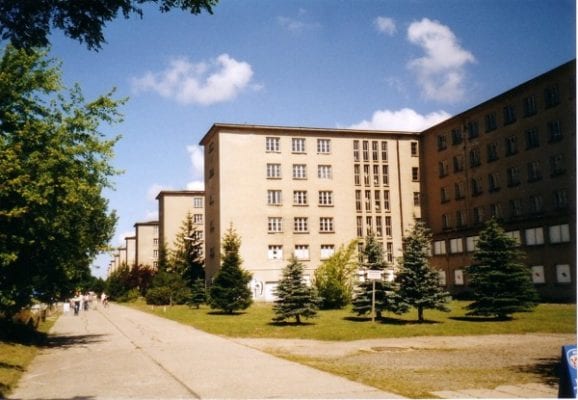 Developers are marketing refurbished apartments in the colossus for as much as 700,000 euros! 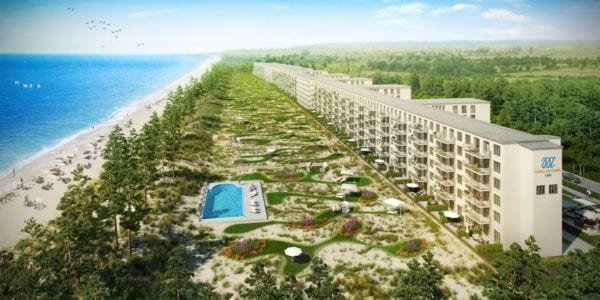 Currently, four of the buildings are in the process of redevelopment, with some businesses having opened since our visit (eg. a burger restaurant and ice-cream shop), we assume the museum is, or will be modernised. A fifth building is still used as a youth hostel while the remaining three are in ruins.

How to get there:

We travelled by Deutsche Bahn from Berlin to Stralsund (around 3 hours) then took a local train to Prora (about 50 mins).

Prora has two railway stations, Prora (north) and Prora Ost (east), served by regional trains. You can alight at either as the place is so large but the visitor centre and youth hostel are closest to Prora, which is the station before Prora Ost, which is handier for the museum.


There are usually hourly departures from Stralsund but less in winter and on Sundays.