Home » behind the scenes

My daily cuppa – with Les Wilson

My daily cuppa – with Les Wilson, award-winning documentary maker and author of:
Putting the Tea in Britain The Scots who made our National Drink published by Birlinn

What is your first memory of drinking tea – and did you find it an enjoyable experience?

I distinctly remember my first cups, when I was four. I wanted to be ‘grown up’ and demanded to drink what mum and dad drank - but I was torn. My father, perhaps in reaction to WW2 rationing, liked his with sugar. My figure conscious mother took hers without. Fortunately, on this occasion, I sided with my mother and have drunk it without sugar (and increasingly without milk, ever since

First cup of the day – give us an insight into to your working day as an author.

Indians say that a day without tea is worse than days without food. I really can't get started in the morning without tea - two mugs of it. I can skip breakfast - but I’m no use until I’ve had tea. Whenever I’m stuck, or need inspiration, I walk the dog or make tea (usually the latter). 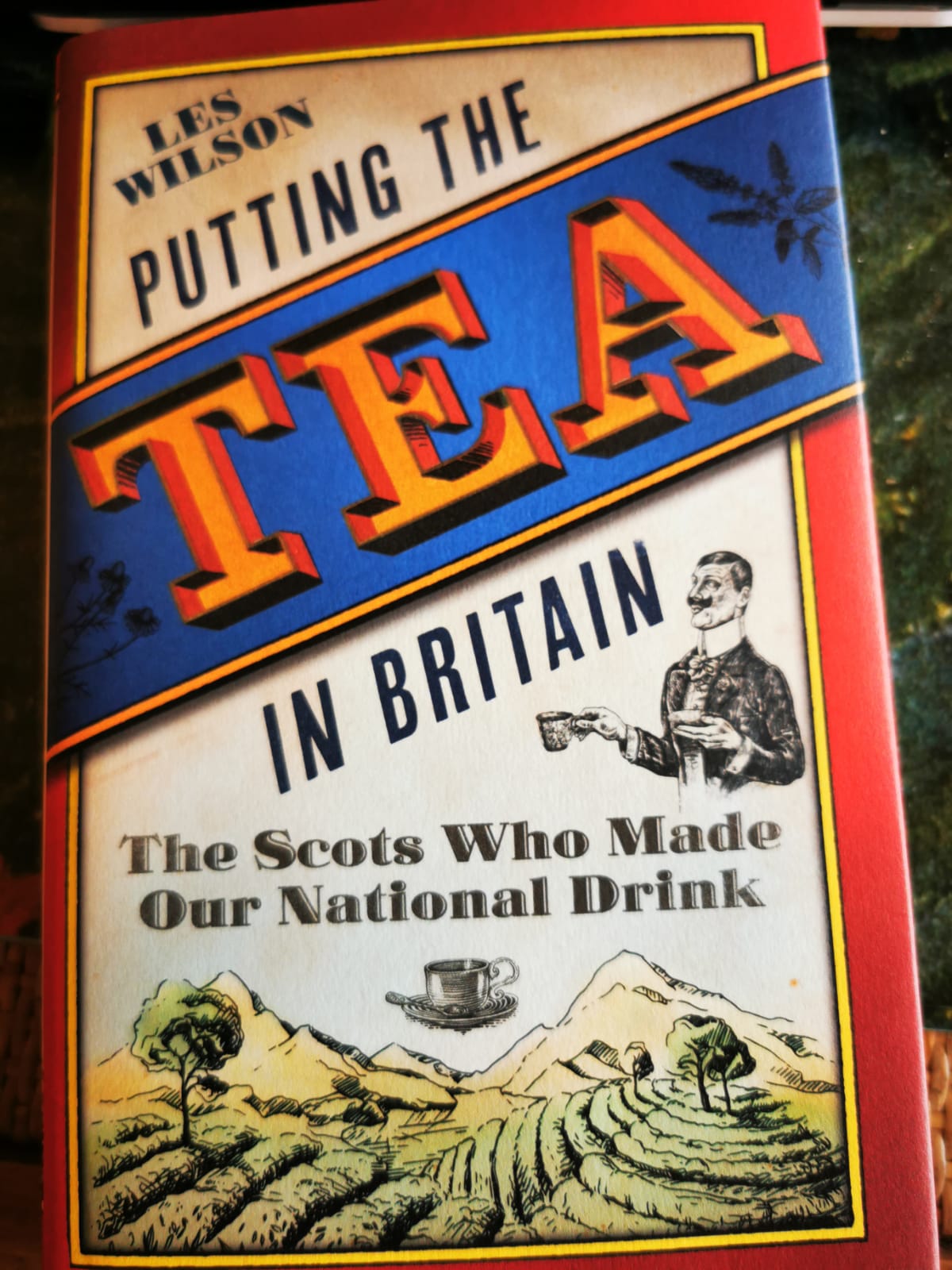 Do you make tea in a mug or do you take the time to go through the ritual of ‘proper’ tea making?

Writing is quite solitary, so I often make tea for myself in a mug - perhaps seven or eight times in a writing day. I use loose leaf tea in a mug infuser made by the London Teapot Company and given to me by Susie Walker-Munro who grows tea near Forfar. She said it would change my life - and it did. You’ll rarely find a tea-bag in my house. I make tea in a pot when drinking it with my wife.

If you had to share a pot of tea with, who would you choose?

Robert Fortune - the botanist, plant-hunter, and possibly the world’s first master of industrial espionage. Not only did he break China’s tea monopoly and took tea to India, but he had a highly adventurous life and was a great story teller. I want to ask him how a Border Scot managed to pass himself off as Chinese.

How important are your daily cups of tea for you, and do you have a favourite blend?

Tea makes me happier and, I believe, improves my concentration and stamina. But any medicinal effect is a bonus - I just love the stuff. I regret that I can’t get Kolukkumalai Estate tea from high up in the Western Ghats in the UK, although I did bring back a several month supply of it when I visited. I’m currently drinking a lot of Ceylon Orange Pekoe that we get from Tea Direct, and I occasionally visit Braithwaite’s, a 150 year old tea merchant in Dundee which has a wonderful China/India blend. I buy Suki Tea’s Bannockburn Estate Darjeeling when I see it - not just because I’m Scottish and love the name, but also because it’s delicious. However, if I’m out and about, I’ll never refuse a cup of tea made from a decent supermarket tea-bag. 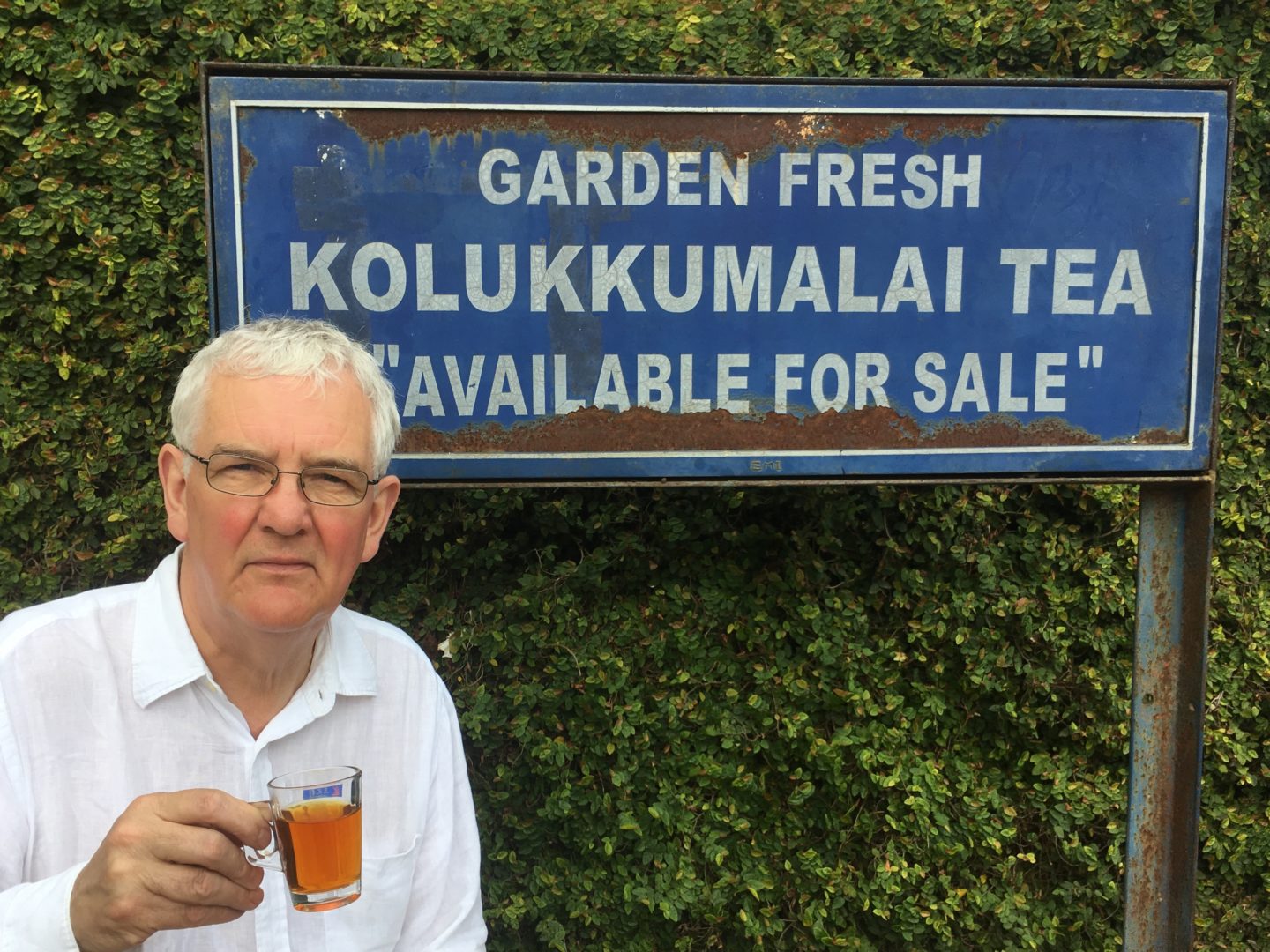 Your last drink of the day (and how do you switch off)?

I generally have my last mug of tea between 5.00 and 6.00 pm. Drinking it later causes me a sleepless night. I like to drink red wine with meals but, living on the island of Islay, I have a great choice of fine drams with which to unwind after a busy day.

What inspired you to write your most recent book ‘Putting the Tea in Britain, The Scots who made our National Drink’.

My discovery that Archibald Campbell, a man from Islay, was the first person to plant tea in Darjeeling got me interested in tea’s history. The more I learned, the more I needed to tell the story. Thanks Archie! My wife Jenni Minto also deserves credit. She has a family connection to Kalimpong in the foothills of the Himalayas, and it was this connection that first took us to North India. She’s my very own Tea Jenni.

Sitting down with a cup of steaming hot tea; tell us a few fascinating facts about our national drink ‘Tea’.

I’ve refilled my mug - so now for a few fascinating facts:
Tea was so expensive when it was first introduced to Scotland that its aristocratic drinkers bought it from an Edinburgh goldsmith.

Most Europeans believed that black and green tea came from different plants - until Robert Fortune discovered that it was the processing, not the plant, that made tea black or green.

While the British were struggling to smuggle tea bushes out of China and establish them in India, tea was growing under their noses in India’s Brahmaputra jungle. It was two Scottish brothers, Robert and Charles Bruce, who first realised that a tall jungle tree was actually wild tea, and capable of cultivation.

The coffee-based economy of Ceylon was saved by Scotsman James Taylor, who had planted an experimental tea garden at Loolecondera Estate, near Kandy, in 1867. Tea quickly took off after a fungal disease killed the coffee plants, and several acres of Taylor’s original tea bushes are still being plucked.

Putting the Tea in Britain: The Scots who made our national drink is available online and stocked in all good book stores.