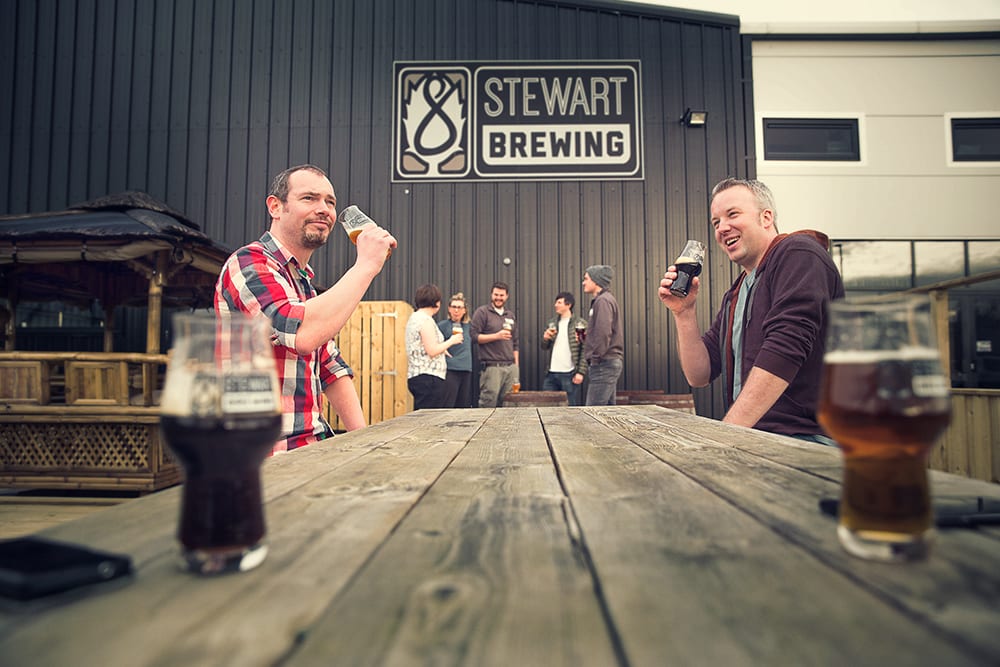 With a minimum of  three collaboration beers, with the Lake District’s Hawkshead, Stirlingshire’s Fallen and Crux Fermentation Project in Oregon, keep your eyes on the Stewart Brewing Twitter feed for more information.

Food from street food vans,  coffee from Brewlab and gin from Edinburgh gin. Music will be provided by two of Leith’s finest indie/rock/blues bands, The Alibis and Fight, Robots! Fight.

· Keen to promote the festival to locals, Stewart’s is offering Midlothian residents (residents in postcodes EH18, EH19, EH20 and EH23-26)  a discounted ticketed price until sell out. Early bird tickets are available to all until the end of February.

“We’re excited to be making our first wild beer, an imperial stout,” enthused Head Brewer Bruce Smith, “Our brewers will also be joining forces with the Lake District’s Hawkshead, Stirlingshire’s Fallen and Oregon’s Crux Fermentation Project to brew up a couple of distinctive collabs.”

Early bird tickets are also available to everyone until February 29th and regular tickets are priced at £15. Buy them online or in person in Stewart’s brewery shop and on Eventbrite.