Just like that, another year has passed.  Happy New Year! We hope that you aren't too sad to be back to work, not eating cheese every day and having to get up before 11am.  It is a shock to the system!  2020’s New Year jaunt took us to Namur in Belgium.  Not the first place you may think of, but with cheap Ryanair flights to Brussels South Charleroi airport, it would have been rude not to have gone.

Namur (Namen in Dutch) is a city and municipality in Wallonia, Belgium.  Standing at the confluence of the Sambre and Meuse rivers, this French-speaking city is the capital of the province of Namur and of Wallonia.  It is home to the Parliament of Wallonia and Walloon Government.  Due to it being New Year's Eve, the bar we had earmarked for a leisurely pint before getting the bus to Namur closed early, never mind there was a shop open on-site, so we didn't miss out on the first beer of the holiday. 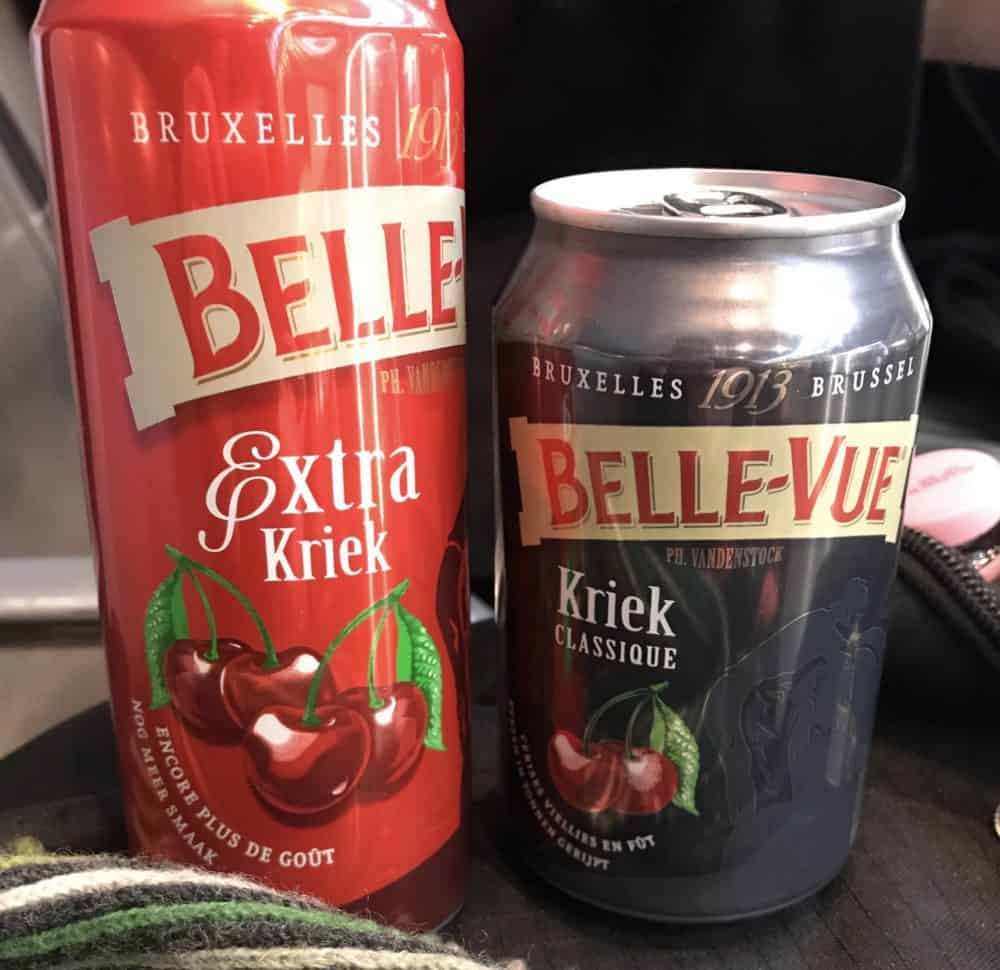 We used FlibCo, a budget bus company who will transfer you from Charleroi airport to numerous towns and cities in Belgium, France, The Netherlands and Luxembourg with  prices starting at 5 euros. They drop you off on the edge of town though so a transfer onto a local bus was required where we received a bonus free New Year’s Eve fare from the bus driver. We believe that all TEC buses are free on 31st December.  We love how the buses also have ‘Bonne Année’ (‘Happy New Year’ in French) on their destination boards, funny how just a little thing like that can make life almost seem bearable!

It didn't take long to find our digs: Bed Namur.  It was a hostel which has a communal kitchen but private rooms and bathrooms.  Just what we needed really.  Somewhere clean and tidy to rest our heads, and there was WiFi as well. 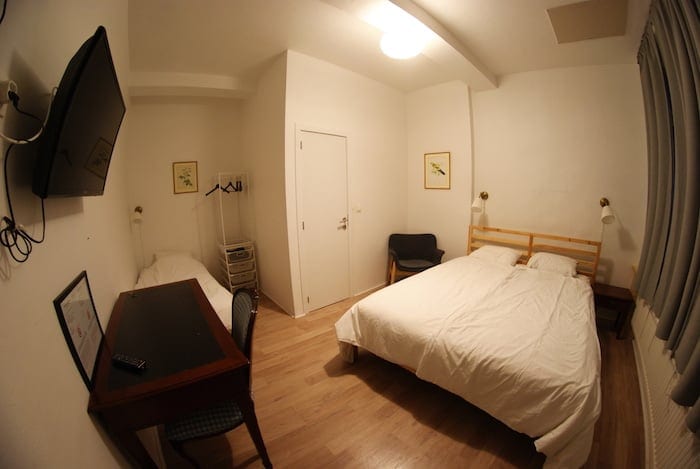 Next challenge, what to eat.  We were struggling, everywhere was fully booked or closed and we hadn’t been able to reserve anywhere before leaving home.   So the joke of back up fast food did materialise.  Things were that bad that Burger King had run out of beef! So we ate chicken burgers and bacon topped fries for our last meal of 2019.  Gourmet! 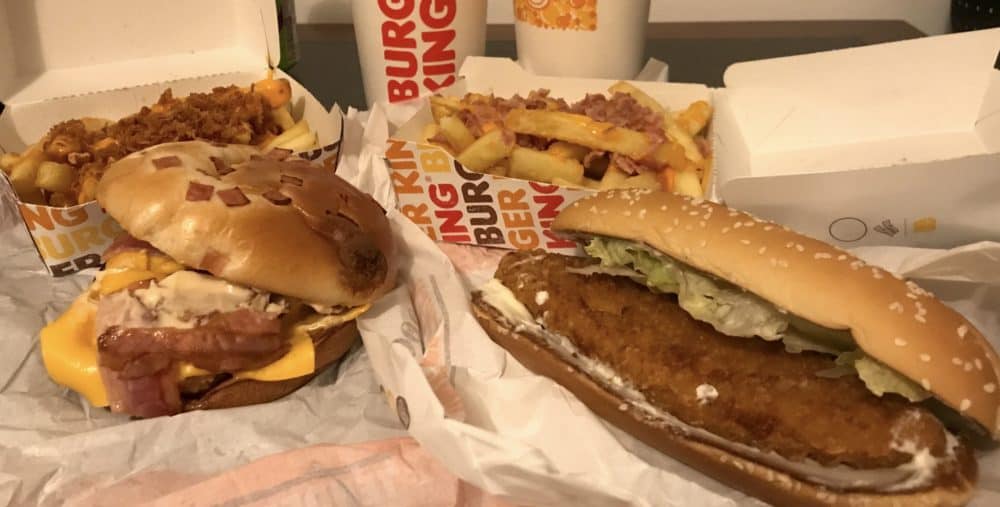 Not the best meal to end the year, but we were fed.  A nap and then it was time to go out and find a place to see the fireworks. The citadel looked stunning all lit up, we wondered why this wasn't used as the backdrop for the fireworks, which would look amazing. 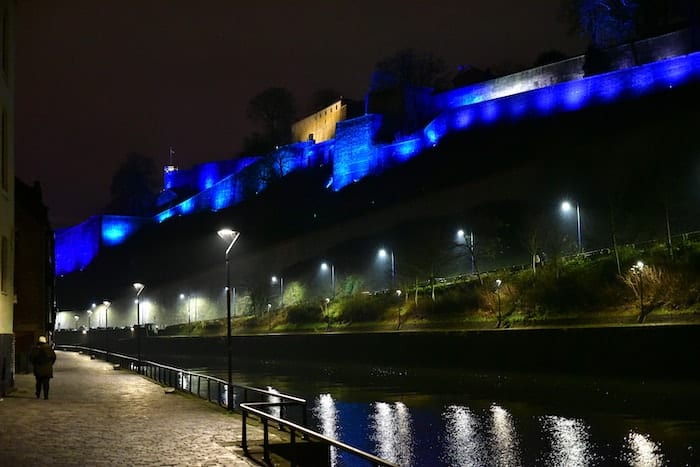 We weren't disappointed with the fireworks, a good show and the crowd was just right, not too many rowdy folks.  Compared to previous New Years in Naples, Berlin and Prague, this was complete relaxation. 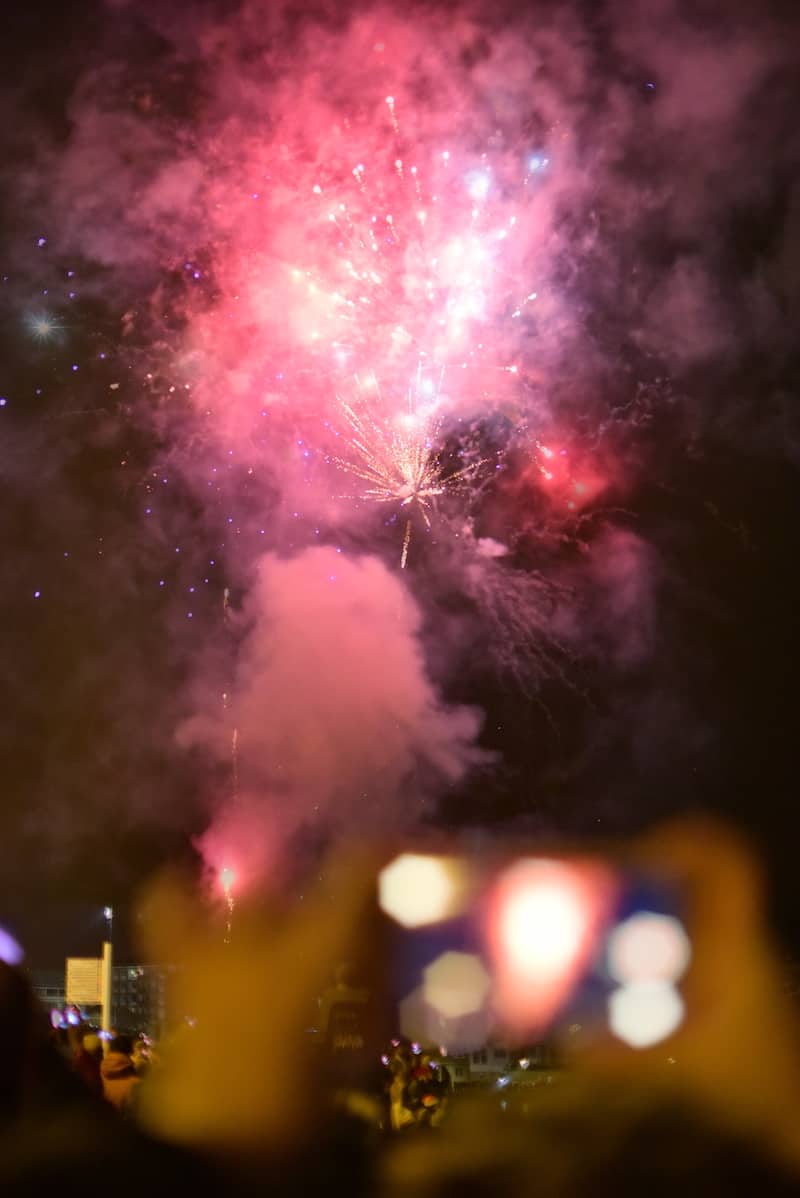 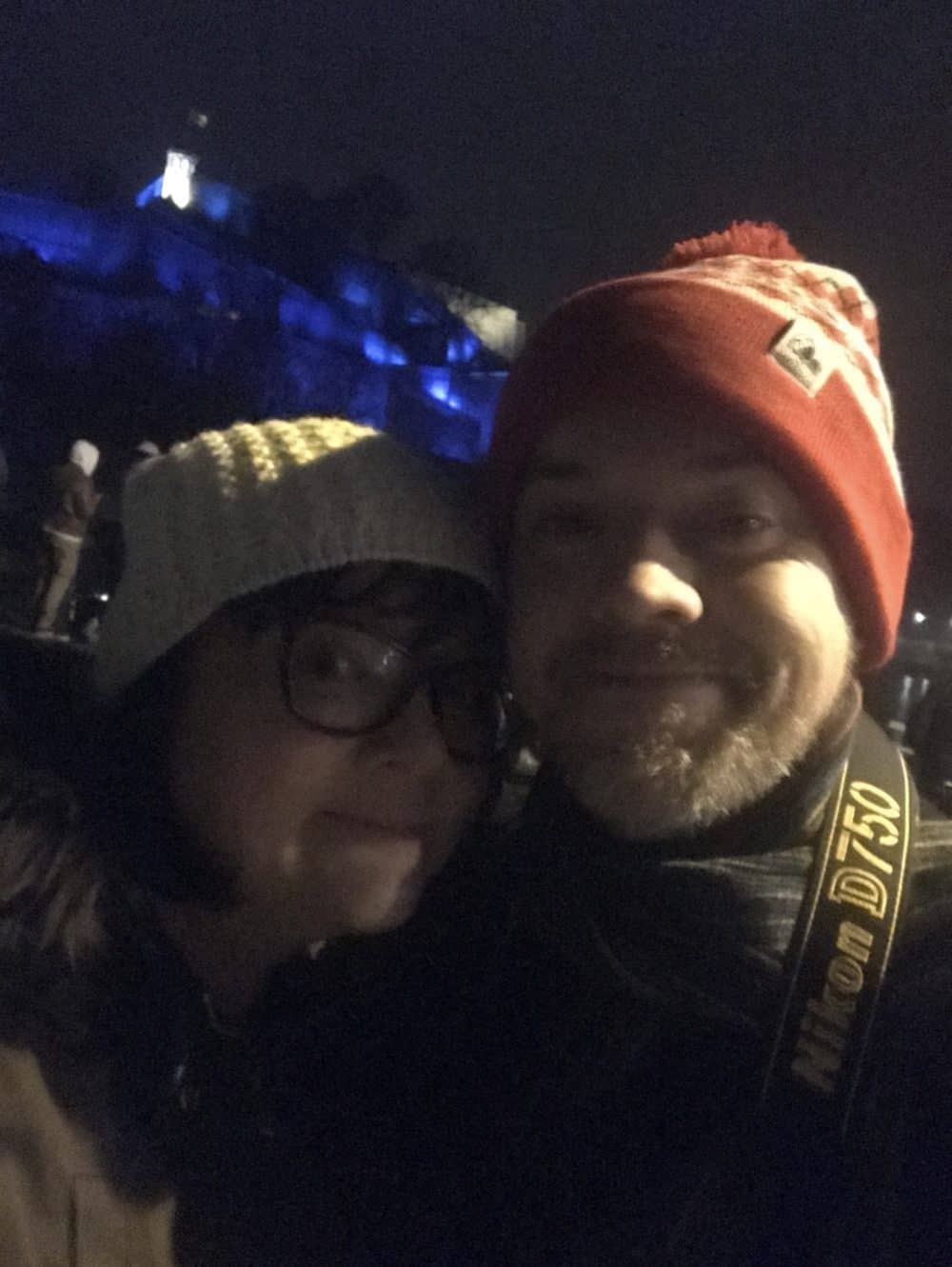 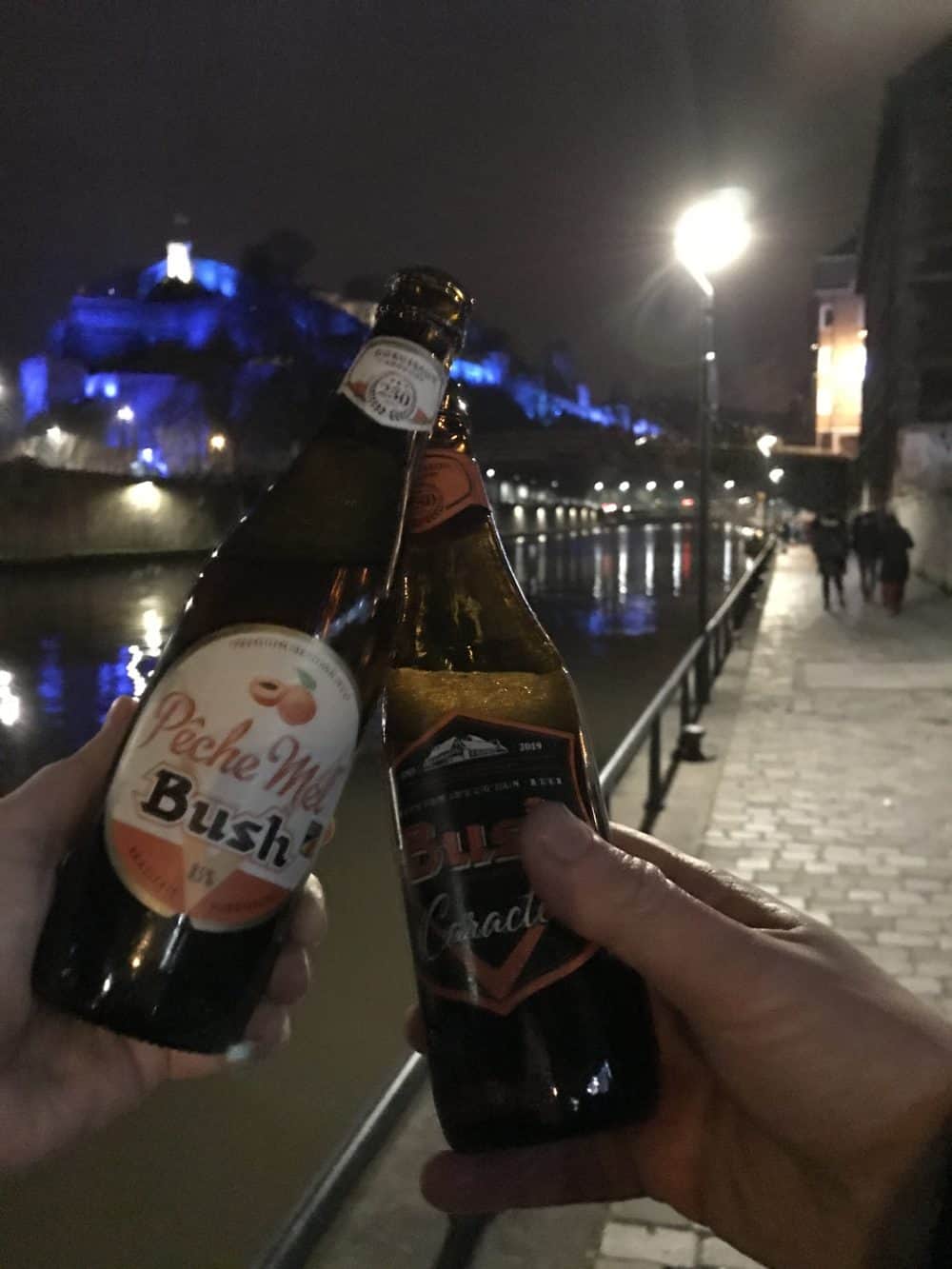