We were invited along to the opening of the Glee Comedy Club Glasgow to celebrate its launch and of course have many hearty belly laughs.

The 400 seat club is surely the largest dedicated comedy space in Scotland at the site on Renfrew Street (where Jongleurs was). 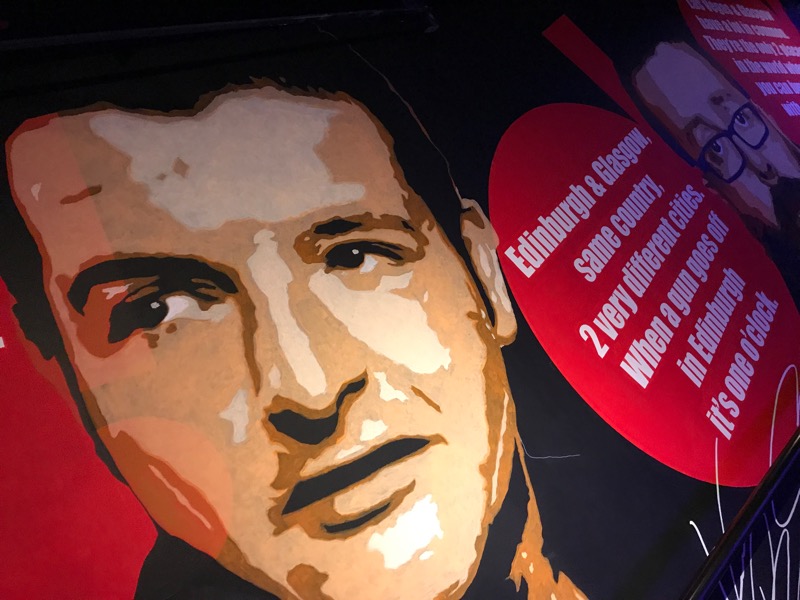 It’s all shiny and new inside, which beats the usual sweaty comedy club smell! Fully accessible from street level, there’s a lift and a ramp inside taking you from the bar to seating area.

The bar area is bright and easy to navigate with a wide range of beer, wine and cocktails as well as popcorn on sale. 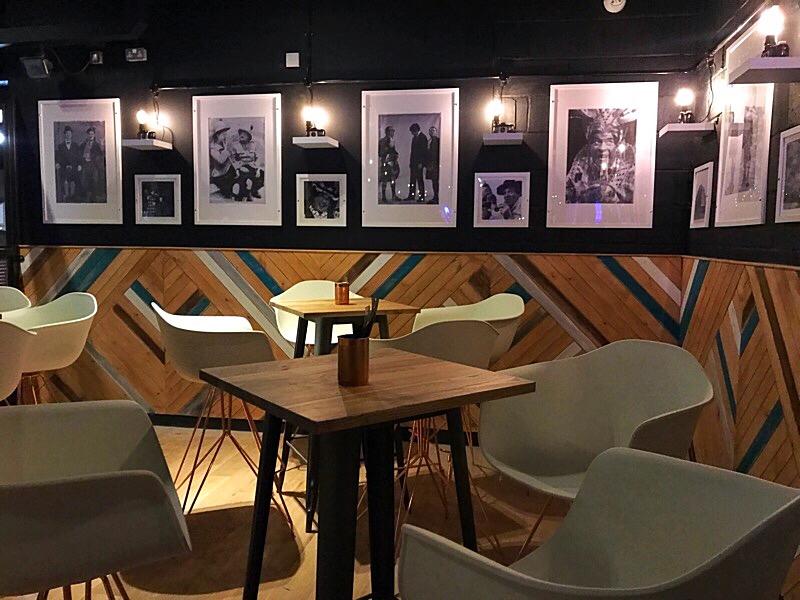 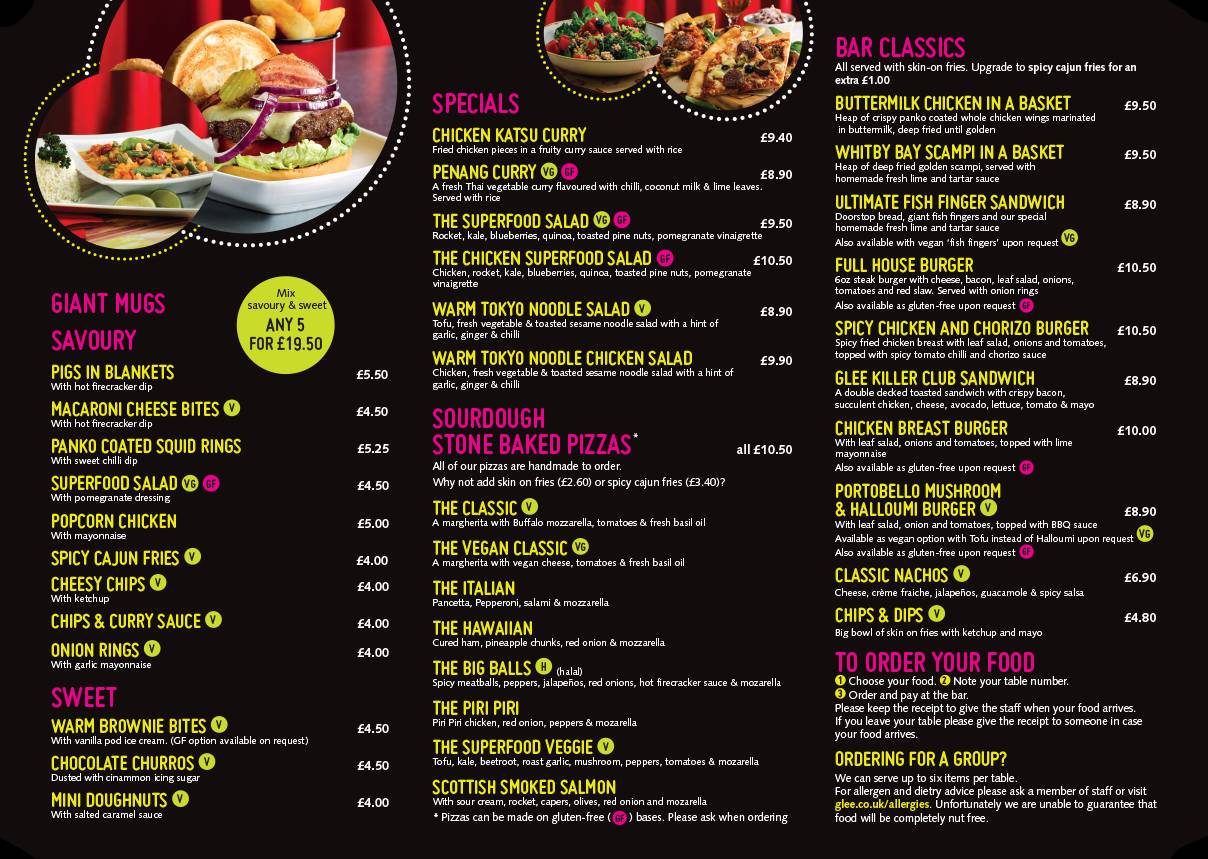 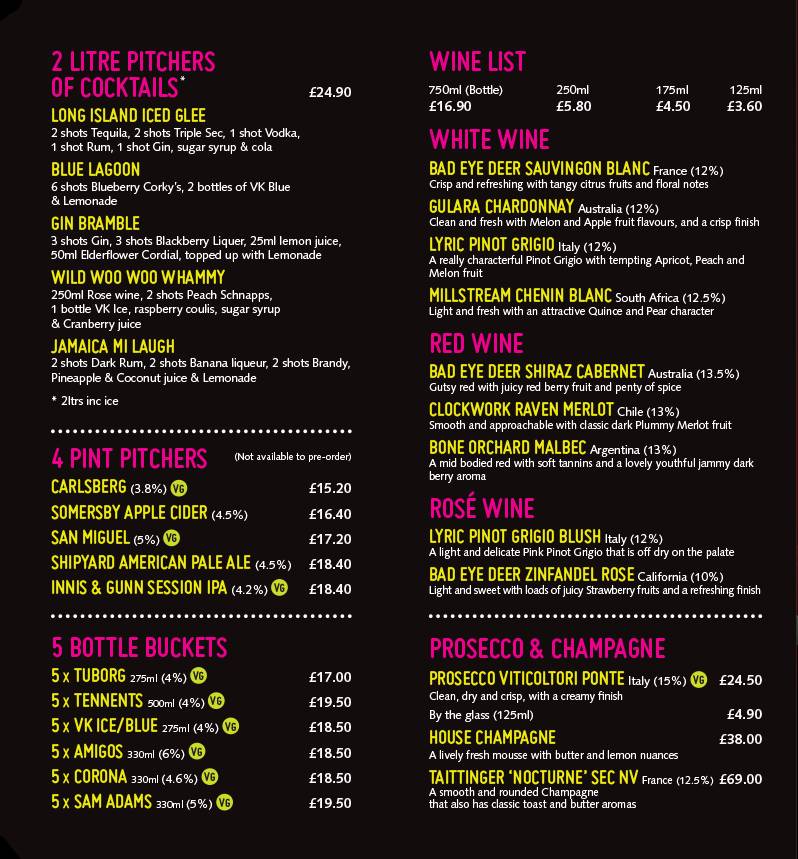 There’s a variety of food on offer including pizza, vegetarian, vegan and gluten-free options. The snacky savoury mugs caught our eye so we ordered food and drink at the bar and took a bottle of wine to our table, with the food being delivered when ready (so pay attention to your table number!). 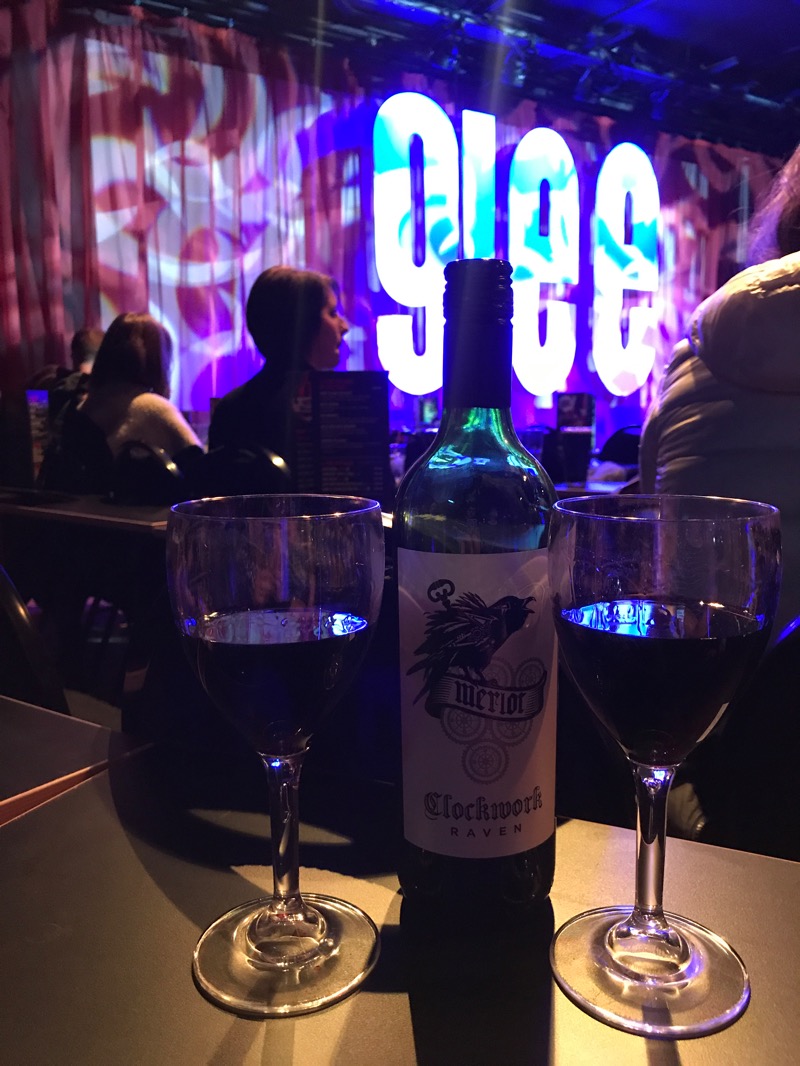 There’s a choice of 4 white wines, 3 reds and 2 roses all for £16.90 a bottle. We had the Clockwork Raven Merlot, which was pretty decent for the price.

Then our food arrived, just in time for the start of the show.  As the lights had dimmed, this isn’t the most appetising of photos! Note that the bar closes when performers are on stage but re-opens between acts. 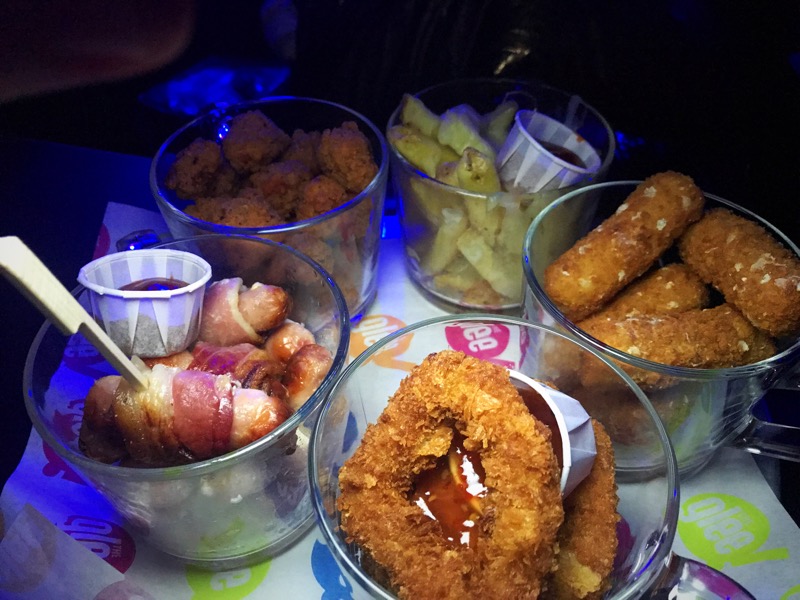 From the top-left we have clockwise: popcorn chicken, cheesy chips, mac and cheese bites, squid rings and pigs in blankets.

The popcorn chicken had a good spicy kick. The cheesy chips weren’t much to write home about, they were overshadowed by the tasty Mac n cheese bites.  The panko squid rings and pigs n blankets were a bit greasy for me but flavoursome and good shareable drinking food.

The opening night was compered by Jay Lafferty and featured Gary Little, Geoff Norcott and Sean Lock.  We’d seen (big!) Gary Little before and Sean Lock on the TV but not in a proper gig and Geoff Norcott was now added to our list of ‘must find out more about him’. Jay handled the audience well, breaking the ice and dishing out the banter. 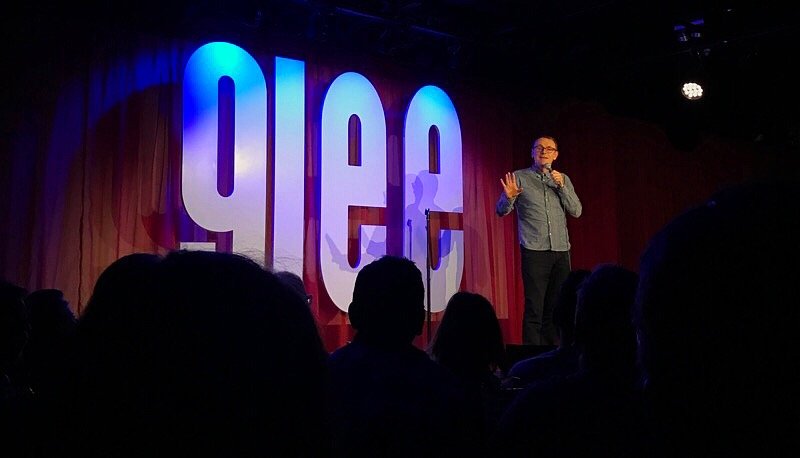 The tables were a tad wonky, but I used my trusty OpenTable wonKEY to sort that out! Good sound and view from our seat with an adequate amount of breaks. Also bar service was quick at interval time. 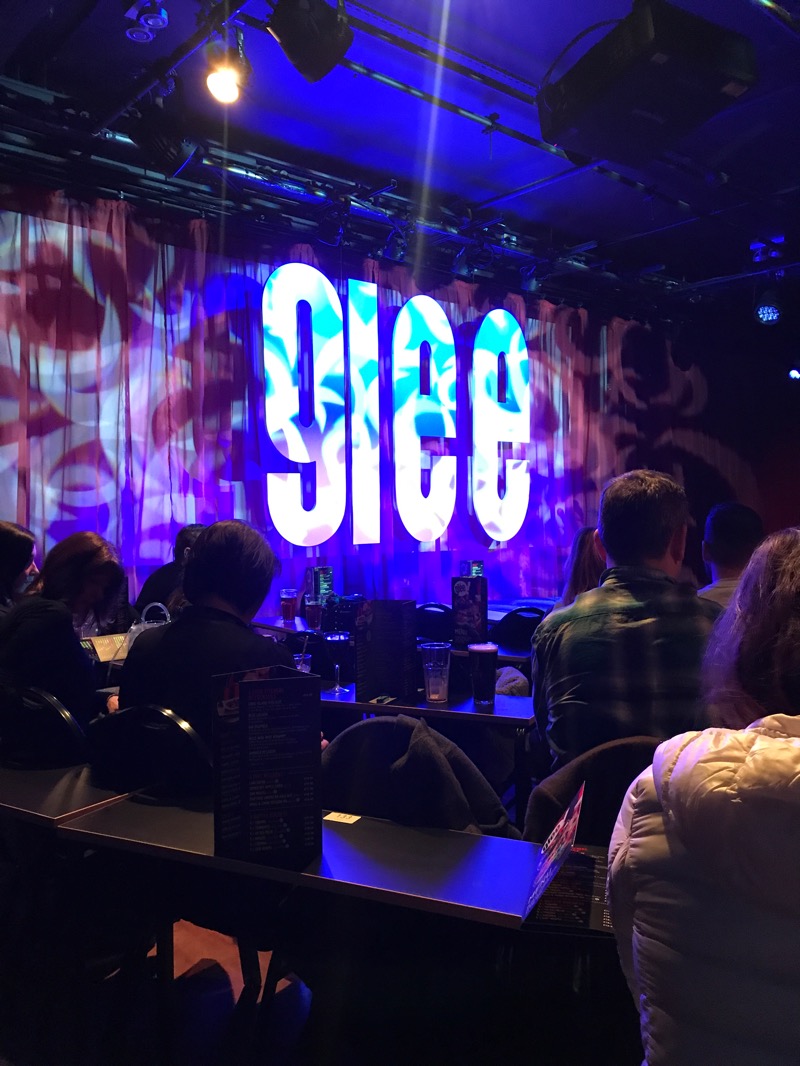 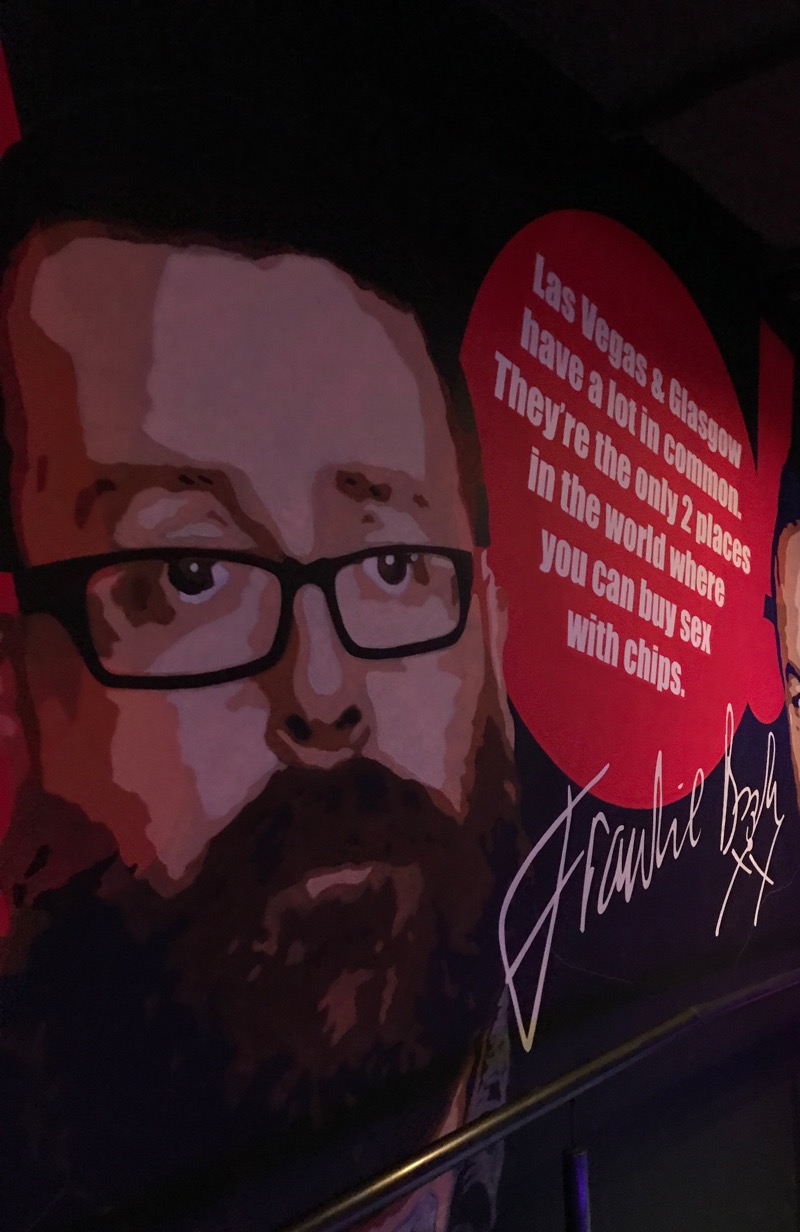 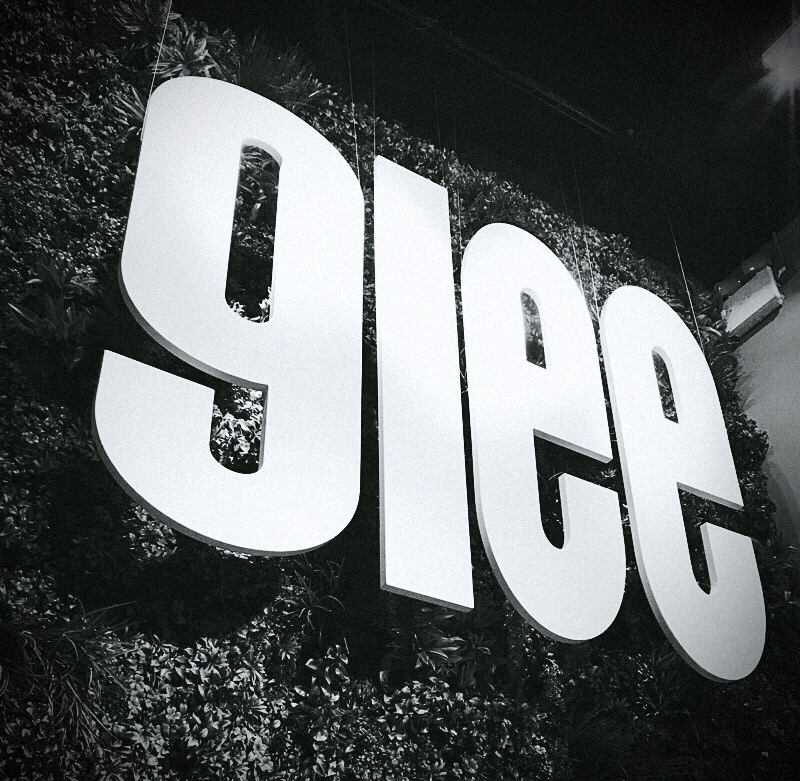 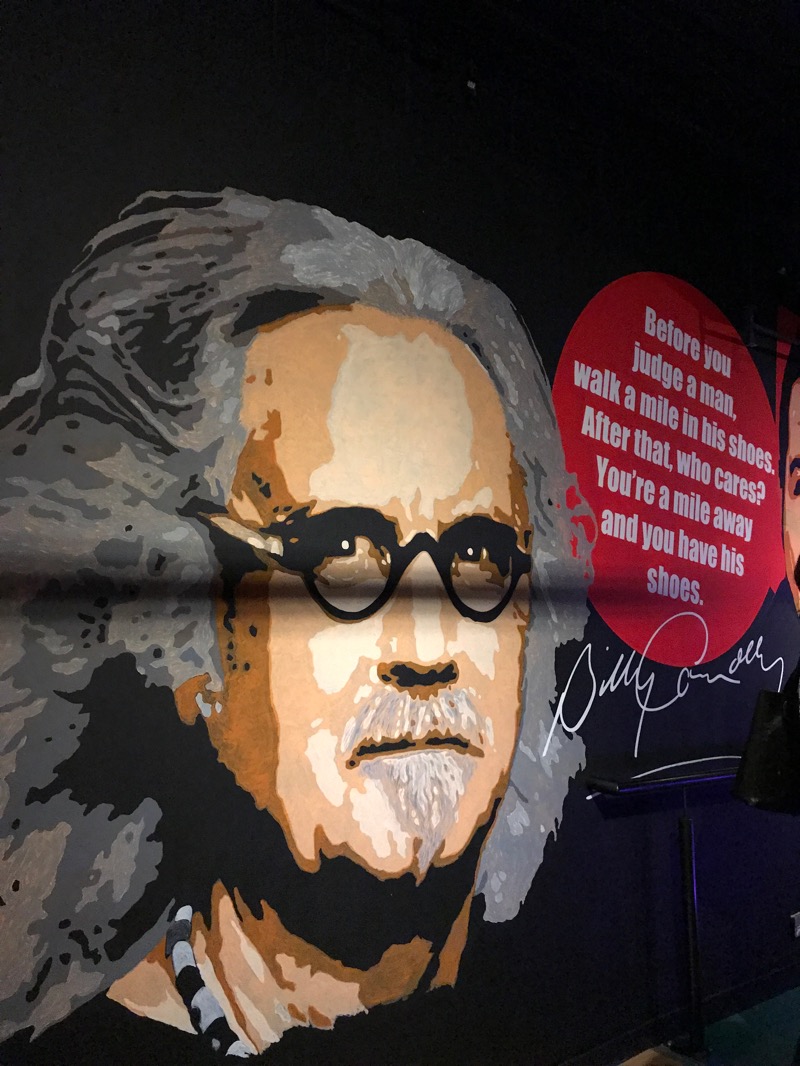 Find our more about shows and more -  glee.co.uk

Fred sez his hoomans had a free night out in exchange for a review. He did mind as he likes Sean Lock but thinks his hoomans are still truthful in their review.