We do like a funicular in this household, so when we were on honeymoon and were driving through north Devon we had to stop to visit two towns that have a unique way to get from one to the other.

Lynton and Lynmouth are separated by a high cliff which makes it a bit problematic when moving in between them. So in the late 1800s civil engineer George Croydon Marks joined with his business partner, Sir George Newnes and local contractor Robert Jones to construct the Lynton and Lynmouth Funicular.

Lynmouth & Lynton Funicular was completed and opened in 1890 and has been in continuous use ever since.

How the Lynton and Lynmouth Cliff Railway works

The railway has two cars, with each carrying up to 40 passengers. They are attached by cables and  pulleys at each end of the incline.

The water used to power the funicular is piped from the West Lyn River to a storage reservoir at the upper station. Each car has a tank mounted between the wheels. When the descending car arrives at the lower station, passengers are loaded and water is added to the tank of the upper car.  The loaded water pulls the car down to the bottom. The speed of the descent is controlled by the car driver.

There is no power used to operate the funicular, water the how the cars move. The used water is discharged onto the beach at Lynmouth, it isn't re-pumped up to the top or used elsewhere. The Lynton and Lynmouth Cliff Railway was the first fully water-powered railway in the UK and is eco-friendly. There is a similar, though more modern one at the Centre for Alternative Technologies in Wales which we have also visited and may write about in the near future. 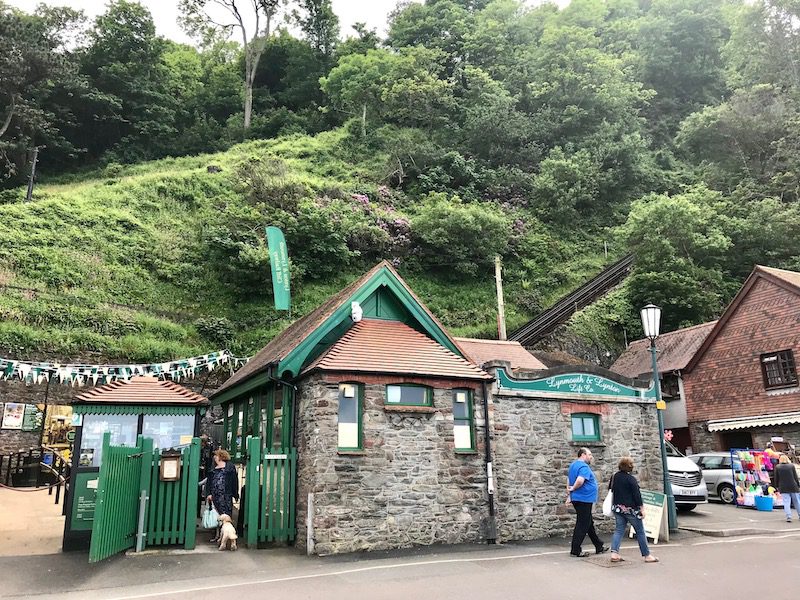 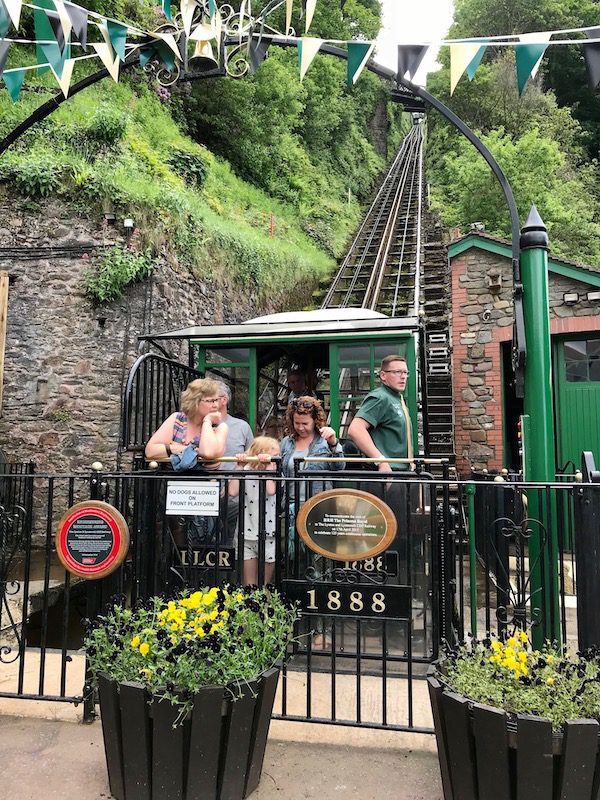 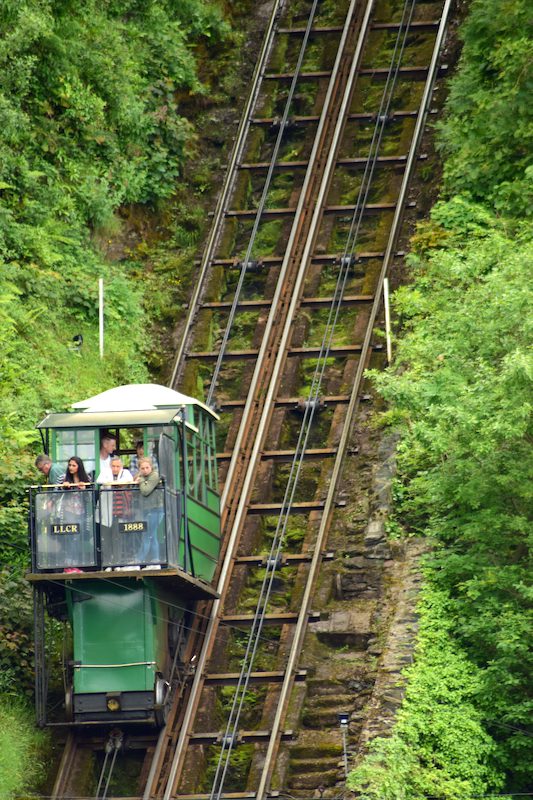 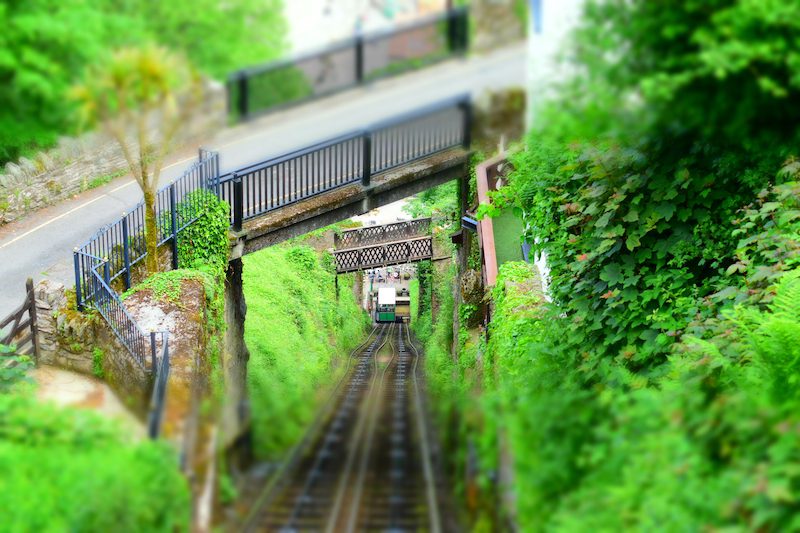 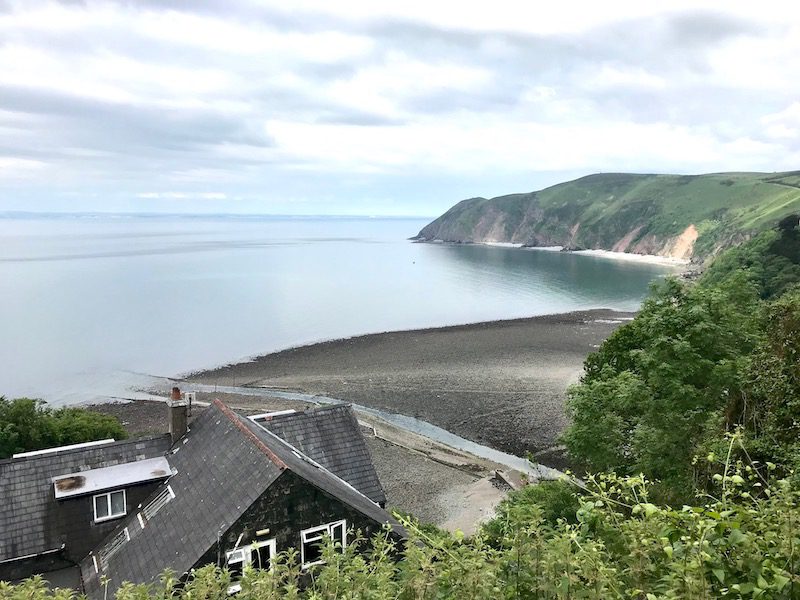 Open Monday to Sunday 11am to 4pm.

The single tickets are purchased immediately prior to each trip and are not based upon timetables. They only accept contactless or Chip and PIN card payments. Children under 4 travel free.

Due to the narrow Victorian carriages, pushchairs and wheelchairs will need to be folded. Unfortunately, they cannot accommodate mobility scooters or larger wheelchairs. Customers with particular requirements are advised to view their Accessibility Guide or contact the railway prior to visiting. 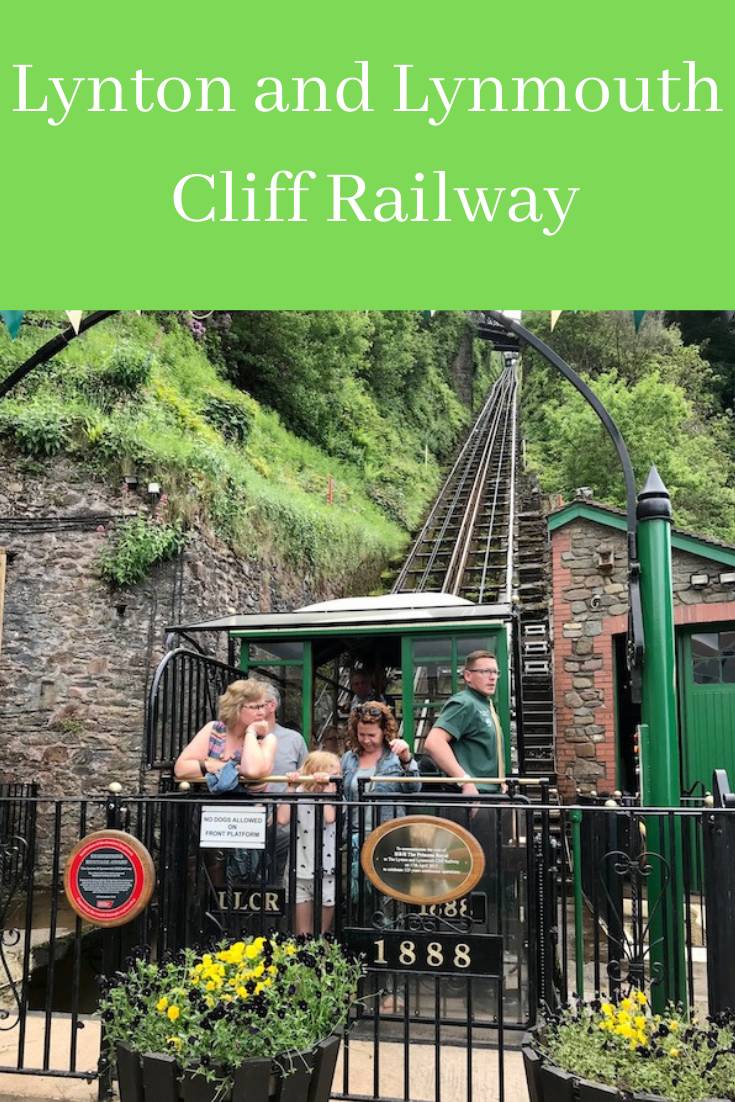