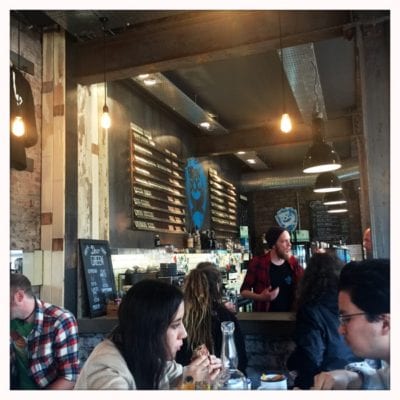 How did our first El Perro Negro burger at BrewDog go?

We luckily snaffled a space at the El Perro Negro pop-up after missing them for ages due to well, always being somewhere else!

The menu looked impressive: marrow butter and Taleggio cheese listed amongst ingredients got our tummies rumbling. 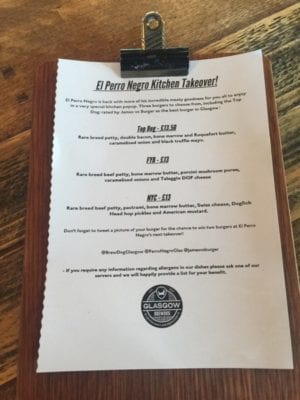 Of course, we had to sample some brews whilst in BrewDog such as this Aftermath IPA by Black Market Brewing Co. 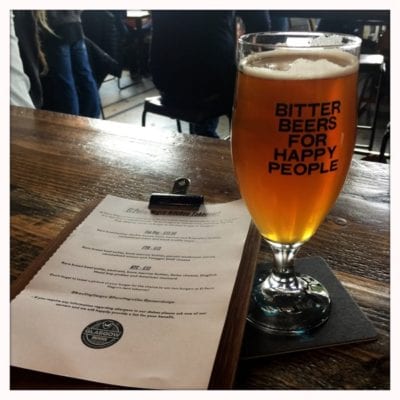 We had a bit of a wait, but it was so worthwhile, it was Sunday after all so sit back, relax and have a beer or two or three... 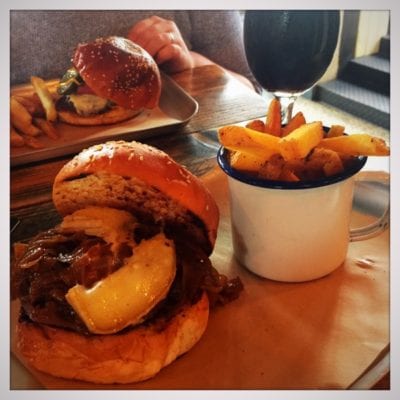 The NYC had a chunk of hand-formed beef, full of juices and malliard flavour (that's that caramelised taste you get in a steak).  Just the right amount of toppings to give additional flavours but not smother the burger. 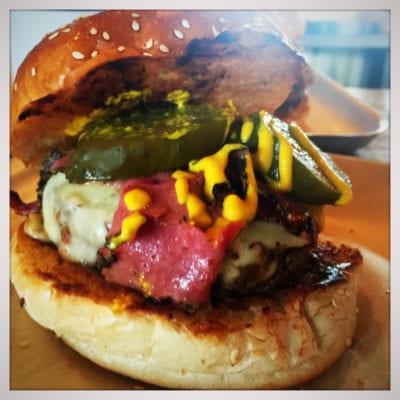 Mr Foodie had his eye on the Top Dog but had already consumed a week's worth of bacon for breakfast so instead went for the FYB - full of European goodness, though mushroom probably isn't a standout addition to a burger but there wasn't much of it, instead onion was the main topping with truffle oil providing the main flavour. It was also moist and tasty but not quite as flavoursome as the NYC. 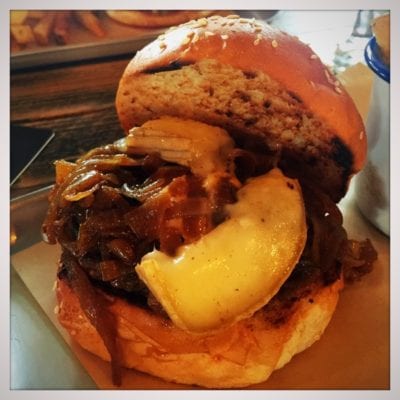 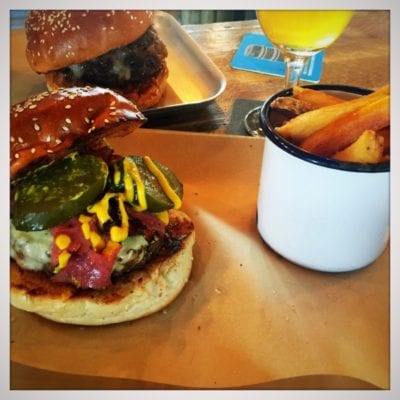 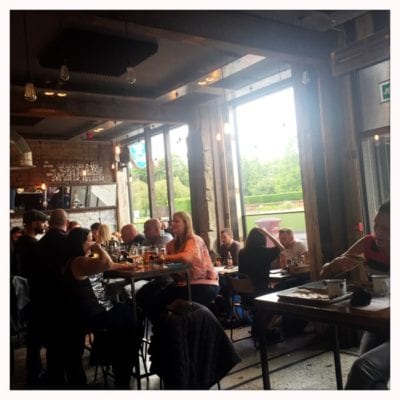 Believe the hype, it's delicious, mouth-watering chunks of beef with tasty toppings.

Keep a watch on @perronegroglas on Twitter for details of future pop-ups.