When you find £20 return flights to your favourite city it's a no brainer.  So off we went to Berlin for our 6th time (though Mr Foodie has been 7 times the lucky ******).

It was our first full day in Berlin and we had time for a walk from our digs to breakfast.  We always seem to end up in East Berlin. I think it's the mix of the architecture, people and cheap accommodation!

Over the years I've become a fan of clunky modernist buildings and there's no shortage of that in East Berlin.   Plattenbauten is the name given to the pre-fabricated housing which were built in the 1960s and are found all over Berlin. We stumbled across a derelict example on our morning walk. 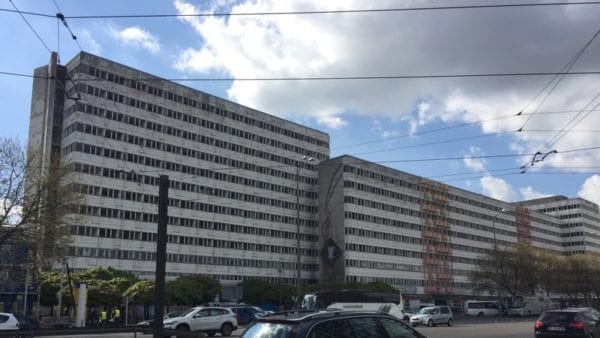 I really like the cup motif on the side.

The next 1960's building we passed was  Haus des Reisens which was built for the GDR Interflug travel agency. 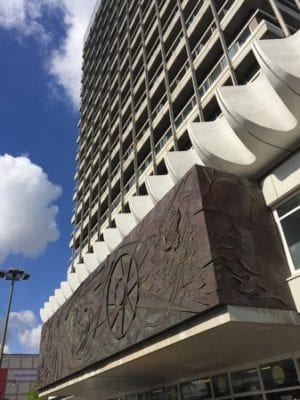 We were soon at Alex, seeing the TV Tower and Park Inn by Radisson Berlin Alexanderplatz  The hotel was built and operated by Interhotel who were the hotel chain for the GDR. 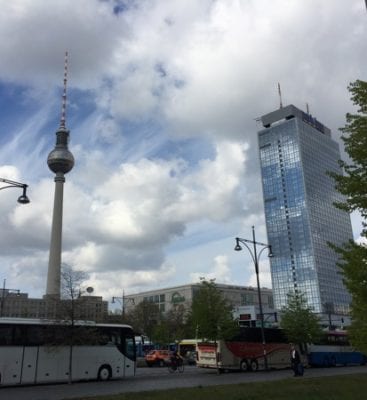 Our breakfast spot is Father Carpenter Coffee Brewers and is located in a beautiful courtyard, so no 60's architecture here! 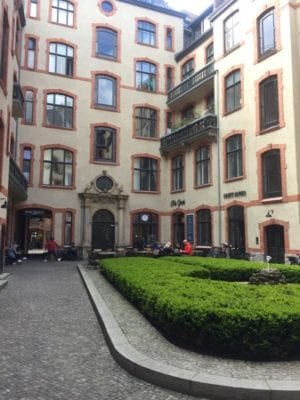 Brunch was a skillet of baked eggs, chorizo and tomato with sourdough toast on the side. 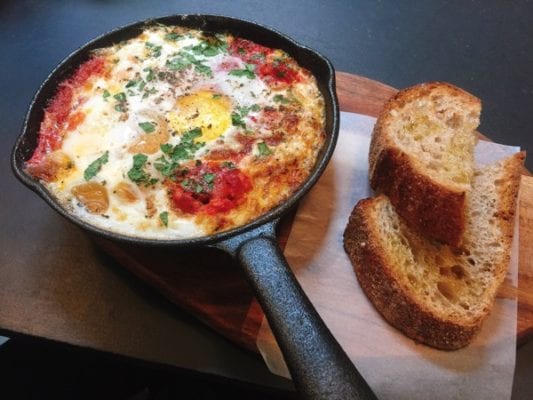 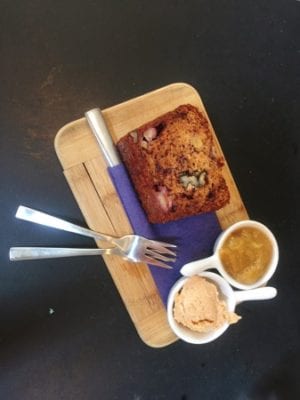 Properly filled up, it was time to explore. We headed off to the German Russian Museum in Karlshorst. This museum shows history from the Soviet perspective.  The building is famous as this is the site where the unconditional surrender of the German Army was signed. 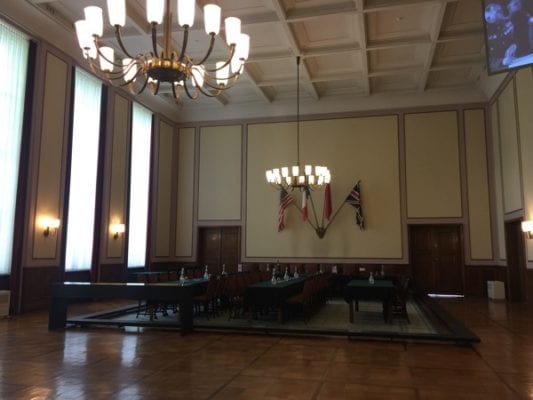 The actual room where the German surrender was signed is above. 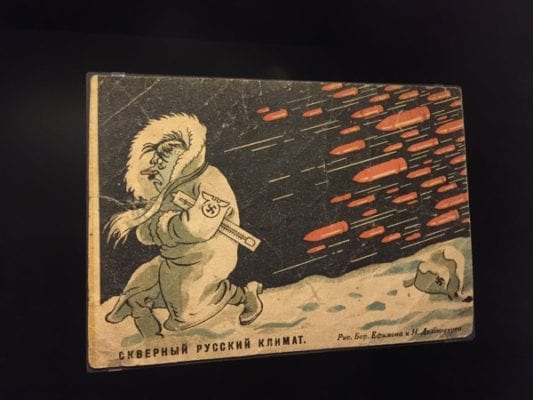 The museum has an excellent exhibition and is well worth visiting. Entrance is free and photography (without flash) is allowed.

We hadn't had our fill of history yet and within travelling distance was the ex-Stasi Prison at Gedenkstätte Berlin-Hohenschönhausen. 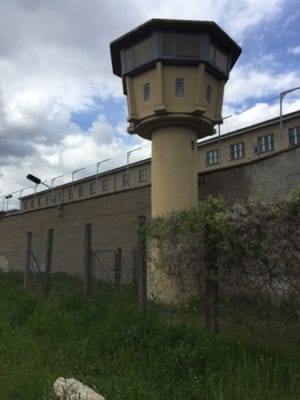 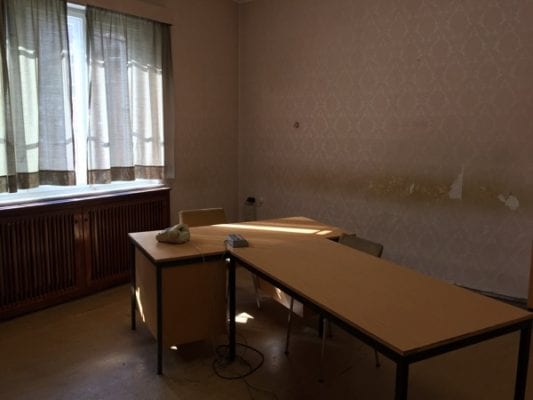 Entrance is €6, check their website for times/dates of English tours. Ours started at 2:30pm and was supposed to last 90 minutes but didn't finish until nearly 5pm due to all the questions being asked!  Again, this is well worth visiting if you have an interest in history but be prepared for a lot of standing as there are few points to rest along with the way.

Returning to the city centre, just five minutes away from Alexanderplatz is Nicolaiviertel, the reconstructed 12th century quarter of Berlin. 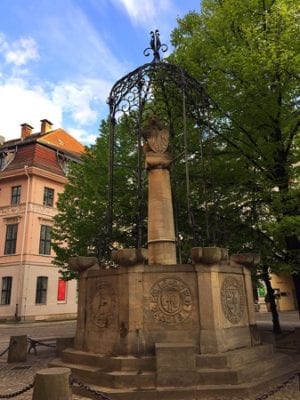 By this point of the day, the tourists were heading home so it was quiet and peaceful.  For dinner we retired to Am Nußbaum, the hazelnut-bar, which could've been Berlin's oldest pub, had it not been destroyed and reconstructed after the WWII. 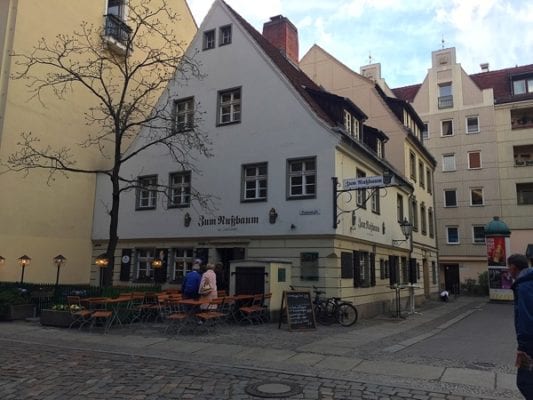 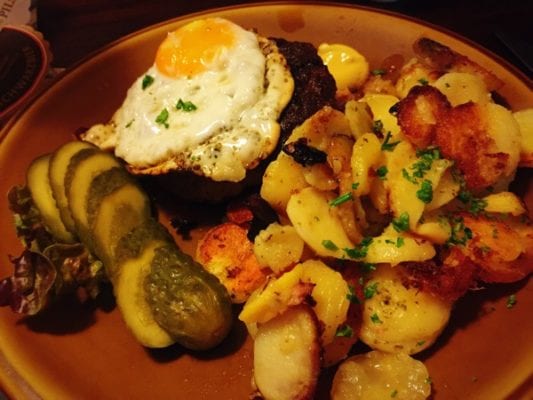 On the walk back home we had a quick look at the U5 underground extension construction work hoardings....according to two books we read the new underground station would ready in 2013 or 2016! (So it's not just the U.K. where infrastructure projects fall behind schedule!) 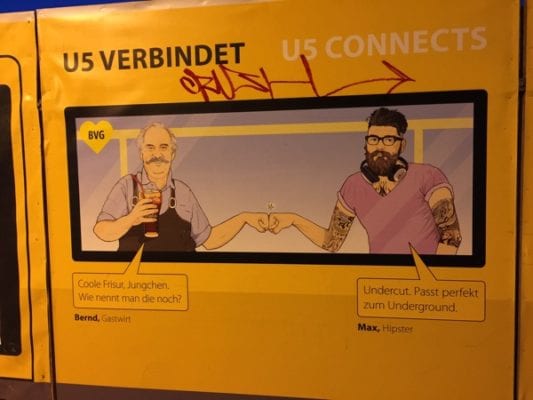