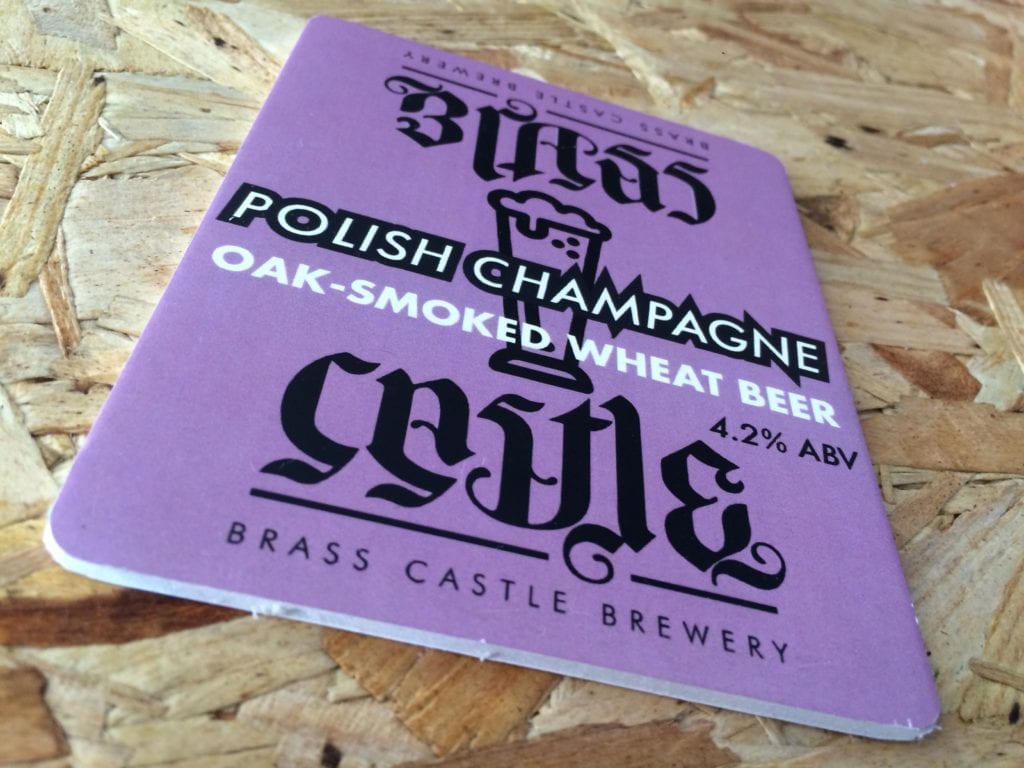 Right- I'm not even sure where to start with this beer?! It's as unusual as they come-- in the very best of way, of course.

The very first time I came across the style was during a quick city break to Warsaw. The trip was supposed to be a present for the other half, but it quickly turned into a beer trip for myself-- but hey, that's just how these things go sometimes. I classify it as necessary "market research".

Any ways, let's get back on track.

So, I have this really weird, borderline obsessive, newly found love for sour beers. It's weird , not because the style is funky, but because I actually hated them at first.

So while on holiday, I went on a rampage of sourcing out as many sour beers as possible! First bar we went to was called "Same Krafty"  Same Krafty - MultitapAnd this is how the story goes:

Asked the bartender for a sour.

It was nice and tart.

And then, bam! What the hell was that?! It was smokey!! Shocked was an understatement!

But then, I had another sip.... And, ahhhhh. It was actually pretty freaking awesome!

There are a lot of sours out there right now that are just way too one dimensional- it's like drinking a pint of battery acid, and I ain't down with that.

But this was something pretty special. And it was damn well balanced.

There was just enough tartness in the brew to let you know it was there, but not so much that your lips puckered up as if you were going to give someone a big ol' smooch.

And the same thing goes for the smokiness.

I was quickly fascinated by the beer, and asked the dude behind the bar to tell me more about it.

Turns out I was drinking a style called lichtenhainer-- which meant absolutely nothing to me.

I've been reading a bit about this style, and it turns out that not much is really known about it. It's a style that has been lost over the years, and most breweries have their own interpretation of what it should taste like, or how it should be brewed.

I guess for general explication purposes, it's a German style beer that is a cross between a Rauchbeir (Smokey beer), and a Berliner Weiss (sour beer), but again, being really well balanced between the two. Also, it's usually brewed with wheat which gives it a distinctive cloudy characteristic.

So that being said, I've never actually seen a lichtenhainer style of beer in Glasgow, or anywhere else in the UK- well, until last week that is.

The beer style popped up on one of our beer lists, and I knew right away that it was something that we'd get in stock!

The beer is by Brass Castle Brewery, and is called Polish Champagne. I have no idea what it's going to taste like, but I'm totally stoked to see what their interpretation of the style is going to be like.

Stay tuned to our social media to see when it goes on tap!

Here's a good guide to the lichtenhainer style of beer.

Also, if you find the pronunciation hard to pronounce, well you're not alone. Here's a light hearted short video on the German language