Whilst searching for a pub (no surprise there from Mr Foodie) we stumbled across a remnant of the German Democratic Republic.  A huge and seriously Soviet-style monument.  We knew nothing about Ernst Thälmann so a quick search gave us some history.  Whether you know of him or not the monument is impressive and worthy of a look if in the area. 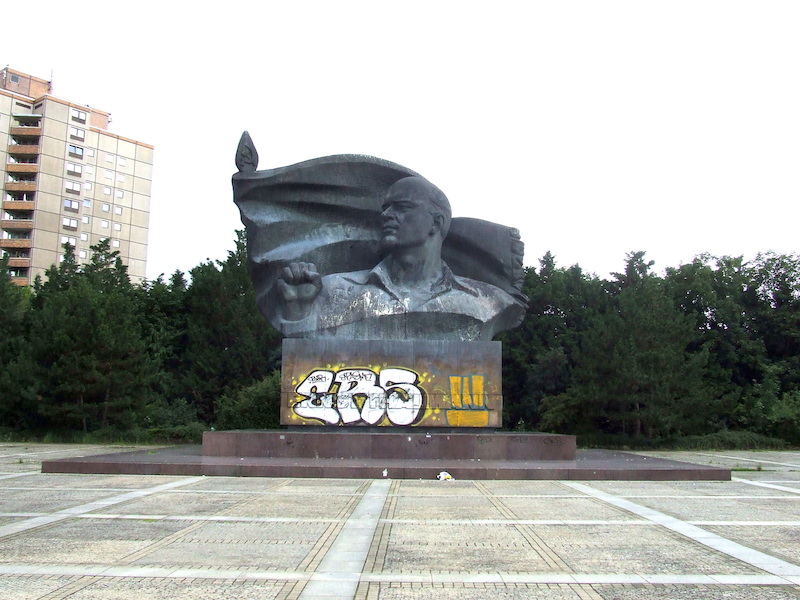 The 14 m high (46 ft) bust was unveiled in 1986 to commemorate the centenary of the birth of Ernst Thälmann.  He was the leader of Germany's Communist Party during the Weimar Republic. 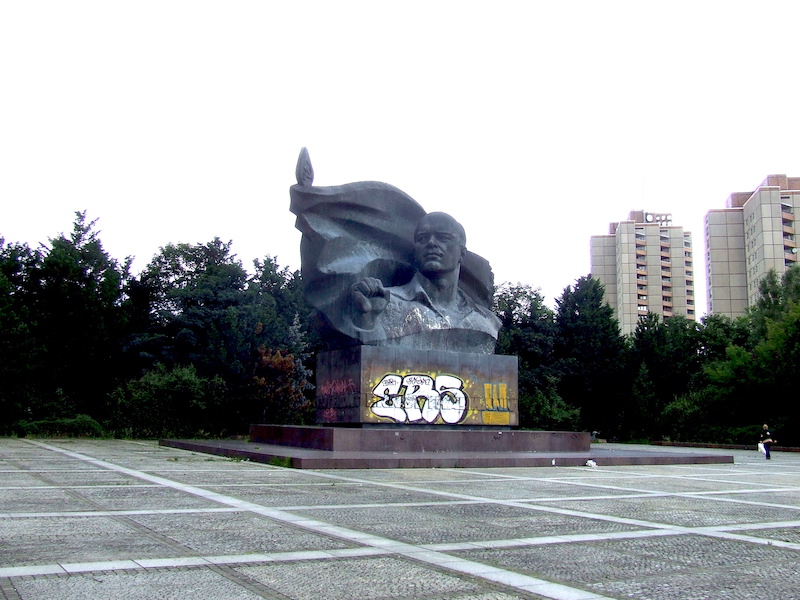 Thälmann was arrested in 1933 and spent eleven years in prison, in solitary confinement. In August 1944, he was transferred from Bautzen prison to Buchenwald concentration camp.  It was at Buchenwald (near Weimar) where Thälmann where he was shot.  The Nazis claimed that he had died during an Allied bombing raid.

The monument stands amidst the high rise blocks and the nearby planetarium.

We found our pub afterwards, Willy Bresch, which had a good schnapps selection.