Everything you need to know about the home of penicillin

If you have time and you are near to Paddington Railway Station, or Edgeware Road, then a visit to the home of penicillin, the Alexander Fleming Laboratory is an educational diversion.

St Mary's Hospital is where Alexander Fleming discovered the antibiotic penicillin in 1928.  Not only did his discovery lead the way to save many lives but it also earned him a Nobel Prize.

Born in 1881, Sir Alexander Fleming was a Scottish biologist, physician, microbiologist, and pharmacologist. He is known for discovering the enzyme lysozyme in 1923 and the world's first antibiotic substance benzylpenicillin (Penicillin G) from the mould Penicillium notatum in 1928.  He shared the Nobel Prize in Physiology or Medicine in 1945 with Howard Florey and Ernst Boris Chain. (Florey and Chain developed the drug from the lab into production).

Sir Alexander Fleming had been investigating the properties of staphylococci. He left his cultures of staphylococci on a bench and went on holiday. When he returned, he noticed that one culture was contaminated with a fungus.  The colonies of staphylococci immediately surrounding the fungus had been destroyed, whereas other staphylococci colonies farther away were normal.  He grew the mould in a pure culture and found that it produced a substance that killed a number of disease-causing bacteria. He identified the mould as being from the genus Penicillium.

Look for the St Mary’s Hospital archway, 135a Praed Street. 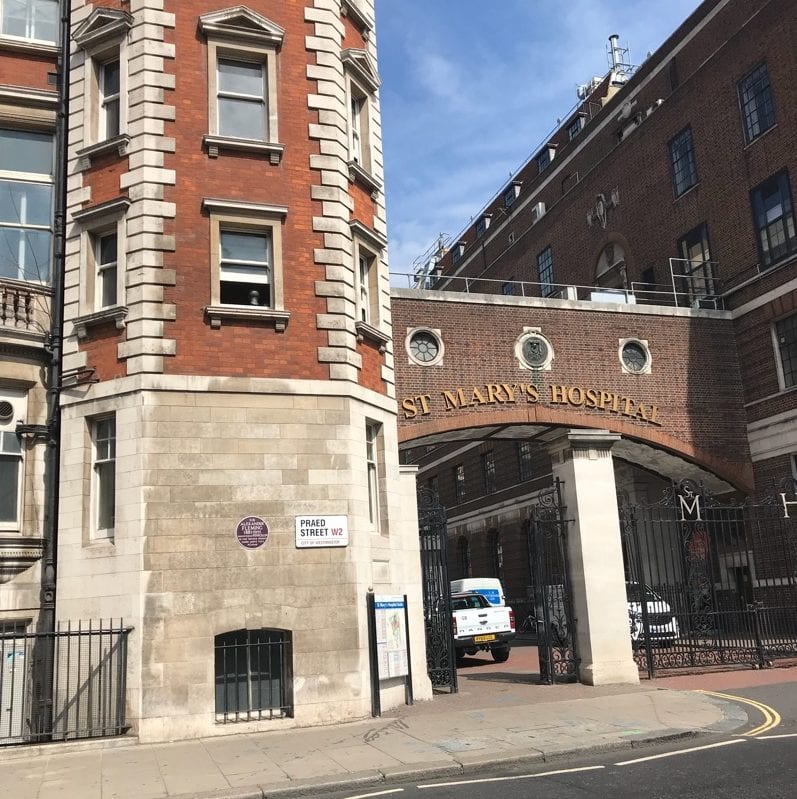 Look out for the blue plaque on the wall. 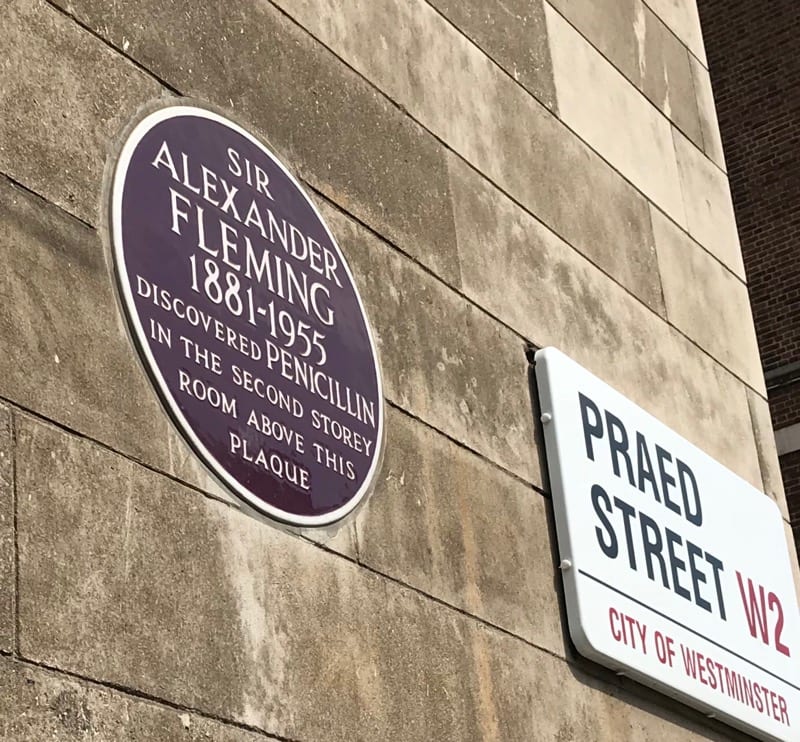 Once you have found the entrance, press the buzzer for entry. 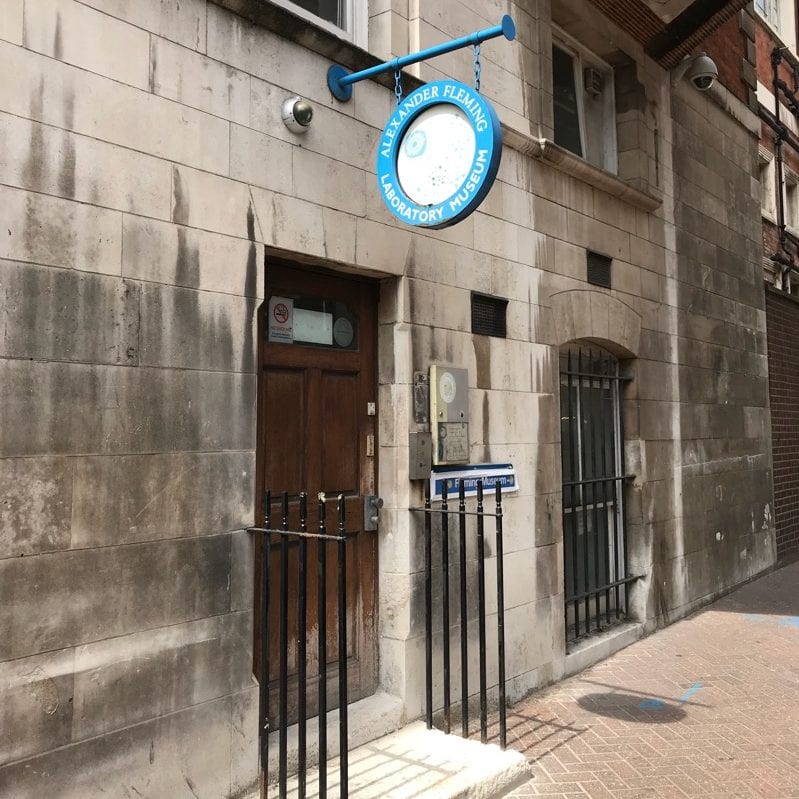 It really is like stepping back in time - back to 1928 when Fleming walked up these steps to his lab.  This is a reconstruction of the lab, with some original items from Fleming's laboratory. 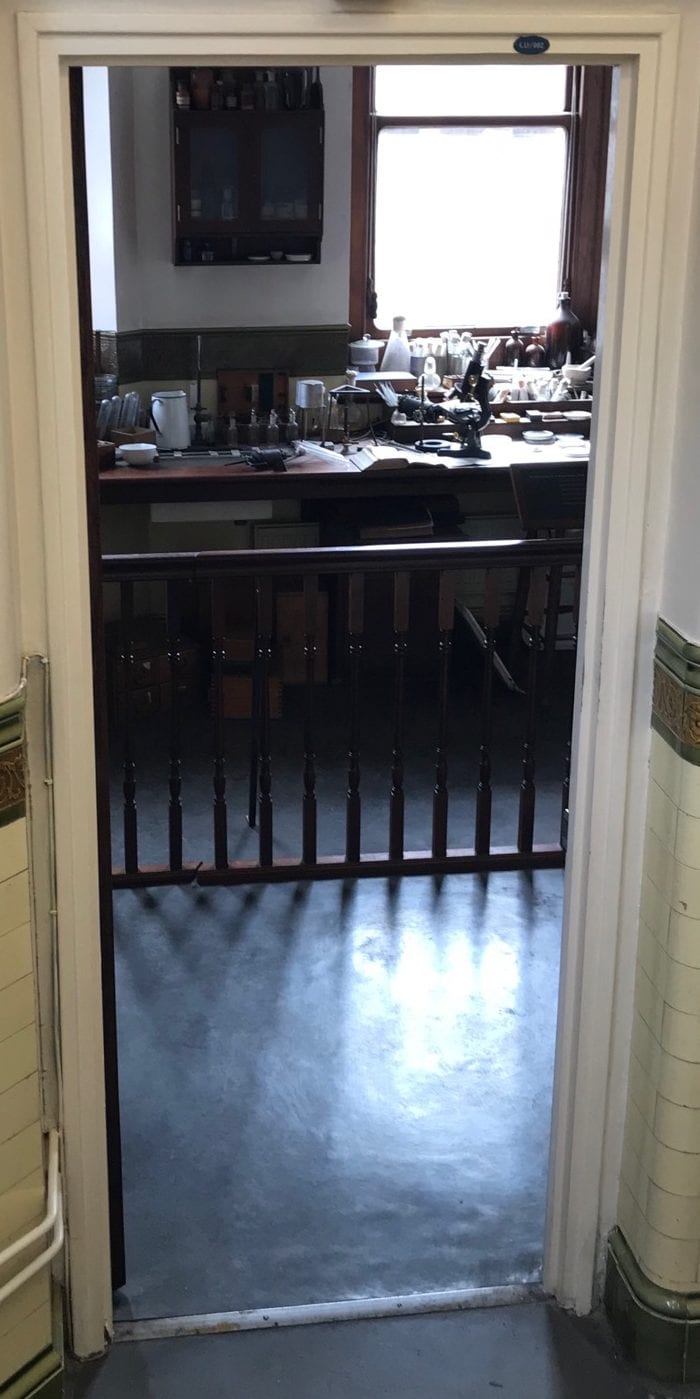 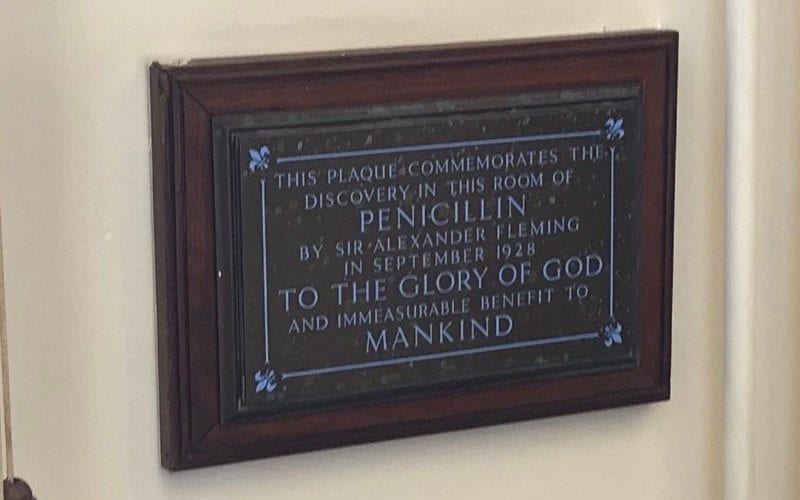 As well as the lab itself, there is a short film to watch and an exhibition with information to read.  It's not ideal for kids though as it’s a very traditional exhibition so there are no hands-on, interactive bleeping things here. 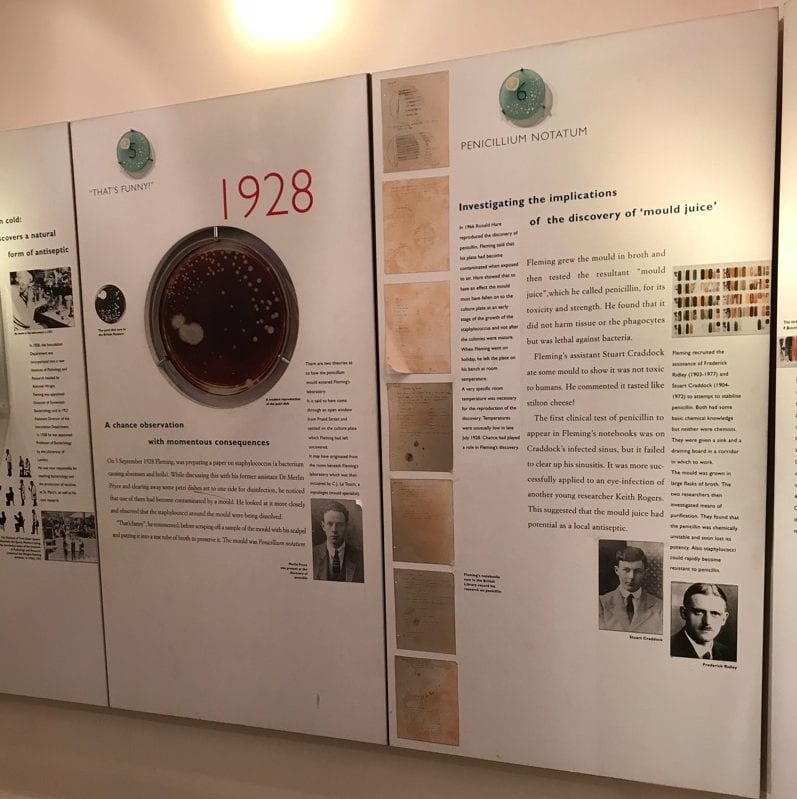 Closed public holidays and between Christmas and New Year. 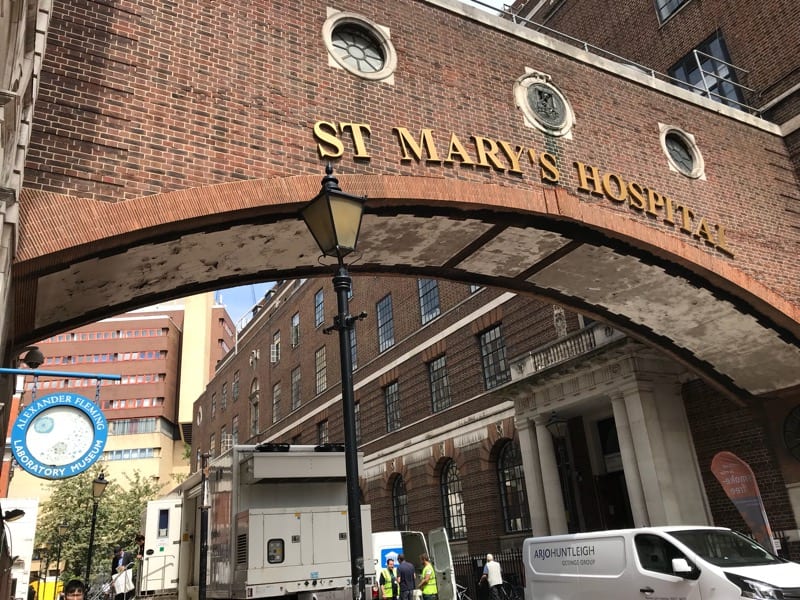