Famous cocktail made with Mermaid Gin

French 75 is a historical cocktail made with gin topped with champagne and a little sugar syrup and lemon juice. As champagne is used it is typically served in a champagne flute but you may also find it in a coupe glass.

When was the French 75 created?

It potentially dates back to 1915, certainly at some point during World War 1 but was refined in the 1920s. Take a look at entry 228 on page 65 of the 1923 edition of 'Harry's ABC of Mixing Cocktails' for a slightly different "75" cocktail recipe, this one uses Calvados in place of Champgane and grenadine plus 2 drops of absinthe!

Well, actually, you may also find it named Soixante Quinze (French for 'Seventy Five') or it could be referred to as simply a '75' or '75 cocktail'. Those who first sampled the drink felt that it delivered a potent kick, just like being hit with a shell from a 75mm Howitzer gun. This was a sort-of canon on wheels used by both the French and the Americans during World War 1. Plus it also uses Champagne, which is of course, from France.

Where was the French 75 created?

Despite the name, the original recipe may have been dreamt up by a Scotsman at the New York Bar...well, Harry's New York Bar in Paris.

Who is credited with inventing the French 75?

Harry MacElhone, from Dundee in Scotland was the famous bar man at Harry's New York Bar in Paris. Many consider him to be the creator. He has also been credited with inventing the Bloody Mary and the Sidecar among others. 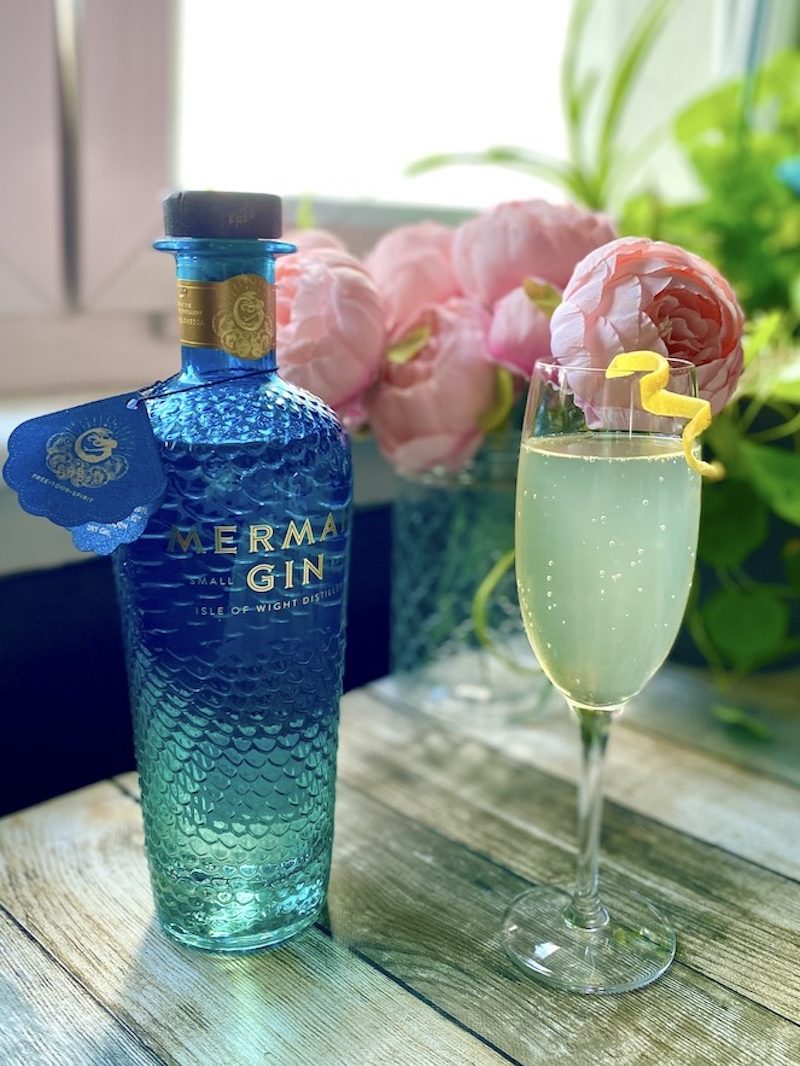 How to make a Mermaid French 75

Shake over ice, strain and top with Champagne or fizz of your choice.

Garnish with a twist of lemon.

You can also subscribe to Foodie Explorers to keep up to date with all new recipes.

« Chocolate for Christmas from Pump Street Chocolate
Recipe : Christmas Dinner on a Stick »