The German-Russian Museum Berlin-Karlshorst is a museum dedicated to German-Soviet relations with a focus on the German-Soviet war 1941-1945.  This is where the unconditional surrender of the German armed forces on 8th May 1945 was ratified.  The surrender document signed the day before in Rheims was ratified here at Karlshorst which meant that World War II finally came to an end in Europe. 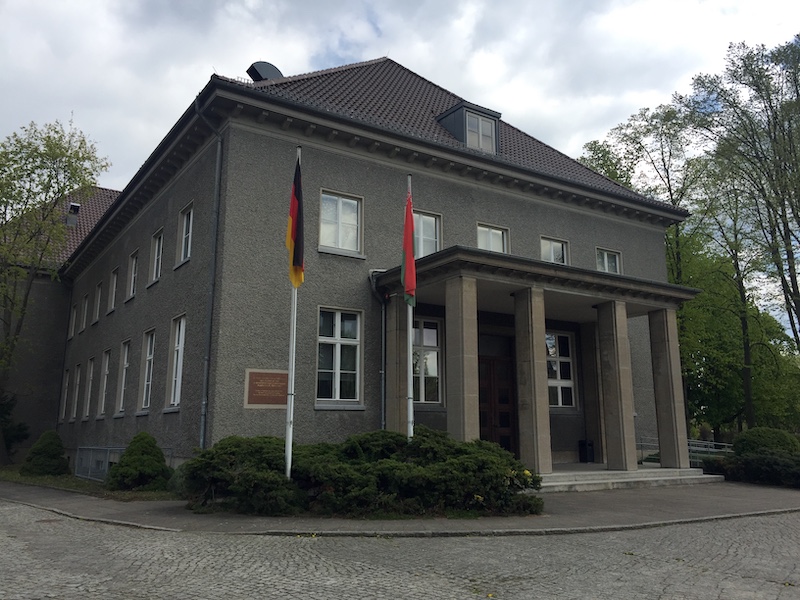 Originally the officers' mess of the Wehrmacht pioneer school and then the headquarters of the Soviet Military Administration in Germany.  In 1949, the Soviets handed over administrative authority to the first government of the German Democratic Republic (GDR).  Then from 1967 to 1994, the building contained a branch of the “Central Museum of Armed Forces Moscow” featuring the unconditional surrender of Nazi Germany in the Great Patriotic War (this is what Russia refers to World War 2 as). 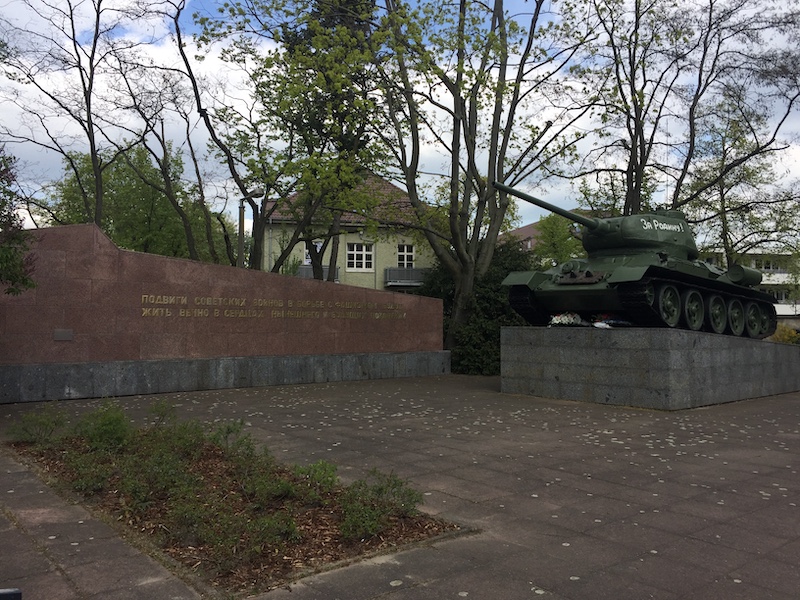 After the withdrawal of armed forces from Germany, the German-Russian Museum Berlin-Karlshorst opened to the public in May 1995 with a permanent exhibition.

What to see inside the museum

The exhibition covers the history of German-Soviet relations from 1917 to 1990, specific focus is on the German-Soviet War from 1941-1945. 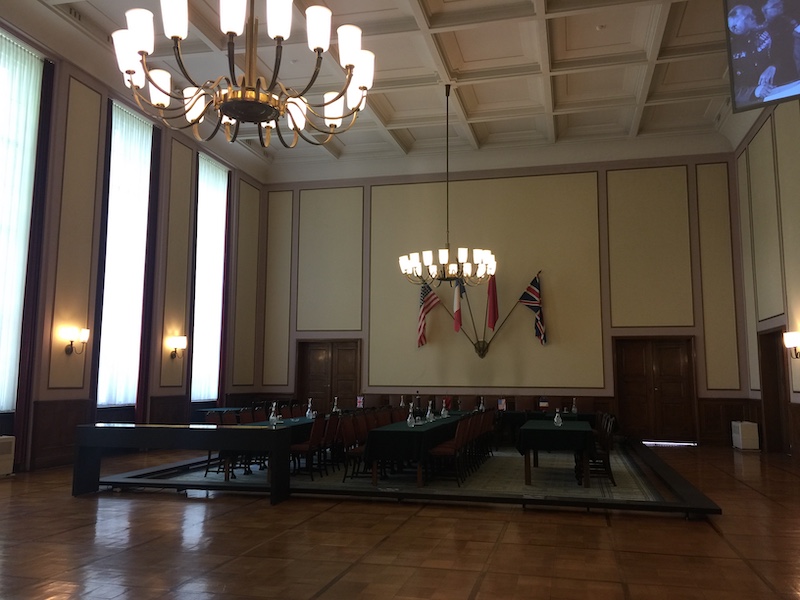 The heart of the museum is the surrender room, which is in its original state and where a film continuously shows the signing of the Act of Surrender in 1945. 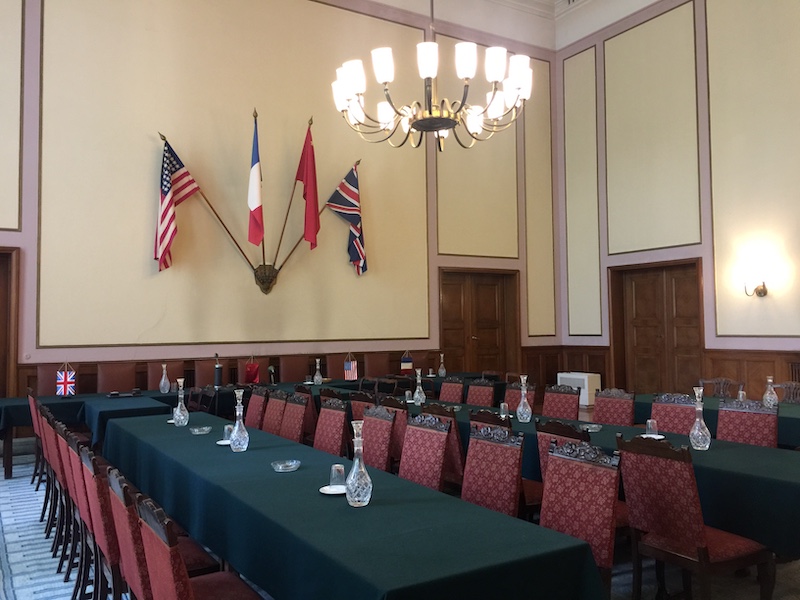 The Russian copy of the Act of Surrender. 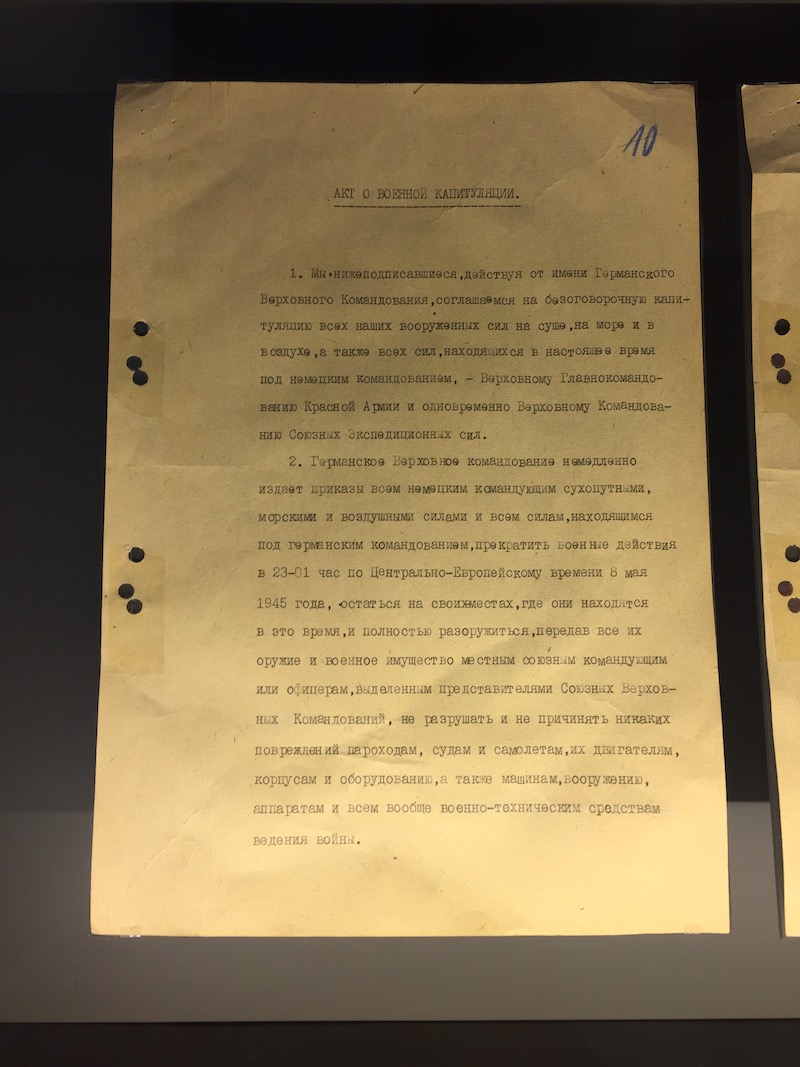 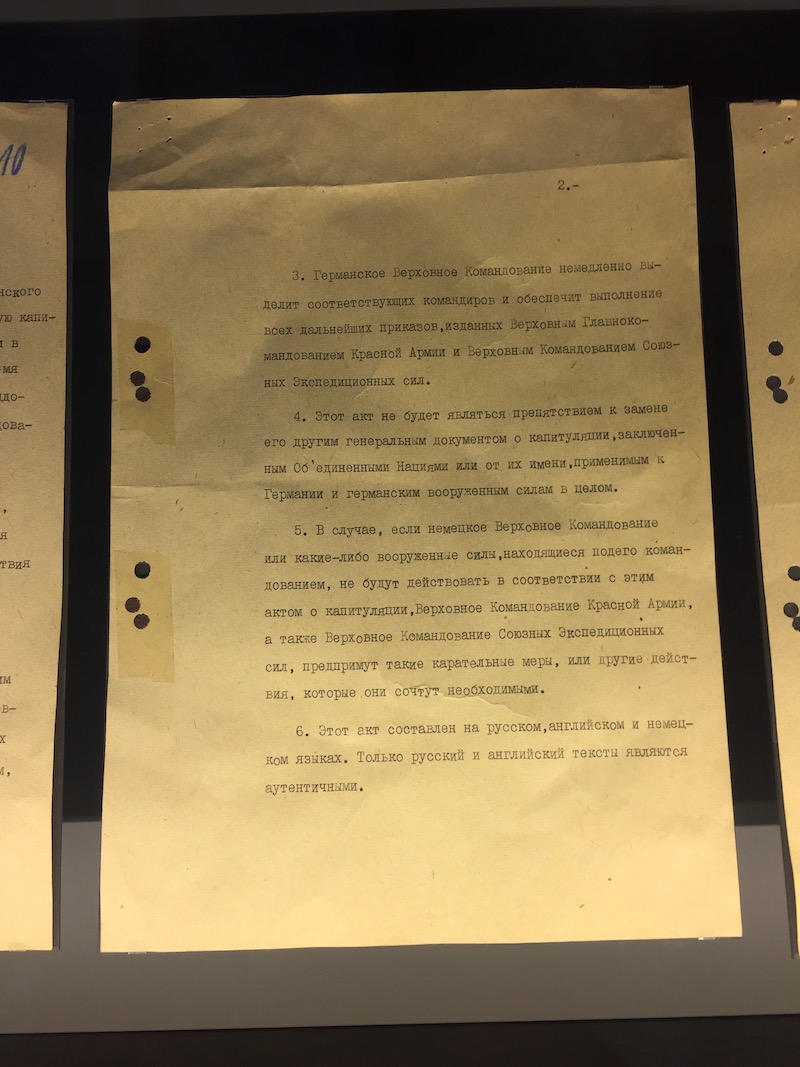 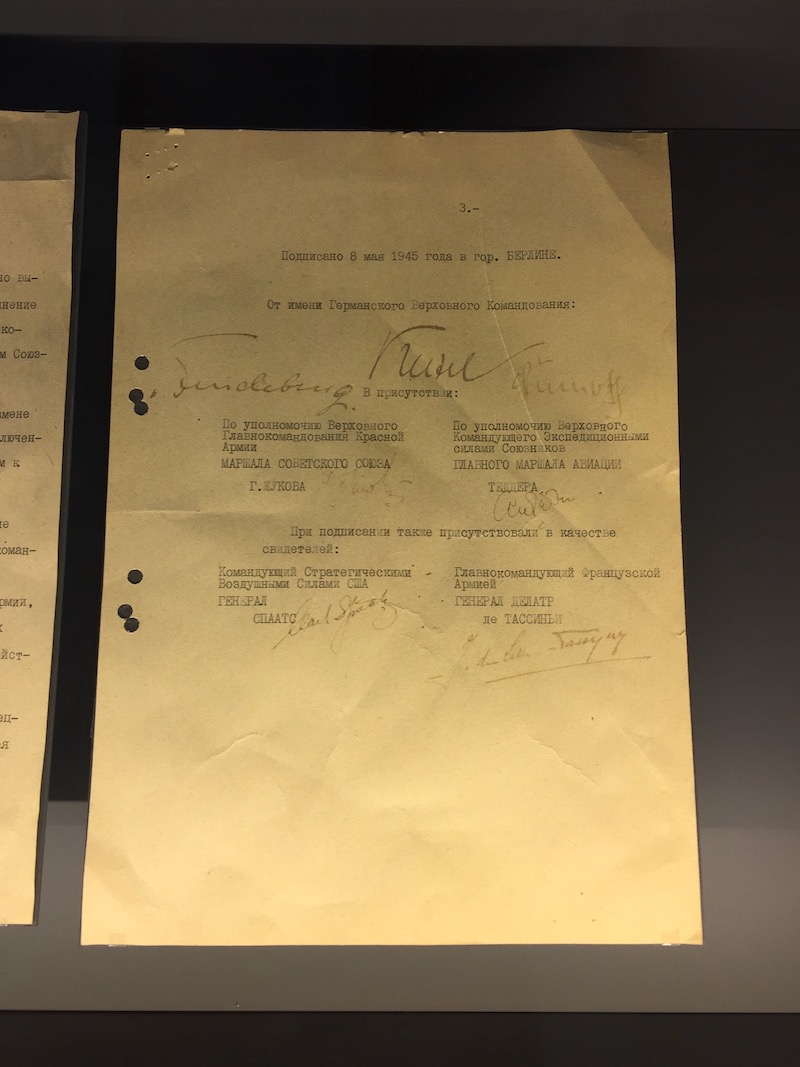 You really can't get more historic than actually visiting somewhere where a historic piece of paperwork was signed. 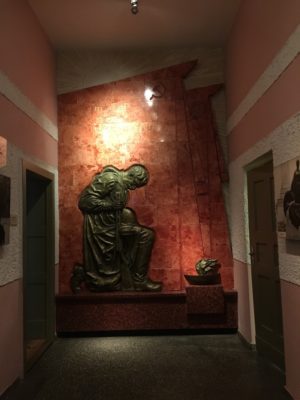 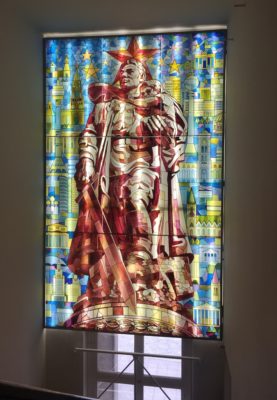 Free entry to all

We got the bus there which was straightforward as the buses in Berlin have the stops announced and on a sign so they are easy to follow. 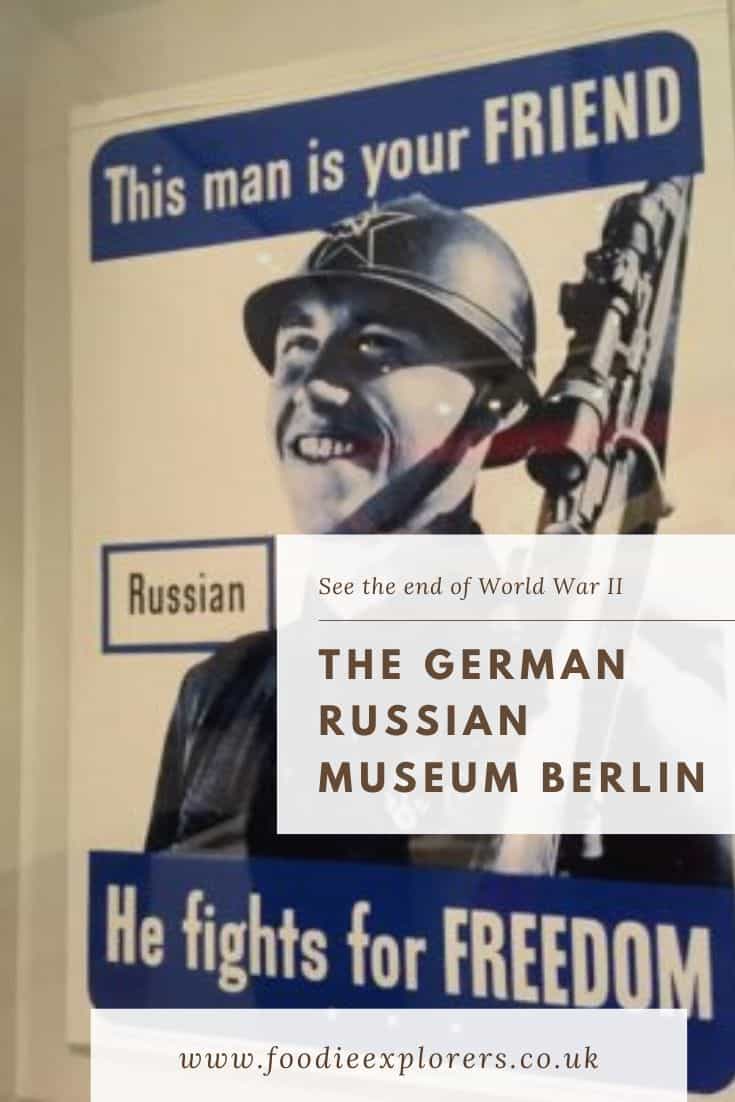 11 sites to see remains of the Berlin Wall 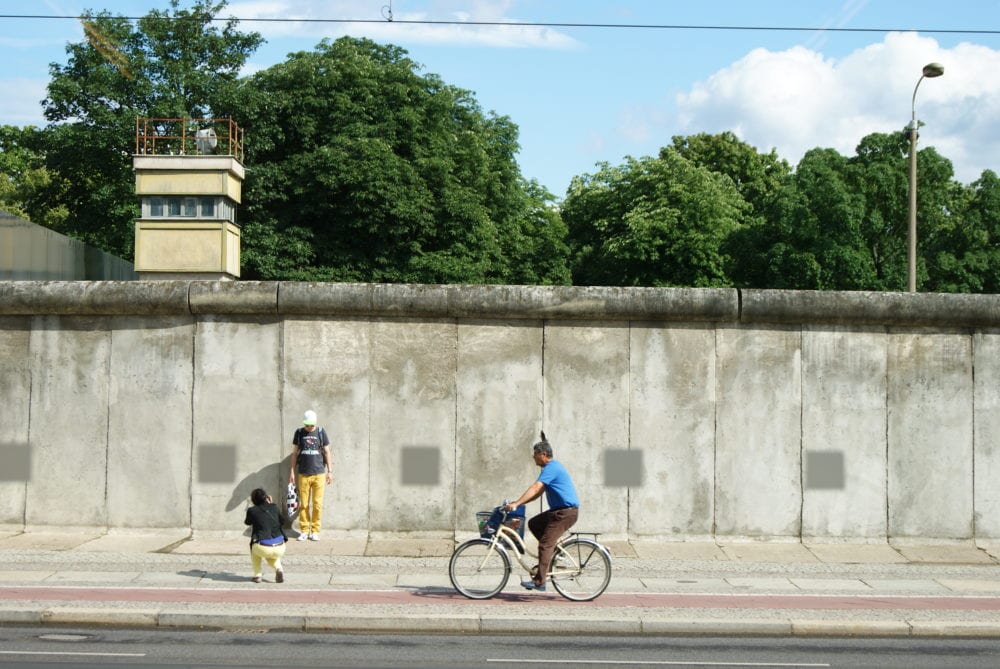 « Eat dinner in your own greenhouse
Cadbury chocolate bars through the letterbox! »