Pottering about in Delft

Now visiting a pottery isn’t the most rock ‘n’ roll thing to do on holiday. However, we were visiting The Hague and it had Mr Foodies favourite word – FREE – attached to it! So off we headed to Delft!

I hadn’t thought of visiting Delft before, mind you The Hague wasn’t on my must visit list either!   Getting to Delft from The Hague is easy. It’s a 30 min trip on the tram and then a 5 min walk from the tram stop.   You’ll see a sign for the Pauw pottery across the road beside the Mondriaan school. 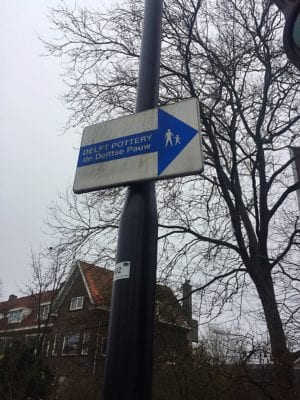 Come off the main road and walk alongside the school, following the road around to the right.  You’ll be walking through a residential area but don’t panic – you’re going the right way. 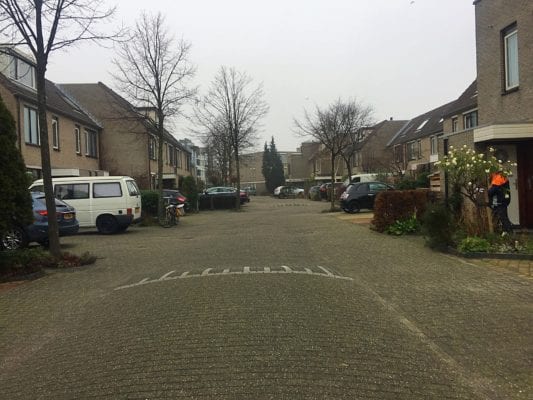 Turn left at the end to get canal-side then left again and walk for a minute. Soon you’ll see the pottery. 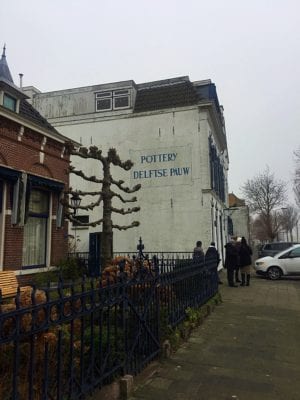 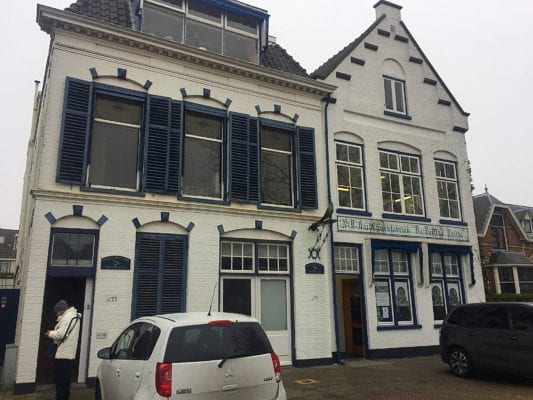 The meeting area for guided tours is the right hand door. Here we met a lovely lady who welcomed us with a warming cup of coffee.  The tours are free however there are chocolate clogs for sale (€2.50) with the incentive that buying these help keep the tours free . Chocolate and souvenir sorted in one!

Up until the late 16th century ceramics were only available to the rich. But then porcelain from China became popular so the local potters decided to imitate the porcelain and created “Delftware”.

Our guide explained the Delft pottery process starting with the point that Dutch clay is not used as it doesn’t turn white when fired. Clay from Germany and England is used instead. 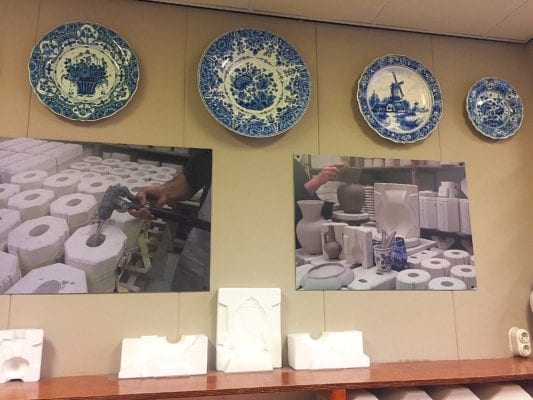 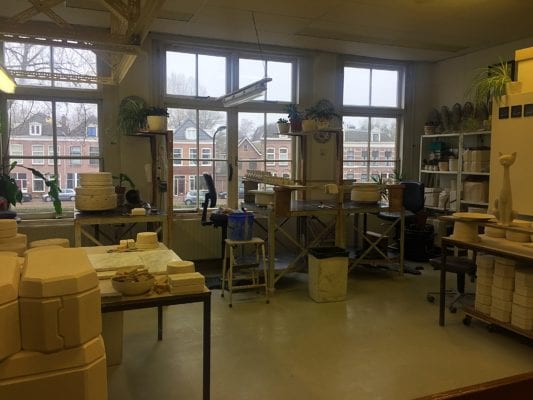 The clay is mixed with water then poured into moulds. The moulds are made out of plaster of Paris which absorbs the water out of the clay. 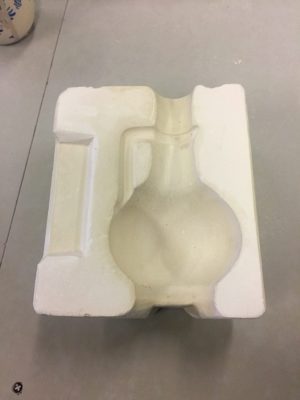 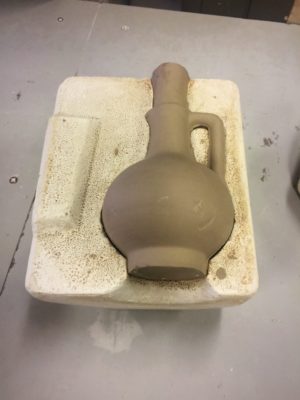 The items are removed from the mound, the edges are trimmed with a knife and then smoothed (with a wet sponge).  After this the items are dried for three days before they are put into an electric heated kiln. 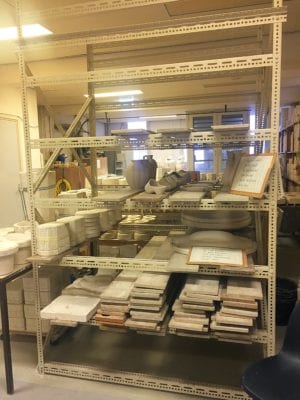 The firing takes 8 hours with the temperature reaching 1040 degrees Centigrade! The cooling then takes 24 hours. During the firing, the clay changes into stone which is called biscuit. Mmm. 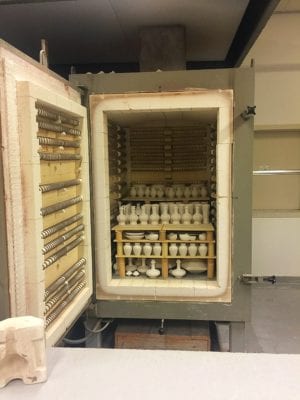 We then moved upstairs to where the painting is carried out. Each piece is hand-painted with the design painted directly onto “the biscuit”.

Starting with a blank plate. 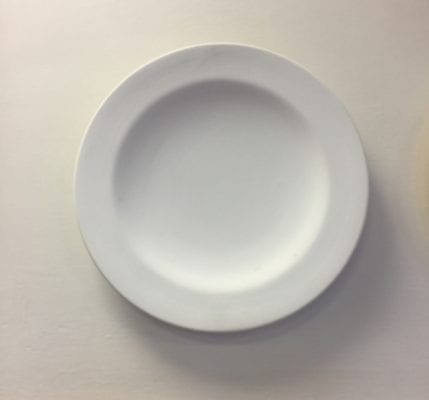 Then the design is added by use of a template. 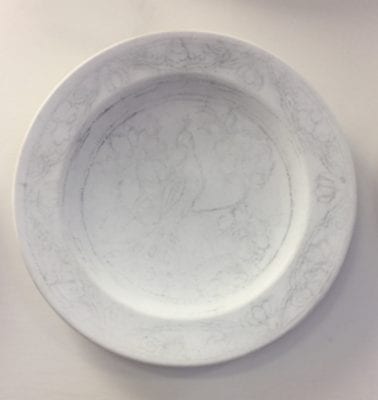 This is carried out by hand using the tools below. 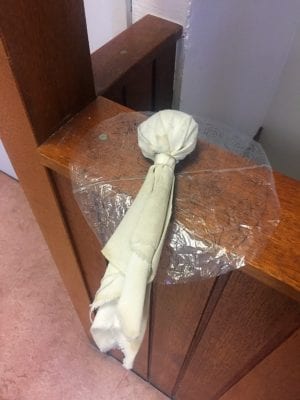 The painter then hand paints using…black paint, not blue! 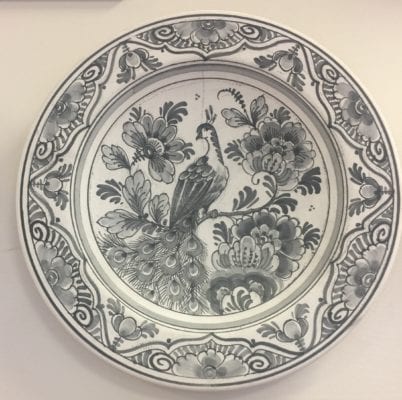 The famous Delft blue color will appear during the second firing. Below you can see a plate which has been gone through glazing and firing and now shows the Delft blue we all recognise. 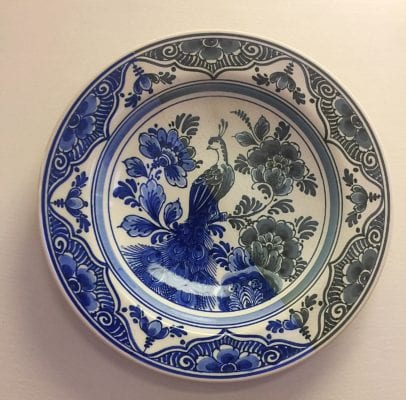 As it was holiday time (and a Saturday!) the painters were not working, however we were able to see their work stations. 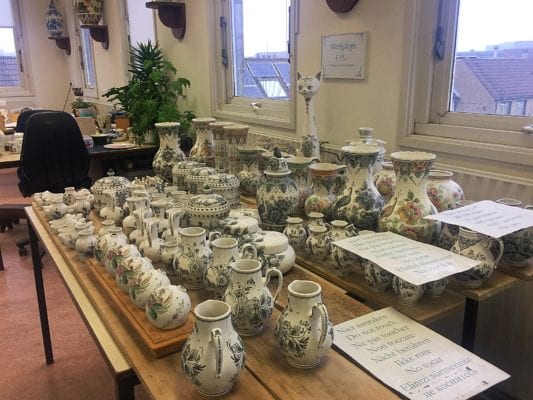 We were left to wander around the factory shop to admire (and buy!) the finished products. 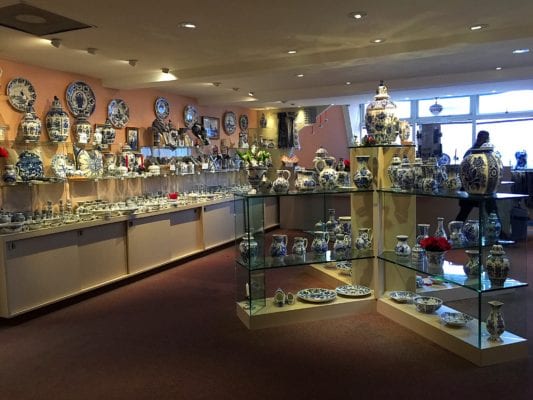 Below you will see a tulip vase which is made this way for two reasons. Firstly, the potters weren’t able to make the vase out of one piece as it would collapse while firing it. Secondly, tulips came from Turkey and were expensive, so the vase became a way of protecting and showing off your expensive purchase. 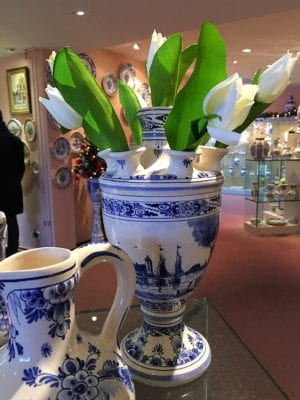 Starting the day with a “uh, it’s a pottery?” feeling, we ended up quite enjoying ourselves. Finding out about Delft pottery, seeing behind the scenes and then getting to see so many pieces of pottery (most of which we couldn’t afford – but then they are all hand-painted!).  Well worth a visit.

Travelling by public transport
Tram no. 1 or no. 19, stop “Brasserskade”