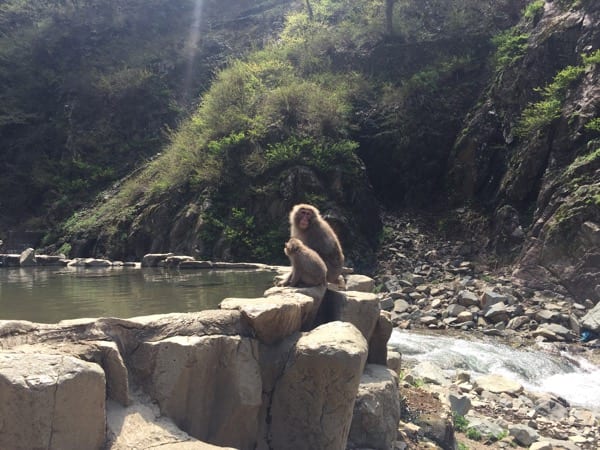 Visiting the snow monkeys of Japan

The Onsen (hot spring) towns of Yudanka and Shibu have another draw,  a park inhabited by Japanese Macaques, also known as Snow Monkeys.

Reached by train on the Nagano Electric Railway's aptly named "Snow Monkey Express,  Yudanaka is a small town with 9 public baths in addition to the natural spa facilities provided by the hotels.

Our accommodation for the night was Shimaya, a ryokan, which is a traditional style inn with tatami mats, a bed on the floor and low furniture. You can't wear shoes inside a ryokan and yukatas (a type of robe) are also provided. If you arrive early enough on the day you check in the owner will drive you to the Monkey Park and pick you up again. We arrived too late so we're taken the following morning, along with some other guests, before check out. At Yudanaka railway station you can pick up information sheets on how to make your own way to the monkey park should you stay somewhere that doesn't provide this service. Note that the walk to the Monkey Park is uphill from the station and will take over an hour both ways. There is also a bus (see below). 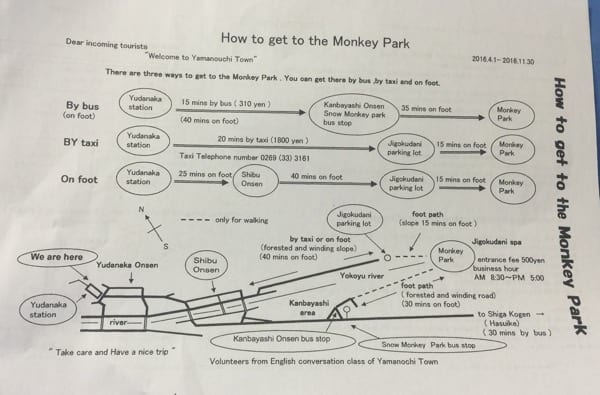 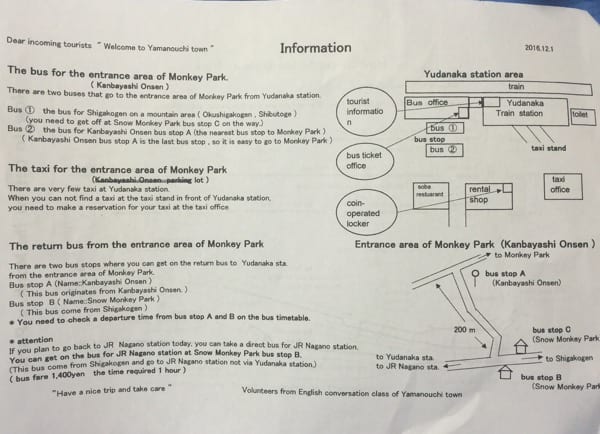 The walk from the main entrance to the ticket office is approximately 1.6km, or 30 mins walk for a healthy person.

The peaceful forest is punctuated with signs about the monkeys. 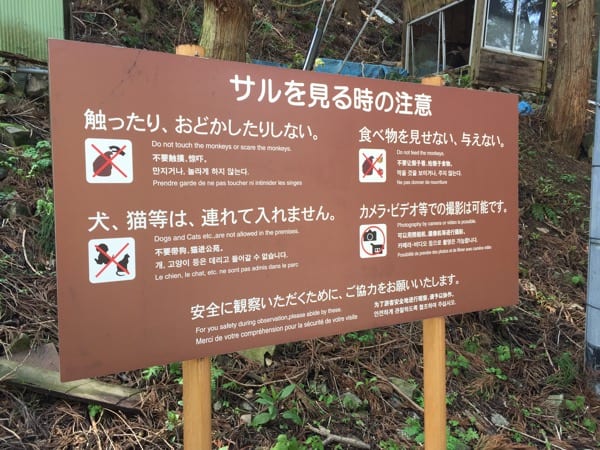 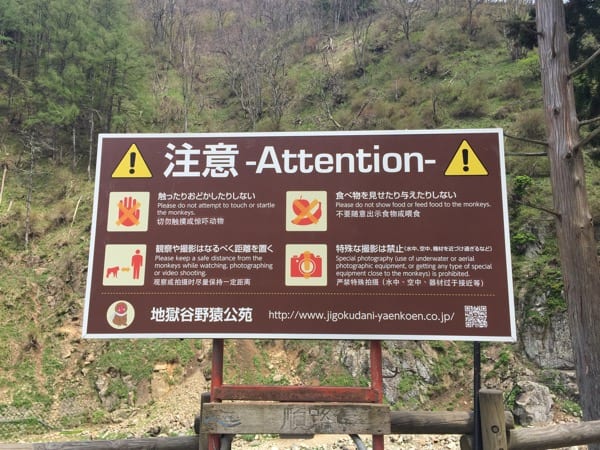 Before reaching the ticket office we were treated to our first monkeys. 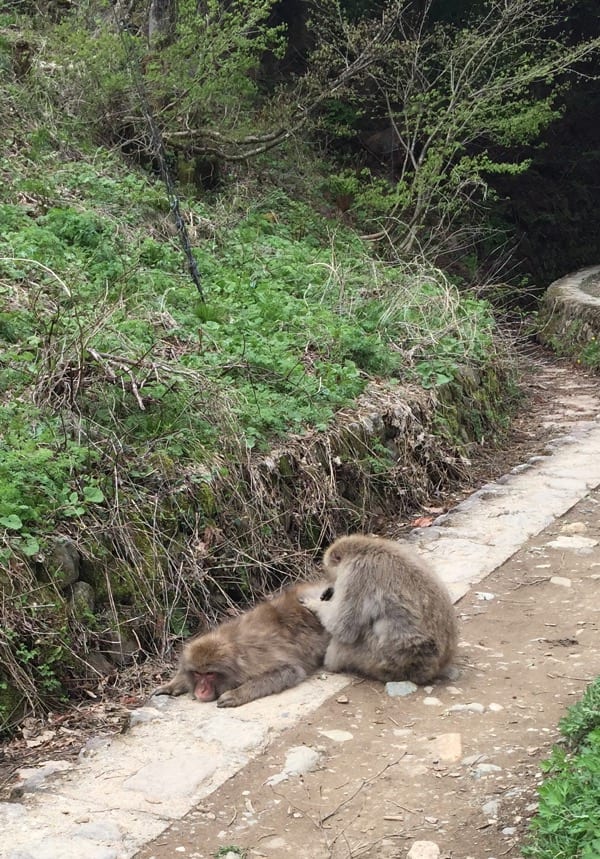 Here you can see the ticket office with a souvenir shop and toilets inside. 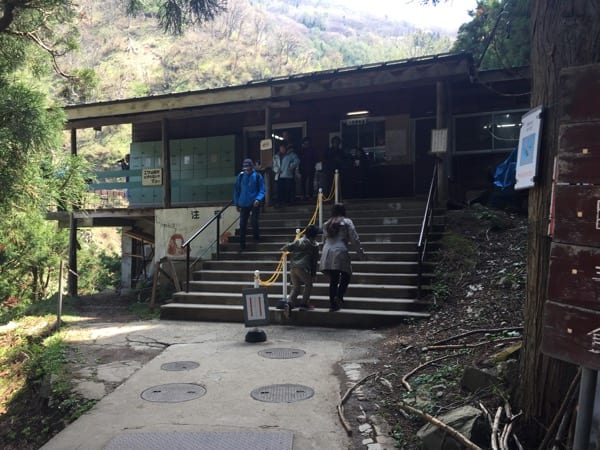 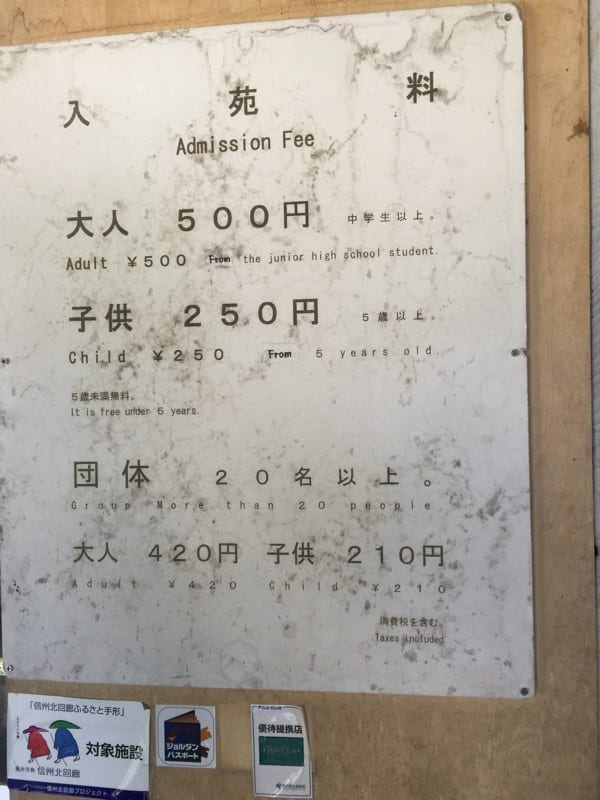 As it is sunny the monkeys were reluctant to lounge in the warm springs.  Instead catching the sun, chilling out, posing and grooming. 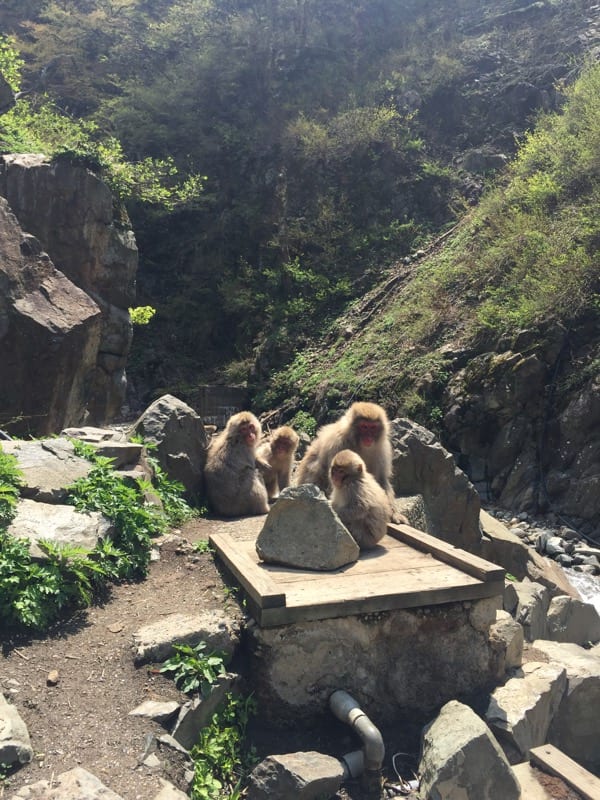 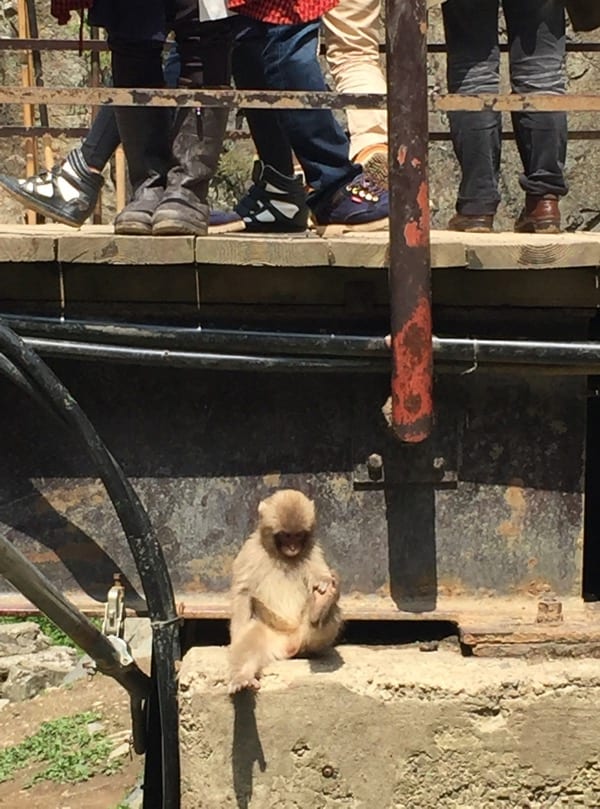 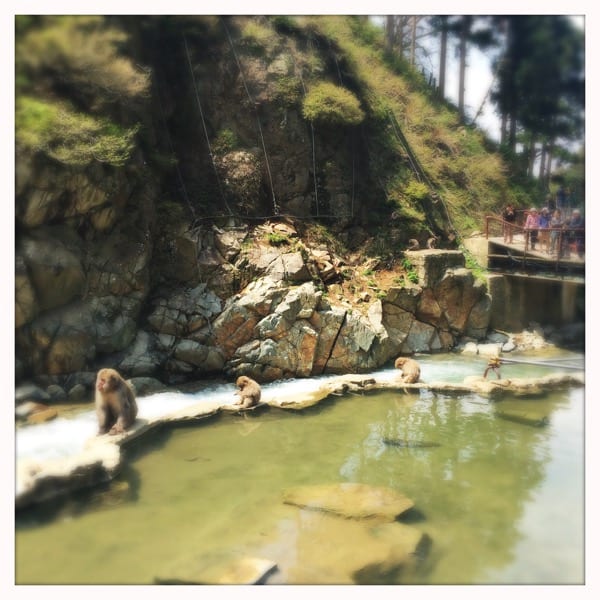 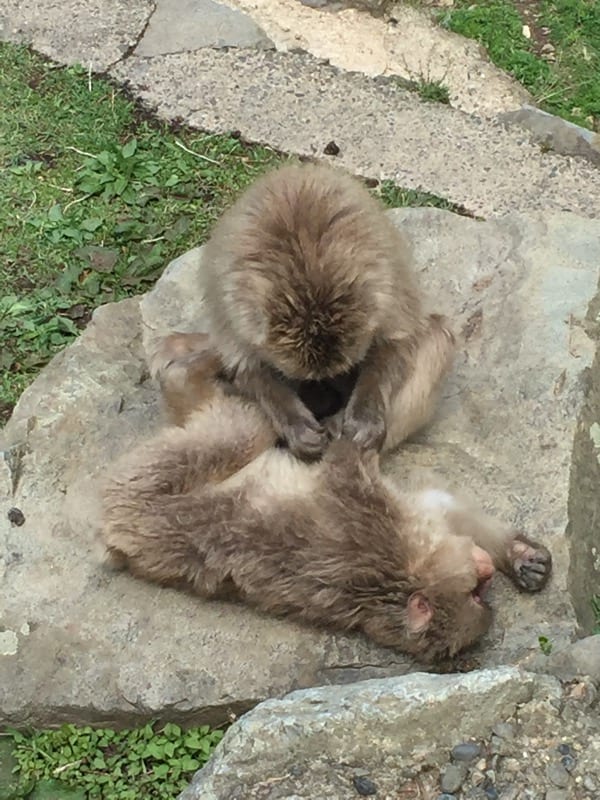 The staff threw seeds into the springs to encourage the monkeys in for some cliché photo settings. They seemed to know what was expected. 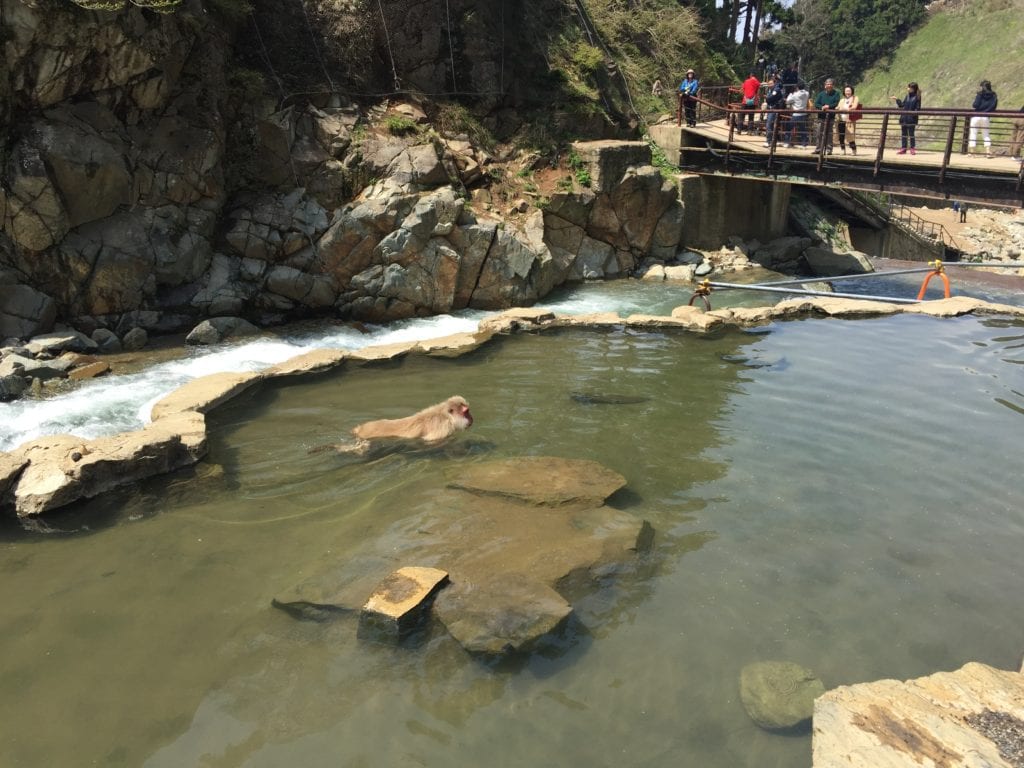 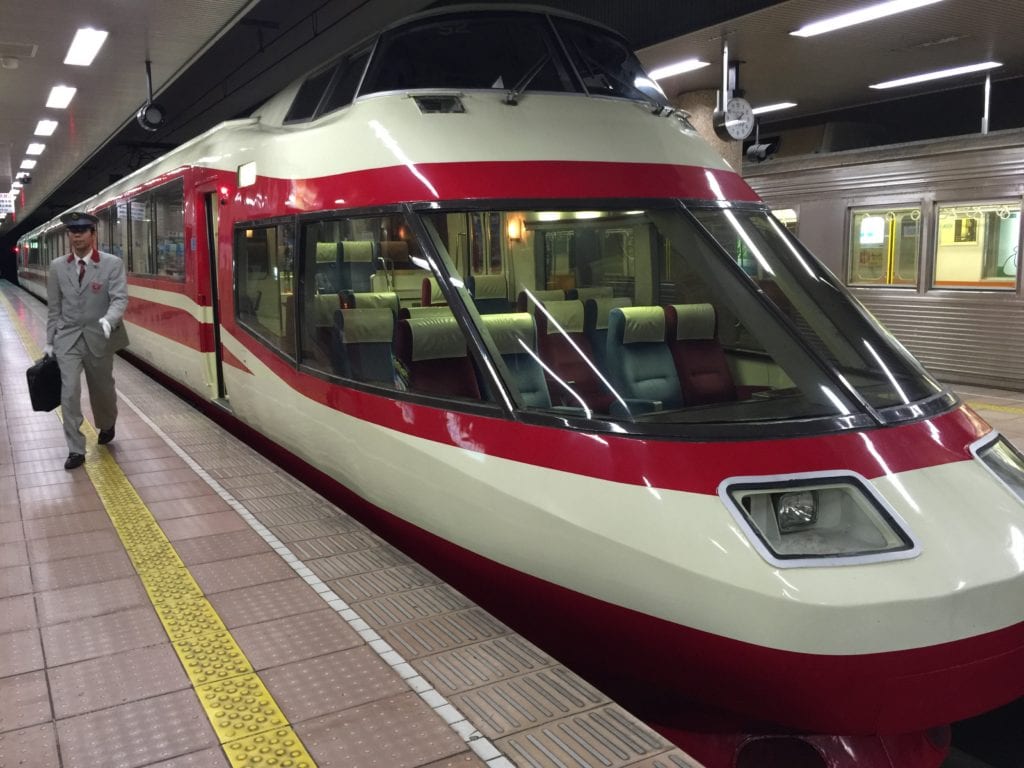 All aboard the Snow Monkey Express Train 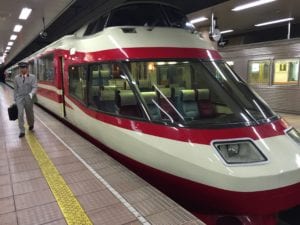 Note that you may have to take 2 trains on the Nagano railway (from Nagano, which hosted the Winter Olympics in 1998) to get there, which could take between 1 hour 11 minutes to 1 hour 51. There's an express train every hour or so taking 44 minutes and if you get this one you can sit at the front of the train as the driver controls it from a room above!