A Japanese love story with Bokksu

It’s February and cold, so I was needing a happiness booster! Bokksu got in touch to ask if we would like to try out their Japanese subscription box.  Bring in love from Japan, especially their sour soda sweets and flavoured Kits Kits! We agreed to try out a box of goodies to see what it was like. 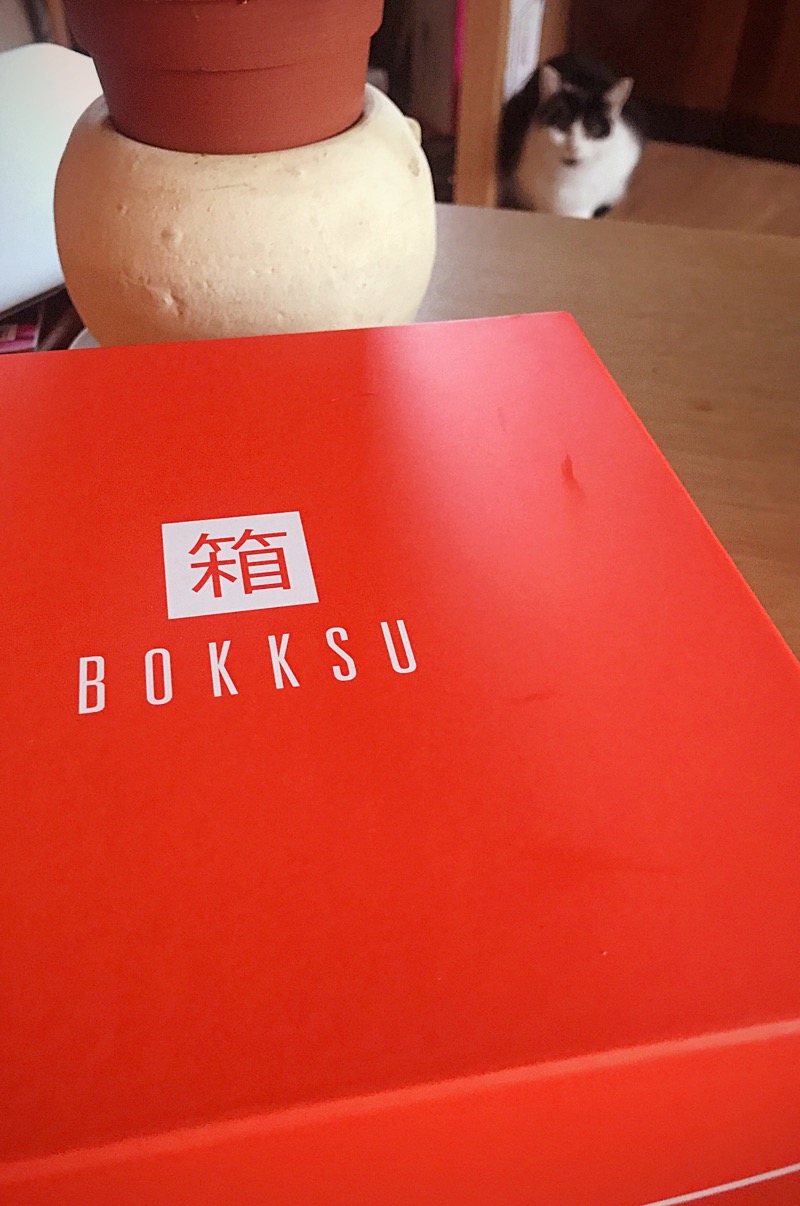 The box looks impressive and that’s before I had even opened it!  Cleo, one of our cats, was interested too (but pretended not to be!).

Each month Bokksu create a themed box of authentic Japanese snacks as well as a tea pairing.  I don’t know of any other subscription boxes that do this. Inside is a tasting guide which describes each item with the story behind it and some tasting notes. 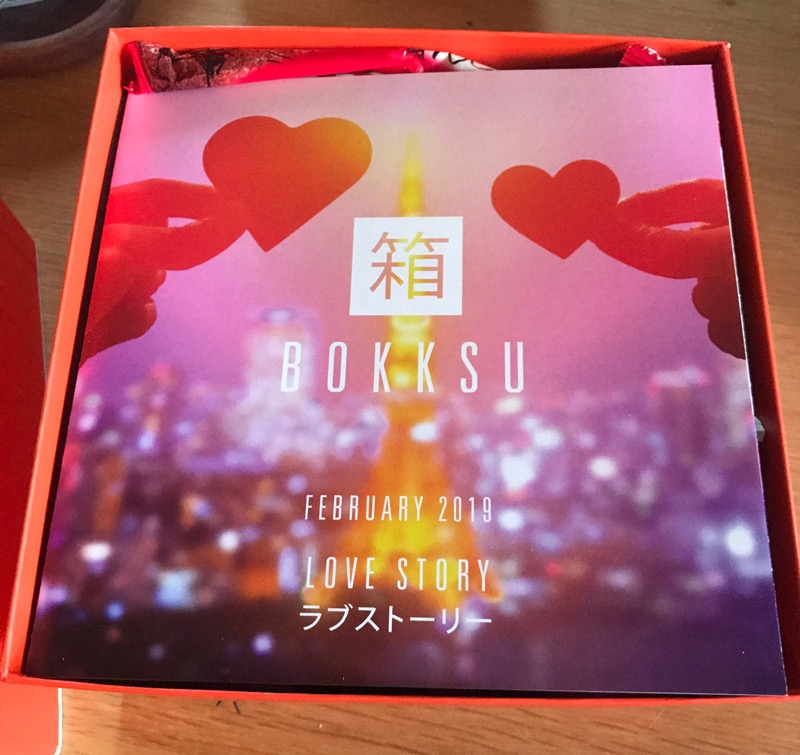 The February Bokksu box comes with a variety of treats for the month of Valentines to make even the coldest heart warmer! 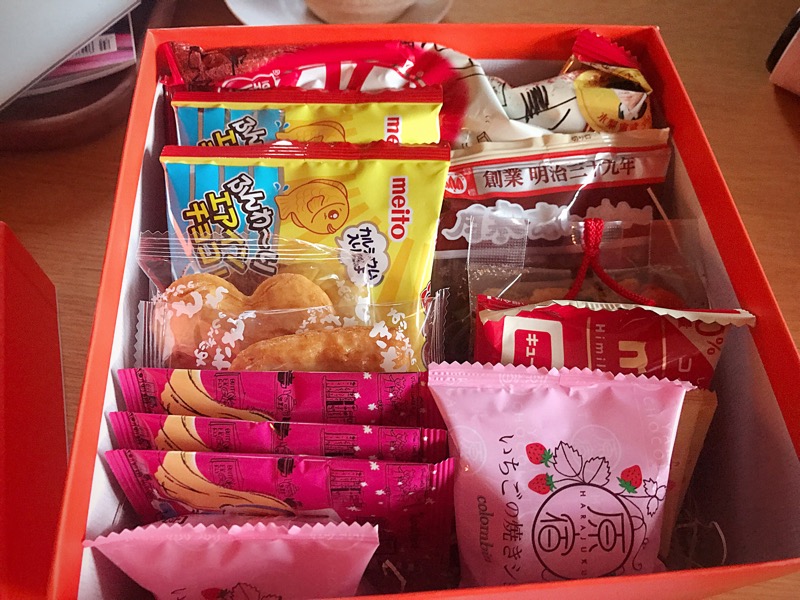 One piece which jumped right out of the box was the Strawberry and Tiramisu kit kats.  A white chocolate coating mixed with bits of strawberry and a coffee-infused wafer. This limited edition flavor was only released in Japan in November 2018 to commemorate the 45th anniversary of Kit Kat’s debut in Japan. 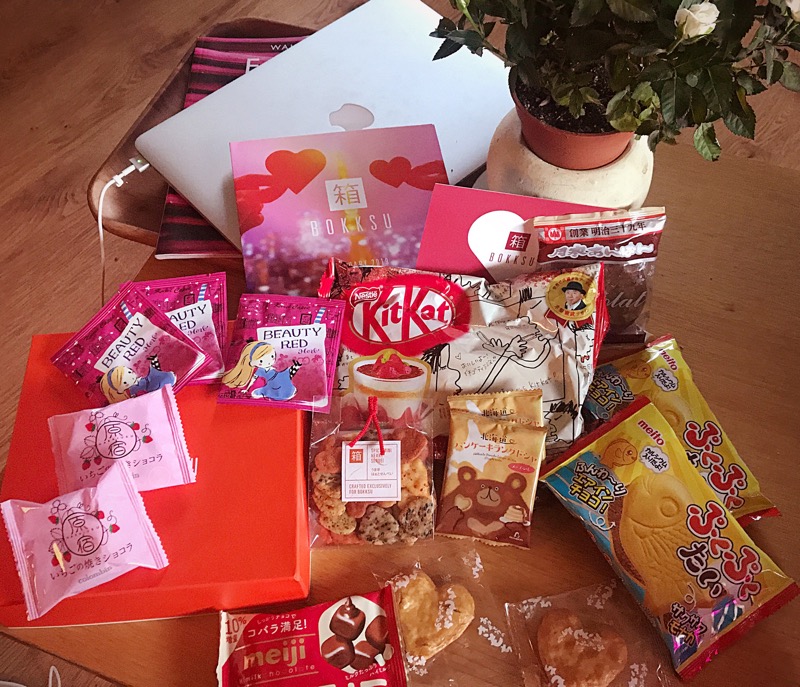 My other fave was the heart shaped rice cracker - you can just see this at the bottom of the Picture above. This classic senbei has has soy sauce and is sweetened slightly with honey. Crisp and well balanced salt/sweet taste.  These disappeared quickly!

Apart from the delish treats, it was interesting to get a guide to where the sweets are from and the story behind them.  Always handy when you are a inquisitive person. 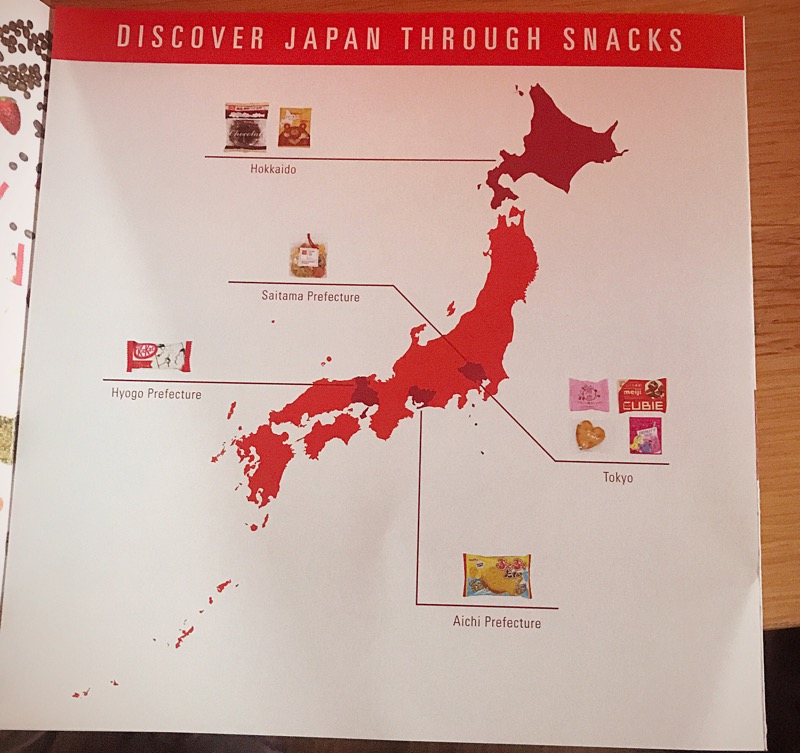 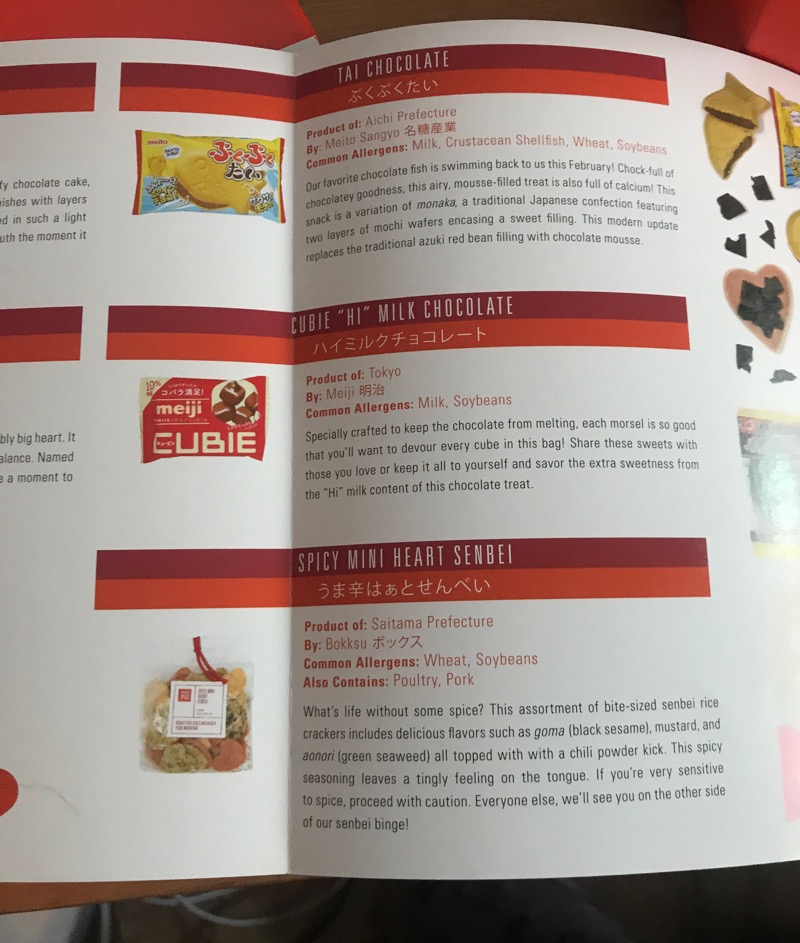 The March Bokksu box is all about Spring with flavours that make the curators think of spring picnics such as pear and Nagano strawberries.

A total of 22 snacks with a selection of Japanese sweets and chocolates - flavoured Kit Kats always win me over. There’s a mix of fruity flavours as well as savoury crackers to keep us occupied. The packaging and information booklet were professional. This is the kind of box that would be appreciated as a gift for the Japan lover in your life, or as a subscription to give yourself a monthly surprise! 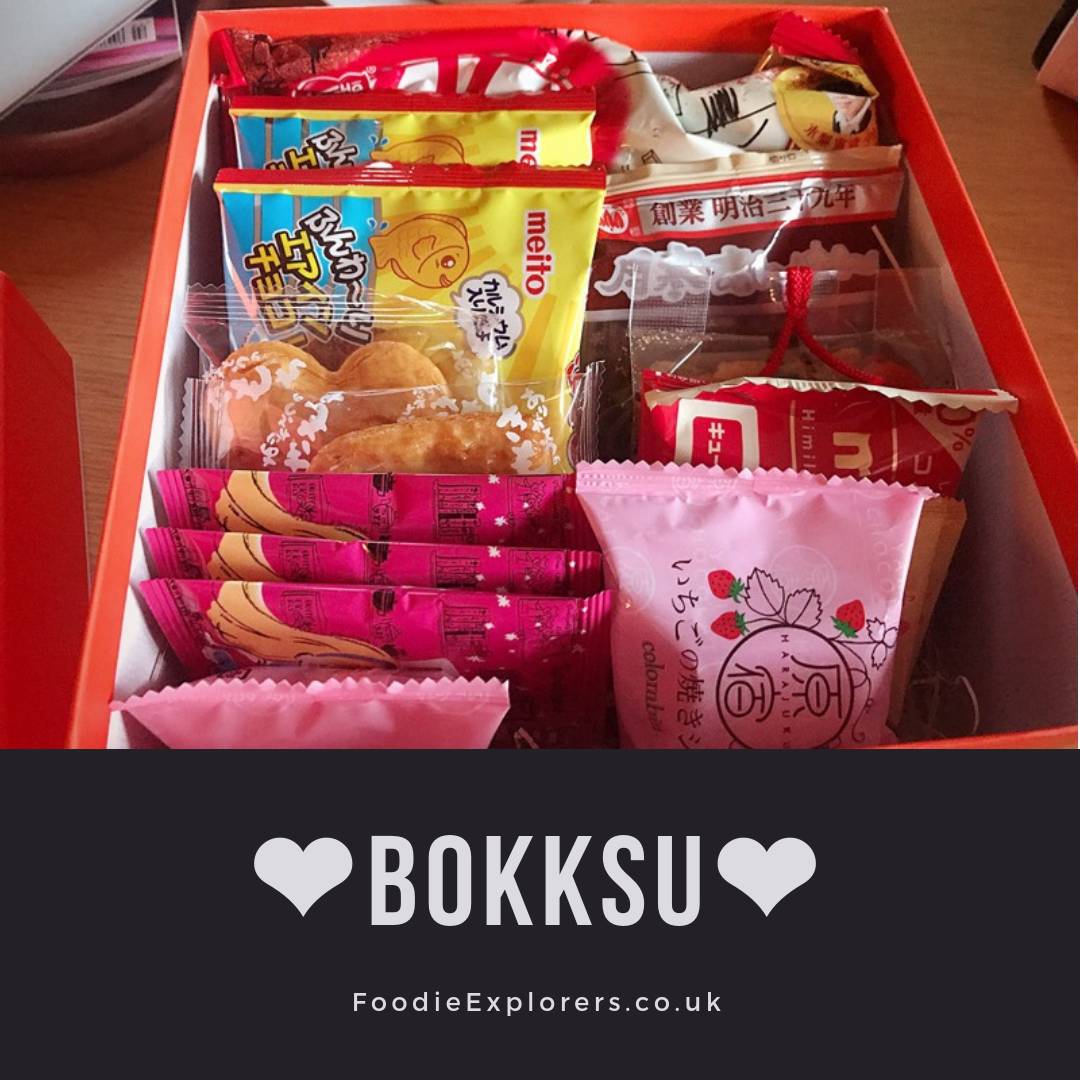 Disclaimer: we were asked to try out the Bokksu snack box and publish a review if we wanted to. No pressure to do so from Bokksu.