The Brandenburg Gate (In German Brandenburger Tor) was built in the 18th-century on the orders of Prussian king Frederick William II.    This is one of the best-known landmarks of Germany but did you know that it wasn’t built as a political statement.  The gate is built on the site of a former city gate which marked the start of the road from Berlin to the town of Brandenburg.

In the western part of the city centre of Berlin within Mitte, just at junction of Unter den Linden and Ebertstraße, and west of the Pariser Platz. Nearby you will also find the Reichstag building, which houses the German parliament (Bundestag). (Click here to find out how you can visit the Reichstag) 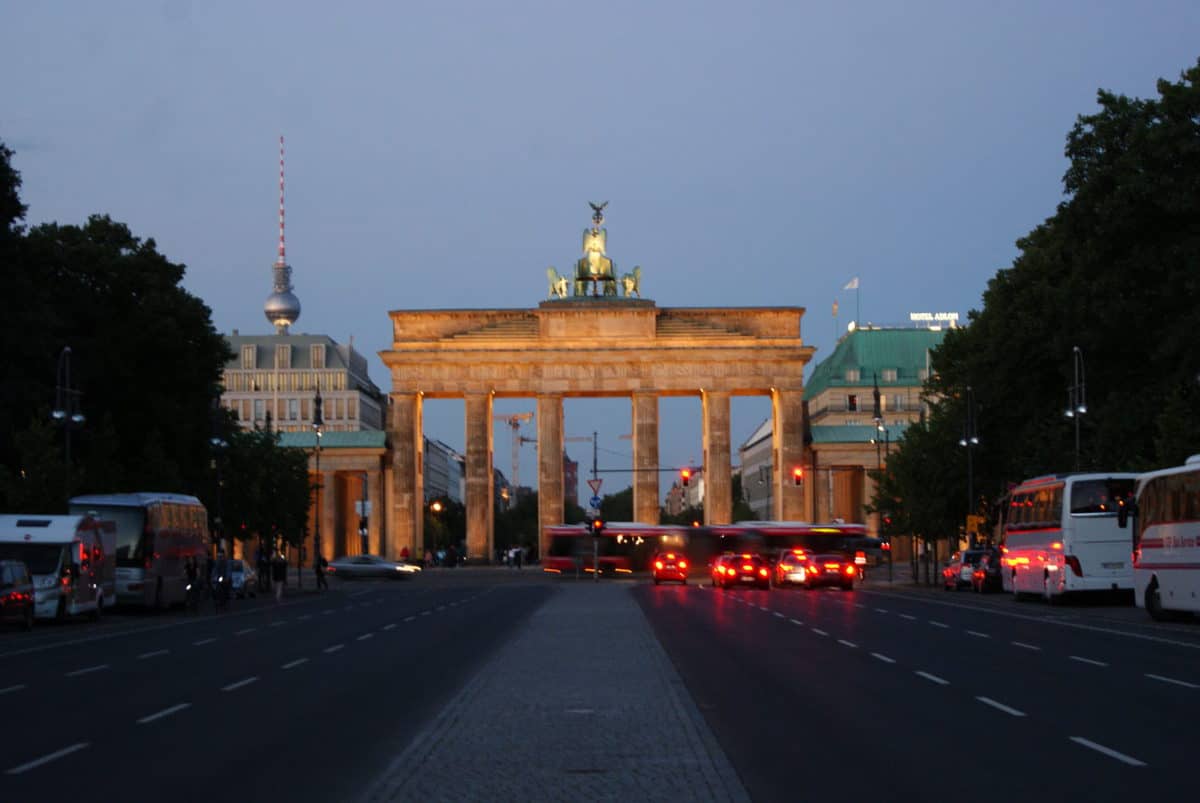 The Brandenburg Gate was one of eighteen gates within the Berlin Customs Wall.  You will probably recognise the names Schleishers Tor and Cottbusser Tor from the U-Bahn 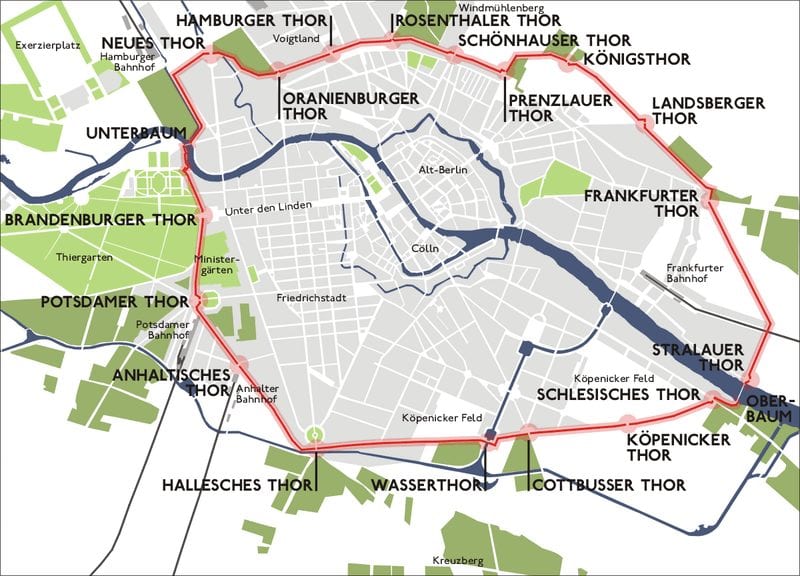 Originally named the Peace Gate (German: Friedenstor) it was built replacing guardhouses which flanked the original gate in the Customs Wall. The gate consists of twelve Doric columns, six to each side, forming five passageways.  The design of the gate is based on the gateway to the Acropolis in Athens, Greece.

Although built for peace, the Brandenburg Gate has been at the centre of many political situations.  After the 1806 Prussian defeat, Napoleon was the first to use the Brandenburg Gate for a triumphal procession and cheekily took its Quadriga (The golden chariot at the top) to Paris.

After Napoleon’s defeat in 1814 the Quadriga was restored to Berlin. The arch was redesigned by Karl Friedrich Schinkel for its new role as a Prussian triumphal arch. The goddess, now definitely Victoria, was equipped with the Prussian eagle and Iron Cross on her lance with a wreath of oak leaves. 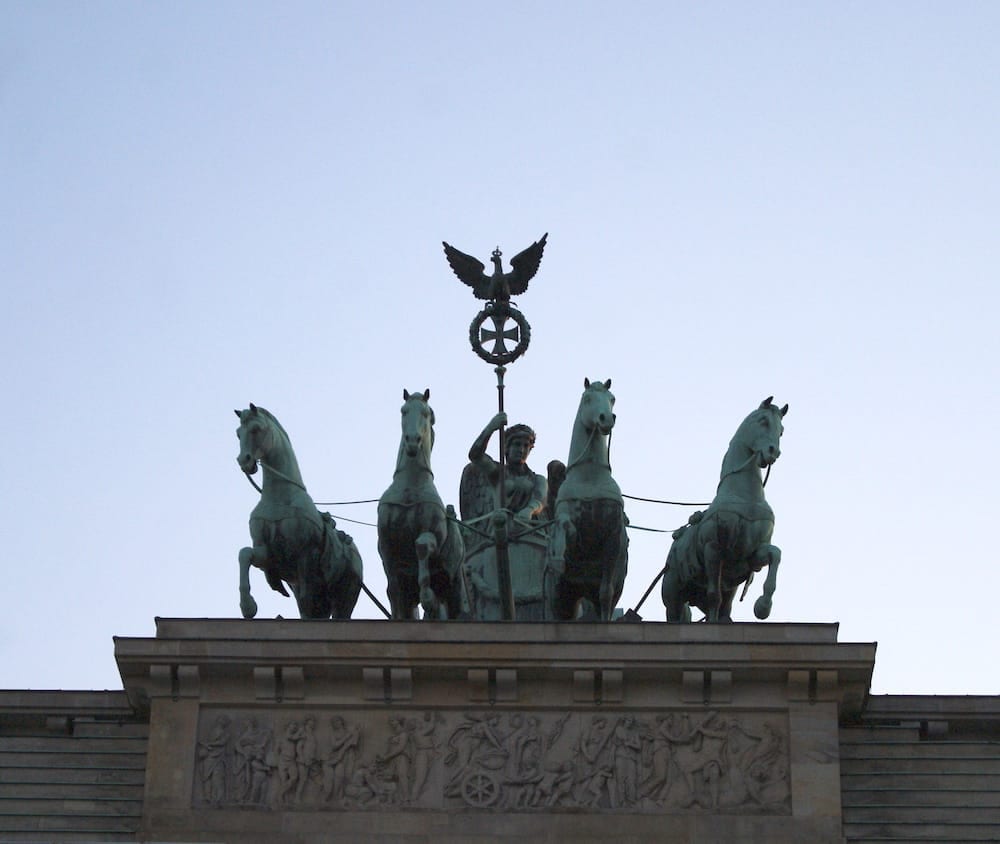 Did you know that only the royal family was allowed to pass through the central archway?  However, when the chariot returned, The Kaiser granted this honour to the family in gratitude to Ernst von Pfuel, who had overseen the return of the Quadriga to the top of the gate.

The gate survived World War II but was badly damaged with bullet holes and one of the horse’s head from the original quadriga can be found in the Märkisches Museum. East and West Berlin governments worked together to restore the gate with both pedestrians and vehicles able to pass through the gate until the day after construction began on the Berlin Wall in August 1961. 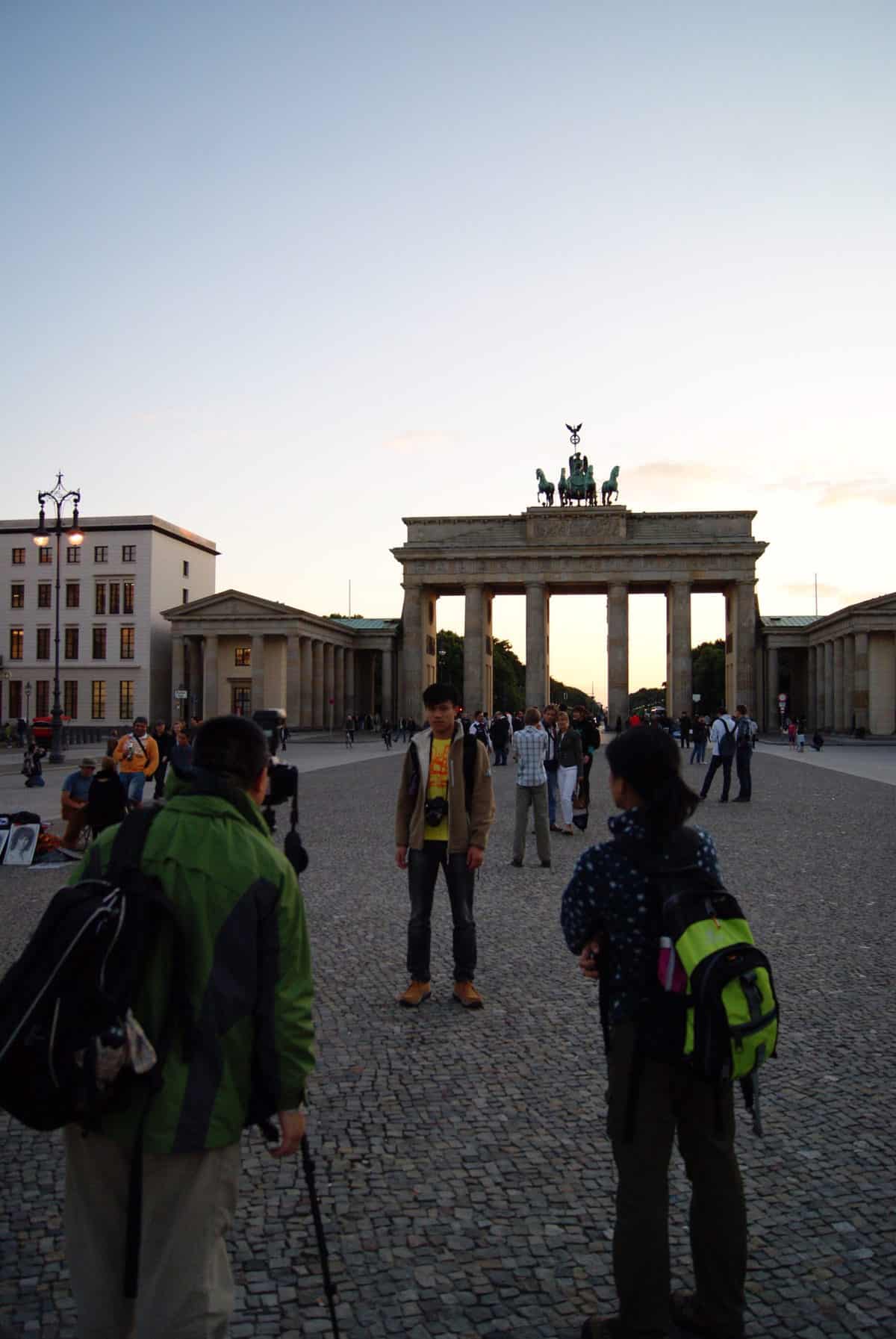 The Brandenburg Gate became a centre point for celebrations when the 1989 revolution occurred and was refurbished in 2000 opening for the 12th anniversary of German reunification. 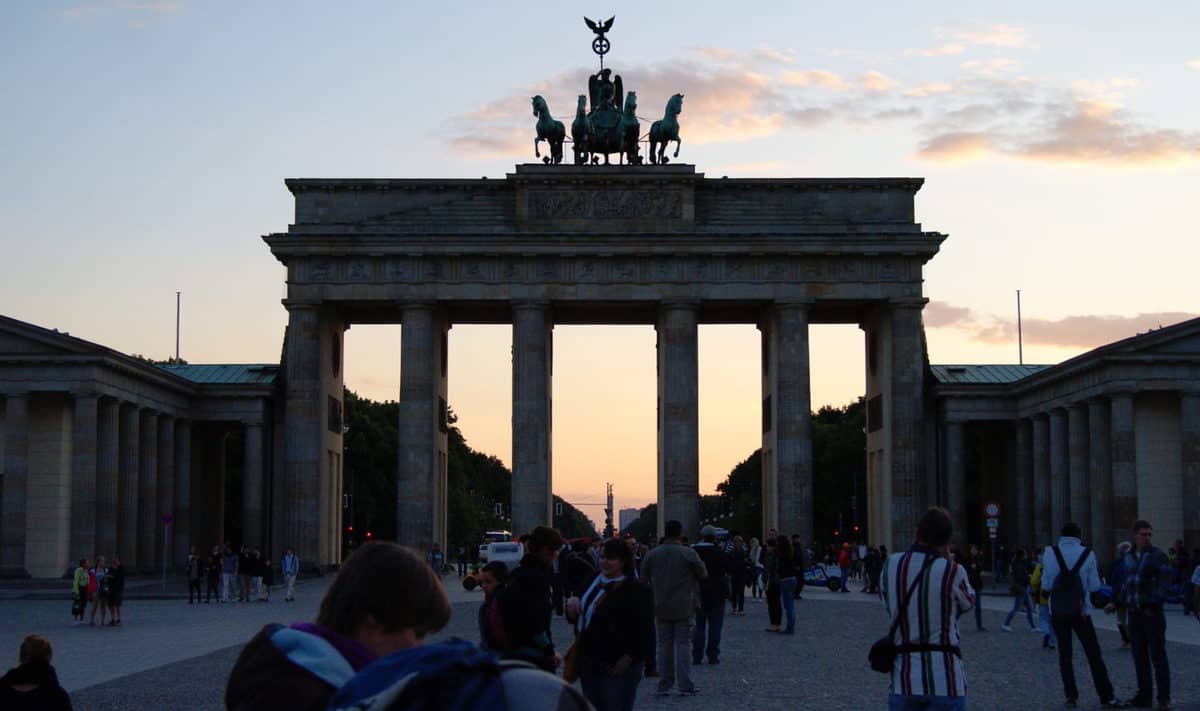 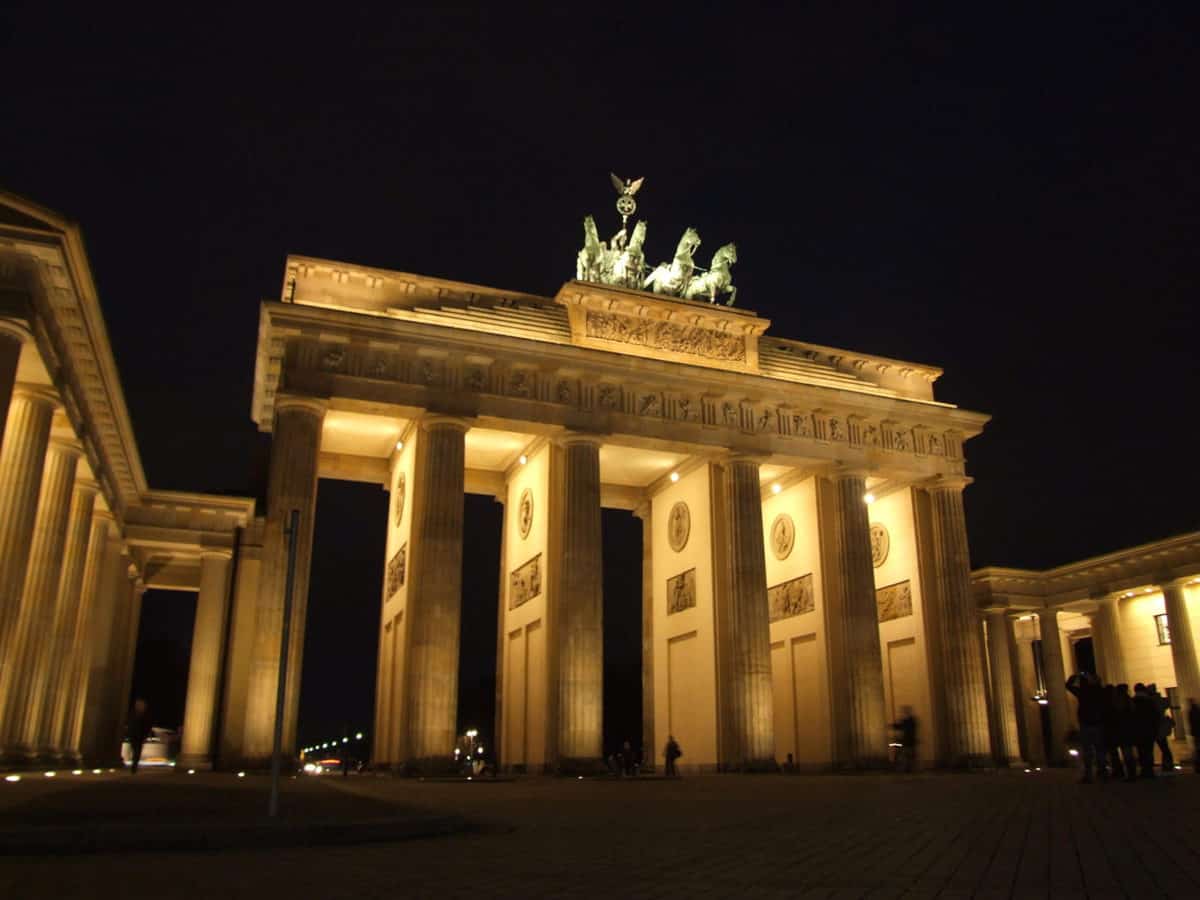