Visit Japan for a summer of festival fun

We wrote about Japan in SNACK magazine last month. If that piqued your interest in discovering more about Japan then here are some festivals happening this summer to think about visiting.

The town of Noboribetsu is famous for its hot springs, which comes from a rocky, barren, volcanic valley known as “Hell Valley.” Local superstition hails this valley is the gateway to hell and inhabited by demons. Every summer the door to “hell” is opened with the Hell Festival. First held in 1964, the festival features numerous demon floats, dances, taiko drum performances, fireworks and a colourful display of costumes worn by visitors and locals alike. 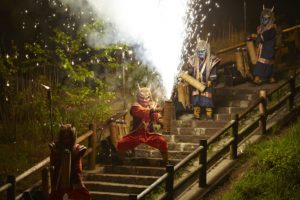 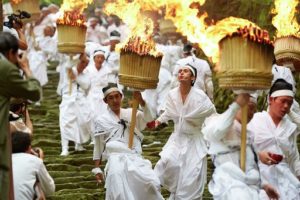 The Yamagata Hanagasa (flower umbrella) Festival is held annually in August, the festival attracts over one million people over three days of floats, dancing and local delicacies. On the first day, prayers for the festival deity “Zao Gongen” take place, followed by a lavishly decorated float leading nearly 10,000 dancers in brightly coloured costumes down the main street. 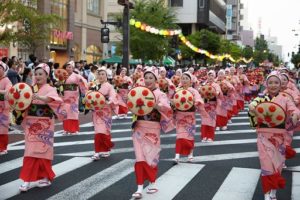 Nara is home to the World Heritage Sites of Todaiji Temple, Kasuga Shrine and Nara Park, making it one of the most sacred spots in Japan. The best time of year to visit this historic town is August for the Tokae Lantern Festival, where people are encouraged to light their own lanterns and place them on the festival grounds around Nara Park. “Toka” means light flower in Japanese and refers to the shape the burned candle wax forms inside the lantern. The more flowerlike the shape the luckier it is for the person who lit the lantern. 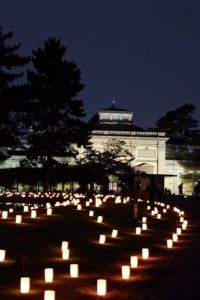 Sendai Tanabata Festival is known for its elegance and gorgeous decorations. During the festival the entire city is filled with colourful decorations and streamers, which are handcrafted by local shops, schools and community groups. In addition to streamers, which represent the threads of a loom, there are smaller paper decorations including kimonos to ward off bad health, nets for good harvests, cranes for long life, purses for good business, and paper strips for good handwriting. These items are hung from bamboo poles or worked into the design of the streamers themselves and are believed to bring good luck. 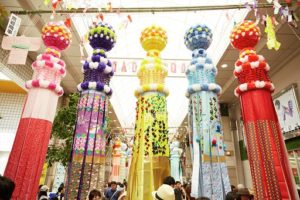 Every summer in the rural prefecture of Yamaguchi, the fishing village of Yanai comes alive with giant glowing goldfish lanterns. The festival began when a Yanai fisherman saw how much local children enjoyed winning goldfish at festivals, and decided to make them into lanterns. The festival includes a parade of 30 giant goldfish lanterns through the town, with children riding inside. Villagers compete to see who can spin their lantern the fastest, while musicians play traditional songs. 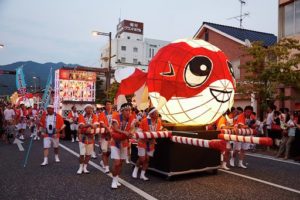