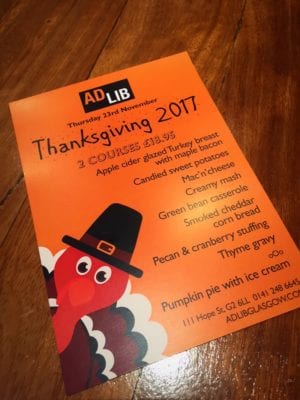 Plus £1 from every meal would be donated to Destiny Angels Christmas Toy Campaign.

With our elasticated trousers ready we sat down to our lunchtime feast, with our server exclaiming “I hope you’re hungry!!!” 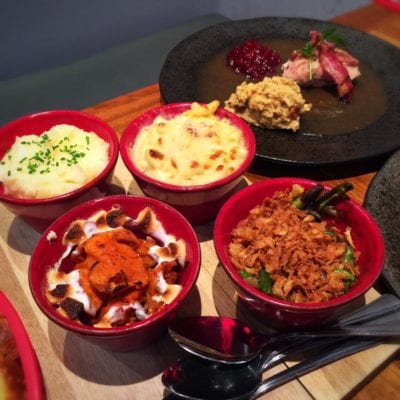 Is that toasted marshmallow on top of sweet potato? Yes it is!

I had to wrestle the mac ’n’ cheese bowl away from Mr Foodie,  doesn’t he know it’s all mine? The sweet potato with a forkful of stuffing and turkey was delicious. 😍  I’m picky about mash, and this got the 👍 From me.  Smooth and creamy with no lumps.  Lots of gravy for soaking into the cornbread, I was nearly pinching Mr Foodie’s portion…

However, my eyes were indeed bigger than my stomach and I had to leave some space for pudding – pumpkin pie and ice cream. 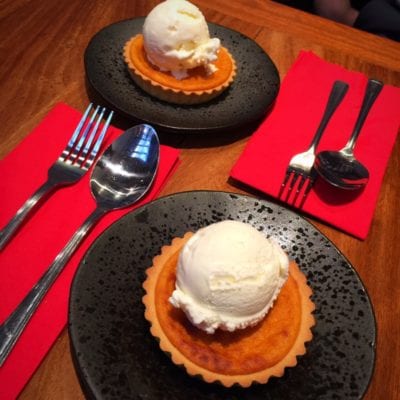 Very seasonal with loads of cinnamon, which was great as pumpkin on its own is pretty bland, and the buttery base was crunchingly good. I’m converted to eating more pumpkin pie, I’ve never been a big fan before now.

We gave thanks to the harvest and now needed a lie down… I think I’ve found a new tradition (the eating of Thanksgiving not the lie down, as I’m good at that already!) 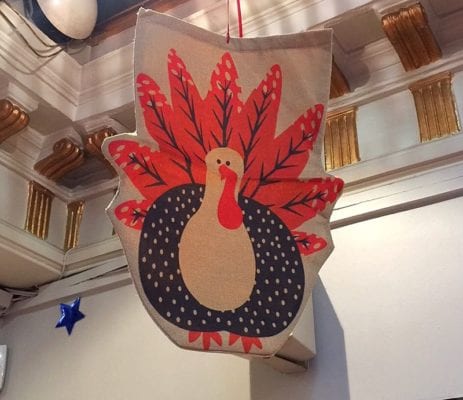 Our bellies were full and happy, in fact so full that I didn’t eat anything else yesterday until a snack at 11pm.

Disclaimer: Fred sez dis look good. He says that although the kind folk at Ad Lib treated us to complimentary food it really was an enjoyable feast.

Mrs Foodie aka Emma loves to snuggle with Fred and Cleo, sleep and read. Can be found with gin or a pint in hand.