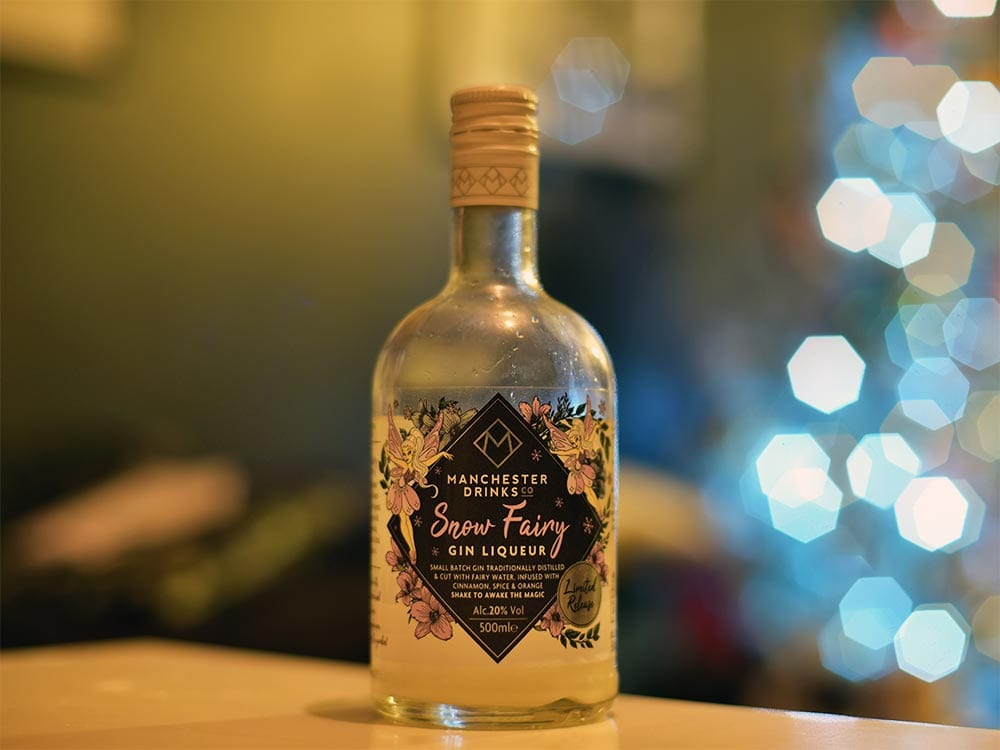 This Christmas sees the launch of Snow Fairy Gin Liqueur from Manchester Drinks Co.  Just like a snow globe, but one you can shake and then drink without killing yourself.  We put on the Christmas tree lights, shook our bottle and poured a couple of shimmering gins. 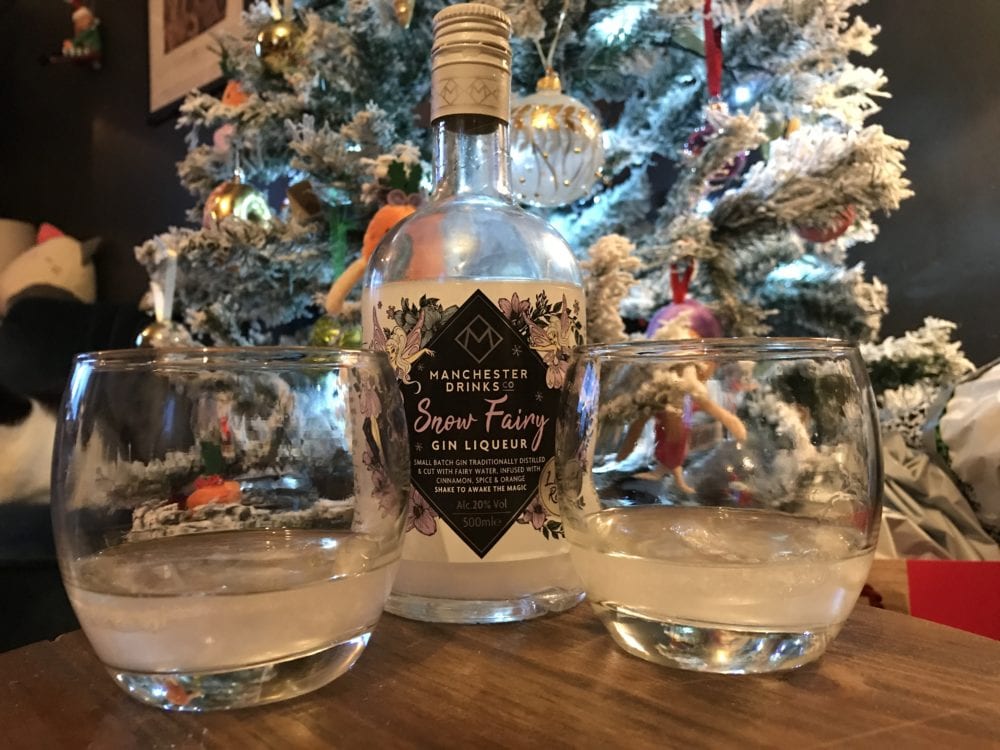 The Snow Fairy Gin Liqueur claims to have been cut with ‘fairy water’, is that were the sparkle comes from?  As well as mystical ‘fairy water’, the festive tipple contains all the key flavours of the holiday season, including cinnamon, spice and orange. It also has an alcohol by volume (ABV) content of 18.7% and costs £8 for a 50cl bottle from Home Bargains. 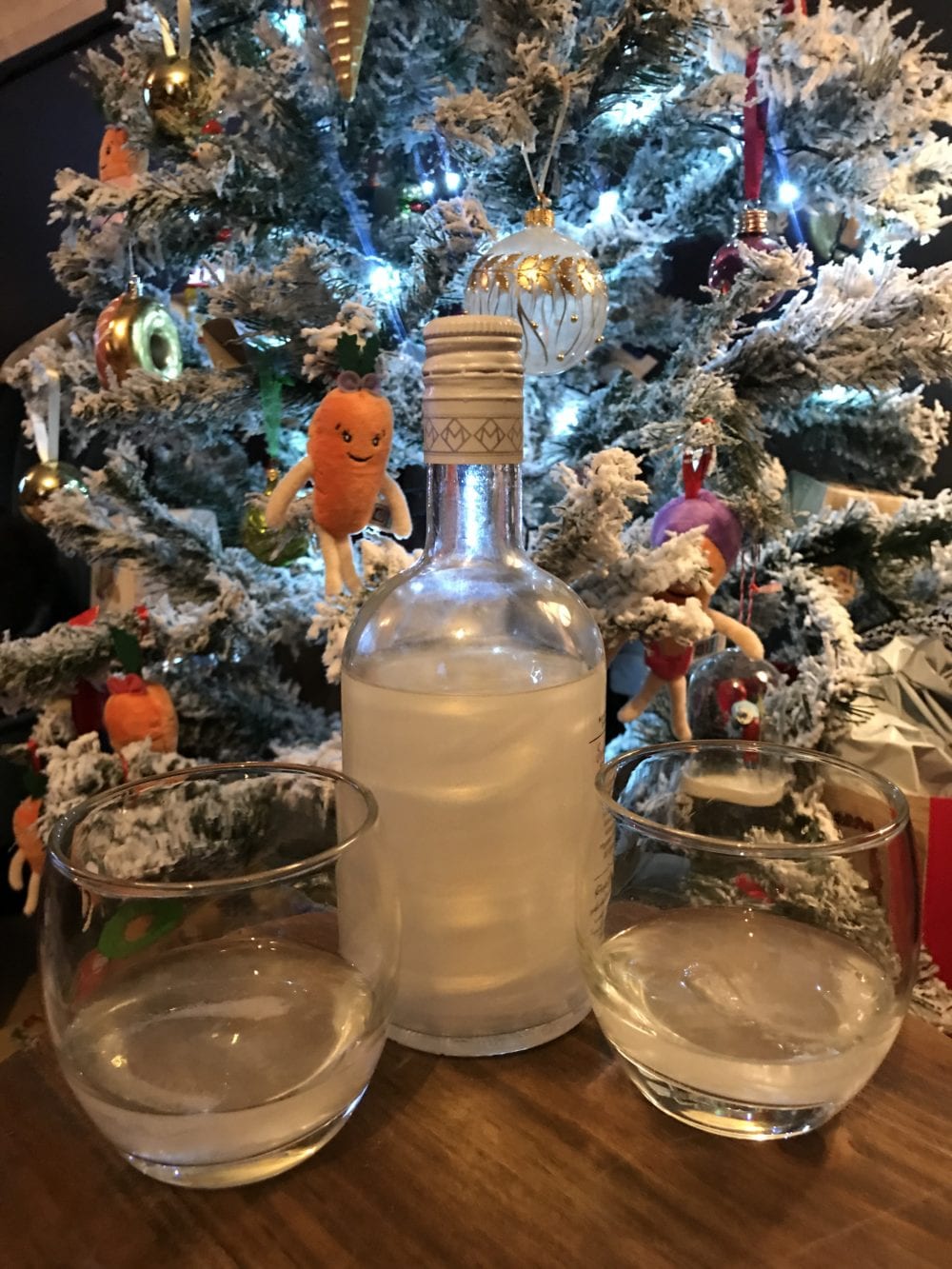 We’ve turned the bottle round here so you can hopefully see the shimmer effect when you give it a shake. “Smells like Christmas” says Mr Foodie and it does – spicy and citrusy just like a festive dumpling and it’s very easy to drink so have it neat, with soda water, lemonade or maybe add to a glass of fizz for some sparkle? Whatever way you have it, it’s one for settling down after wrapping up presents! 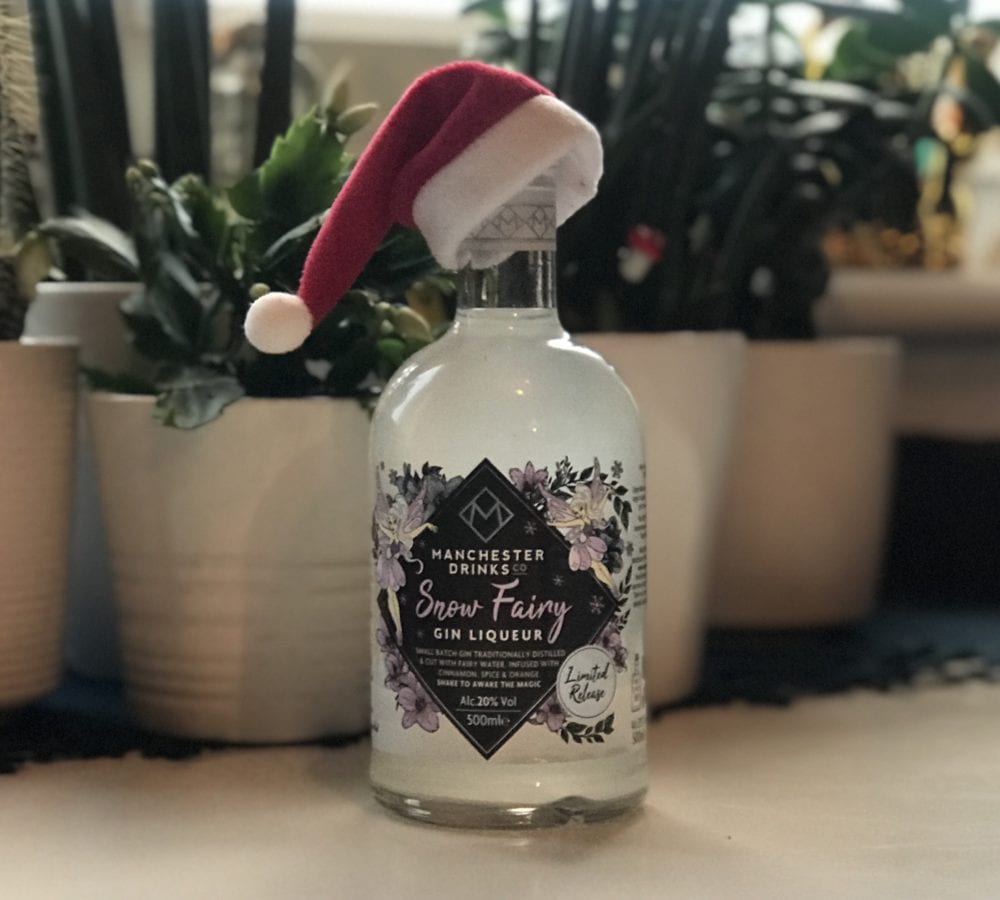 Looking for more festive drinks?  Here are some more Gin’s for Christmas 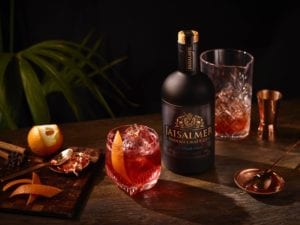 Disclaimer: we received a complimentary bottle for review purposes. Fred was mesmerised by the bottle and even momentarily distracted from his pre-Christmas catnip!