A new campaign has been launched to encourage us all to eat Scotch Lamb, and not just for the weekend.

An estimated 22,000 shoppers will get a taste of the delicious, versatile meat when the Scotch Lamb PGI sampling roadshow – delivered by Quality Meat Scotland (QMS) – visits 40 Morrisons stores and nine ALDI stores around Scotland.

Lidl shoppers will also have the chance to sample Scotch Lamb PGI during September as part of the Scotch Kitchen tour which will promote Scotch Lamb PGI, Scotch Beef PGI and Specially Selected Pork over the next five months.

The Scotch Lamb roadshows come as new research carried out for QMS reveals that over half (54%) of the nation consider themselves “stuck in a rut” when it comes to dinner, and over a third (38%) of people in Scotland never eat lamb midweek. 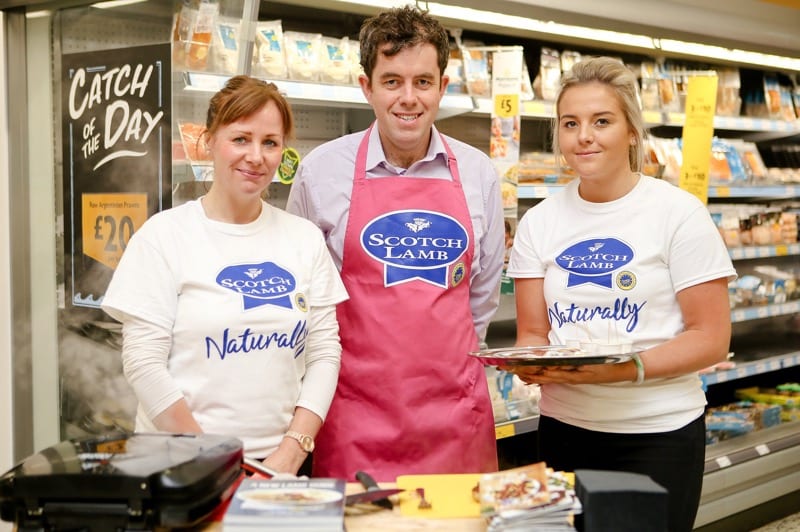 Jonny Williams, one of a team of Scotch Lamb Champions from throughout Scotland including farmers and others involved in the industry, joined the QMS sampling team at Morrisons in Hunter’s Tryst, Edinburgh.

“These sampling events are an excellent opportunity to talk to consumers not only about the versatility of Scotch Lamb but also about what goes into putting fresh, tasty Scotch Lamb on their plates,” said Mr Williams.

“Farmers work hard to produce a fantastic product which is produced on Scottish farms which meet stringent criteria regarding animal welfare, feeds and natural production methods.

“At this time of year Scotch Lamb is at its most plentiful, so there is a huge scope for more people to routinely enjoy it by adding it to their midweek mealtime repertoire.” 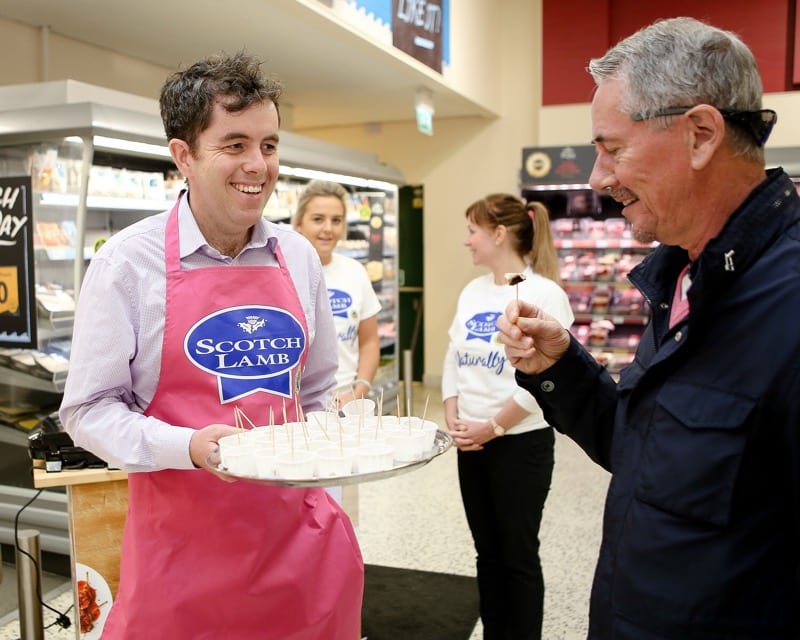 Running until 13th October, the Scotch Lamb sampling activity forms part of QMS’s “Scotch Lamb, Naturally” campaign, a nine-week long promotional push which will for the first time include television advertising as part of the promotional mix, along with billboard, press, digital, social and radio advertising.

Visit www.scotchkitchen.com/scotch-lamb-naturally to discover a range of new recipes created using Scotch Lamb with a preparation time of 30 minutes or less.