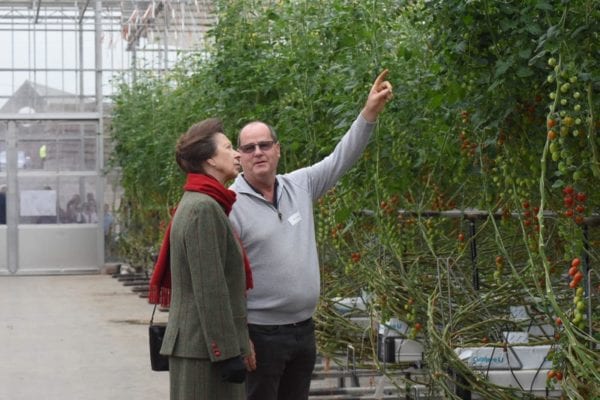 The Princess Royal officially opened Standhill Farm Glasshouse in Hawick, today ( 20th September 2017).  I had the pleasure of visiting earlier this year and try the tomatoes straight off the vine. Click here to find out more.

The custom-built state of the art greenhouse is huge and covers around 15 ½ thousand square metres (approximately the size of 2 ½ football pitches)!

The Glasshouse is part of  an initiative earlier this year to bring back Scottish tomatoes to the commercial growing market by the food producer, Scotty Brand and local farmer Jim Shanks. Scotland’s tomato-growing industry was previously a thriving industry, but declined in the 1970’s due to cheaper imports, but today Scotty Brand is behind the drive to resurrect this.