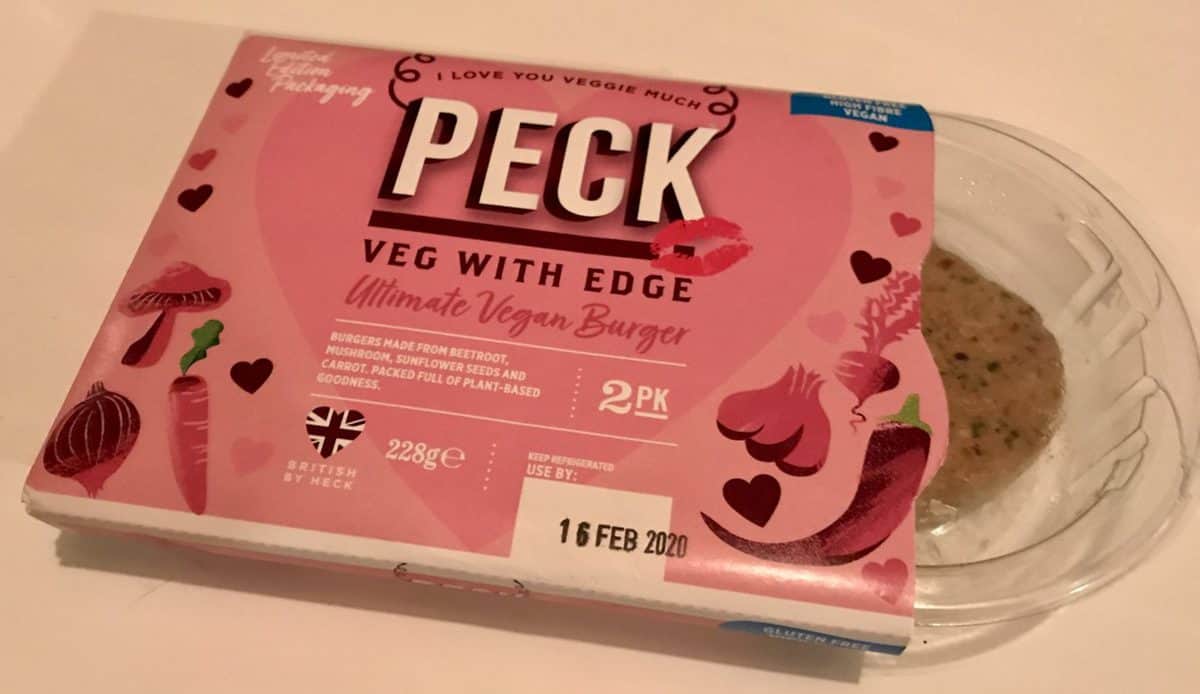 Have a PECK over dinner this Vegan valentine’s day

They say the way to a man’s heart is through his stomach, usually, its big huge fancy meals involving steak and the like but this Valentine’s day HECK have launched a limited edition PECK heart-shaped vegan burger. 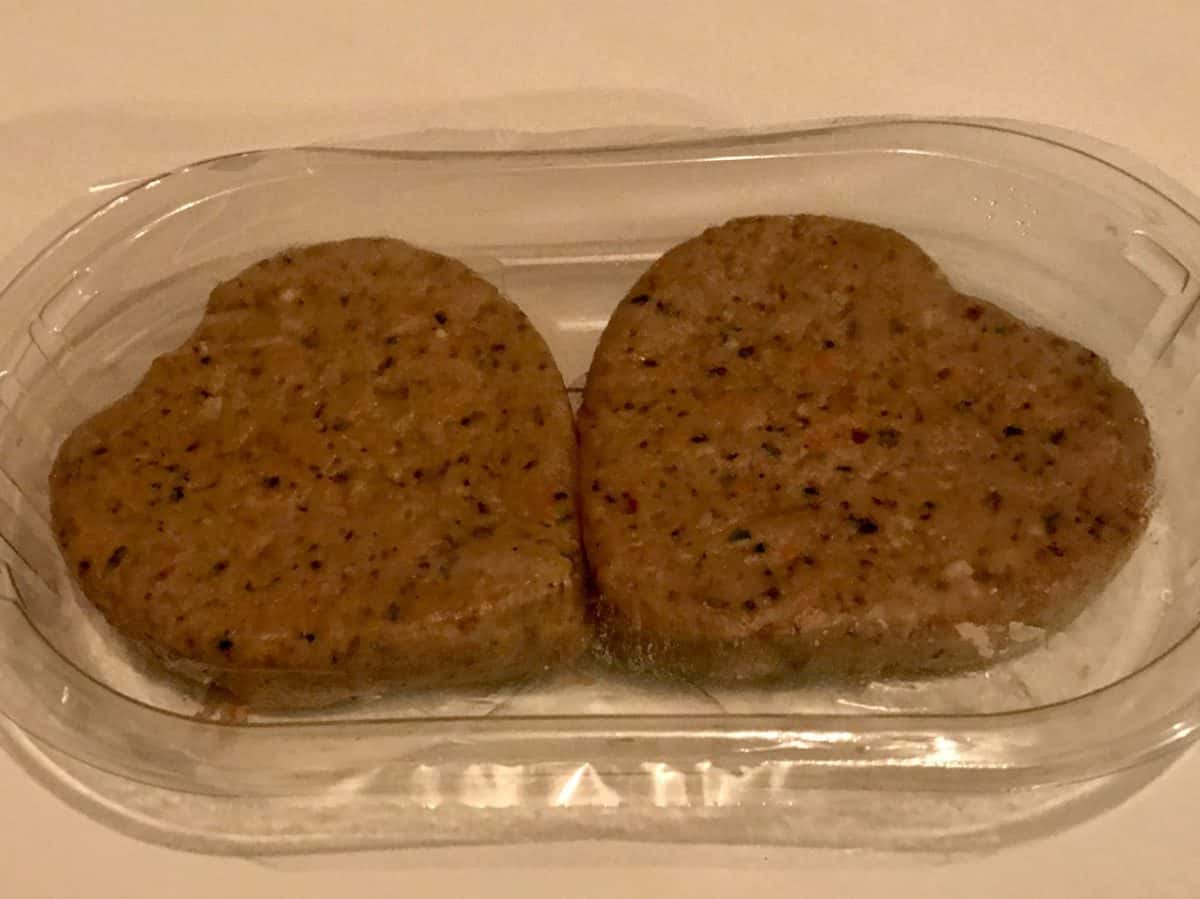 Available for a limited time, only at Asda, we gave them a go to see if they would romance up a meal-time. A heart-shaped burger – what could be more romantic than that? (Well.. lots but stick with me!)  Approved by the Vegetarian Society and registered with the Vegan Society, the PECK Ultimate Vegan Burgers are made with beetroot, mushroom, sunflower seeds, natural smoke flavouring and a hint of red chilli. 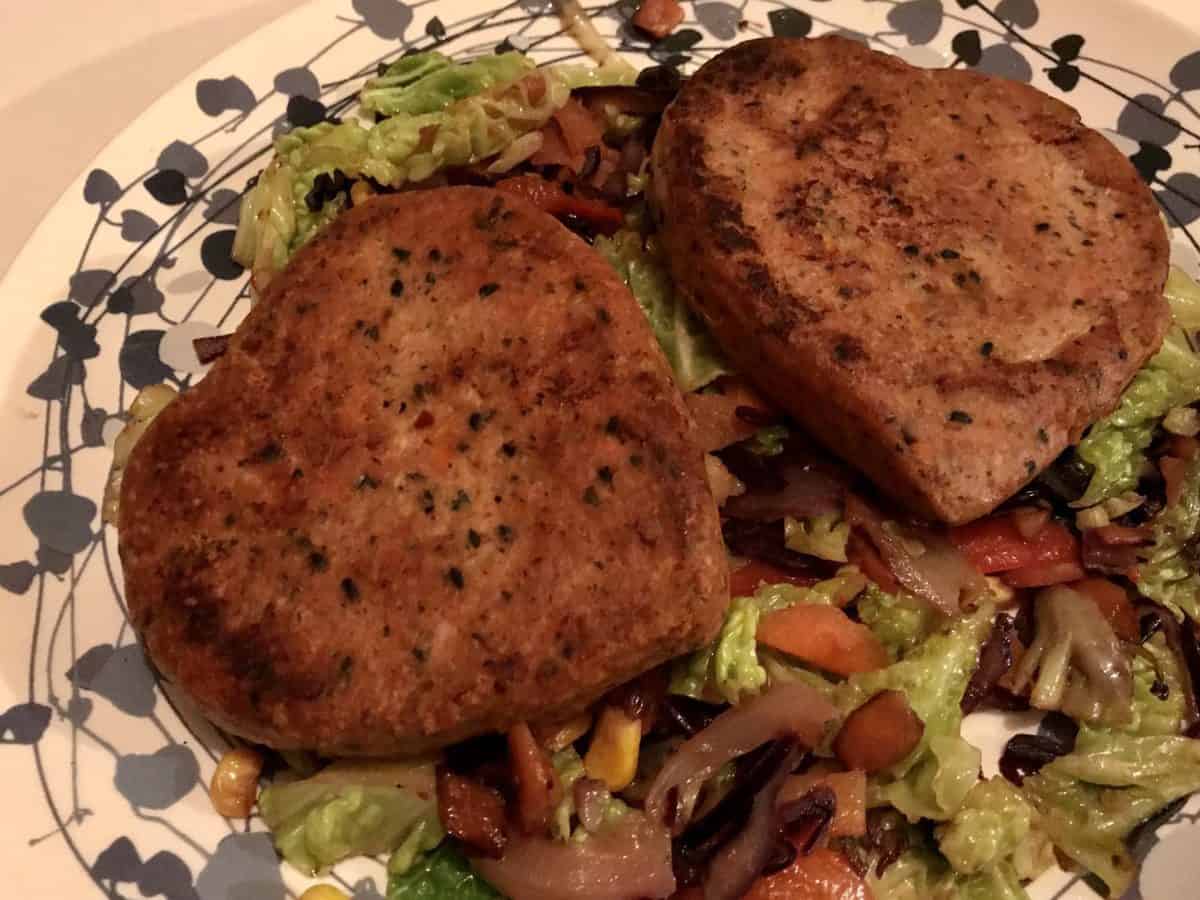 Being the adventurous types (😂) we decided to forego the expected eating a burger as a burger and served them atop a vegetable stir fry. Well, you can never have enough veggie goodness, can you?  The texture was like a sausage patty that you would find in a well-known burger establishment only with seeds, so you can tell it’s healthy!  We didn’t taste much of the “natural smoke” however the red chilli let itself be known at the end of each bite.  Not in a bad way, in a “ooh chilli warmth”

I added some mustard on top, just to add to that romance, the strong and bitter flavour worked well with the burger, so would expect the PECK vegan burgers to taste fabulous on an actual burger bun. 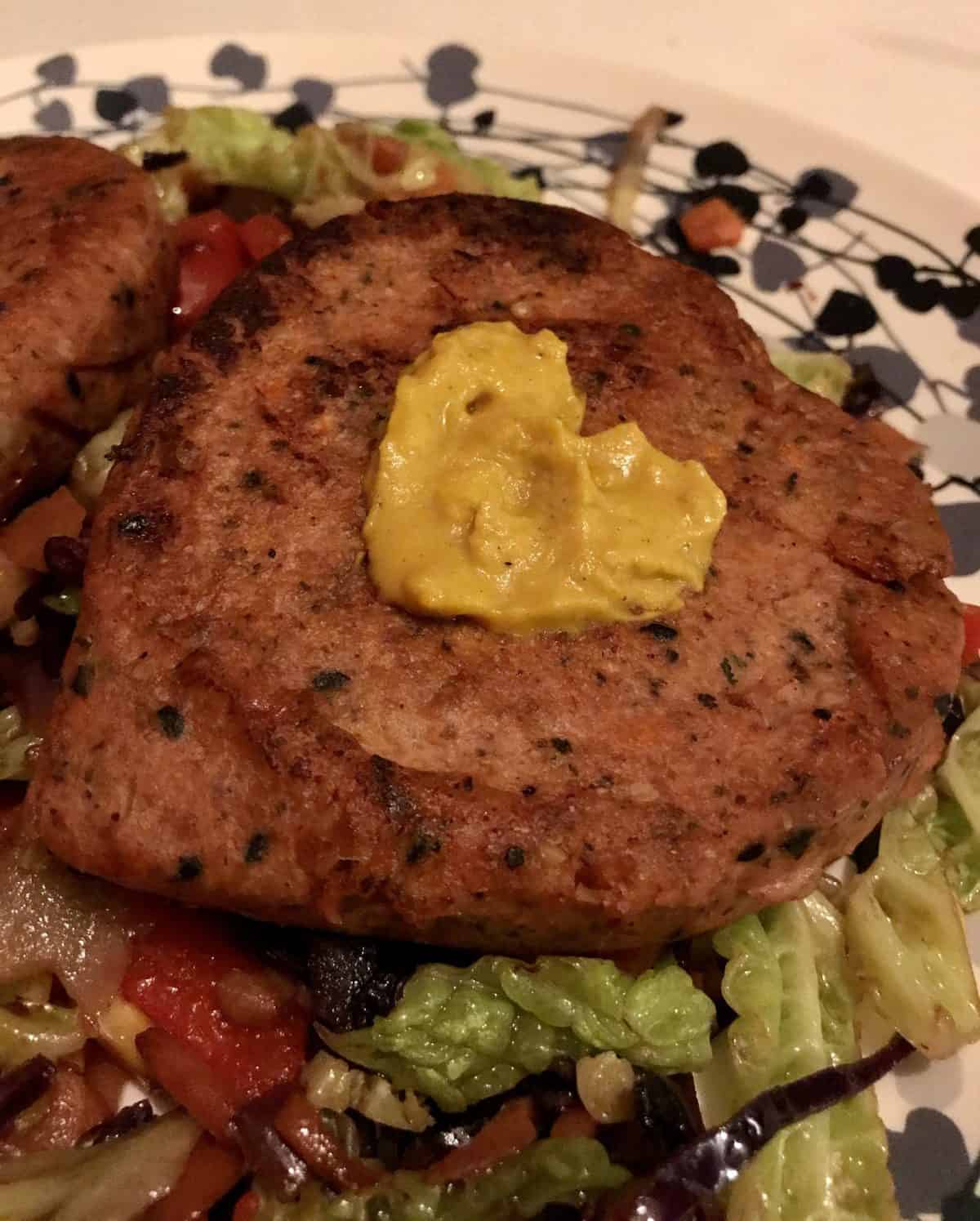 Disclaimer: we received a complimentary pack of PECK but Fred said even though they were vegan they still smelled good and he trusts his hoomans. 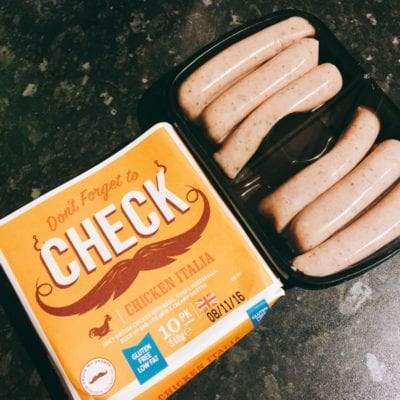