This year’s Great British Beer Festival, run by the Campaign for Real Ale from 6-10 August at London Olympia, will boast an exciting range of live craft keg beer for the first time in the festival’s 42 year history.

Craft breweries such as Tiny Rebel, Magic Rock, Wild Beer Co and Siren will be taking over part of Olympia’s National Hall to bring their favourite brews to festival-goers, all served from recyclable KeyKeg containers to ensure they are as eco-friendly as possible. 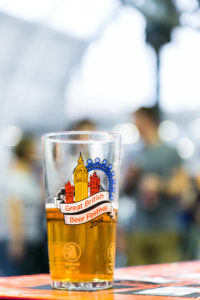 The keg lines can be found alongside the festival’s international beer hall, which showcases 400 different beers from the top craft breweries around the world, including innovative flavours hailing from the US, Czech Republic, Germany, Belgium, The Netherlands and Spain, among others.

Plans are also underway to roll out a new Learning & Discovery zone at the festival, giving visitors the chance to compare samples of beer dispensed in cask as well as keg. Festival-goers can meet with brewers, learn about ingredients and the brewing process and find out more about the nation’s favourite drink. 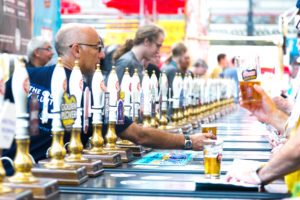 Catherine Tonry, GBBF Festival Organiser said: “We look forward to rolling out the new KeyKeg takeover at this year’s festival. Whilst as an organisation we campaign exclusively for real ale, cider and perry, people like me coming to the festival love beer in all forms and types of dispense. We want to ensure that everyone feels welcome and has the best festival experience that CAMRA can offer.”

Brad Cummings, CEO of Tiny Rebel said: "We have been working behind the scenes with CAMRA to lead the change to promote some of the best craft breweries that love keg and cask as much as we do. This will be the first time that consumers can drink at a dedicated UK craft keg bar in the National Hall, giving consumers a much greater choice of beers, in both style and ABV. We love beer in every form and look forward to seeing you there for a pint!”

Andrew Cooper, Co-founder of Wild Beer Co adds: “We are incredibly excited to be pouring our range of wild-kegged beer alongside so many talented breweries at The Great British Beer Festival. This has offered us and our friends the opportunity to showcase some of our more diverse brews that wouldn't have been possible to bring before. The festival is about celebrating great British beer, whatever the style or format and we can't wait to share ours with you all.”

Richard Burhouse, Founder & CEO of Magic Rock adds: "We’re delighted to have our keg beers pouring for the first time at the UK’s most famous beer festival. The revival of beer in the UK owes a huge debt to CAMRA and it’s great to see that they’re moving with the times and listening to what modern drinkers want from their beer. We produce both cask and keg beer but its undeniable that some beer styles such as IPA’s and Lagers suit cold keg dispense. We’re looking forward to getting feedback on our keg beers from the customers at this year’s GBBF."

Andy Nowland, Marketing Manager for Siren Craft Beer concludes: "We're delighted to be working with CAMRA to pour our brewery-fresh beers at GBBF for the first time. At heart, we're passionate about great beer in all formats - with the brilliant nuance that each brings. Following on from the success of Broken Dream last year, we can't wait to showcase a range of full-flavoured, modern beer styles in superb company."

The festival will be open to the public from 6-10 August at Olympia London and feature over 1000 British and international beers, ciders and perries, a wine bar and - new for 2019 - a gin bar.

Tickets can be bought in advance from www.gbbf.org.uk