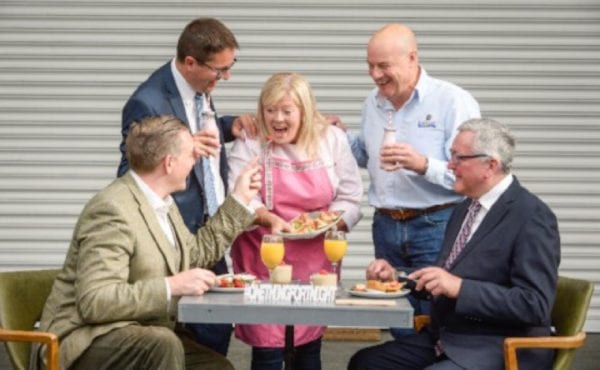 We joined the launch of Scottish Food & Drink Fortnight, the nationwide event which supports, promotes and champions Scotland’s produce and the people who grow, make, cook and sell it.  The launch was held at  Barras Art and Design (BaaD) and A’Challtainn restaurant, Glasgow’s exciting new eating, drinking and event venue, and the food was superb!  (We will need to visit there!)

This year, Scottish Food & Drink Fortnight is encouraging the great Scottish public to take part by changing just one thing (#onethingfortnight) about how much Scottish food and drink they buy and eat.

The annual celebration takes place between Saturday 2nd September and Sunday 17th September 2017 inclusive, and is encouraging everyone across Scotland to join in to champion Scotland’s delicious larder and change one thing (#onethingfortnight) for 2017. 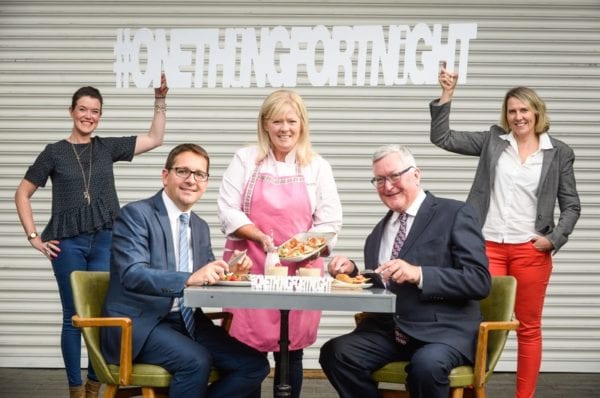 Several Scotland Food & Drink Excellence Awards Winners and industry leaders also attended and all guests were treated to a Scottish breakfast made by both Jacqueline O’Donnell and the BAaD Head Chef Garry Gill, the signature dish of the Fortnight, hot smoked salmon in black pudding and bacon oatcake tartlet with horseradish crème fraiche.

“Scottish Food & Drink Fortnight is a fantastic opportunity to celebrate what we have here in Scotland. Producers, chefs and the wider food and drink sector are often too humble about the part they play in showcasing Scotland’s natural larder and so the Fortnight give us the chance to celebrate them and their role in our wonderful industry, whilst also demonstrating to the wider public just why Scotland has earned the reputation as a Land of Food and Drink.

“Just one change can make a huge difference, so get involved and let us know what you are doing to support the Fortnight. I need to be healthier and my one change this Fortnight is to fully embrace Scotland’s natural larder and eat more fruit and vegetables. We’ll be offering prizes at the end of the Fortnight to those who have been the most dedicated supporters of the campaign and I am really looking forward to seeing all the different ways in which people get involved.”

“Scotland’s food and drink industry is a cornerstone of our economy and heritage with our products being held in the highest regards across the globe.

“Scottish Food & Drink Fortnight provides a great opportunity to focus on the sector’s achievements and strengths, champion our produce, and support the wonderful people doing great things all along the supply chain.

“I would encourage everyone to get involved in the next two weeks and celebrate the high-quality food and drink offering available right here on our doorstep.” 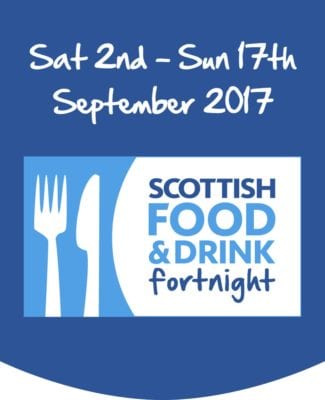 Tying in with the Year of History, Heritage and Archaeology, Scottish Food & Drink Fortnight is also profiling the following daily food themes and asking everyone to use those themes as inspiration to simply change their own ‘one thing’ (#onethingfortnight):

Need some inspiration on how to change one thing? We have a selection of excellent recipe books to giveaway to inspire you to use Scottish produce. 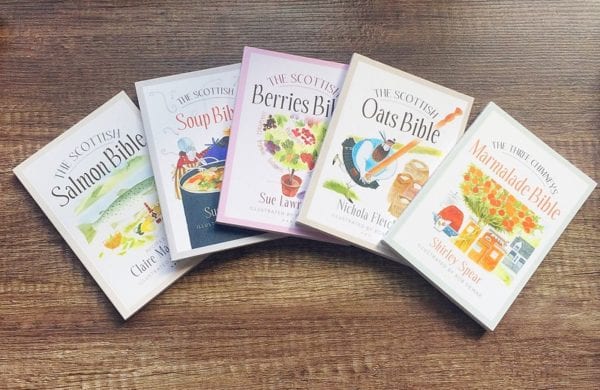