There are 27 new Bib Gourmands in the 2019 MICHELIN Guide, bringing the total to 143. London has 42, four of which are new. Petit Pois in Hoxton is a cosy bistro serving French food, whilst Kudu in Peckham offers dishes inspired by its chef’s South African roots. Farang in Highbury focuses on Thai street food, and Sorella brings the Amalfi coast to Clapham. 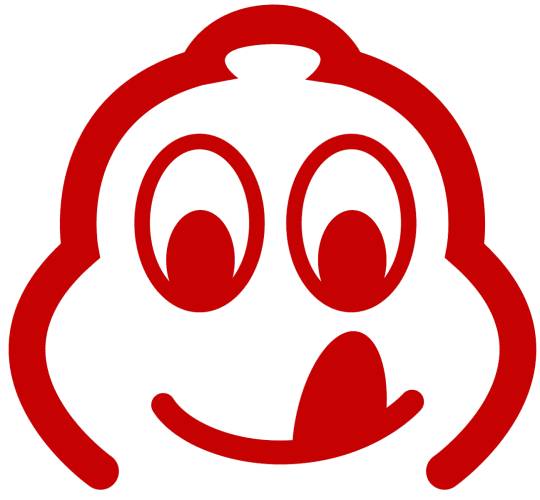 Six pubs receive the award this year. The old-fashioned Dog and Gun in Skelton, Cumbria; the hugely characterful Compasses Inn in Crundale, Kent, and the rural Crown Inn in Upton.

Scotland scores two Bib Gourmands in this year’s guide with Monadh Kitchen in Glasgow and Sugar Boat in Helensburgh, while beachside bistro Bryn Williams at Porth Eirias wins a third Bib for Wales.

The Republic of Ireland boasts four new Bib Gourmands, bringing its total number up to 24: Clanbrassil House in Dublin, Tartare in Galway, Dillon’s in Timoleague and Brownes in Tuam; while former Michelin-starred chef Danni Barry gains a Bib Gourmand for Northern Ireland at the charming Clenaghans. 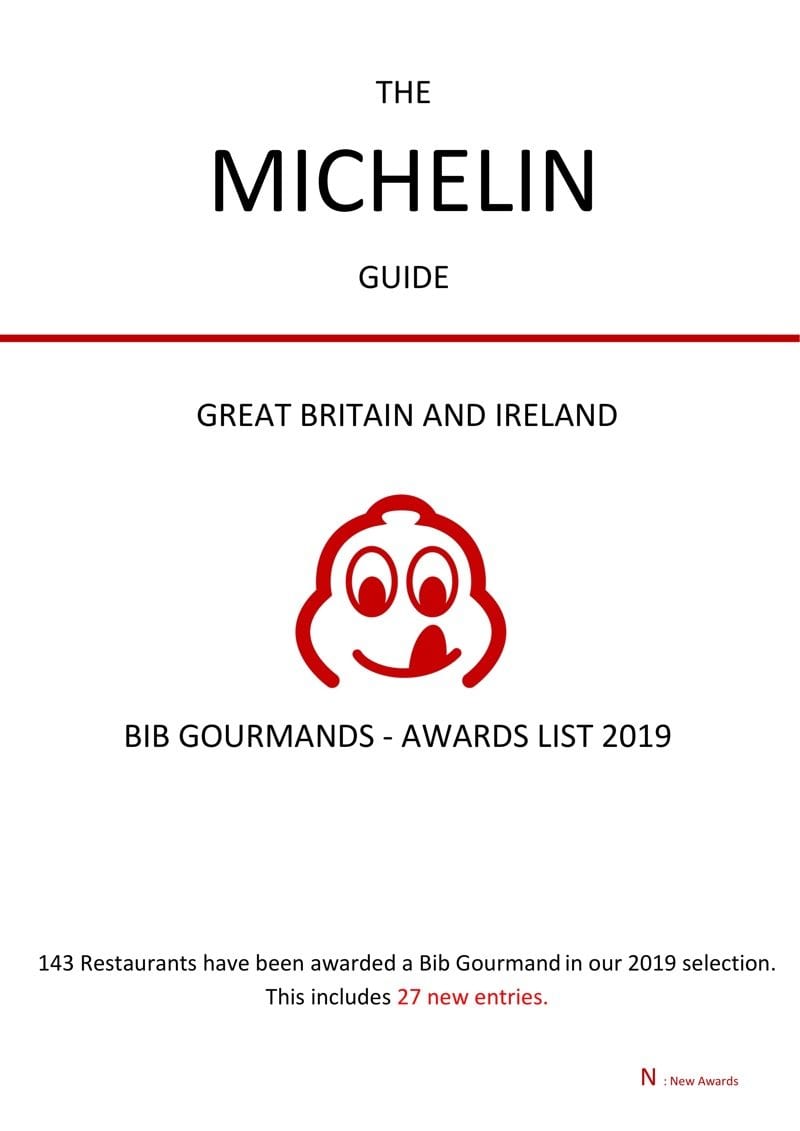 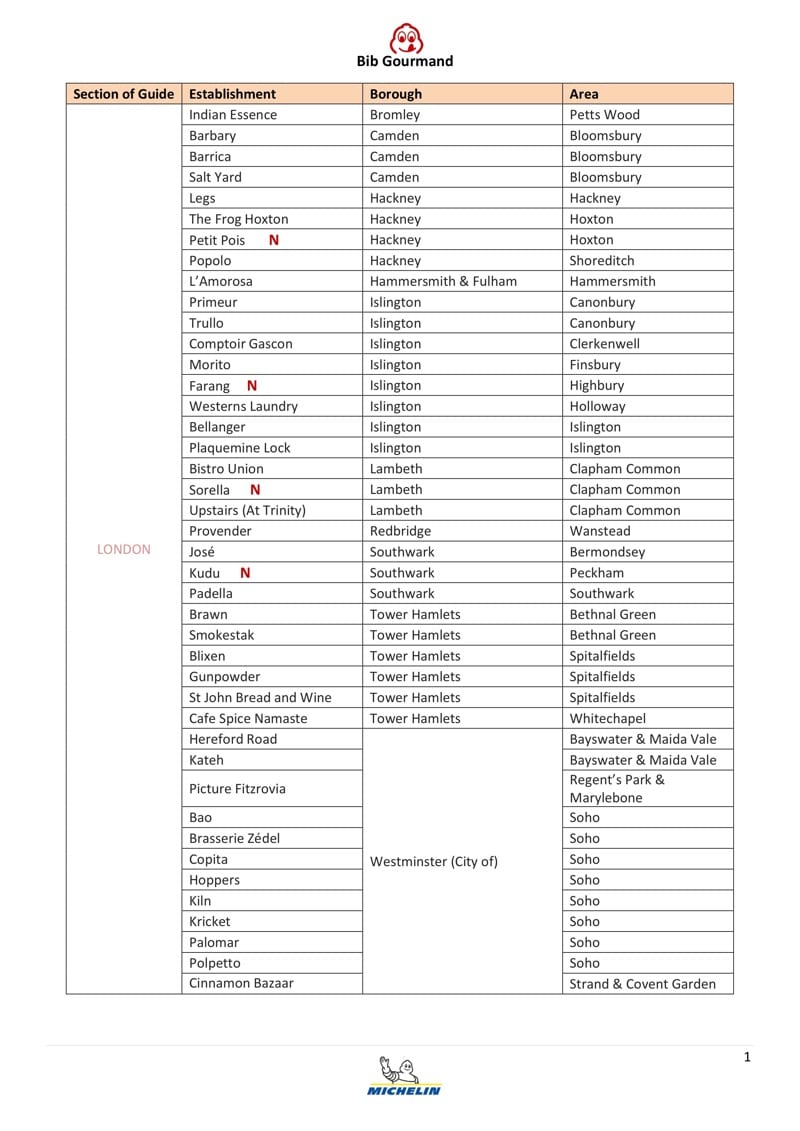 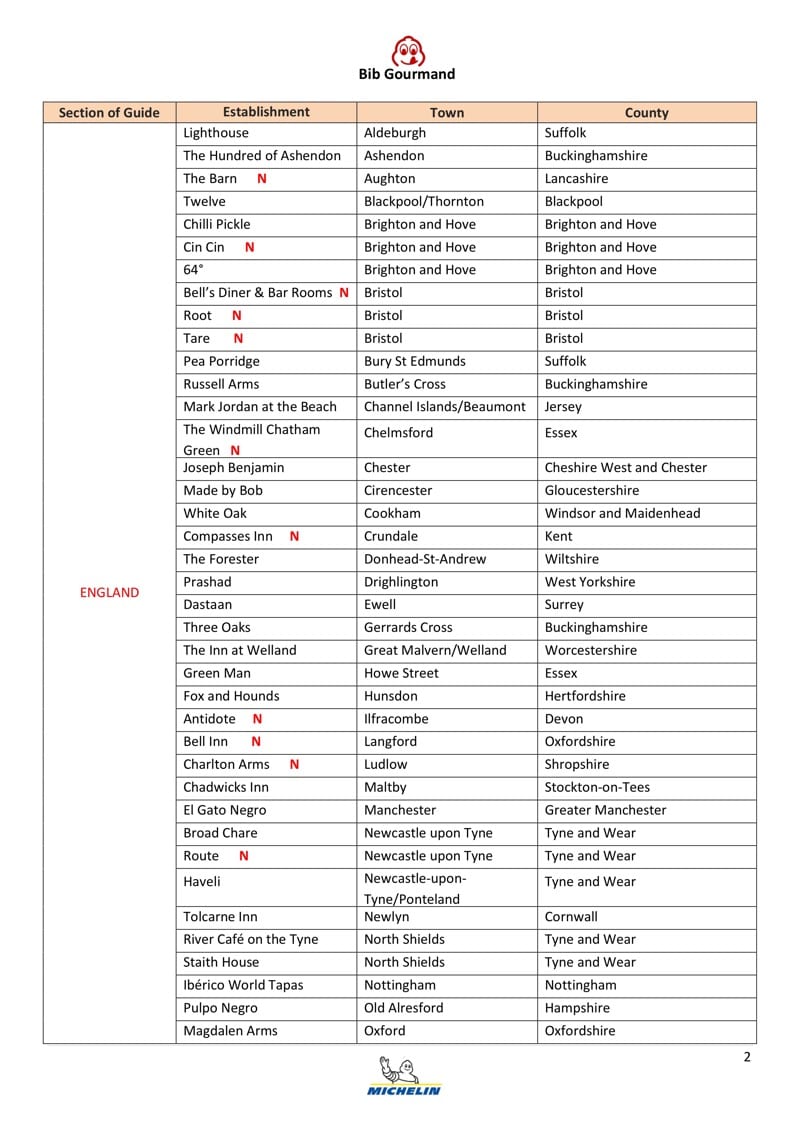 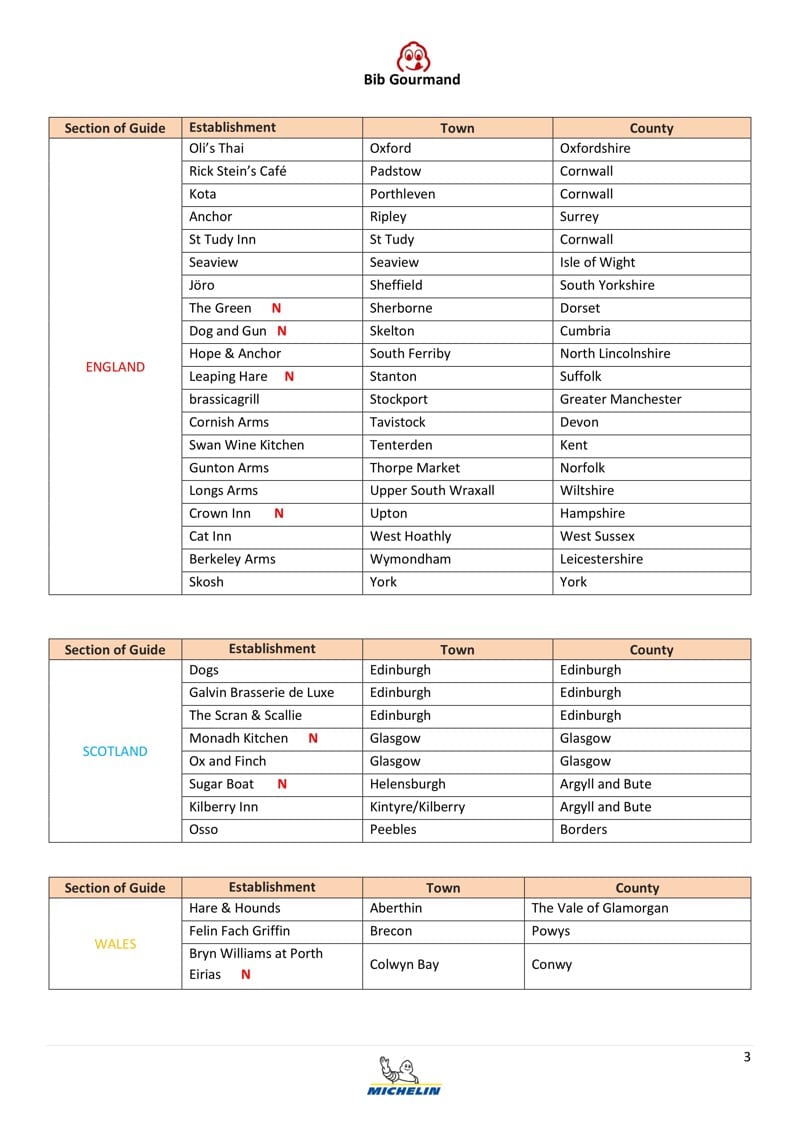 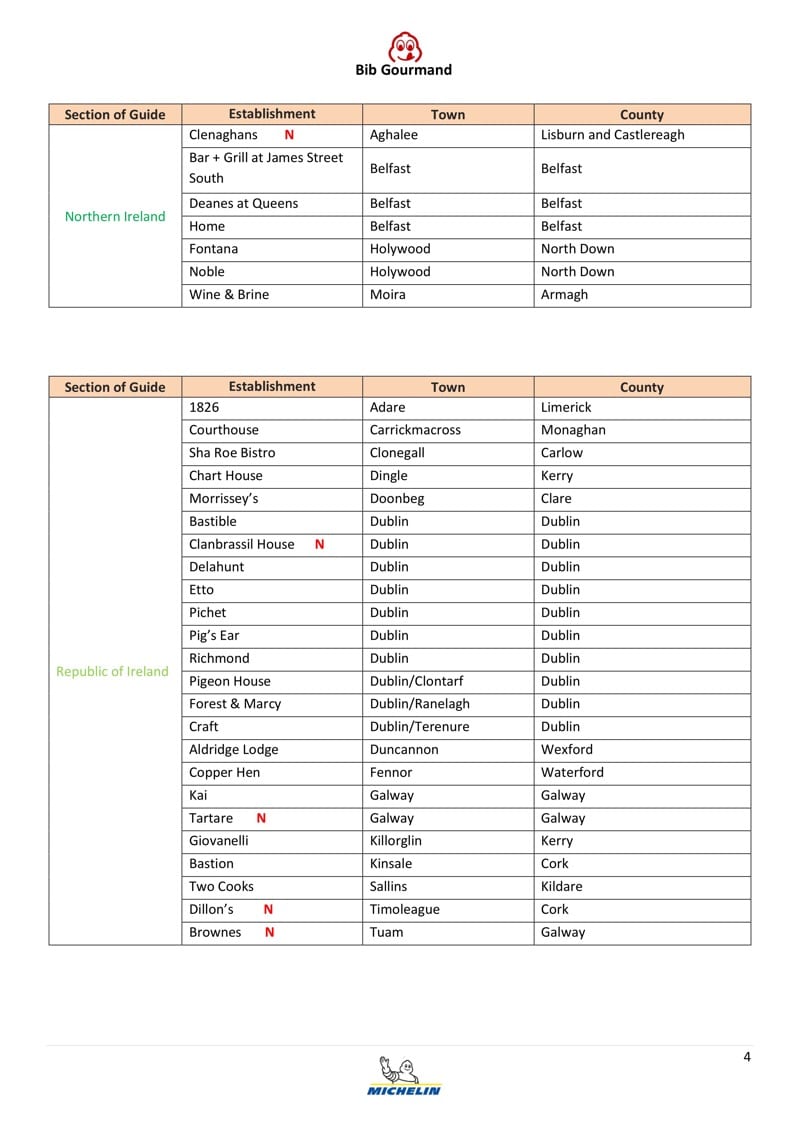 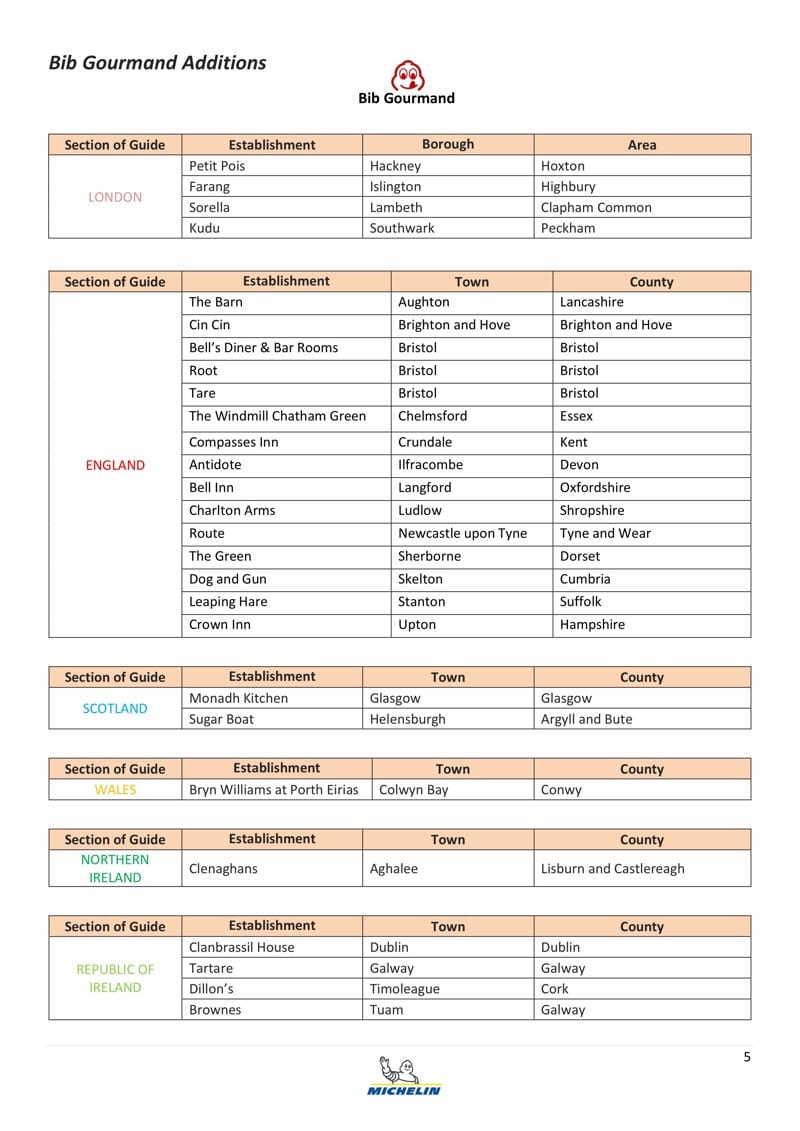