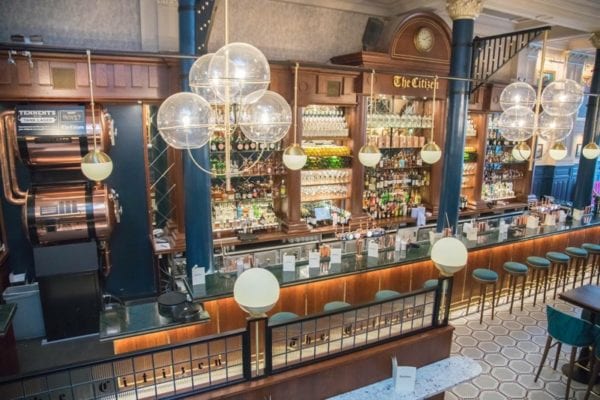 Read all about the latest opening in Glasgow

The Di Maggio Restaurant Group continue their domination of St Vincent Place with the opening of The Citizen.  This beautiful building was once where copies of The Glasgow Citizen and Evening Citizen newspapers were put together. Nowadays it is full of images of local citizens by photographer Charles Hamilton.

If you have visited Anchor Line or Atlantic you will know that the DRG know how to fit out a swish looking restaurant and The Citizen has the same attention to detail and decadence.  Make sure you visit the Editor’s Lounge, with its luxurious private members club feel. 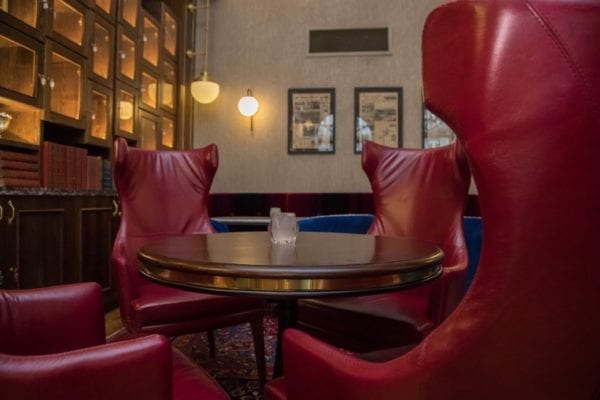 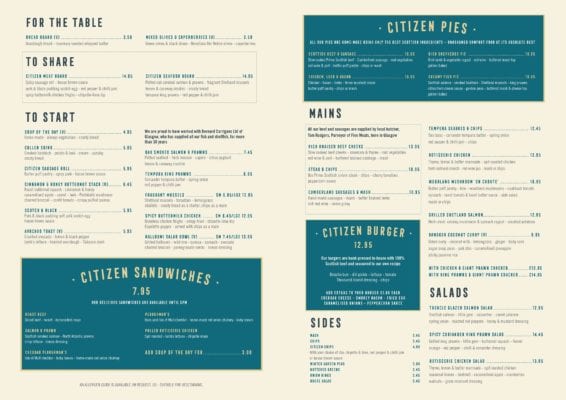 The Prawn and Smoked Salmon with herb mousse starter got full marks from MG. Even more so for the toasted caraway seed bread. Nice! 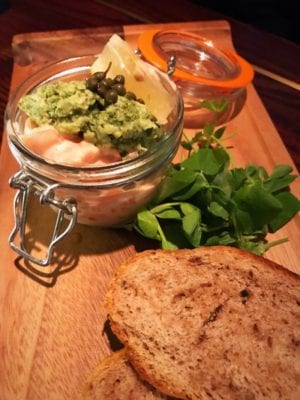 I don’t usually go veggie, but decided to try the Cinnamon and Honey Butternut Stack. Very tasty, but I secretly missed the meat. But that’s just me. It was nice to see a veggie starter on board, and to note that the soup of the day is also always veggie-friendly. 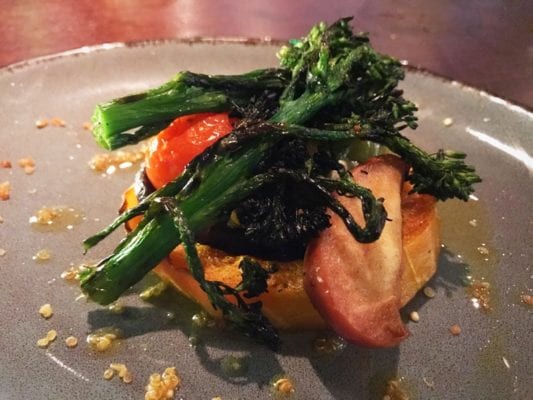 The Steak and Sausage pie arrived looking great. But what would it be like under that pretty crust. A couple of knife strokes later all was revealed. First thoughts, enough meat, but not a bulging ashet. On the other hand the pastry was crisp, the gravy was good, the meat gristle-free and tender, and the chunks of Cumberland sausage provided a nice sage infusion. As pies go, this was good. No fattiness, light and tasty. I would have it again. 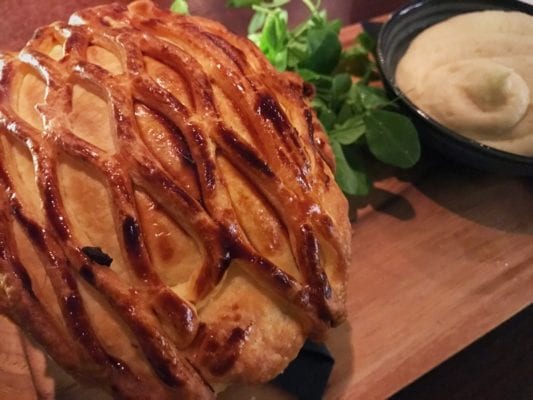 MG’s grilled salmon looked very good. A meaty slice of herb crusted grilled salmon with a served with buttery mashed potatoes and a mushroom sauce. Nothing not to like here. Strike two for MG. Tonight was going her way. 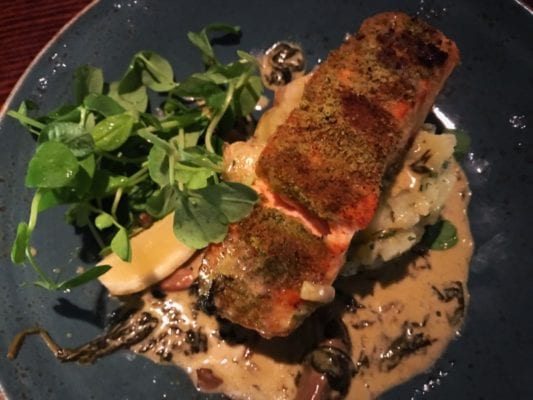 Puddings now…MG had the Toffee Apple Crumble with custard AND ice cream! It was good. Lovely crunchy crumble. Tasty apple with some wee raisins to soak up the juices. I would guess they cook the crumble topping separately to get it so crunchy. It was about now that MG commented on the presentation trays….a sensible way to serve bigger portions. 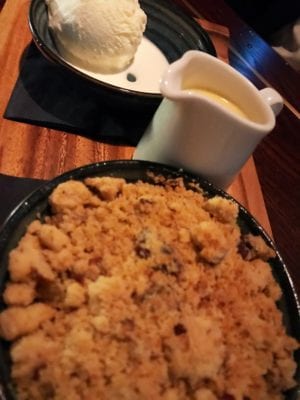 I had an Afogato with Drambuie. A ball of ice cream served with an espresso and a liqueur. Who could ask for more? 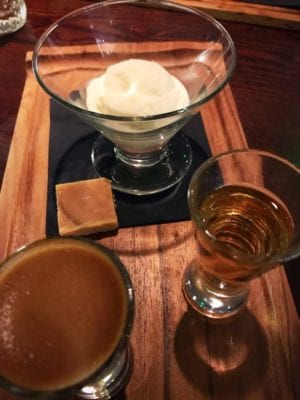 Coffee, tea, another glass of very nice house red and that was us. Happy, fed and feeling distinctly relaxed. The service was great: attentive, friendly and non-intrusive. 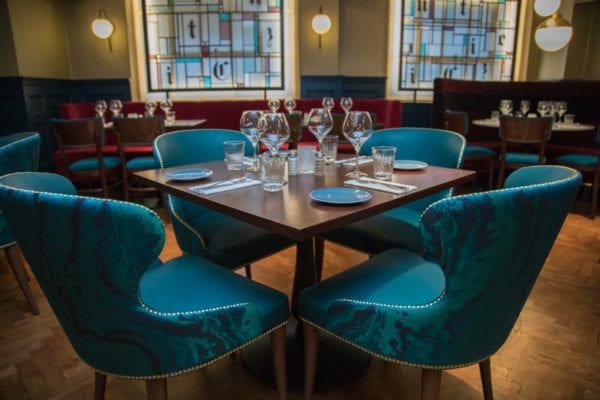 Fred is annoyed he didn’t get an invite but is sure his hoomans are truthful.

Old Father Foodie spent over 20 years working as a chef in and around the Glasgow area. He watched the rise of Lambrusco, the demise of the steak house and still remembers life before Mcdonalds.

He then spent many years working on education projects in Europe. Still a keen cook, he has picked up the odd tip or two along the way and now enjoys sharing them on these pages.