2021 rosette winners announced by The AA

In a virtual ceremony, The AA has announced its 2021 rosette winners with three venues achieving four rosettes and a further sixteen awarded three rosettes.

The four rosette winners are:

In order to receive three AA rosettes, establishments are described as

3 Rosettes: Outstanding restaurants that achieve standards that demand recognition well beyond their local area. The cooking is underpinned by the selection and sympathetic treatment of the highest quality ingredients. Timing, seasoning and the judgment of flavour combinations will be consistently excellent. These virtues tend to be supported by other elements, such as intuitive service and a well-chosen wine list. Around 10% of the restaurants/hotels within the AA Restaurant Guide have three Rosettes and above.

4 Rosettes: Among the top restaurants in the UK, where the cooking demands national recognition. These restaurants exhibit intense ambition, a passion for excellence, superb technical skills, and remarkable consistency. They will combine an appreciation of culinary traditions with a passionate desire for further exploration and improvement. There are very few restaurants with four AA Rosettes.

Looks like Mark has some travel planning to do! 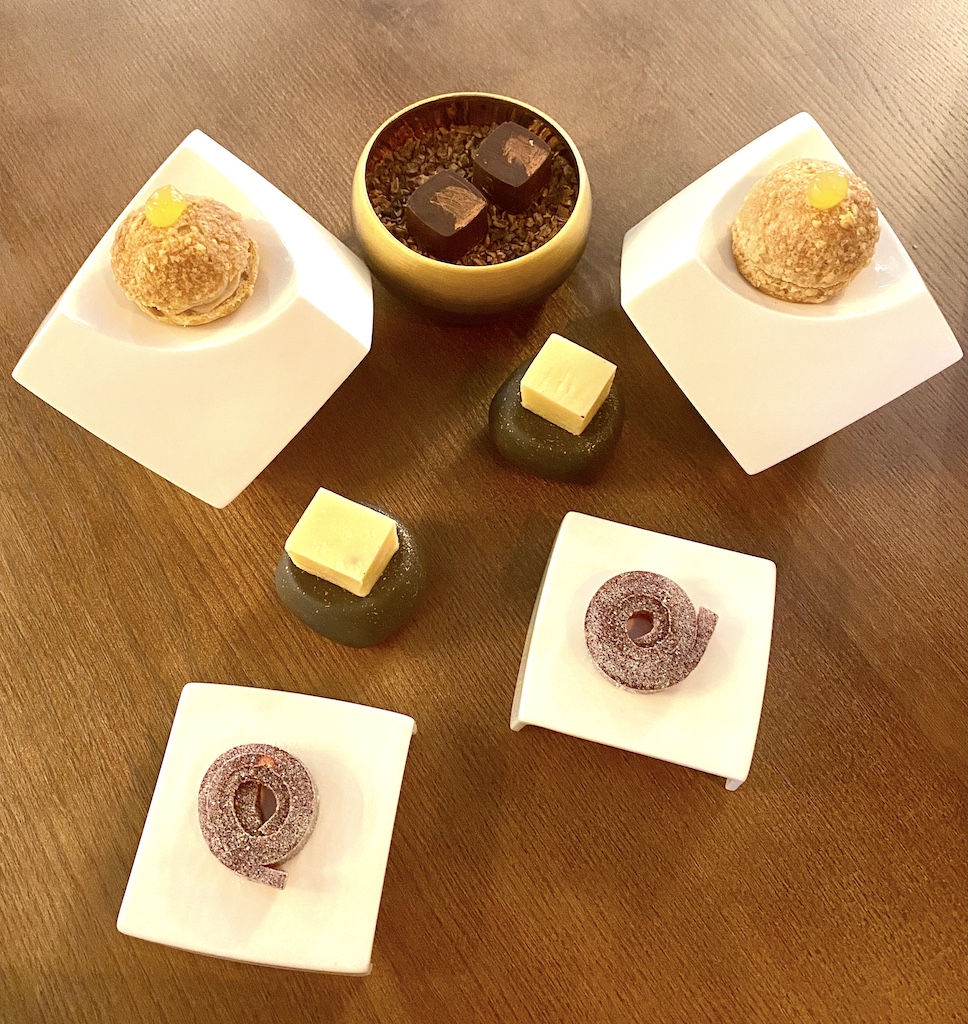 « What to make with a pumpkin 🎃
Recipe : Candy Apple Slices »