The 2018 Michelin Guide Great Britain & Ireland has been released , which highlights a total of 2,067 restaurants and 1,155 hotels and guesthouses worthy of a visit.

London continues to be the centre of all things gastro however across Great Britain and Ireland as a whole there are venues utilising  regional ingredients. Click here to see which Michelin Starred venues we have visited.

The Araki, in London, has been awarded Three Michelin Stars.

“With its nine-seater counter, The Araki has gone from strength to strength. When Mitsuhiro Araki moved to London from Tokyo in 2014 he set himself the challenge of using largely European fish and his sushi is now simply sublime,” comments Michael Ellis, International Director of the Michelin guides. 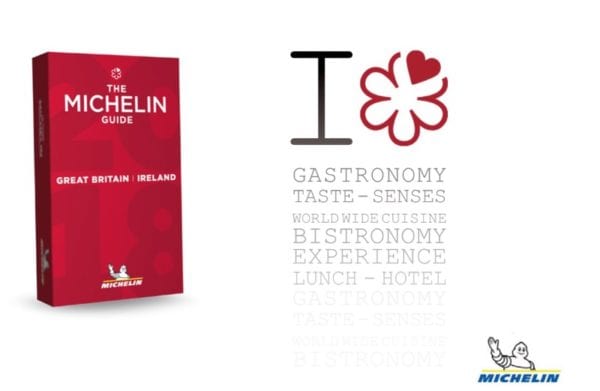 It joins a select group of three Michelin Stars: The Fat Duck and The Waterside Inn in Bray, Alain Ducasse at the Dorchester and Restaurant Gordon Ramsay.

In Ireland, there is now a Michelin-starred pub: The Wild Honey Inn in Lisdoonvarna. In Scotland, Michael Smith earns a Michelin Star for his restaurant Loch Bay, a converted crofter’s house on the Isle of Skye.

Also published today is the Michelin Guide London 2018. Both guides will be available to buy from Thursday 5th October.