Fans of Line of Duty might be missing the action from Superintendent Hastings, Detective Inspector Arnott and DI Fleming, but now Hastings Hotels and McComb’s Coach Travel have created the very first tour of filming locations from the hit TV series. 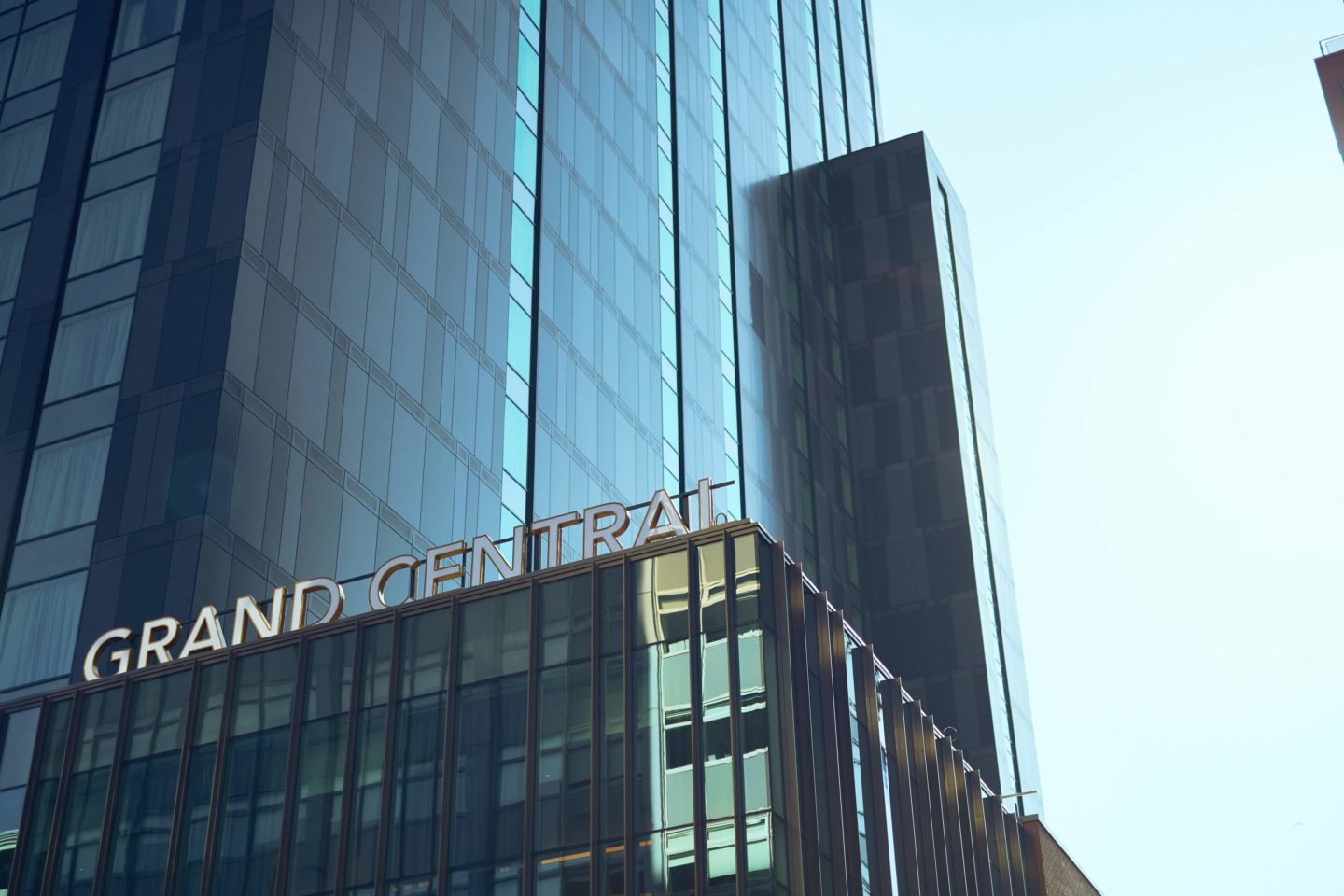 The Line of Duty Overnight Experience, begins with lunch in the Grand Café in Hastings Hotels' Grand Central Hotel Belfast, before a guided tour taking in some of the most recognisable filming locations including the iconic Subway location, the favourite meeting point for Steve and Kate to have their secret rendezvous; ‘Pelbury House’ the headquarters of the Central Police force and ‘Hickey’s Bookmakers’ from the opening scene of series six that first made viewers suspect that DCI Davidson was a bent copper before finishing the afternoon with an AC12 cocktail or Wee Donkey mocktail in the Observatory, Ireland’s tallest cocktail bar in the Grand Central Hotel. Then it’s time to check in for a luxurious overnight stay and full Irish breakfast the following morning. 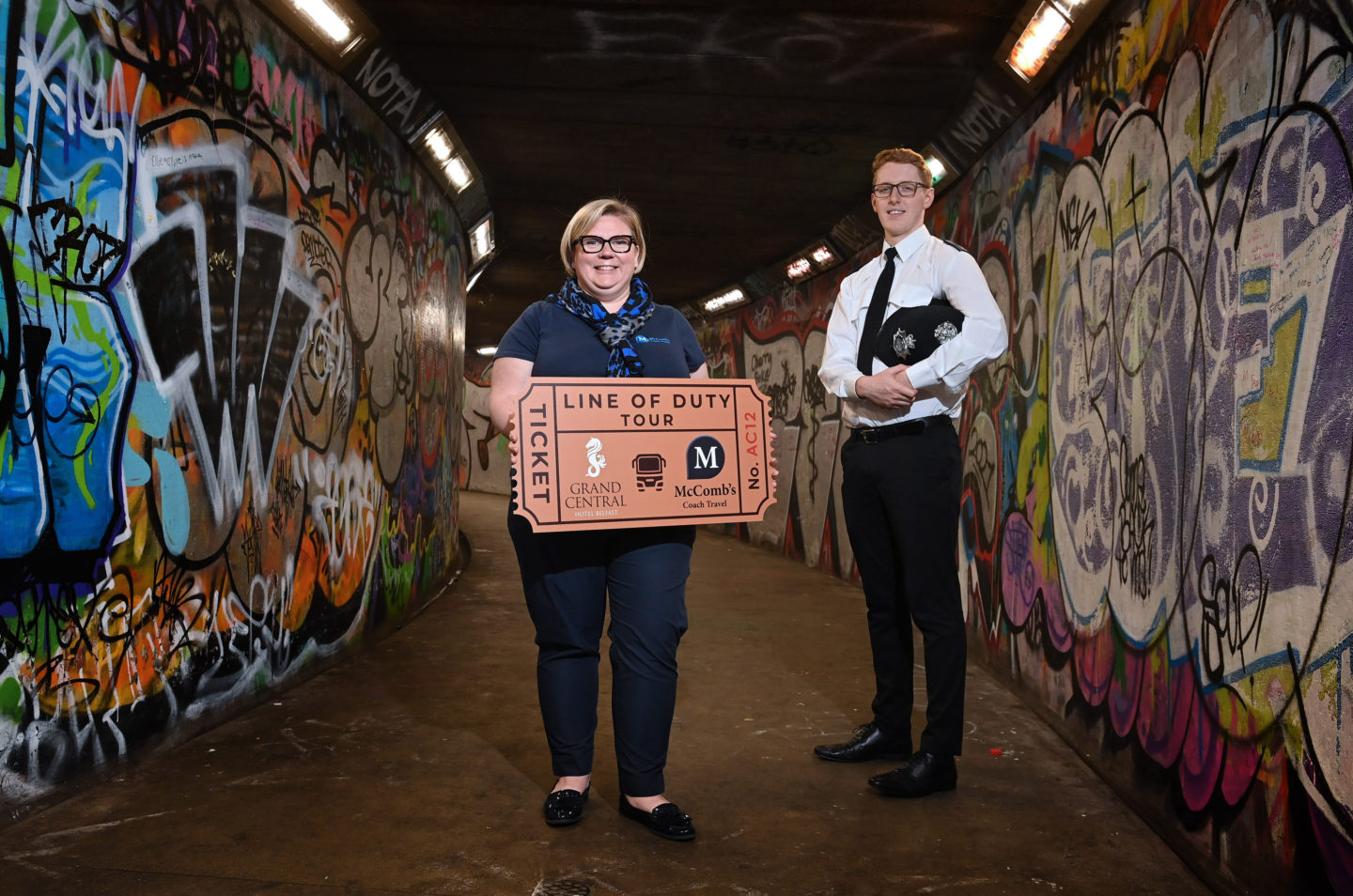 Julie Hastings, Marketing Director of Hastings Hotels said: “Given our namesake with everyone’s favourite Superintendent, we had to be the first to launch a Line of Duty Experience. We are delighted to team up with McComb’s Coach Travel to create this unique tour which takes in some of the most exciting filming locations across Belfast City Centre, a light lunch and finishing off with Line of Duty-inspired cocktails in the Observatory. And while you may not float up the Lagan in a bubble, you will certainly enjoy the best views of Belfast and beyond.”

The tour starts at Belfast’s Grand Central Hotel in Bedford Street, which is located beside the Invest NI building - the setting for AC-12 HQ. After that, various stops across the City Centre, including ‘Pelbury House’ the headquarters of the Central Police force, provided the backdrop of Ted Hastings famous peaked-cap adjustments; ‘Kingsgate Printing Services’. The building used as a front for members of the OCG (Organised Crime Gang); the Lorry Park where Kate shot Ryan Pilkington before doing a runner with Jo Davidson in Series 6 and of course, the iconic Subway location, the favourite meeting point for Steve and Kate to have their secret rendezvous, and perhaps the most striking spot to get that LOD selfie! 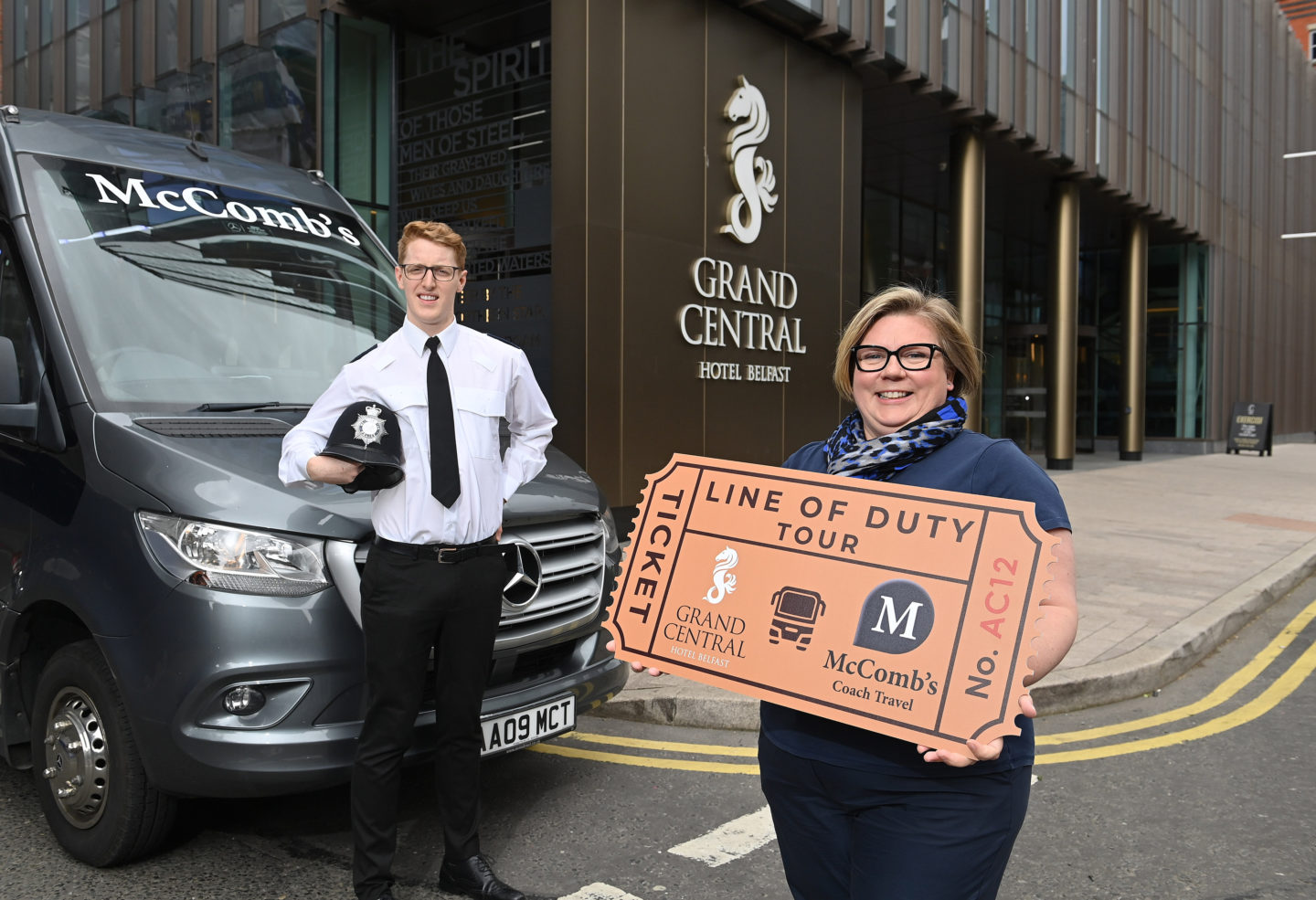 There’ll be the chance to visit the sites of some of the most memorable car chases including the crash from Series 6 when DC Chloe and DI Arnott had been transporting Jimmy Lakewell from prison to AC-12 HQ to interrogate him when the police convoy was attacked by the OCG as well as the bridge where DI Fleming dramatically fired an assault riffle at a fleeing four-wheel drive, killing her dodgy partner and crime gang mole, Dot Cotton.

Other filming locations on the tour include Brentiss Prison which viewers watched prisoners being escorted to, including Detective Superintendent Jo Davidson after her arrest; Tresco Storage, the company used in Series 3 by Danny Waldron to store the decapitated head of Linus Murphy which was later discovered by Steve; and who could forget the incident in the opening episode of Series 6 that first made viewers suspect that DCI Davidson was a bent copper, when enroute to raid the address of a suspect in the murder of Gail Vella Hickies, she redirected the convoy to Hickey’s Bookmakers for what she ‘suspected’ was an armed robbery.

The Line of Duty Overnight Experience is available from £220 per room (based on two people sharing) on selected dates from Sunday 25th July.

To book go to www.grandcentralhotelbelfast.com