Are you visiting the West End Festival Fiesta this weekend? If so you are in for some tasty Belgian bites from Heverlee Beer with their touring friterie

A touring bar and friterie is set to bring a taste of the continent to Scotland’s top live events, as Heverlee announces ‘Le Fritour’, pairing its  Belgian lager, with an equally delicious Belgian speciality.

The fritierie has been fitted within a revamped storage crate to serve up gourmet fries with traditional toppings, alongside Heverlee’s lager. 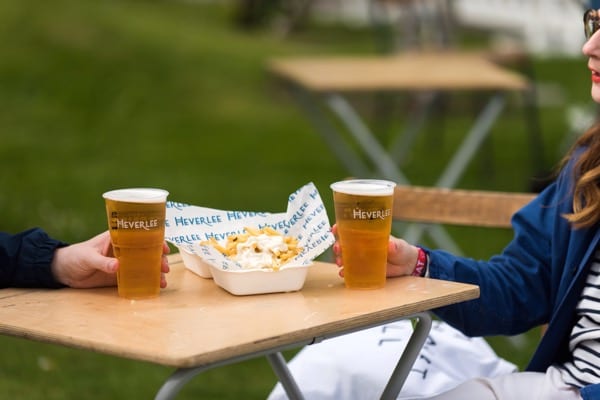 The frite menu will offer Belgian steak-frites, and a choice of  toppings, including bearnaise and hollandaise. A beer garden surrounding the friterie will offer space to sup your beer.

Le Fritour’s first stop will be the West End Festival Fiesta, bringing a distinctly European touch to three of this summer’s most in-demand shows at Kelvingrove Park’s iconic bandstand. The fritierie and three additional Heverlee bars will pop up at the Billy Ocean, Sister Sledge and De La Soul gigs which will close Glasgow’s annual West End Festival over three days (June 24 – 26).

We are delighted to welcome Heverlee Belgian Beer as the official partner of West End Festival Fiesta & and see them as the perfect fit for what will hopefully become a great annual event.

Le Fritour will pop up at a number of other events throughout the year. A full schedule will be listed on Wednesday www.heverlee.com as and when events are announced.