Around the world in 8 huge burgers

Hard Rock Cafes nationwide have embarked upon a 2017 world burger tour. 160 local burgers from Hard Rock Cafes around the globe have been evaluated and whittled down to 8 for limited release in the UK, of which 4 are available right now with another 4 replacing them in June. In true HRC fashion all the burgers are huge half pounders which are featuring on menus in London, Manchester, Edinburgh and Glasgow. They are: 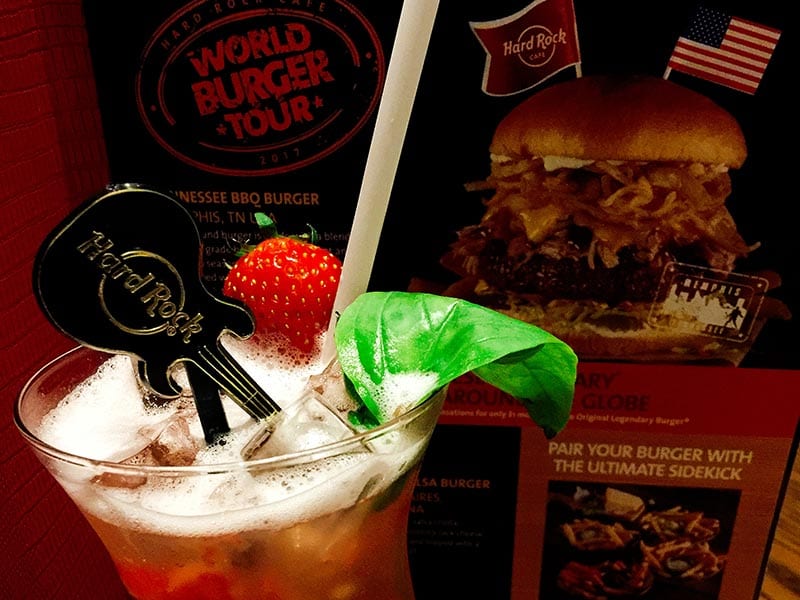 A selection of cocktails to pair with the burgers are also available. Such as:

As I was there at lunchtime I was a pure bore having a strawberry basil lemonade mocktail instead but it was very fruity and refreshing (don't let the idea of basil in a cocktail put you off!) 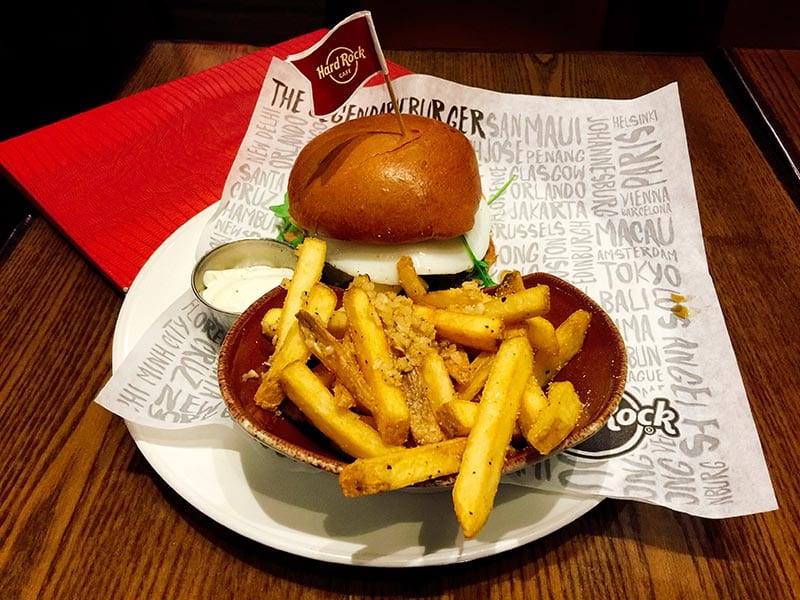 I chose the Argentinian tango salsa burger from the 4 current specials, specifically because I'm fond of fried egg on a burger which certainly isn't everyone's cup of tea, but if that appeals to you it was cooked with a gooey yolk. The burger itself was expectedly large with a plentiful amount of topping so it took some time to finish (so filling was the burger that I ate no dinner that evening!).

Alongside your chosen world burger you also have a choice of classic seasoned fries or artisan fries such as chilli seasoned fries with chipotle garlic ketchup, garlic fries with garlic aioli, garlic & herb fries with chimichurri mayo or Parmesan Romano fries with garlic aioli. My server recommended the garlic fries...unless I planned to snog some vampires that evening. I had no such plans and so the fries sprinkled with a healthy amount of garlic salt were ordered! If you love garlic then I'd heartily recommend these but bear in mind that a little garlic goes a long way so your breath will probably ward off more than just vampires!

In keeping with previous visits to HRC, portions were massive so it was an effort to clear my plate (which I did eventually!). I love garlic so the fries were wonderful. All burgers are £15.25 with artisan fries costing an extra £1 which may seem excessive but this did me for lunch AND dinner. We missed their St.Patrick's day Guinness burger in March so it's good to see more limited edition dishes on sale at Hard Rock. Service was quick and friendly though toilets were not checked on this visit.

If you fancy any of these world burgers then get down to a Hard Rock Cafe before they disappear off the menu! I might come back in July to give the plantain burger a go as it looks the most unusual!

Hard Rock Cafe, Buchanan St, Glasgow
Public transport: Right next to Buchanan St underground station/Queen St railway station. Central station and Buchanan bus station are both under 10 minutes walk away and buses such as the First 38 stop even closer by.

Disclaimer: Mr Foodie got free grub but the waitress tried to charge him so didn't give him any special treatment but the treatment he got was very attentive plus she worked vampires into the conversation, which is Fred's favourite Halloween costume. Just imagine him with a cape and fangs, go on...cutest Dracula ever right?

« 2017 Scottish Craft Butchers winners!
Love Sushi? All you can eat at Wholefoods Giffnock »