Just when we thought Glasgow couldn’t handle another burger joint, American chain Smashburger arrives.  They open officially tomorrow (19th October) at the side of the Sauchiehall Centre (where Flying Tiger is). This is their first venture into Scotland with a Dunfermline restaurant also opening soon.

According to a Smashburger, their mission ‘is to bring a fresh approach to burgers and help the nation “burger better”. That’s what we’re dedicated to, no, obsessed with — making burgers you seek out, something you crave. To us, beef isn’t a burger until it’s smashed — and only the best quality, freshest beef. On a hot, buttered grill, we smash down, sealing in the flavors & caramelizing the burger, making it the juiciest, tastiest burger on the planet. We pile it high with fresh toppings & bring it straight to your table so you can see what a real burger looks like.’

How delicious does that sound? Myself and Colonel mustard visited during their preview opening today to get the lowdown… 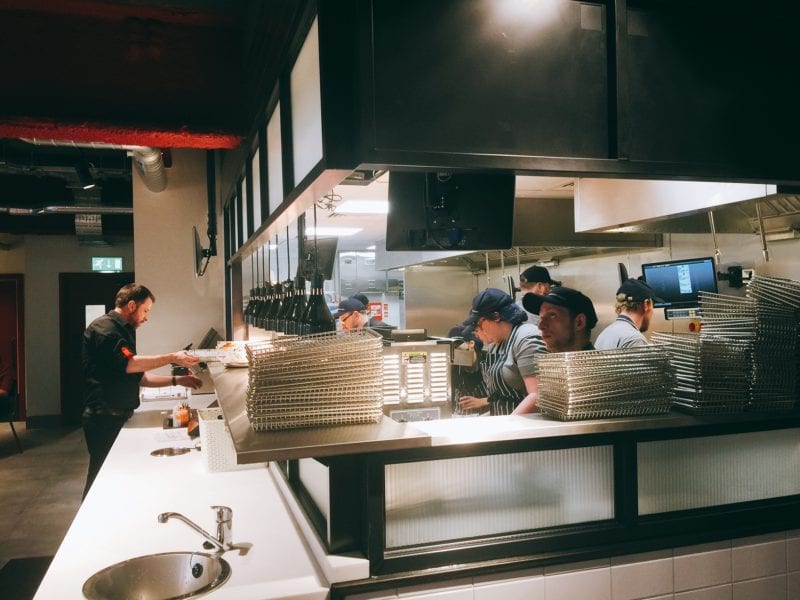 The kitchen was pretty busy looking when we arrived shortly after opening! 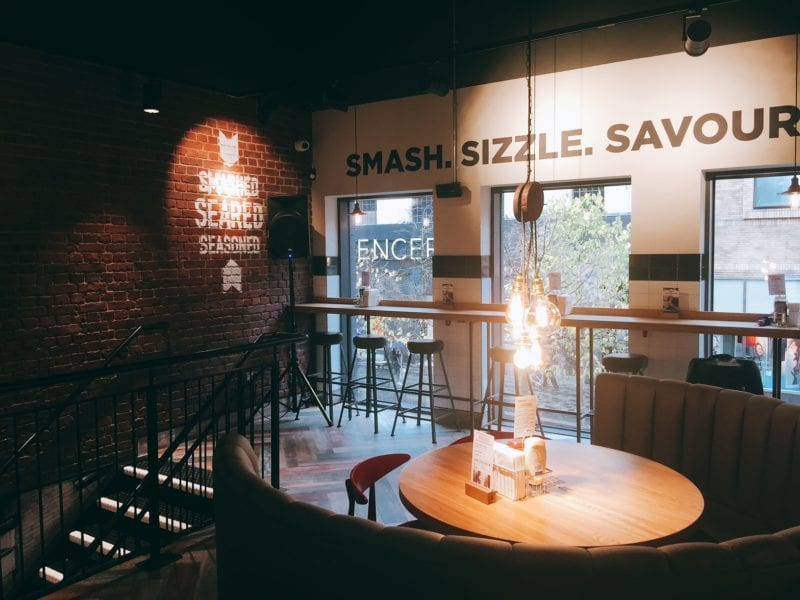 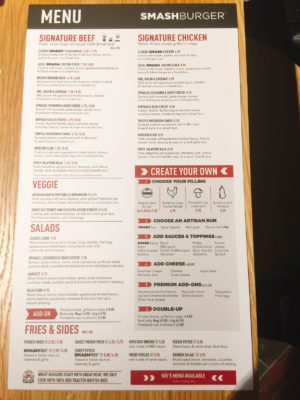 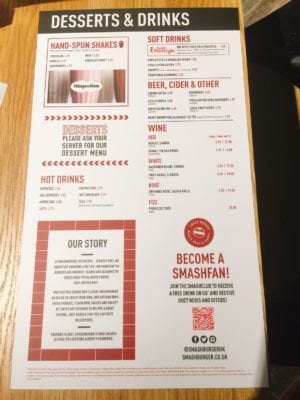 Once you’ve made a decision pay at the till and the server will give you one of the wee buzzers to let you know when your order is ready. 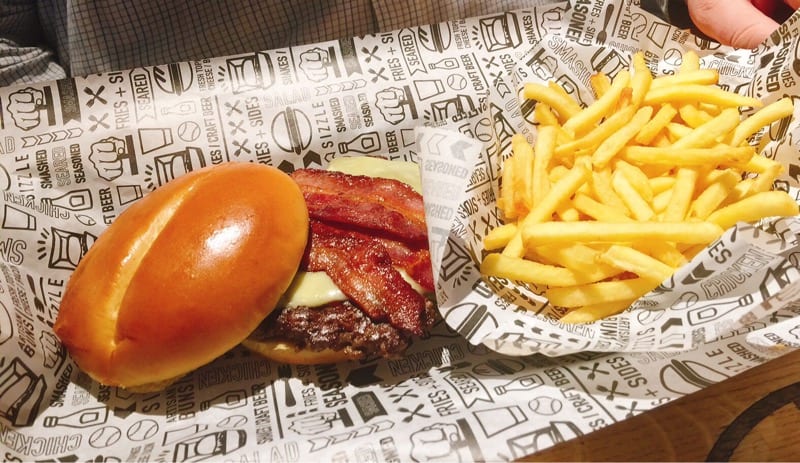 The burgers came out presented like so – the one above is the BBQ, bacon and cheddar burger (£7.25), with the haystack onions removed at the Colonel’s request – he doesn’t do onions! The colonel was impressed by the very photogenic burger with expertly cooked rashers of bacon. When a member of staff came to take our empties away she said the onions were the best bit though! On the side is a regular portion of French Fries (£2.75). 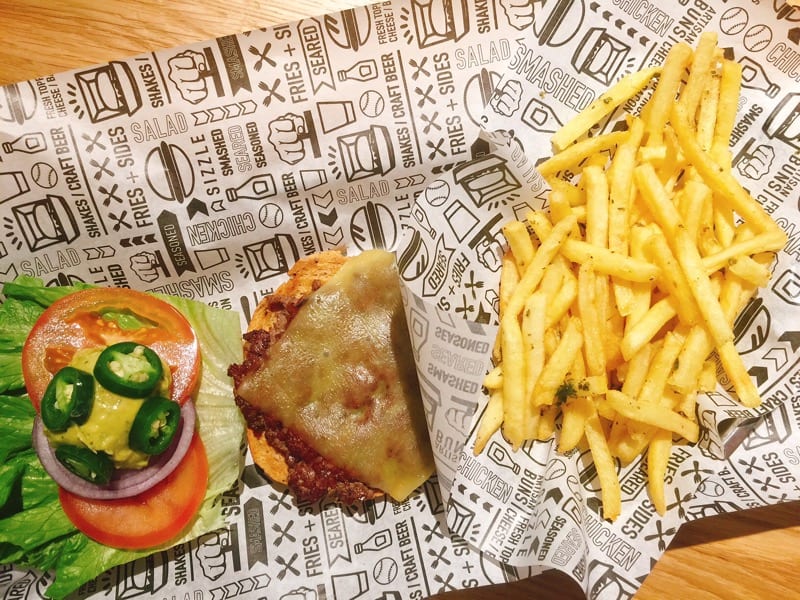 And this is the Spicy jalapeno baja (£7.25) with a really tasty spiced chipotle bun, which I thought was just a seeded bun at first. Heatwise it was comfortable but I also took the hot sauce to dip my fries into and this delivered a fair amount of heat! The red onion on the burger was especially fresh and crisp. On the side are SMASHFries (£2.95) which have additional rosemary & garlic seasoning, however, I’d say that this portion was underseasoned. 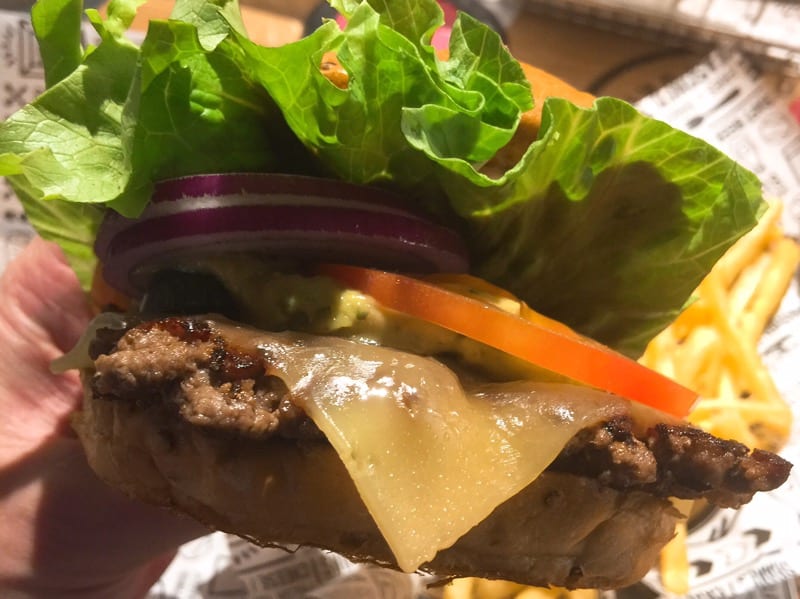 Here’s a close-up of the baja!

Initial impressions are very positive. The patties are typical fast food size and both burgers looked the part and were devoured quickly. My only criticism was the lack of seasoning on the SMASHfries which is easily remedied so I look forward to returning for a proper visit once they’re fully operational.

Drinks were from one of the Coca-Cola Freestyle machines (£2.95 for unlimited refills) like you get in Five Guys and the like. Toilets were not checked but I am sure they were gleaming!

Disclaimer: We, along with a number of bloggers, journalists, and other guests received a complimentary meal today. Feedback was provided to staff.