Semi-Finalists for National Chef of the Year

Chef Gary Townsend has reached the semi-finals of the National Chef of the Year competition after creating a stunning three-course menu.  Gary, Head Chef at luxury hotel One Devonshire Gardens, Glasgow, impressed Michelin-starred chef, Paul Ainsworth, who leads the judging panel. Gary is one of just 33 chefs still in the running to take the most sought-after title in the British culinary scene.

Gary created a unique three-course menu telling his story of the pandemic through food to make the semi-final shortlist. Menus included a vegetarian starter incorporating ingredients on the KNORR® Future 50 Foods list. These ingredients have been identified with the support of the WWF as having a positive impact on the environment, improving the diversity of the crops we consume, and having excellent nutritional credentials.

The main course focused on supporting British suppliers on land and at sea with a dish incorporating both meat and fish, whilst desserts had to reflect the start of the pandemic when ingredients were sparse, and households turned to baking for comfort.

To get to the final, Gary has been working on a small signature dish that sums up his experience of the pandemic year of 2020-2021 in just two to three bites. 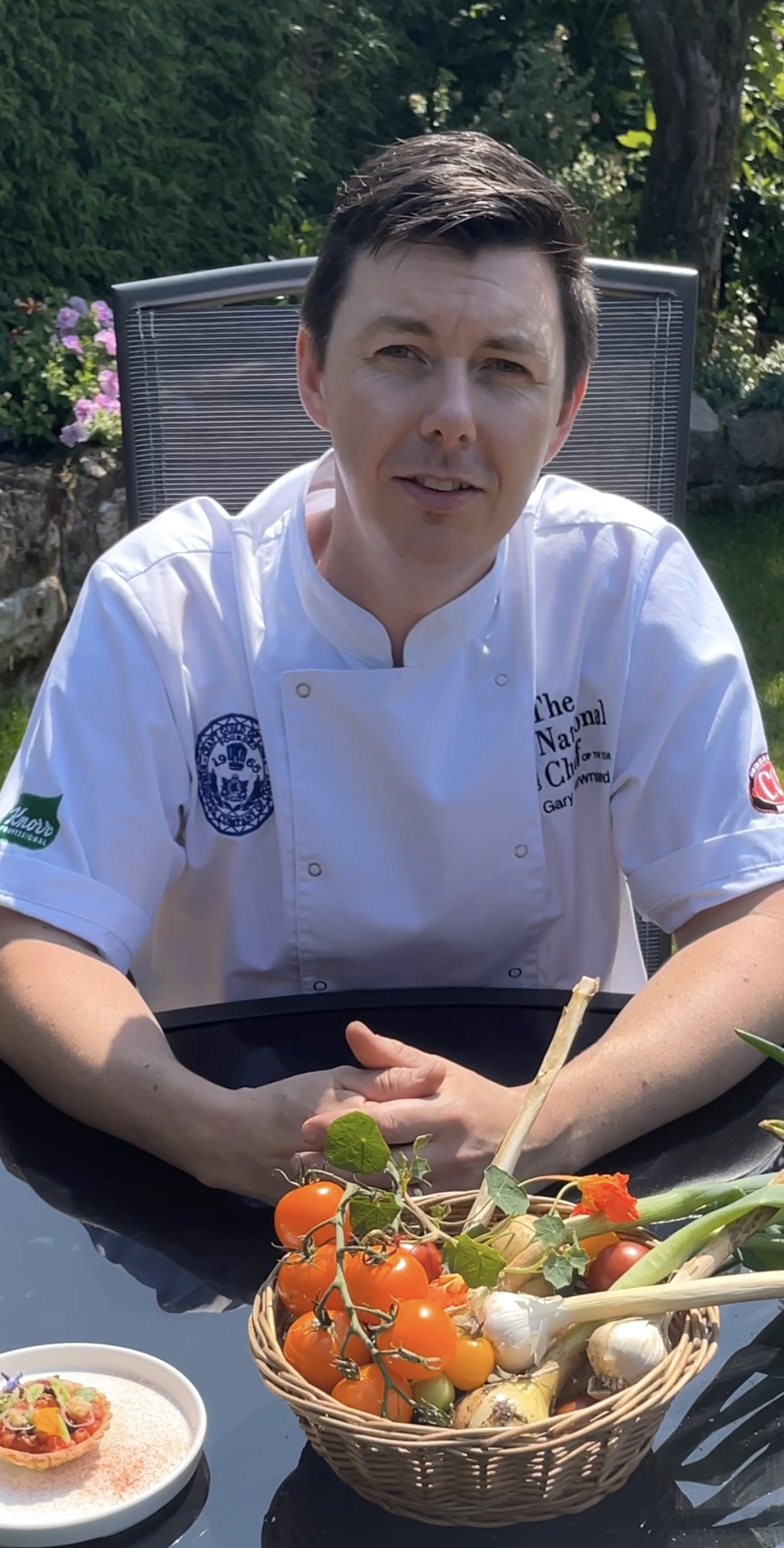 Gary said: “Thinking through life experiences and using food to recreate memories and stories for the development of the NCOTY dishes has reignited a real passion in me, I’ve had fun working on the concepts which are bold and creative. I’m delighted and super excited to make it through to the semis – I’ve everything crossed for a place in the finals!”

The top ten chefs will be revealed live on the Craft Guild of Chefs Instagram channel by the Chair of judges, Paul Ainsworth and organiser of the competition, David Mulcahy on Thursday, 12th August 2021.

NCOTY is run in partnership with KNORR and supported by CCS, Churchill, Rational UK and Le Cordon Bleu.