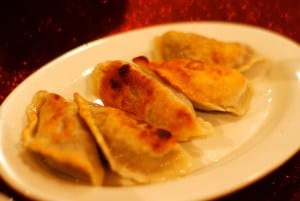 Chop Chop, located in Glasgow’s Mitchell Street has closed down after a brief opening in the city centre.

Jian Wang and husband Roy King already had a successful restaurant in Edinburgh’s Haymarket and had expanded to Leith before moving to Glasgow We had visited their Leith outlet and loved the dumplings and the Chinese style of eating. The Leith restaurant closed and Michelin Starred chef Tom Kitchin expanded into their premises from The Kitchin restaurant next door.

They soon opened in Glasgow but never seemed to reach the number of customers seen in their Edinburgh restaurants.  I don’t think the location helped either, that stretch of Mitchell Street could do with an upgrade to encourage visitors.


Another one going in Glasgow is  Trading House.  The restaurant and bar, opened in 2015,  on St Vincent Place and seems to be struggling.  Probably not helped by the expansion of Anchor Line next door. Here’s hoping the staff get jobs quickly and the building gets snapped up as well.