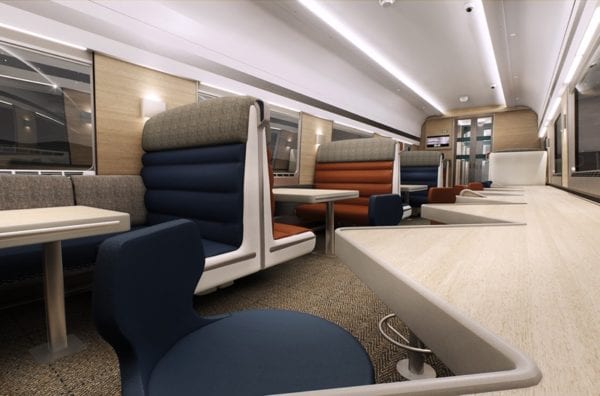 The new £100m fleet of Caledonian Sleeper trains have arrived in the UK ahead of their introduction to service later this year.  With the new trains,  will be a new pricing system as well as some transitional changes.

The 75 new carriages will start appearing in October 2018  initially  on the ‘Lowlander’ route between London and Glasgow/Edinburgh. 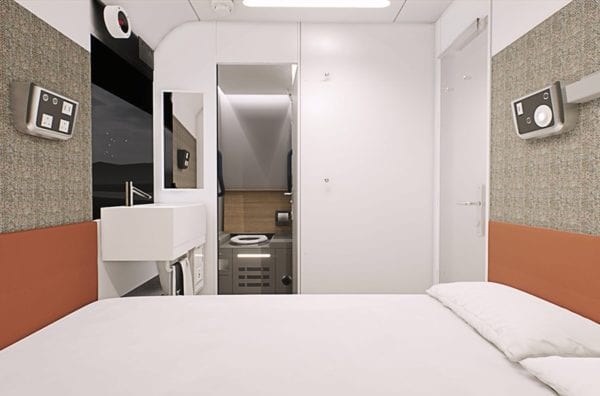 Humza Yousaf MSP, Minister for Transport and Islands, said: “The Caledonian Sleeper is an iconic rail service, recognised in Scotland and across the world. The introduction of new rolling stock, with features new to UK railways, can only enhance its reputation. The arrival of the first trains to Scotland for testing is a major milestone and one that brings us closer to their introduction from October of this year.”

The new trains will have

Classic, Club and Suites will also be available as fully accessible rooms for guests with reduced mobility

Other new features will also be included, such as a hotel-style key card entry system, more accessible rooms, charging panels and WiFi throughout the train.

One big change will be guaranteed solo occupancy, unless you choose to share with a partner.  Previously you could share with a stranger (of the same sex).  Mrs Foodie has done this before and it was OK, no mad axe murderer there!

Pricing and accommodation options for the current trains will remain in place until new trains are introduced in October, with transitional pricing then coming into effect on the ‘Highlander’ route.

To find out more about Caledonian Sleeper, visit sleeper.scot.