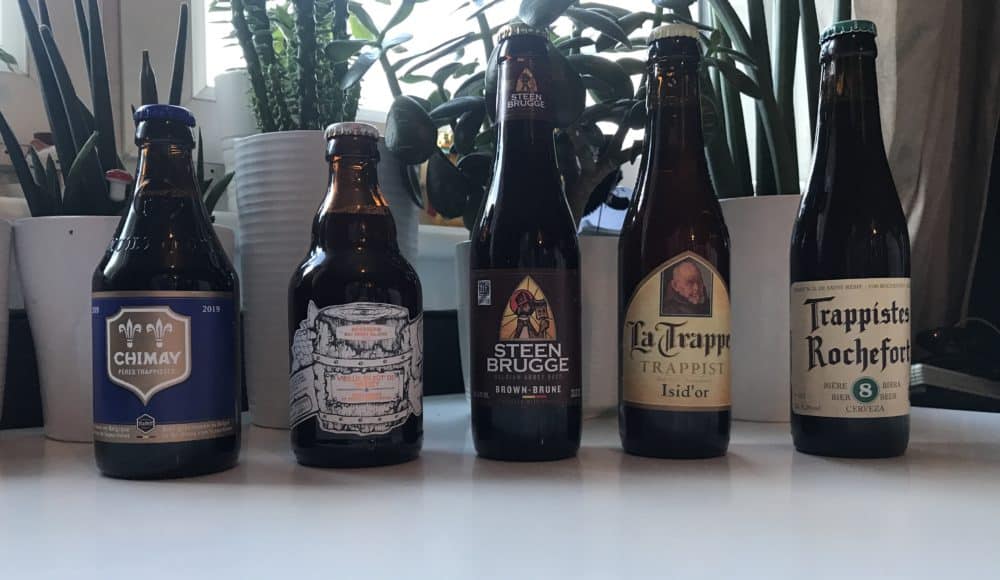 Saturday 25th January 2020 is Burns Night when Scotland celebrates its National Poet, Robert Burns.  Normally, whisky will be drunk in copious amounts to toast the bard.  However, have you ever thought about beer?  Beerwulf – online craft beer shop, sent us a selection to try alongside our haggis.  So beer paired with haggis, let’s make this a thing!

Beerwulf picked a selection of strong Belgian and Dutch beers that would be able to tackle the spicy flavour of haggis, which was right up our street having just spent New Year in Namur. These were Chimay Blauw, Steenbrugge Double, LaTrappe Trappis Isid or, Trappistes Rochefort 8 and Vieille En Fut De Whisky. We decided to pair beer snack haggis bon bons, as well as black pudding bonbons for a mix of Scottish flavours. It also gave us an excuse to dust of our very peculiar Kwak drinking glass. 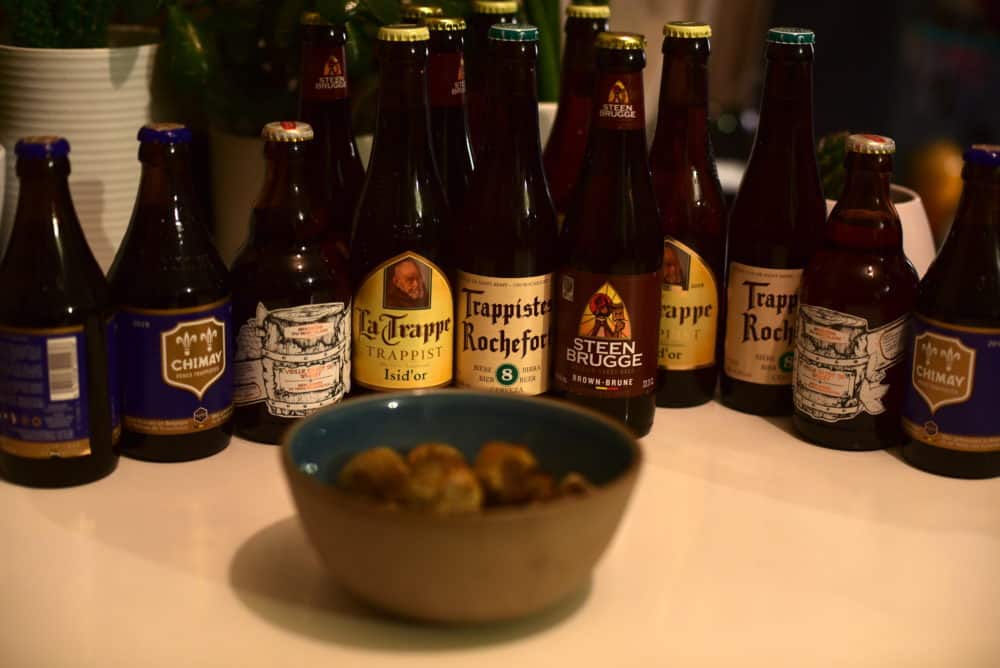 First up, Steenbrugge Double.  This is a subtle brown beer from Brugges.  The beer is brewed with a herbal mixture.  Don’t worry, it isn’t Jaegermeister in beer form!  The taste is of malty caramel with soft fruits. At 6.50% it’s the lightest of the selection and is easy to drink alongside the haggis and black pudding. 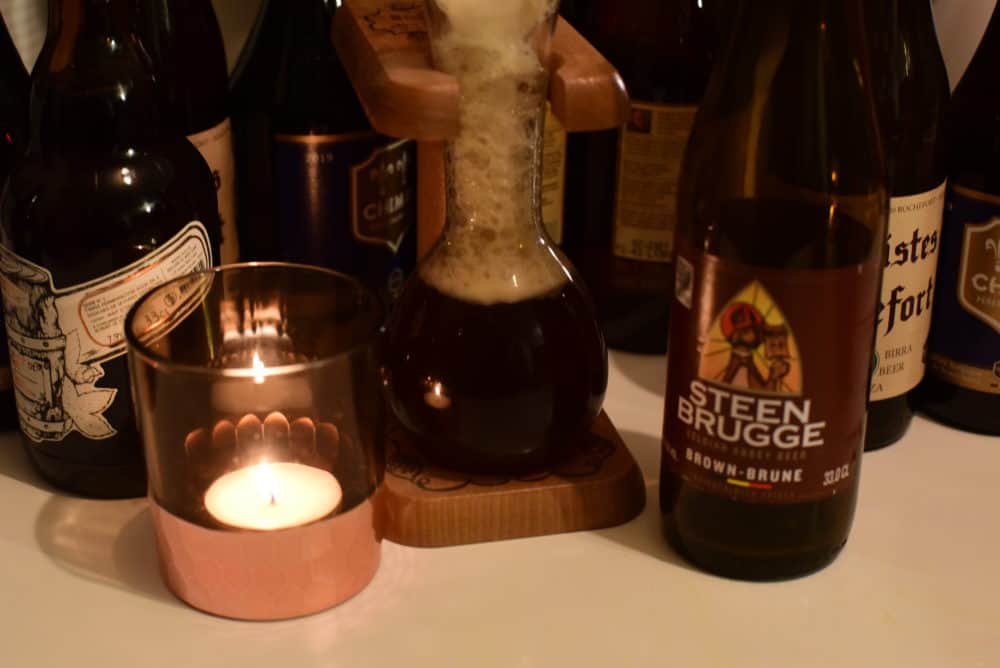 Next up, a La Trappe Isid’or by Bierbrouwerij De Koningshoeven.  At 7.50%, this was slightly stronger than the Steenbrugge but not noticeably so.  So, a fruity start to this beer, with growing caramel tones ending up with more of a bitter taste. Thumbs up alongside both the haggis and black pudding. 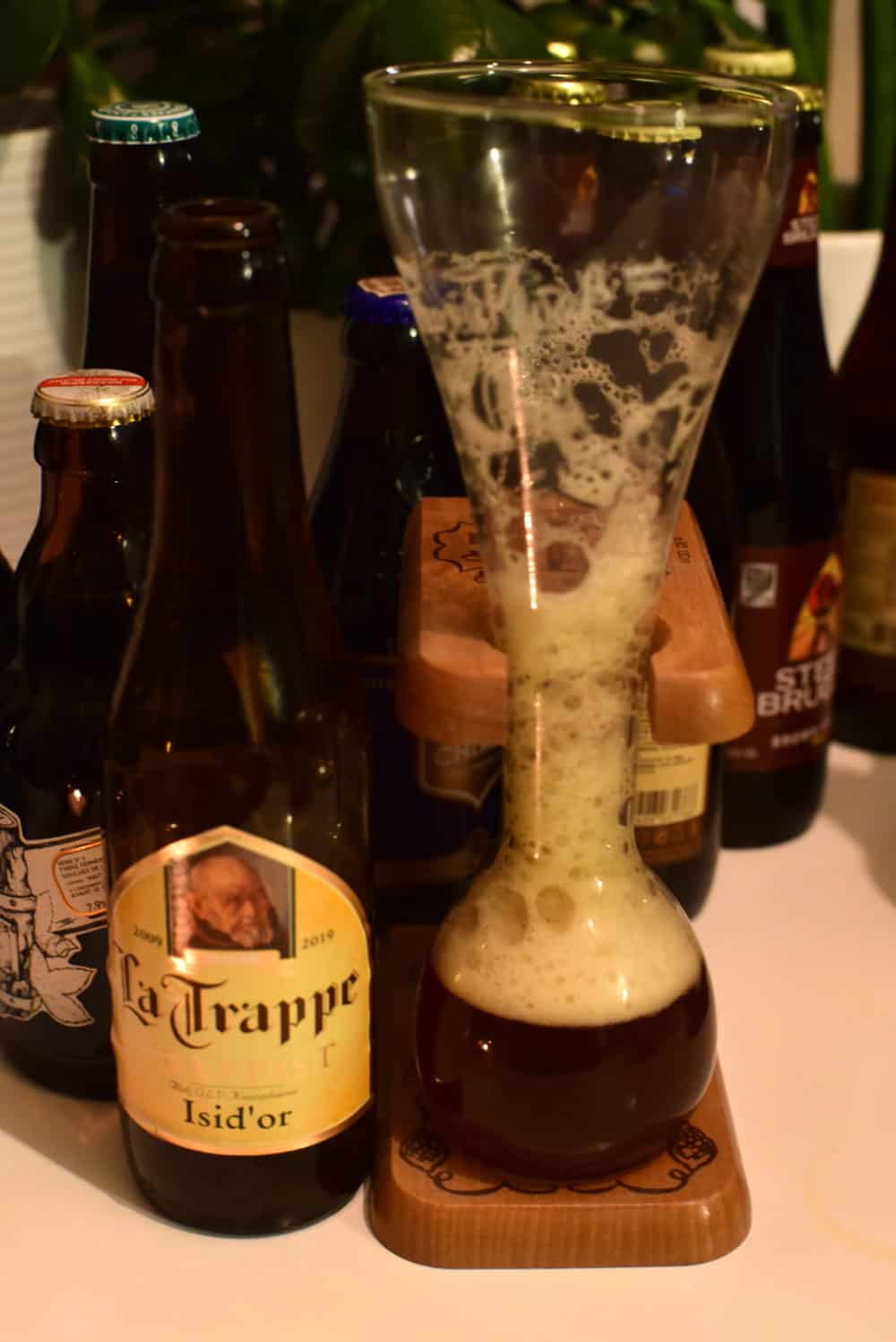 Vieille En Fut De Whisky  is definitely the star of the show and thumbs up from all of us.  A warming amber beer, which is aged for 6 months in whiskey barrels. Lots of fruit and vanilla notes.  This triple fermented beer is full of flavour and almost begs to be drunk beside haggis. 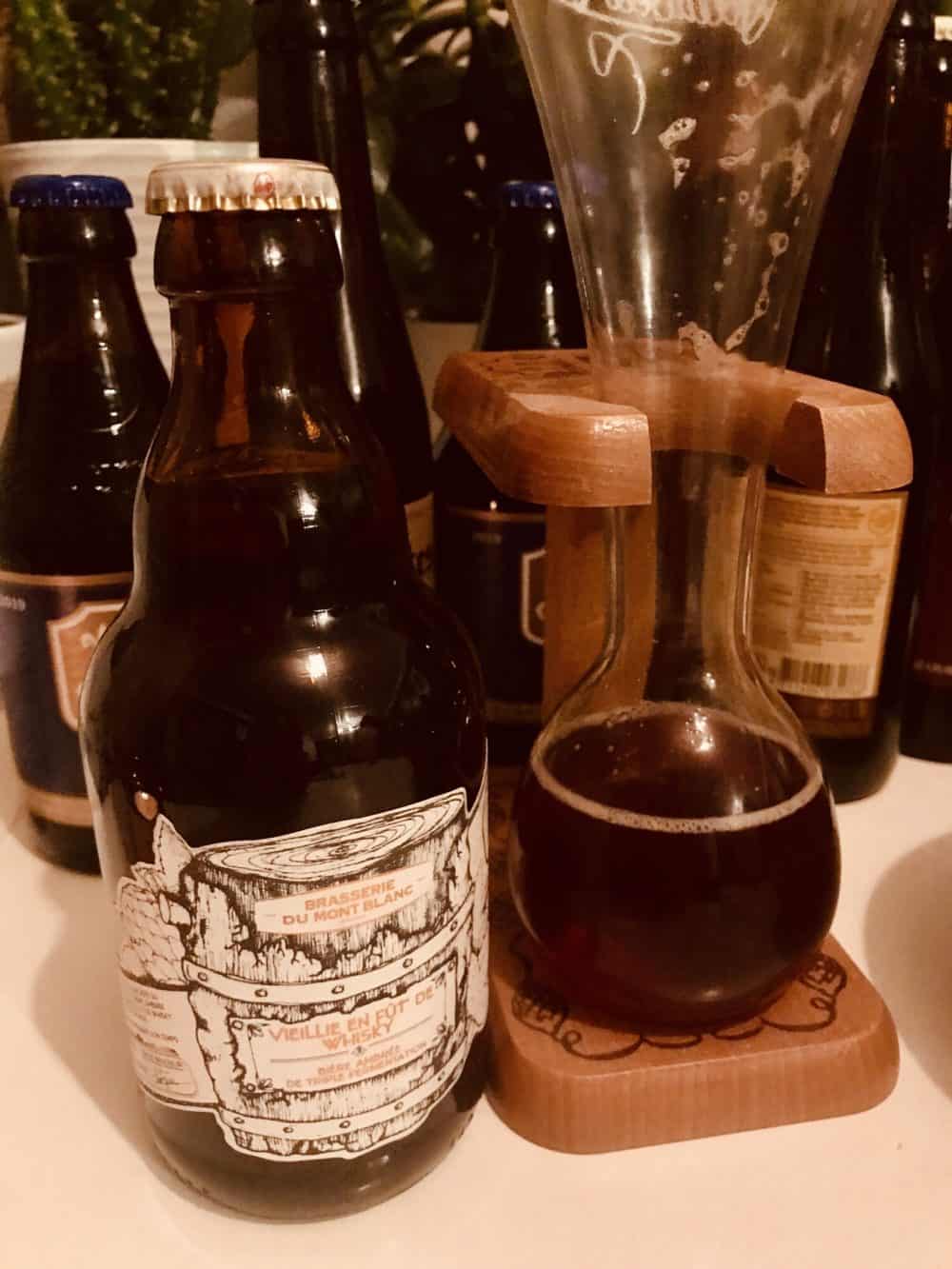 Chimay Blauw is 9% and tastes it. Originally intended as a Christmas beer, Chimay Blauwe has been available year-round since 1954. A powerful, warming beer with aromas of caramel, toffee and dried fruit. Funny story – when Mr Foodie was in Belgium for the first time he tried buying a bottle of this but the barman would only sell him the weaker 7% Red beer haha!

Finally, we reach  Trappistes Rochefort 8 and it is 9.2% of Trappist beer.  Its amber colour and full sweet aromas of caramel, toffee and chocolate give it a lot of different flavours to work with and balance out the haggis.

After all that we were a wee bit merry!

Thank you to Beerwulf for the beer and the opportunity to find out how well beer and haggis work together. Our beers came quickly and well-packaged.  If you don’t like whisky and want to toast the bard then there’s still time to arrange a beer delivery! 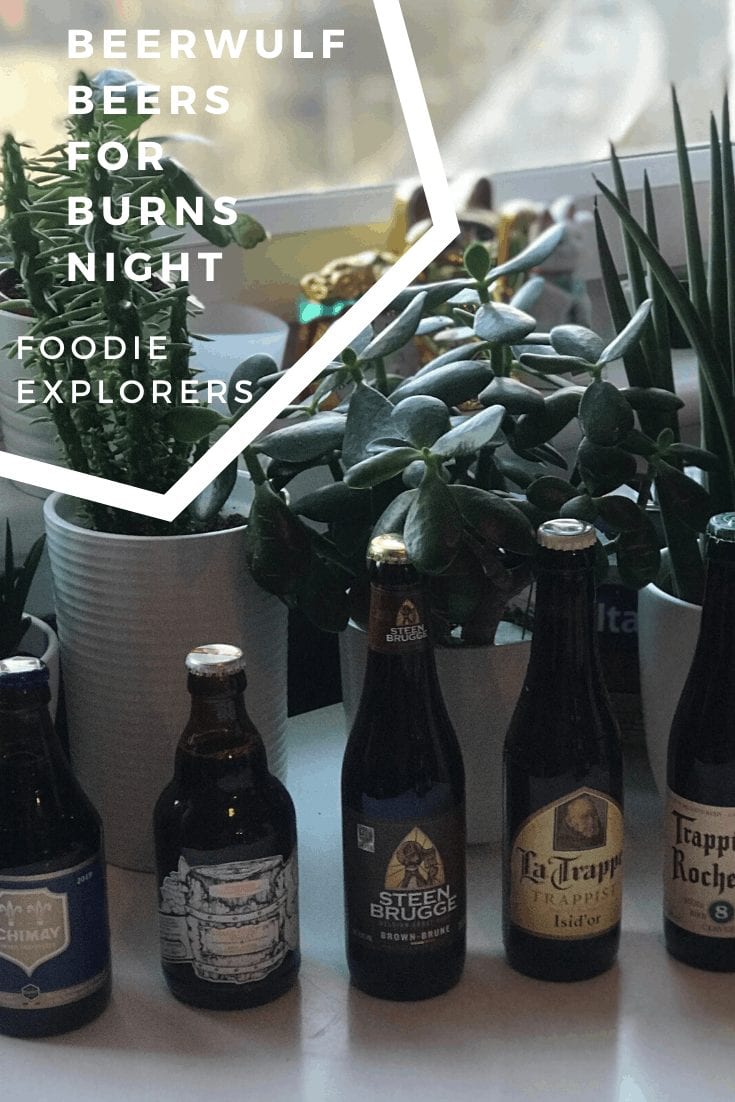 Disclaimer: we received complementary beer but Fred says we gave him extra treats we were that merry so everyone was happy!